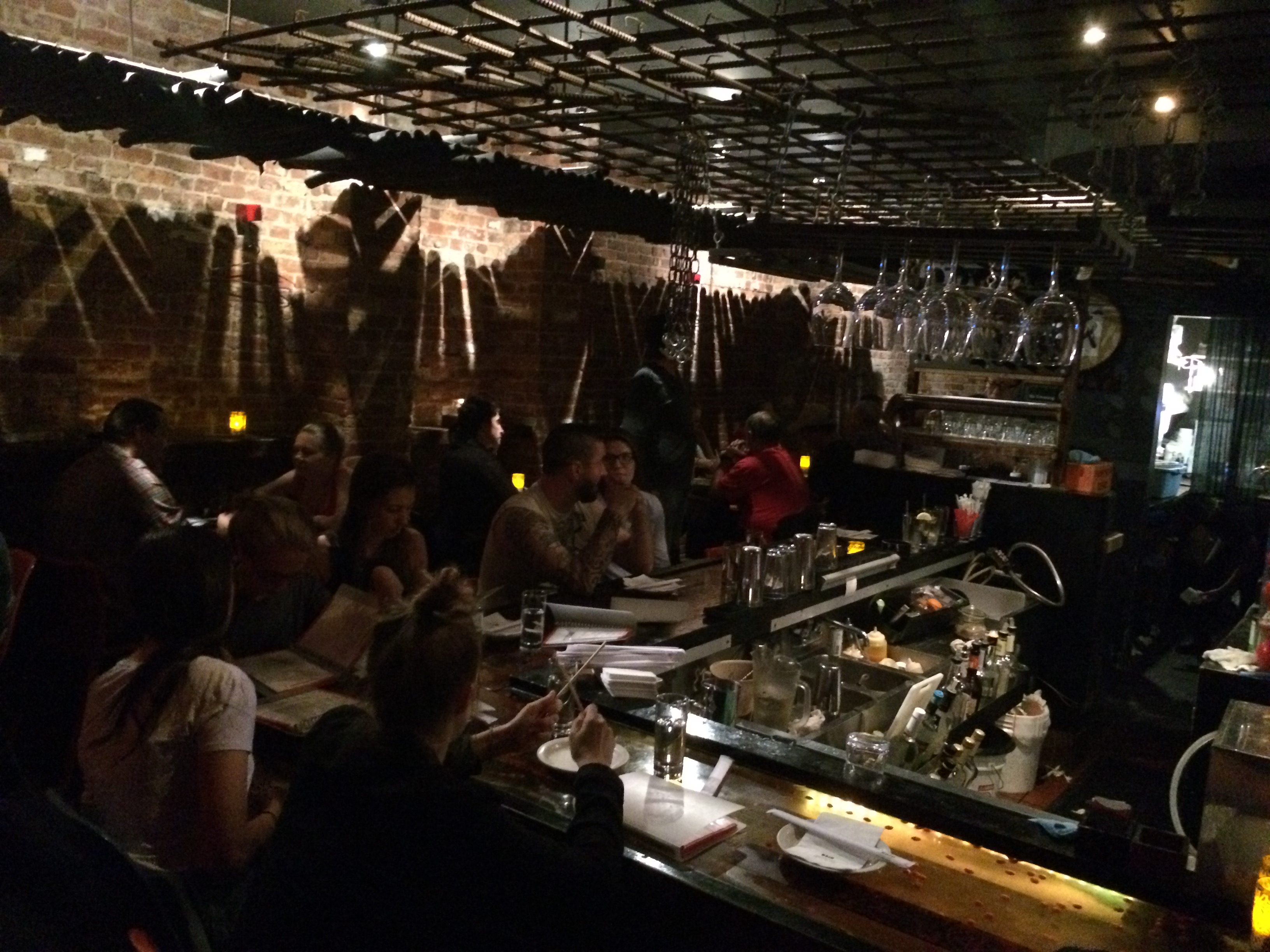 No Sleep Til Brooklyn: Bites at Bozu

I love sushi and I love tapas. Though these are generally not served in the same restaurant, Bozu defies all rules with their Japanese tapas, aka sushi bombs. 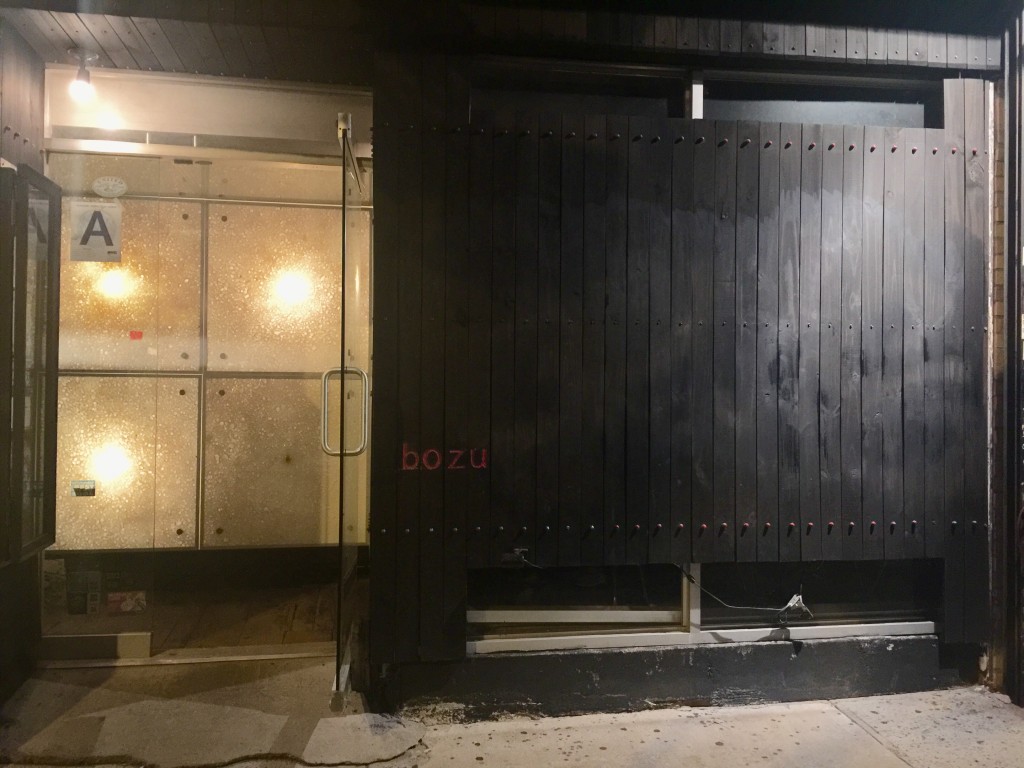 Bozu, pronounced Bose, is located behind an unassuming black door in the hipster haven of Williamsburg. The Japanese fusion restaurant has an extensive menu that includes shocu, an extensive array of seafood, and what they call “sushi bombs.” Intrigued by the concept, I ordered the party bomb platter which consisted of Pink, Mc Low, Spicy Mc Bomb, and Una bombs. I also ordered the pork betty and Japanese fried chicken. 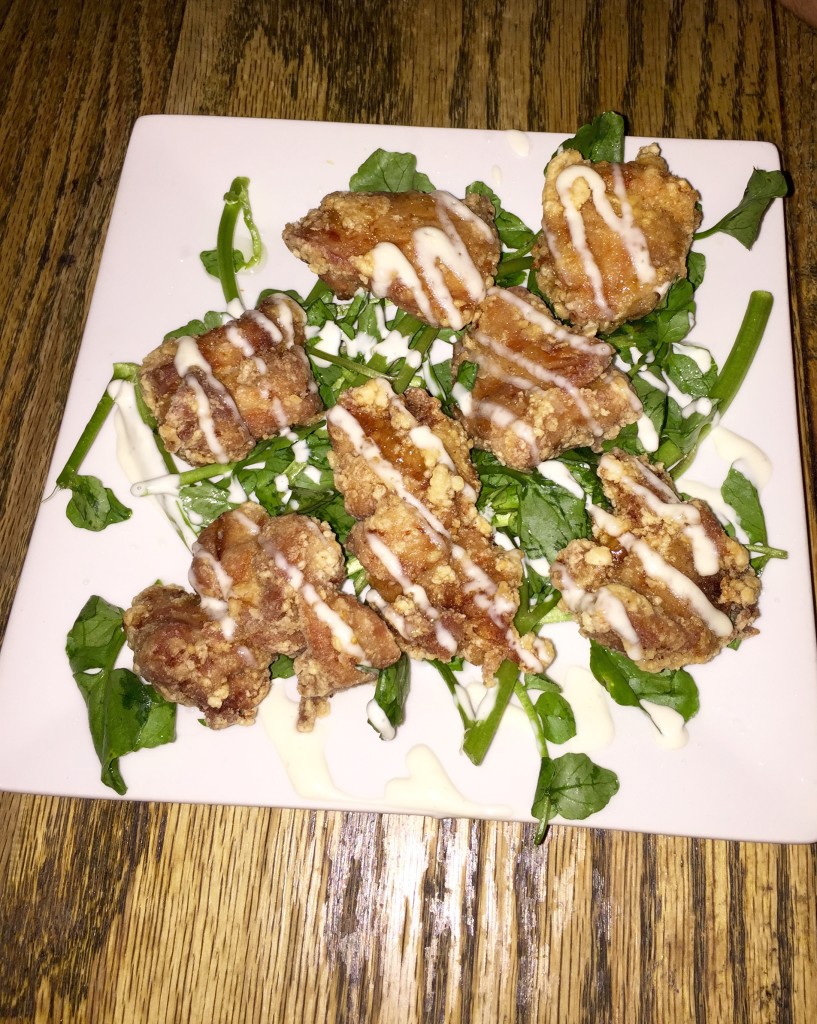 The pork betty and Japanese fried chicken were served first. Both were amazing, though I found myself partial to the chicken which was surprising.

While the meat was perfectly tender, I thought the pork betty could have used some more exciting flavors. The sauce that was on top was great but did not push the envelope as much as I thought it would.

The Japanese fried chicken, on the other hand, was crispy and not greasy at all. The sauce drizzled on top was a great combination with the chicken’s crunch. I would definitely recommend this dish. 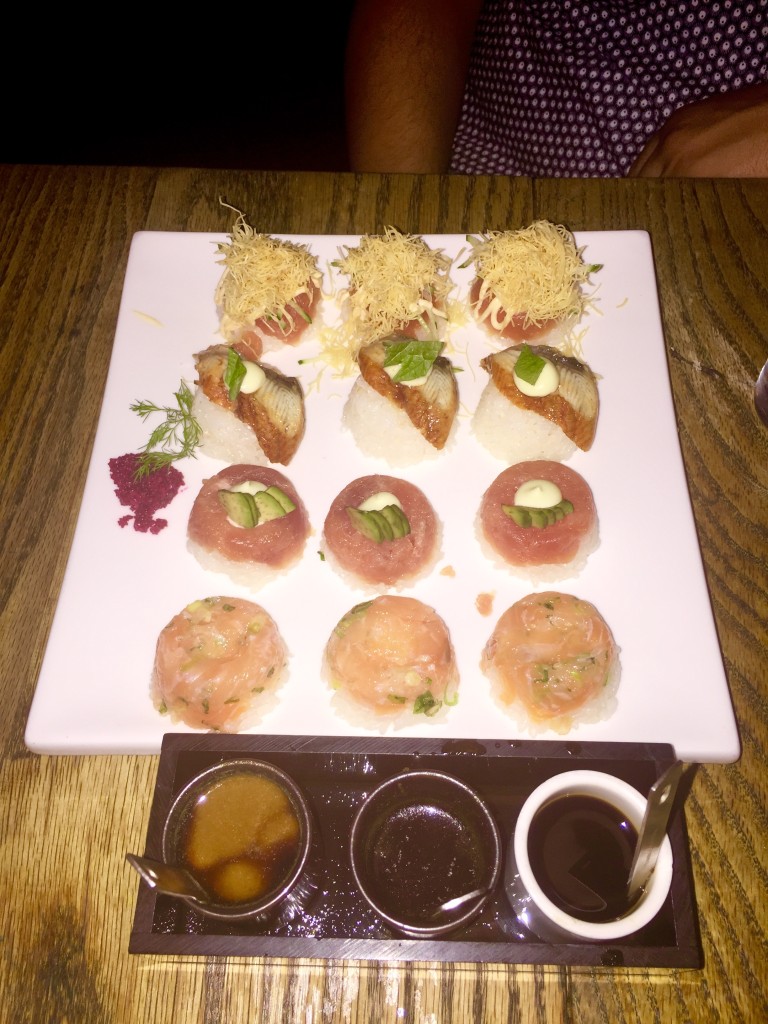 But the true winner of the night was the sushi platter. The sushi bombs are round and significantly larger than a regular sushi piece. The fish was very flavorful and each type of bomb tied in well with the others. The Mc Low bomb was my favorite. The crunch noodles topping the sushi piece were delicious and a fantastic pairing with the tuna, which can sometimes be a bit of a bland fish.

The restaurant does get rather busy so I recommend having a reservation made ahead of time.  While I sat in the hall area, I recommend trying to snag a patio seat. Though this is a great location for your next date, it’s not so wonderful for large groups. My friends and I were lucky and were able to get a group-friendly table. However, this type of seating seemed limited.

But even with the small space, each bite is definitely worth the visit to this Brooklyn-based restaurant.