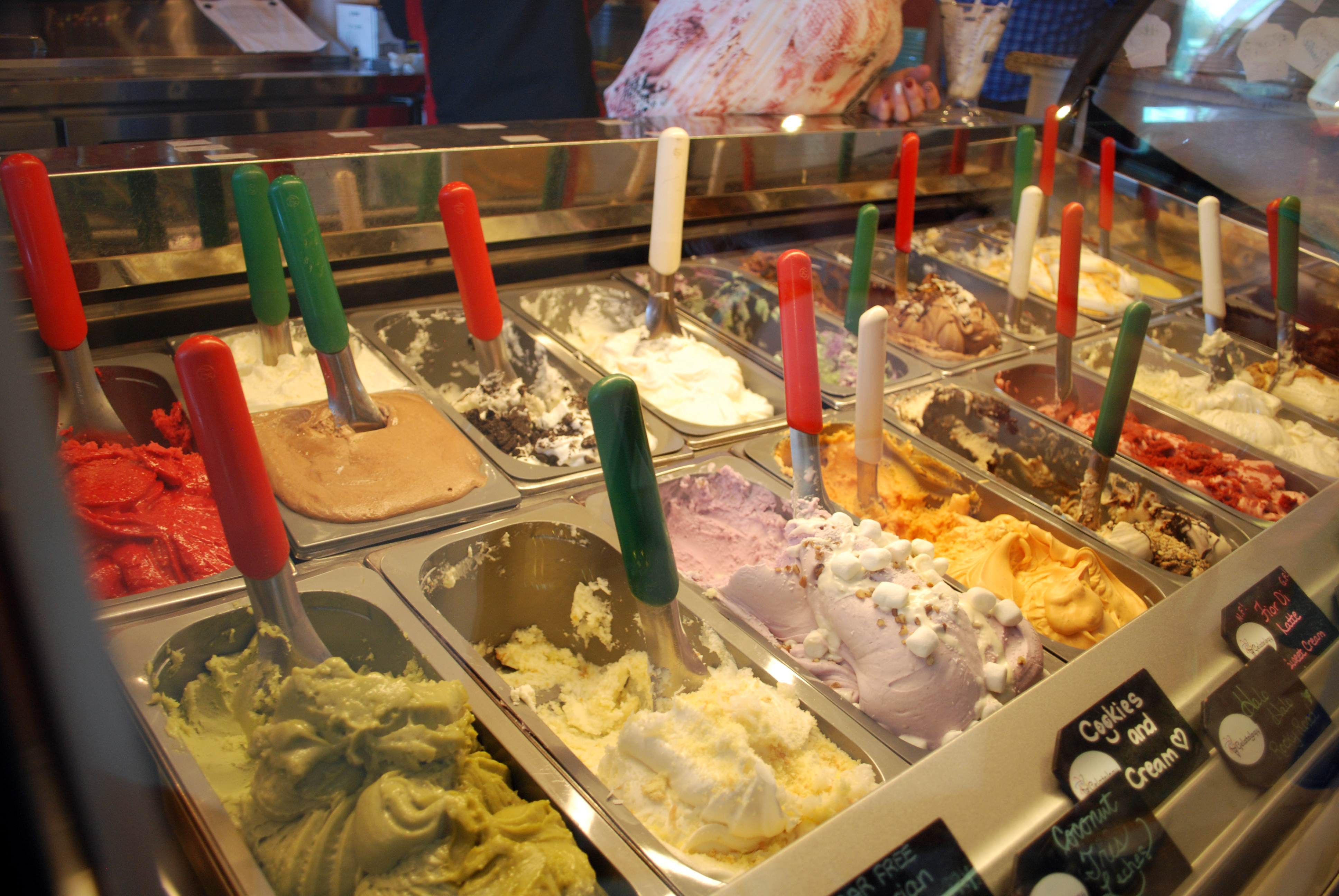 The Inside Scoop at Las Vegas’ Gelatology

Las Vegas summers are brutal – and yes, it’s a dry heat, but 110+ is hot regardless of humidity. So besides bingeing on Netflix indoors, how does one cool off? Gelato is a great way to start, and while there are lots of places around the Las Vegas valley to get this frozen treat, my favorite is Gelatology. 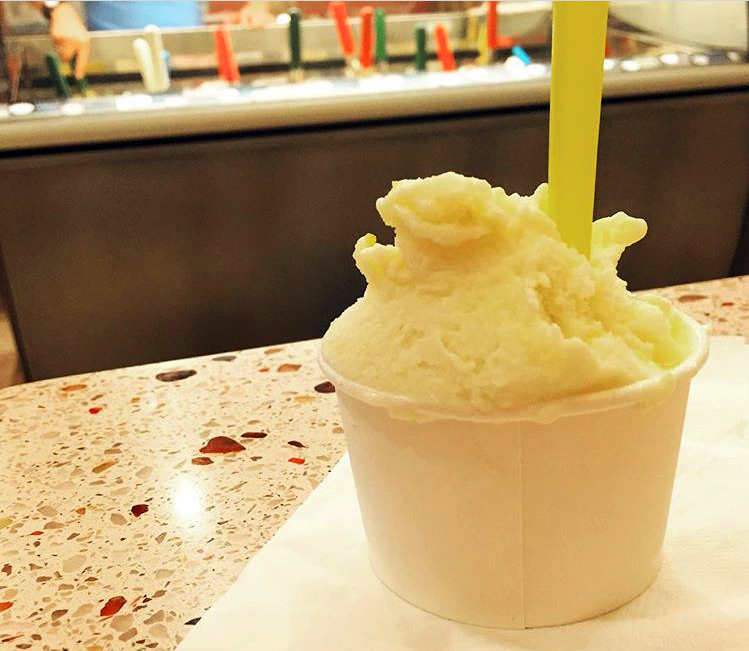 Lemon pound cake gelato, from a prior visit.

Gelatology just celebrated their 1-year anniversary, but while the location is new, Mastermind Desyree Alberganti is an old pro. Before Gelatology, Desyree operated another popular business near downtown Las Vegas, so popular in fact that the new operators are still using her old business name (changing it slightly by adding “The” as a prefix). 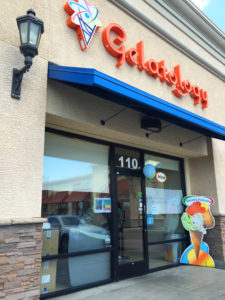 Storefront, located in a small plaza.

Speaking of names, Gelatology is a bit of a play on words. Gelotology is the study of laughter, and how it affects the body. Signage in the dining area explains, “At Gelatology, the science of laughter meets the science of gelato. It’s good to be happy, scientists agree, and so do we…how about you?”

What sets Gelatology apart, is the quality, creativity, and passion found in each flavor. Everything you’ll find here is from scratch. The rice pudding? She made the rice pudding before adding it to her gelato base. The fruit? She chopped and pureed it. The base is so good you can just order it by itself – “fiore di latte,” but once you see the daily selections, you’ll probably opt for just a taste. (Pro tip: you can taste as many flavors as you like!) 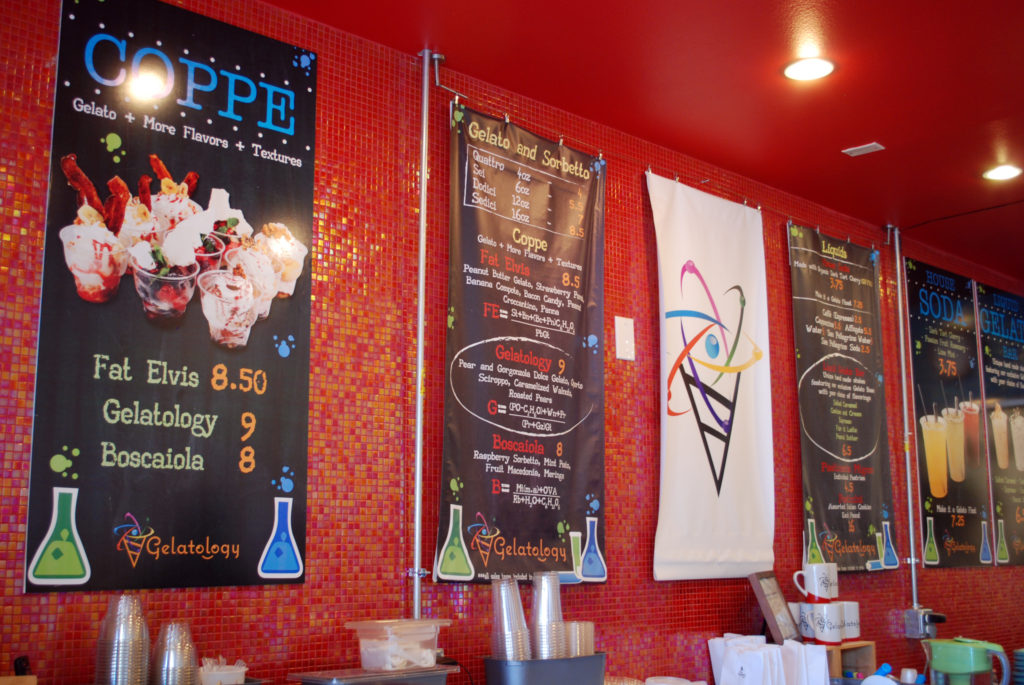 In addition to gelato, you will find a selection of equally creative whoopee pies (like Ube Velvet!), French macarons made by local baker Sweets 507, a variety of other baked treats, along with espresso drinks and homemade soda. One of the most intriguing offerings is the Fat Elvis. It consists of peanut butter gelato, strawberry puree, banana compote, and candied bacon…definitely on my winter-bod bucket list!

When I mentioned that Desyree was creative with her flavors, I meant it. When was the last time you tried chicken and waffles gelato? Or Black Sesame Kit Kat? Pear & Gorgonzola? Pineapple Tajin sorbetto? Cotija cheese with sweet corn? I could keep going; the list is ever changing. You might be wondering “Okay Ranae, these flavors sound flashy and exciting, but how do they taste?” MAGICAL. That’s the only way to describe anything I’ve ever sampled from Gelatology. Foie Gras is not something that would even dot the radar of things I would usually want to eat, but when it’s mixed with rosemary and Desyree’s fiore di latte? Sure, I’m down for that. 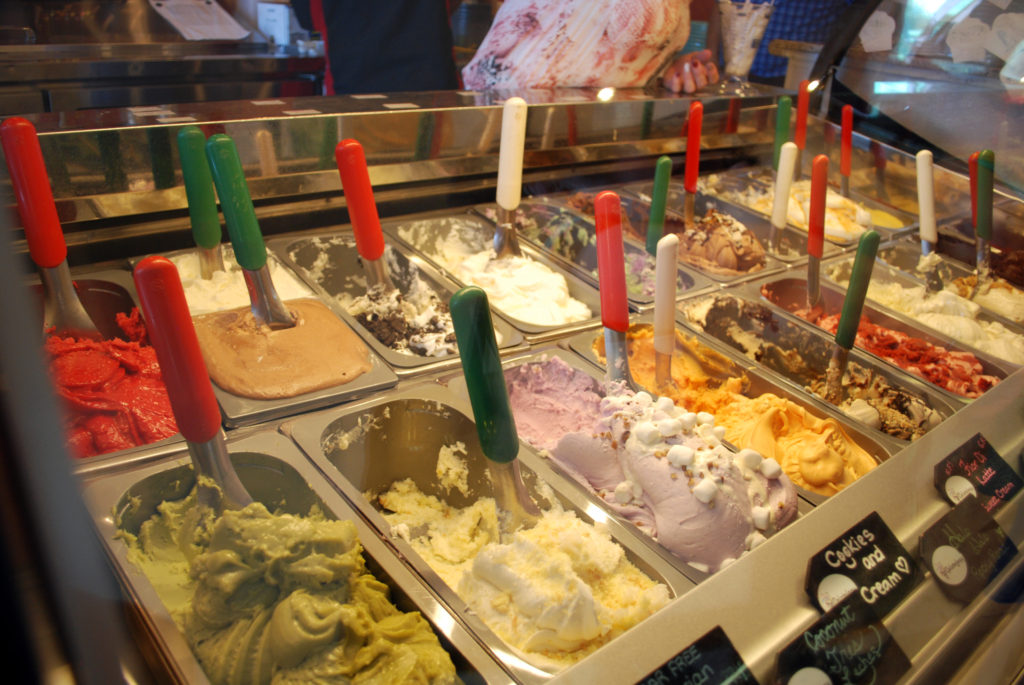 My most recent visit coincided with their 1-year anniversary celebration, I would say that was good timing, but in reality, I had been there a few days prior, and she had filled me in.  (In my defense, it’s next door to a Korean barbecue restaurant we were trying, it would have been rude not to say hello.)

Even though there was a line, the whole Gelatology team was friendly and encouraged my husband and me to try several flavors. (Desyree has a way of making everyone feel like a VIP.) After much deliberation, my husband chose Ferrero Rocher and Pistachio Baklava, while I went with Halo-halo Rocky Road, and Goat Cheese and Fig. He was not in a sharing mood, but the bites I managed to steal while he got some extra napkins were perfect–whole pistachios, caramelly honey, and oh-so-creamy. Mine contained plump bits of fig in a slightly tangy base, and the Halo-halo Rocky Road had a slightly toasted marshmallow taste and a gorgeous purple color from the purple yam. 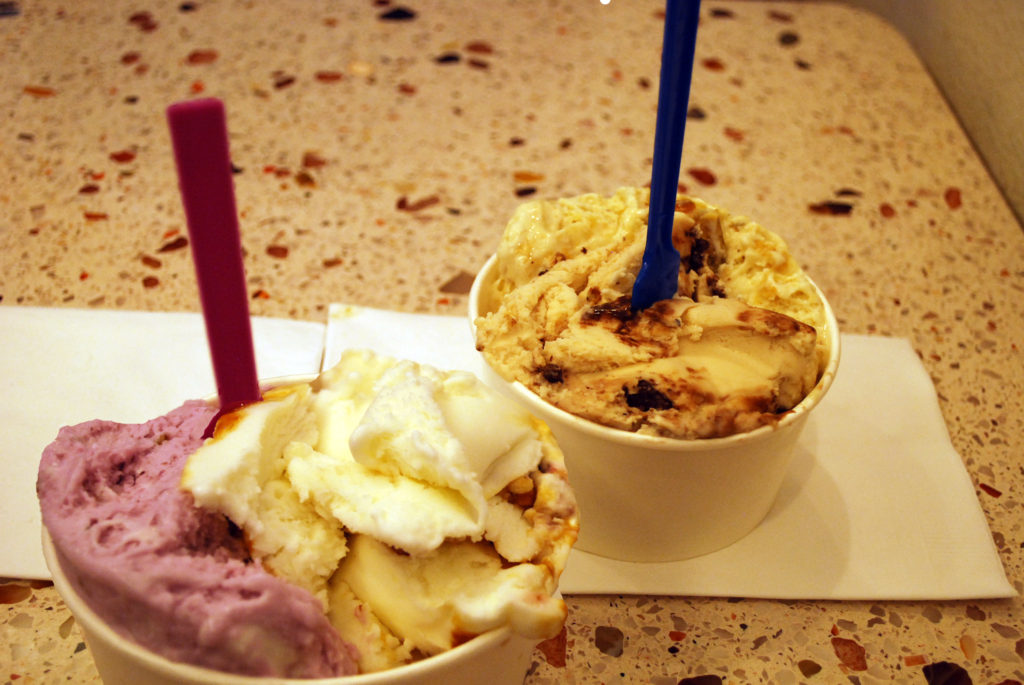 Gelatology is located in the south-western part of the Las Vegas valley, around 20 minutes from the strip for you tourists. Relatively easy to get to, and definitely worth the trip. It makes a great pit stop if you are doing any exploring at Red Rock Canyon, and want to cool off before returning to your hotel. Follow them on Instagram and check out their Facebook page (linked above,) for daily flavor updates! They offer vegan and gluten free flavors, and sorbetto in addition to gelato. The vegan pumpkin gelato is the best pumpkin gelato I think I’ve ever had, and I’m not a vegan.

Everyone knows “money can’t buy happiness,” but it can buy gelato from Gelatology, and if you swap the ‘A’ for an ‘O’ it is technically the same thing.