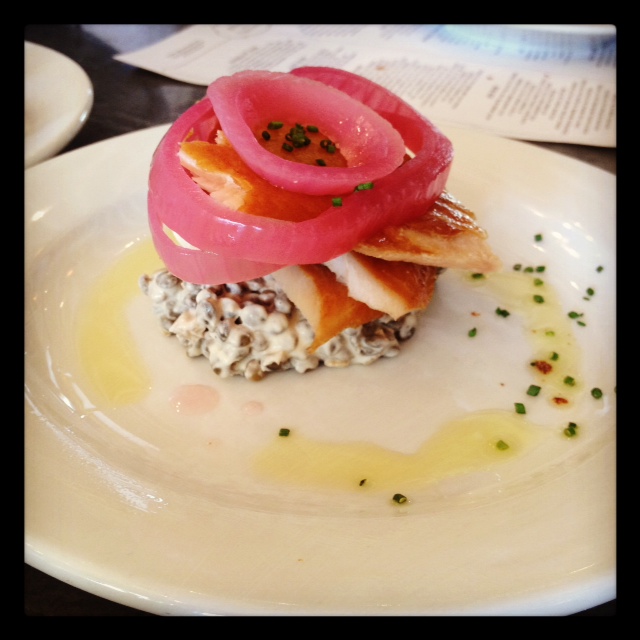 An Afternoon in Ballard: The Walrus and the Carpenter and D’Ambrosio Gelato

Although I’ve lived in Seattle (West Seattle to be exact) for about 6 months now, I still feel like a tourist. I only recently saw the infamous “Gum wall” in Pike Place and I still haven’t been to the Woodland Park Zoo or had a cocktail at Knee High Stocking Co. I’m trying to kick my “bucket list” so this is the start of that. 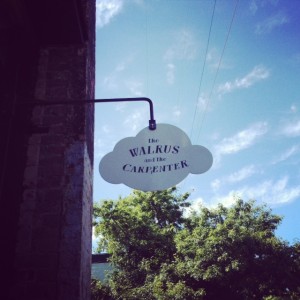 I tried to not read too many reviews on this place because I wanted to go in with my own blank slate. My mother read about it online and decided we should get there very early. Good choice, Mom. We got there at 3:30 PM (they open at 4 for happy hour) and there was already a line of people leering at the staff. 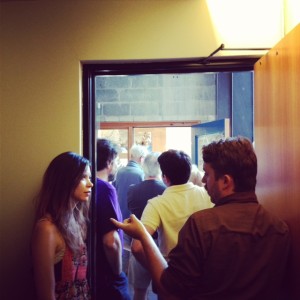 The space itself is very quaint and seating is very intimate. The staff brought us to a table and since we didn’t want to bump elbows with anyone else, we decided to take a seat at the bar. Awesome choice, I got to watch hipster oyster schucking! I love the white on white interior, it’s somewhere in between shabby chic and beach theme. 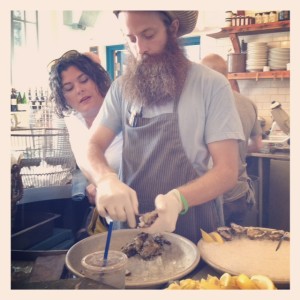 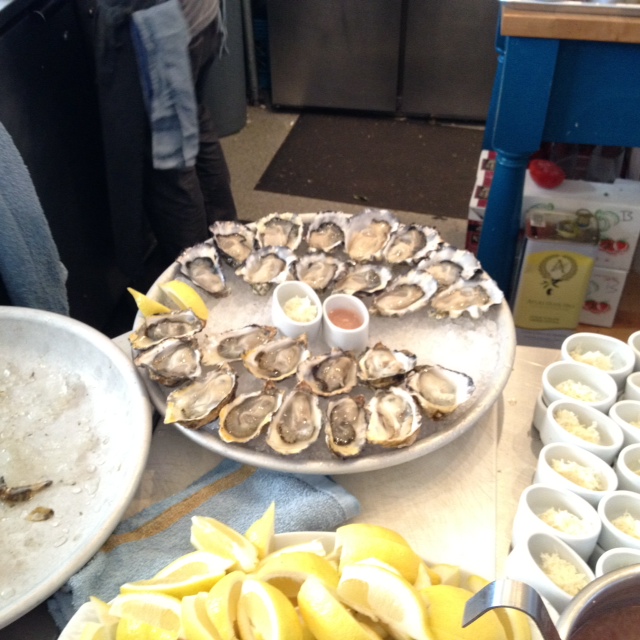 This was not my order 🙁 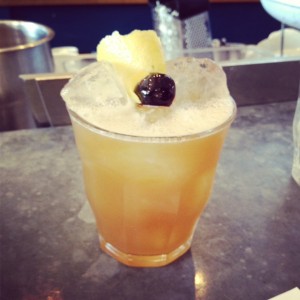 The cocktail list was extensive. I ordered a Mustache Ride (get on it!) which was bourbon, cynar, all spice liqueur, maple and lemon. It was perfect blend of sugar and spice and the marinated cherry on top was… well… the cherry on top.
We cut to the chase and got a plate of each available oyster. Each oyster…hmmm… how do you really describe an oyster? It’s like a refreshing burst of the ocean that caresses you tongue. That’s the best I’ve got. The Treasure Cove Oyster from Case Inlet, WA in particular was the most “sea like” one of the bunch. I get why they’re an aphrodisiac, now if only Mom wasn’t my date… 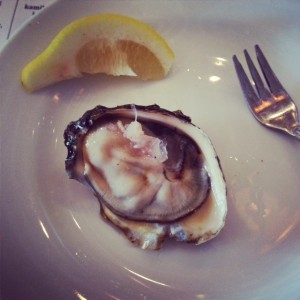 After the oysters we moved onto the butter lettuce, so we wouldn’t feel like total fat kids. It was crisp, topped with a lightly melted slice of morbier cheese with hints of black truffle. 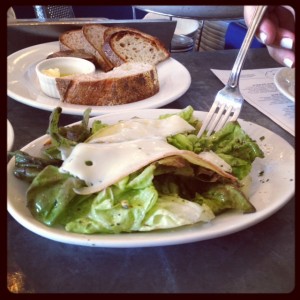 As if fresh oysters weren’t enough for me, I had to try them fried. The fried oysters are heavenly here. The outside is perfectly crisp, without scratching the top your mouth. The inside is soft and buttery but still maintains a sense of refreshment to it. The cilantro aioli was also the perfect match for a dip, I even had some leftover for my bread.
Fried Oysters with Porch Swing cocktail and bread 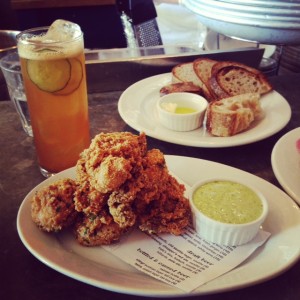 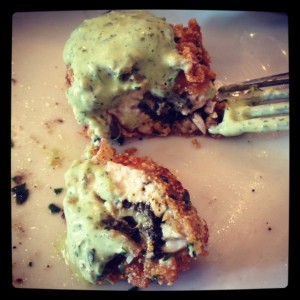 Speck. I saw this listed on the menu and honestly had no clue what it was (I’m not a chef or an expert) but we decided to order it anyways. 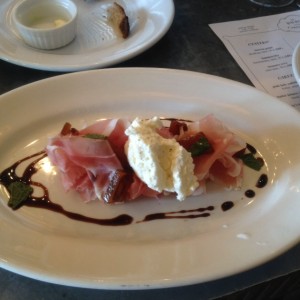 Glad we did. It was sliced smokey prosciutto with preserved pumpkin, ricotta cheese, drizzled with balsamic vinegar reduction and topped with mint. This was like all good types of flavors in one: salty, sweet, fresh and creamy. I want to copy this at home so bad but the preserved pumpkin aspect of it makes it seem too timely. I guess I’ll just have to keep coming back. 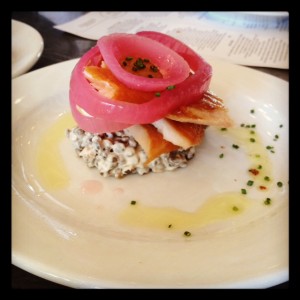 The finale was the smoked trout, topped with a pickled red onion and rests on a bed of creme fraiche with lentils and walnuts. This dish may look diminutive, but it’s so rich, two people can share it. The smoked trout is the best I’ve ever had and the creme fraiche blend with so chewy and flavorful. I don’t even like uncooked red onion and this won me over.
We wanted to stay for dessert but we decided to take a walk around Ballard, which is a very cute neighborhood. There are lots of bars, plenty of shopping and sadly a lot of construction right now. Makes it tough to shop when you’re worried about not having a hard hat. We walked a couple of blocks to: 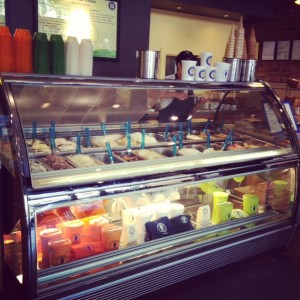 I haven’t had cantaloupe gelato since my mother used to
take me to the Bellagio Casino in Las Vegas. It’s one of those food items I put on a pedestal and assumed nothing could live up to it. D’Ambrosio had it as an option, so I had to try it. 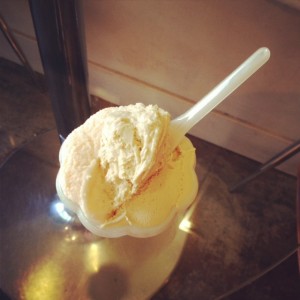 I tried a sample of it and was instantly taken back to being 18 and not able to gamble in Vegas. It was fragrant, but not too sweet and watery. So good. I got that with a scoop of the salted caramel gelato which is also pure awesome. Perfectly salty and sweet. The interior to this place is very Euro-hip, it was very quiet on a sunny day, I think the construction scares people away.I’d come back here for sure though.