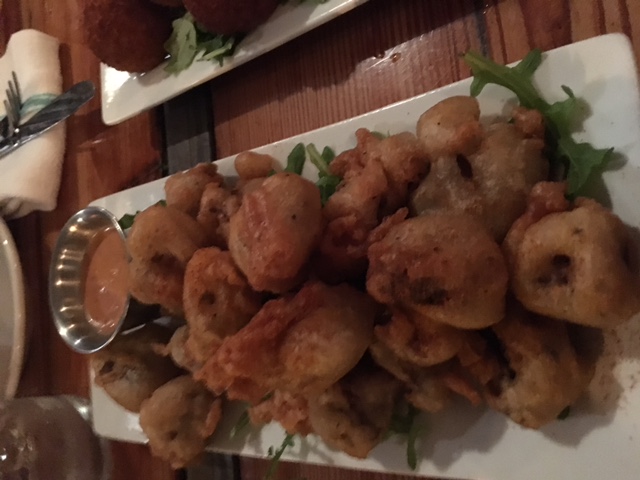 Burger Up in Nashville

I knew going to a place called Burger Up with a vegetarian was risky, so I asked a carnivore friend to come along just in case. Turns out Burger Up has an amazing veggie burger, actually two that you can choose from, but more on that later. Just a little south of Nashville’s famed Gulch area high rises you will find the revived neighborhood 12th South. It is in 12 South where you will find coffee shops, handmade ice cream shops, and most recently Reese Witherspoon’s flagship store Draper James. But we weren’t there for any of those things, we were here for burgers! 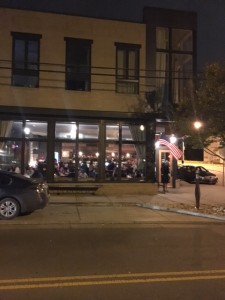 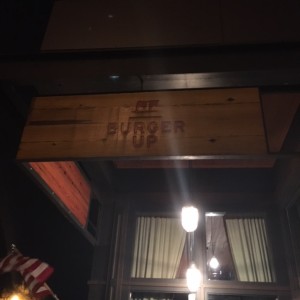 When you walk inside of Burger Up, you immediately feel at home. There are long community tables, soft jazz playing, and low lighting. The atmosphere was warm and friendly, and you felt like you could stay there for a good long time. There is also outside seating that can be used year round with their heaters on the ceiling.

We sat down at our long community table, and I order a 12 South Lemonade, which was house-infused lemon vodka, basil simple syrup, lemon, white wine and peach bitters. Let me tell you these go down as easy as regular Lemonade and I could have easily had 5. My only complaint about the 12 South Lemonade was that it was served in the dreaded mason jar, I despise this trend, but was willing to overlook the mason jar because the drink itself was so fantastic. 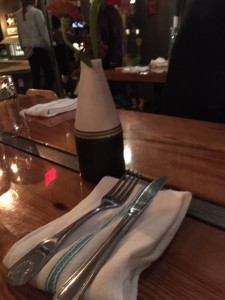 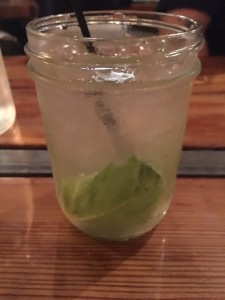 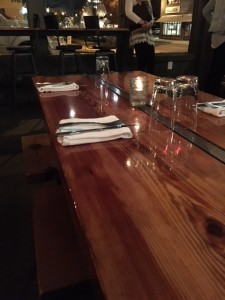 We ordered some starters, and as I was sipping my “lemonade,” I took a second to look around the room. I was surprised to notice several tables with small children; it surprised me because with the open concept of this restaurant, the wood on the ceilings, large glass windows that framed the entire space and floor to ceiling curtains, you’d expect it to be very noisy and indeed you’d notice small children. But this was not the case, and I was delightfully surprised.

Service was exceptional and fast. We decided to start with the fried mac and cheese bites that came with a honey Dijon aioli and house made maple ketchup. These fried balls of goodness were exactly that! They were amazing, and when you bit into them, you saw the pasta it wasn’t just an undecipherable fried ball of cheese. It tasted like mac and cheese and could easily be someone’s dinner. Second up we had the fried mushrooms. These large fresh mushrooms were fried in a tempura batter that made them light and not greasy. They were served with a spicy lemon lime remoulade, the serving was huge and even with the 3 of us we couldn’t finish them all. 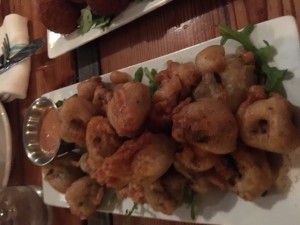 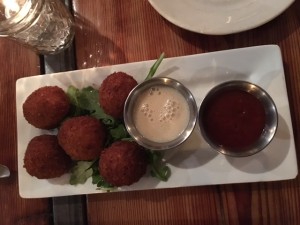 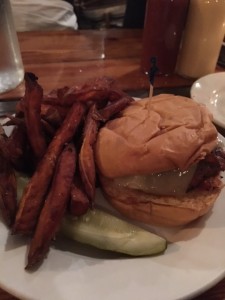 Onto the burgers. I don’t often eat burgers, but when I do, I like to know that they are good quality beef, which is why I came to Burger Up. They locally source their beef from Triple L Ranch, which is located in Franklin TN, just a few miles from downtown. I ordered the Woodstock, which was a large burger topped with Benton’s Bacon (another local favorite), Tennessee Sweetwater White Cheddar, Jack Daniels Maple Ketchup. Are you sensing a theme? It is all locally sourced foods, which I am a huge fan. My burger was perfectly cooked to medium and was gone before I could say “Lets eat!” The burger came with fries, but I substituted for the sweet potato fries. 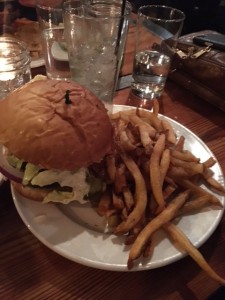 Earlier in this post I mentioned I was bringing a vegetarian to a burger place. Yes, my husband is a life-long vegetarian, but when I noticed they had two types of veggie burgers, I knew I was safe. He ordered the Ramsey Pimento Cheese (another southern thing) Burger, and they were kind enough to replace the beef burger with their quinoa and black bean burger. The Ramsey Pimento Cheese burger is topped with housemade pimento cheese, iceberg, tomato, pickles, red onions, truffle aioli, Benton’s bacon on a jalapeno bun. My husband didn’t read all the way to the end of the toppings list because out came the burger with the Benton’s bacon. Once we discovered that, our incredibly kind waitress took his plate right away and the kind manager, Brandon personally brought out the burger and was so apologetic.

At the end of our meals when the three of us were stuffed and couldn’t possibly eat any more, out to our table came two desserts. When I said we hadn’t ordered any desserts, the waitress said they were from Brandon. It’s service and attention to customers that make a restaurant in my opinion, and this simple gesture won me over! 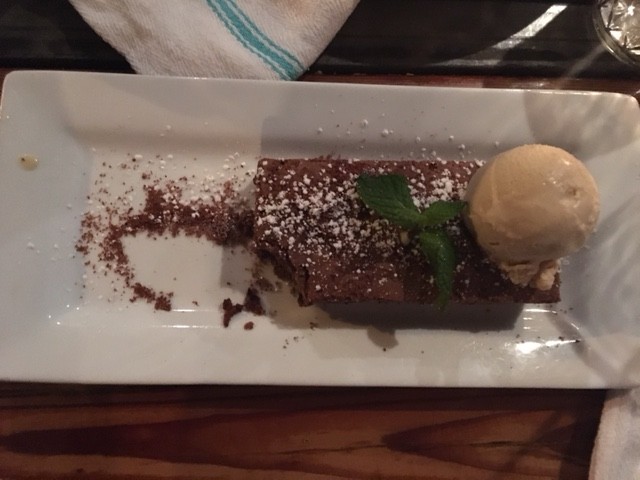 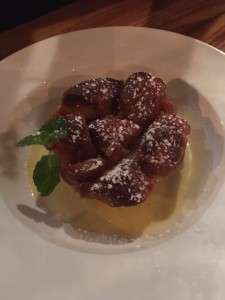 The desserts that came out to our table were the Olive & Sinclair (locally owned) dark chocolate brownie al la mode and the krispy crème donut pudding with a gran marnier crème anglaise. Both ridiculously amazing and over the top!

Adventures in Homebrewing with Elizabeth

I feel like I’ve been baking forever, but I believe my dad is the reason I started. He would bake all the time for us as kids and everything was always from scratch. I learned how to make everything from bagels to cream puffs to angel food cake from him. I worked my way up from selling cookies for extra money to buy my kids Christmas presents to owning a full-service bakery in Nashville. After making croissants by hand for a year straight, I developed arthritis so bad in my thumbs I couldn’t hold a rolling pin anymore and I had to close my doors. To give my hands something to do that didn’t involve butter or a rolling pin, I started to write and discovered a new love. I am excited to share with what the country might already know, Nashville is more than Country Music and Cowboy Boots, it has amazing food. Check out my blog, Heart Written Words chronicling the journey of closing a bakery and life after.