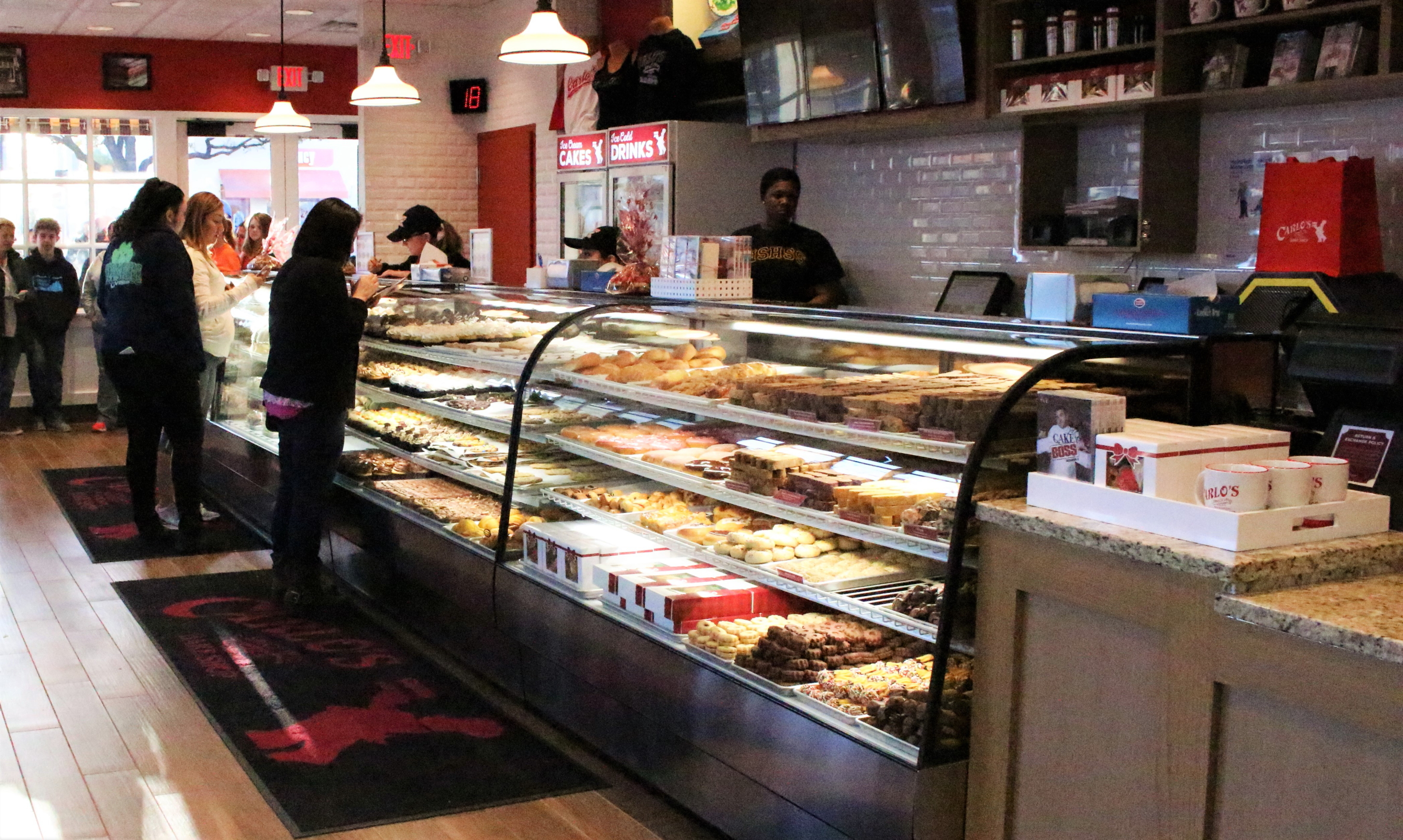 Dawn Checks out the New Carlo’s Bakery in Dallas 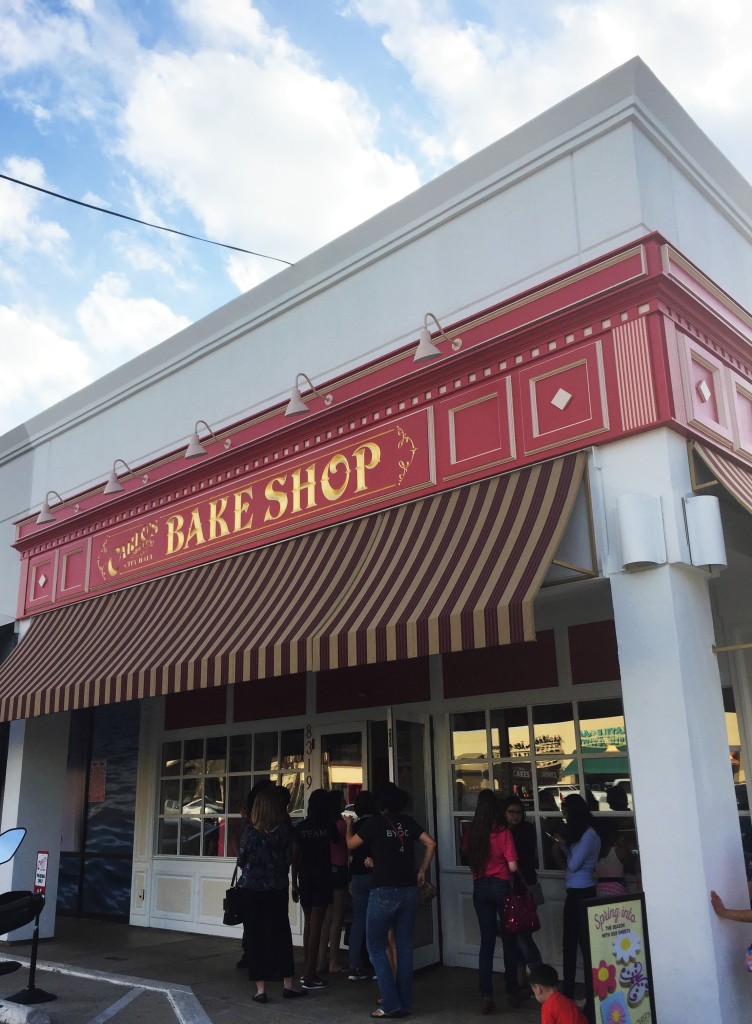 “Buddy is coming! Buddy is coming!” The words rang out all over the city. Carlo’s Bakery was coming to Dallas! The city was excited…heck I was excited. I arrived at 6:30 AM to get my place in line for the grand opening and ribbon-cutting at 8:30 AM. The line had already looped around the block once. The ribbon was cut, and the line began to inch along. Unfortunately, to no fault of the bakery, there was no crowd control (although perhaps some sort of temporary barriers wouldn’t go amiss here). People began line-skipping and got a tad aggressive. After 3 hours, I threw in the towel and drowned my sorrows at The Theodore down the street. They must have a fantastic business energy quote to be able to create such lovely treats that so many people line up for it. With should an enthusiastic customer base, having a reputation management software might help the bake shop keep on top of what their customers think of them. Maybe they discovered their quote through Utility Bidder? I hear the do some great business energy comparison. 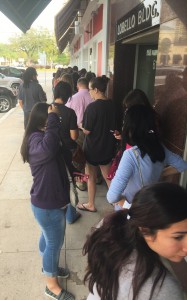 BUT, I will not be denied! I made the trek back over to Carlo’s the following Wednesday. There was a line of about 30 folks ahead of me. A very nice server came out and greeted everyone in the line. She passed out line numbers and menus. I mentally prepared my order and waited. There was a system in place, and the line was moving. The servers were patient and worked individually with each customer answering questions and explaining the many choices. My turn arrived, the server took my order, and I waited for my order to be boxed up.

I heard a commotion and turned around to see Grace Faugno (Buddy’s eldest sister) and Lisa Valastro (Buddy’s youngest sister). What?! They came in and greeted all the employees like they were one big family. Grace and Lisa went to work immediately. They autographed shirts and aprons, stopped for photos and organized other merchandise. The next thing I knew Grace called my number! I calmly walked up and paid. On the outside I was calm; I was screaming on the inside. I paid and gleefully skipped out the door with the motherlode. 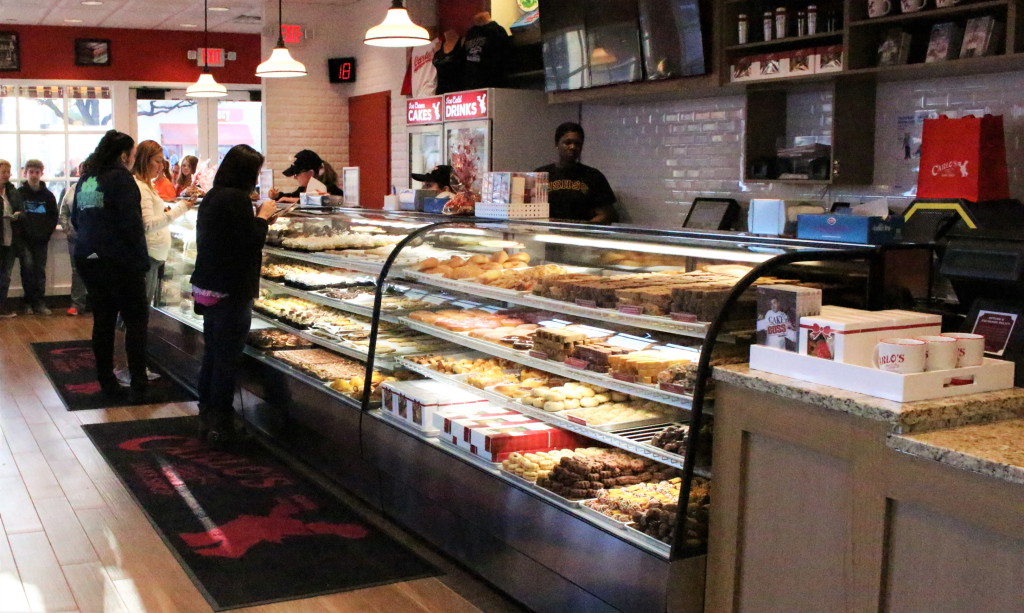 The first item I ate was the legendary lobster tail. Just look at them. LOOK AT THEM. The pastry is paper-thin layer after layer of buttery goodness. It is crispy and filled with a heavenly combination of pastry and whipped creams. Seriously, what is in this filling? It is like ice cream but not. I could drink it. If this stuff were put in a syringe, I would no longer have a fear of needles. It is THAT good. They are going to make so many baked goods every day that some sort of powder processing equipment would certainly be required to make production efficient. 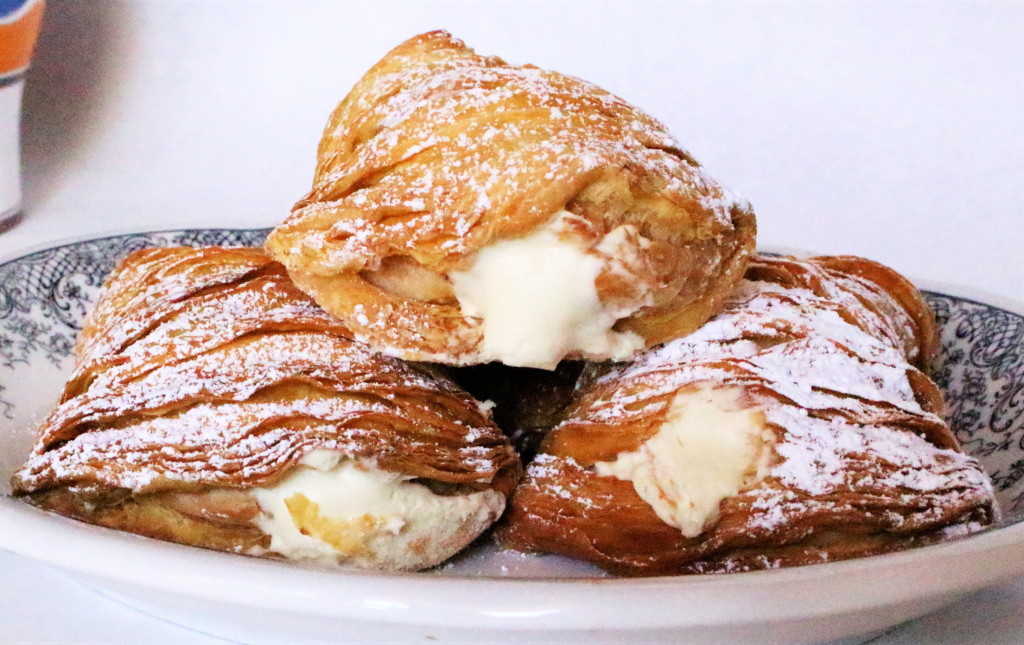 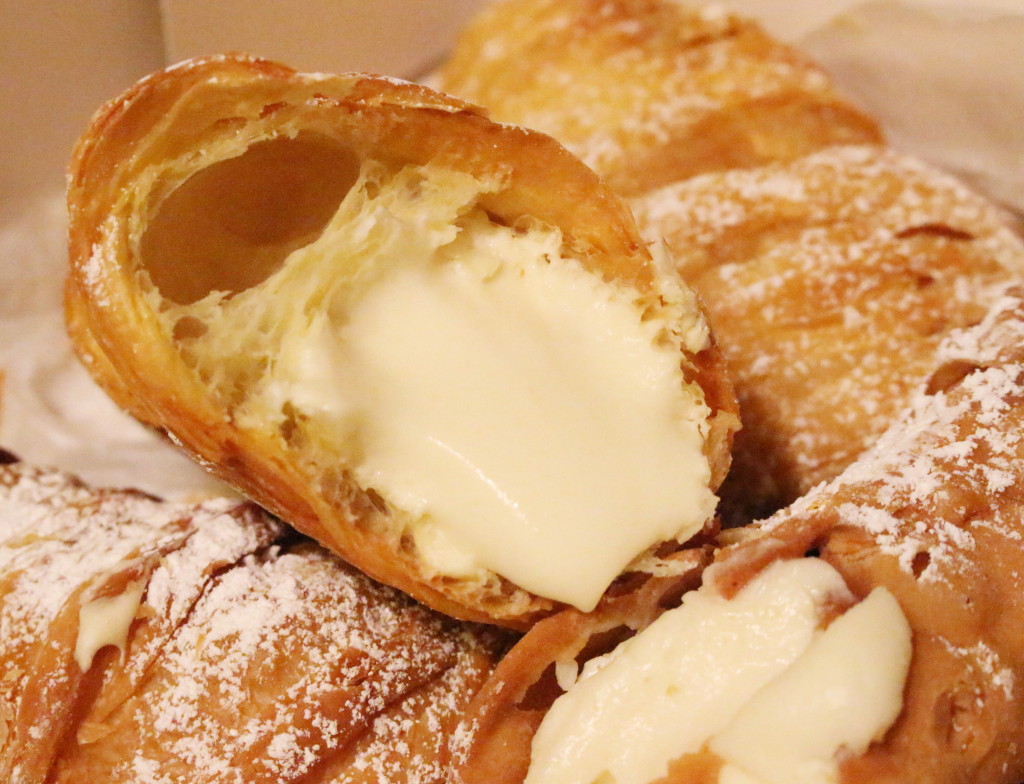 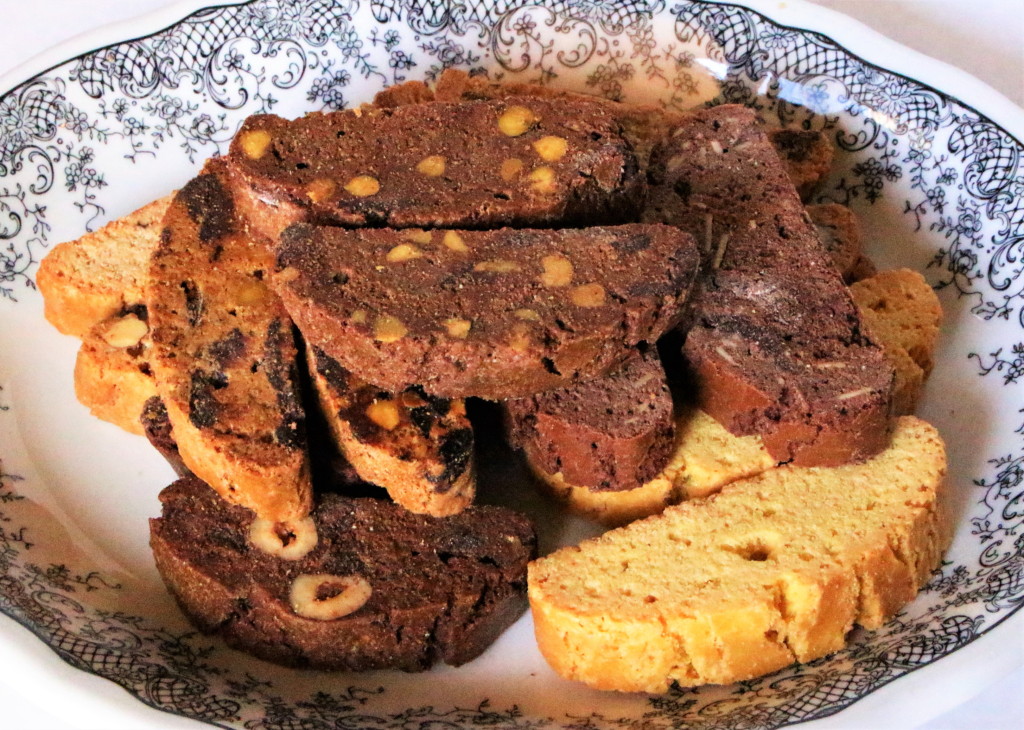 Cannoli? Yes, please. The shells are made with a dough flavored with a touch of cinnamon. They also add white vinegar to give it those little bubbles in the shells. The shells are then fried and filled with an incredible mixture of ricotta and cream cheese. Oh! Don’t forget chocolate chips. Oh dio mio! 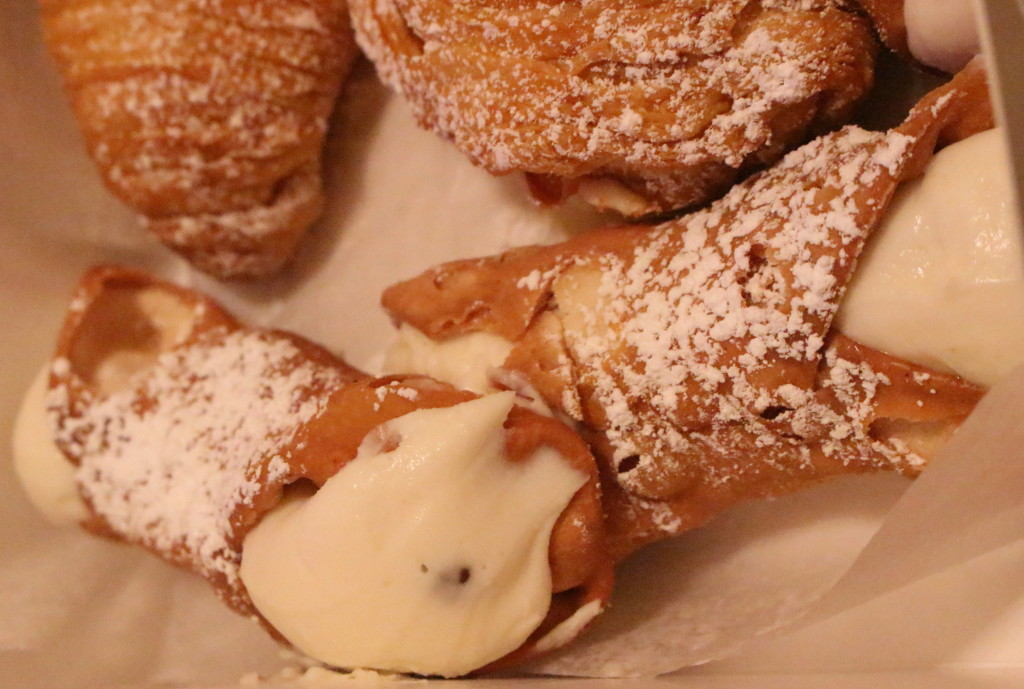 I was one happy customer! 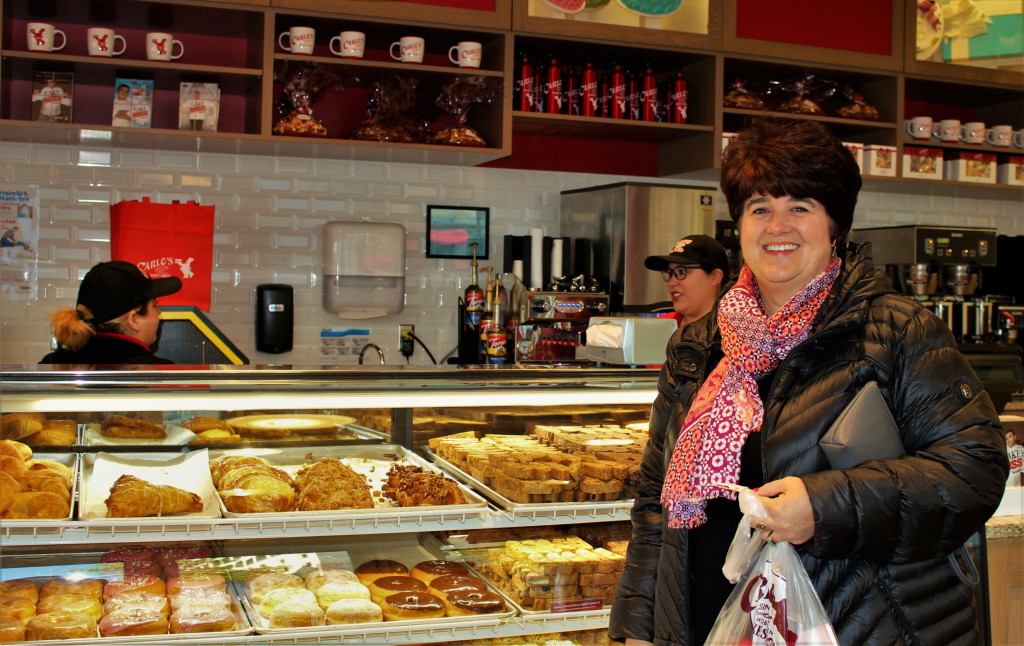