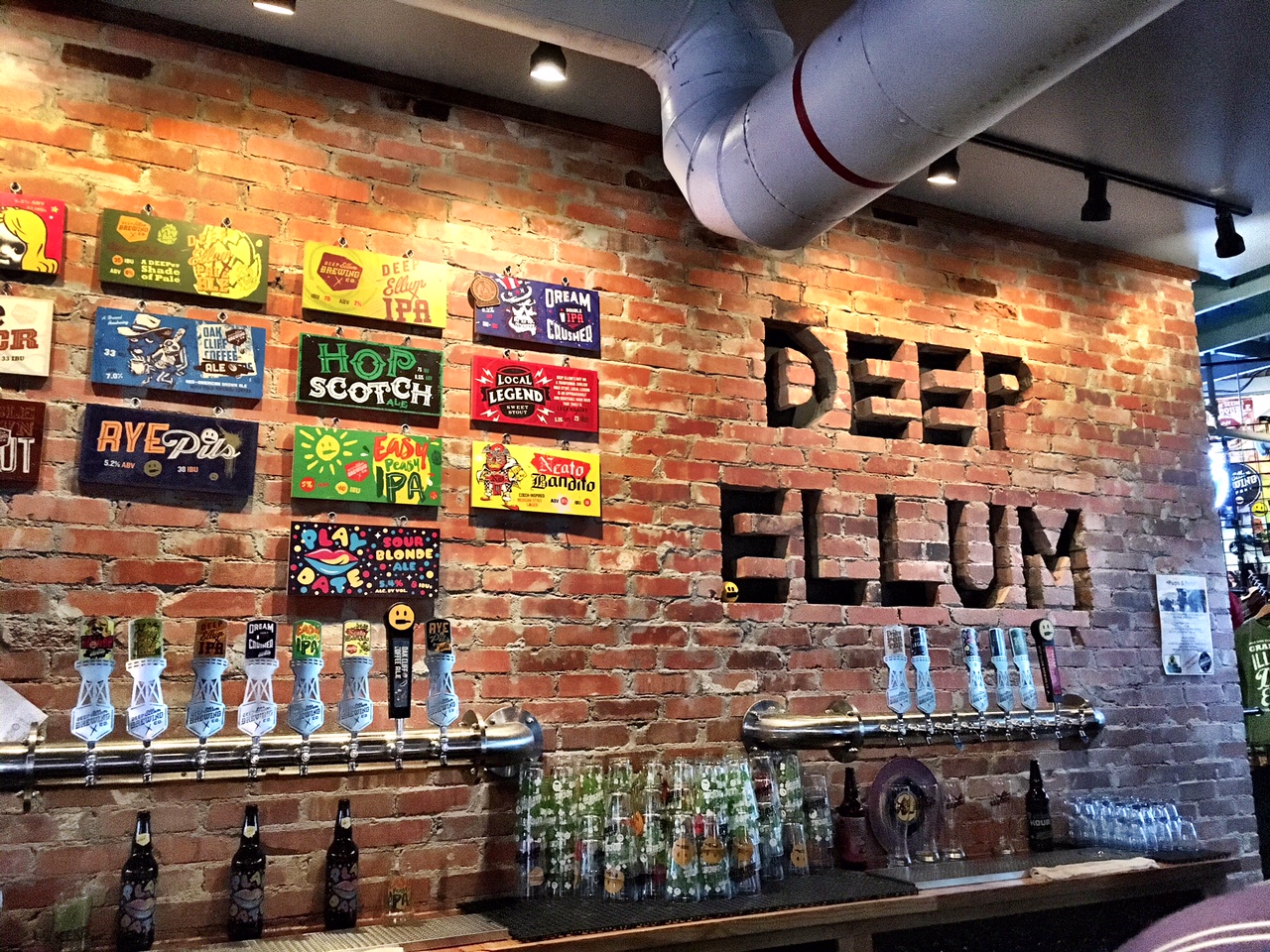 I may be “living the dream” in Los Angeles, but I’m a Texan at heart and when I visited the greatest state in the union this spring, I knew I was going to have to check out some local beer. A week before my trip I heard a interview with the head brewer of Deep Ellum Brewing Company on The Business of Beer Podcast and immediately added them to my list of places to visit while I was in Dallas. 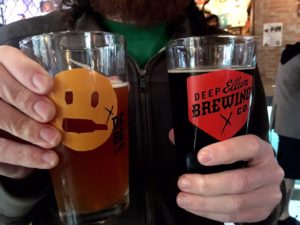 Maybe it’s just because I was out of the beer scene when I lived in Texas, but my memory of beer was pretty much Bud and Coors- Lone Star or Shiner were for when you were feeling fancy. But the craft beer scene in Dallas has absolutely exploded, and they are turning out some amazing beers. Deep Ellum Brewing is definitely leading the pack, with a commitment to quality beer and a great beer community. They are located in the heart of Deep Ellum, right on a strip full of great bars and restaurants. It’s an ideal spot to stop in for a few pints after dinner.

The tasting room itself has a great atmosphere with both indoor and outdoor seating. They’ve done a great job of embracing the industrial feel of the area, but making it a really interesting and dynamic space. For those of you from out of the state- be aware that Texas has strict ABC laws, which caught me off guard. Six packs of beer are only for on premise consumption and they don’t do tasting flights at certain times. But it is 100% worth your time to come by and grab a few pints. 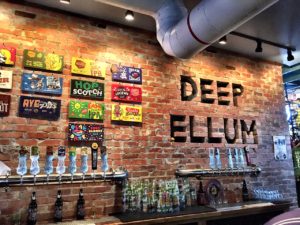 I was head over heels in love with the Dreamcrusher Double IPA. Coming from the west coast, I’m used to super hoppy IPAs, and I’ve had a million of them. So finding a fantastic IPA brewed in Texas was a such an unexpected surprise. The also have a brown ale brewed with coffee from Oak Cliff Coffee Roasters, which filled me with nostalgia since I worked in that neighborhood for several summers in college. I was also a huge fan of both the Rye Pilsner and the Praline Porter. The rye gave a nice kick to the pilsner, which was crisp and refreshing. The Praline Porter was basically everything I wish for in a porter- robust, but with a wonderful malty sweetness. That was only a smattering of what I got to try though- they have a really solid list of year round beers plus some wonderful specialty and seasonal beers. Being a Dallas native, it was wonderful seeing such a great brewery innovating and making such great beer. If you are ever in the Big D, make sure you give these guys a visit. 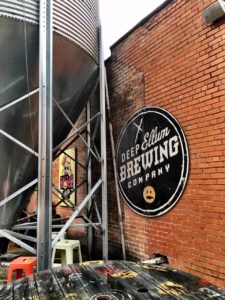 A Sushi Roll and a Burrito Walk Into A Bar…: Inspiration Roll in Morristown, NJ