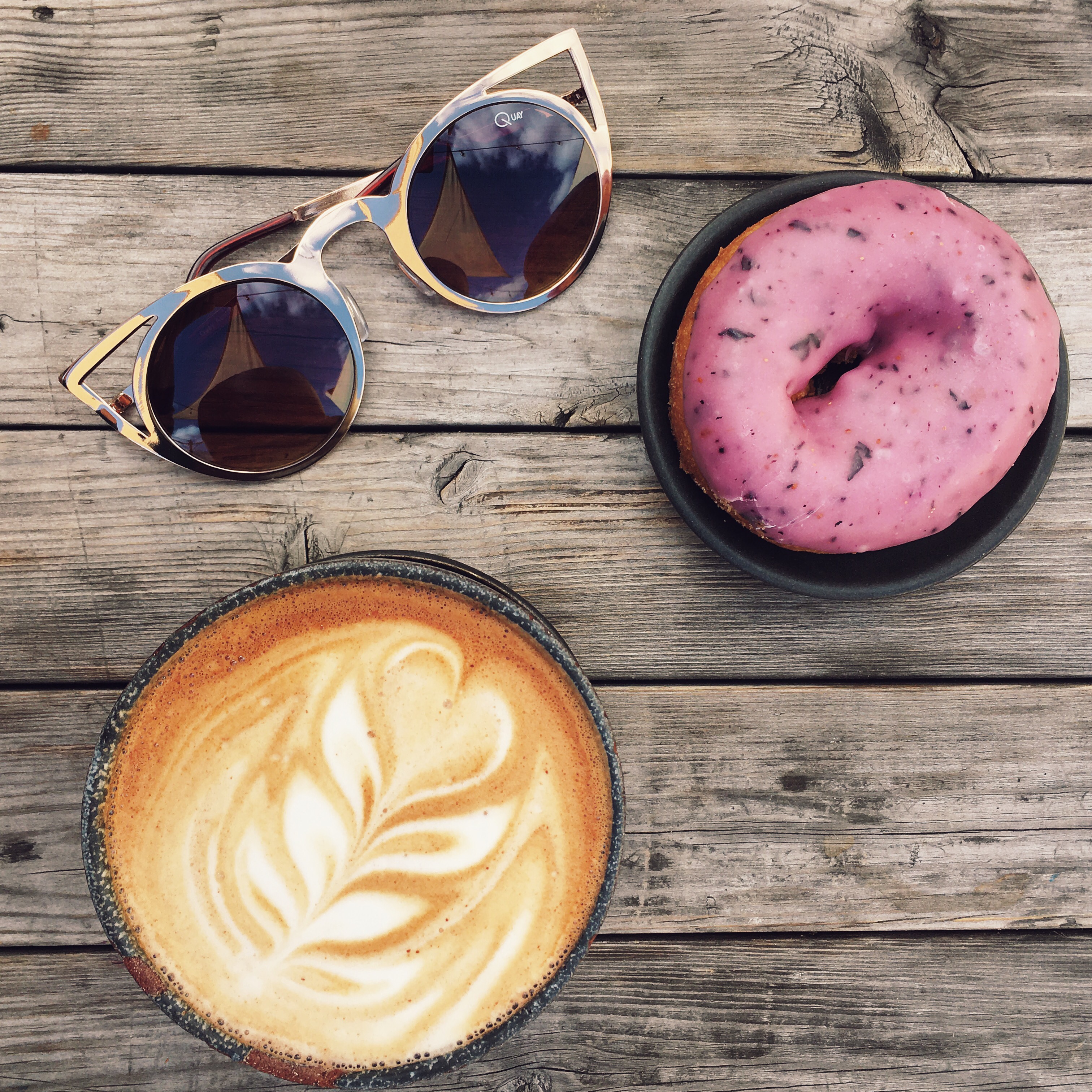 I was so excited to hear there was finally quality coffee shop opening in my hometown of Fremont! Coffee that’s roasted in house, a stunning and plentiful interior and exterior space, and delicious local pastries? I was in before I even stepped into the shop. Yes, I was able to get something good at home with one of the coffee makers recommended on Great Coffee Brewers, but there’s nothing quite like a coffee shop. 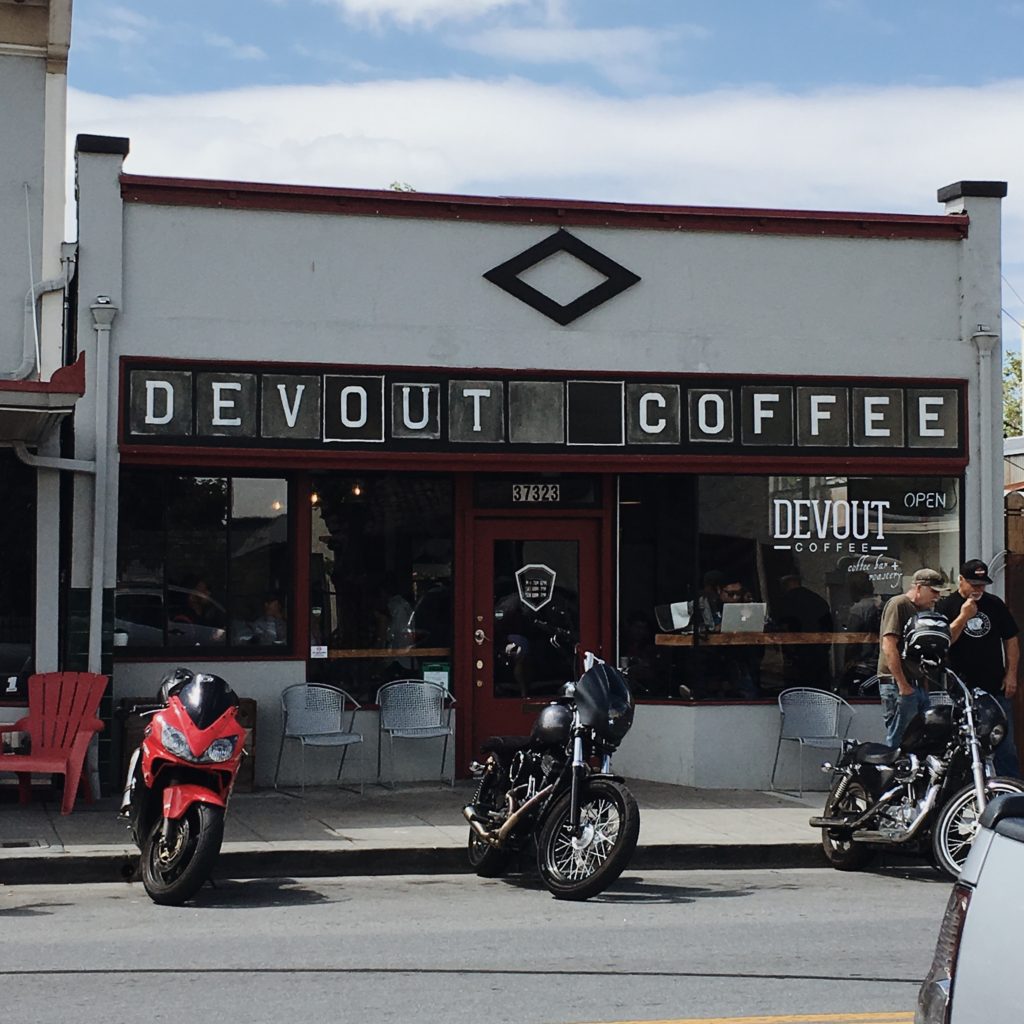 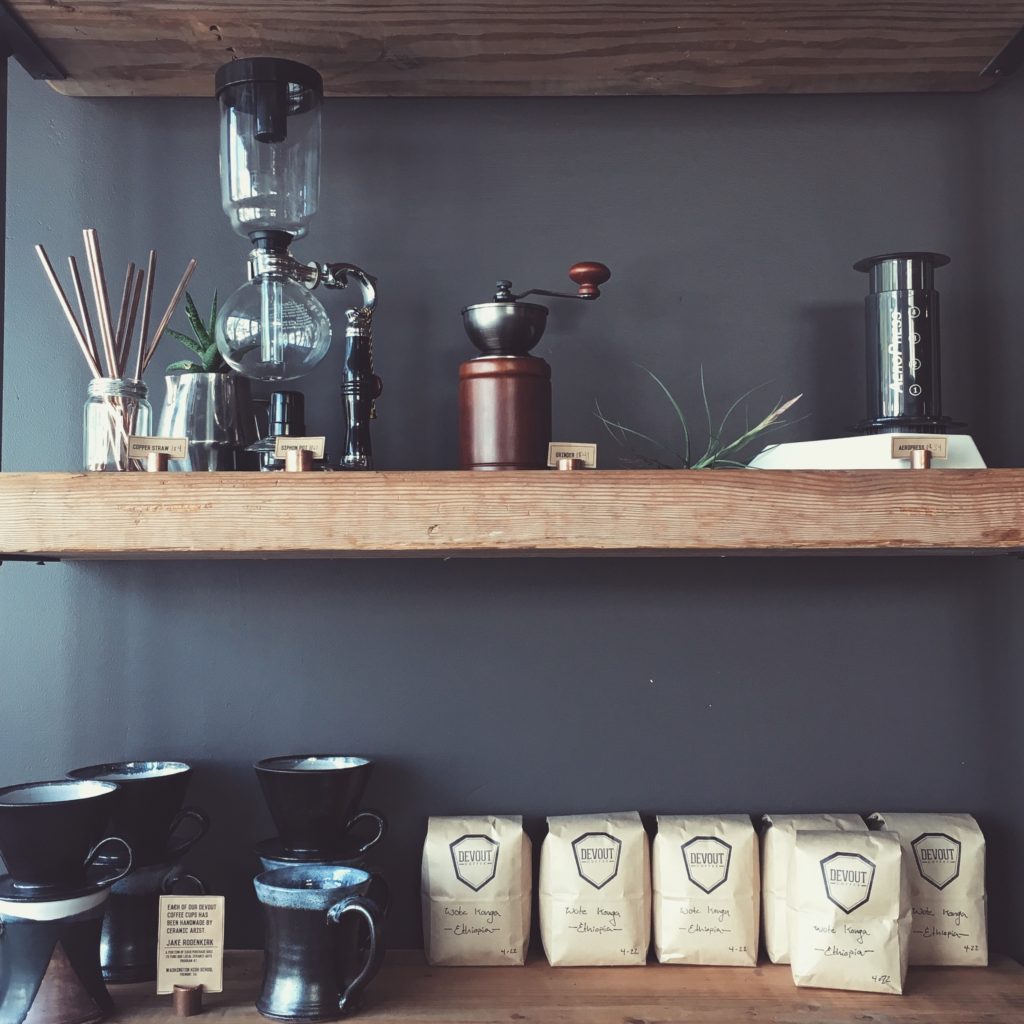 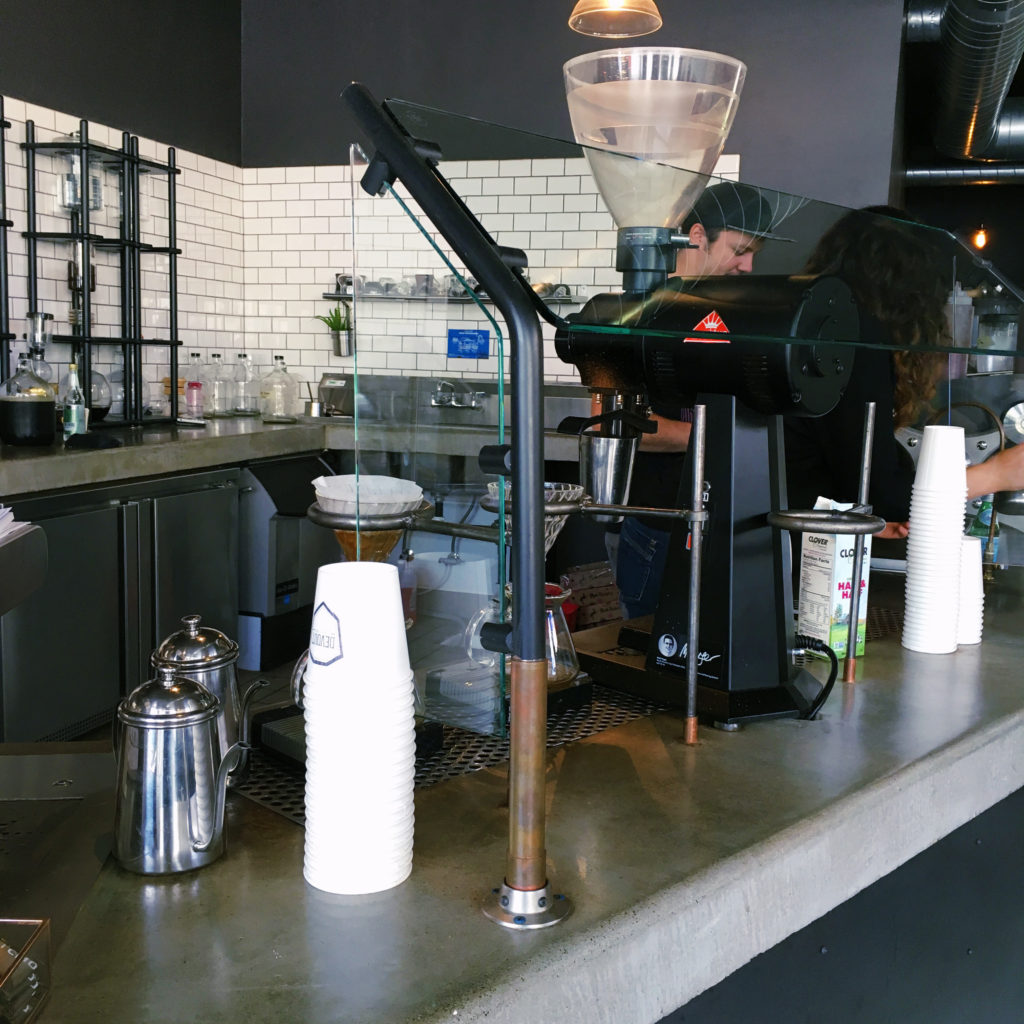 I’ve been to Devout when they were still selling off of their cart inside of their incomplete shop and now with its complete renovation with coffee suppliers similar to Iron and Fire to provide their coffee. Devout Coffee started in 2013 with two brothers using a barbecue converted into a coffee roaster to roast and create quality coffee. Knowing that finding a good coffee shop was about 30 minutes in any direction (San Francisco and San Jose), they decided to shake up the coffee scene in their town of Fremont.

Initially selling it off of a cart in Niles, they opened the storefront close to two years ago. Niles is one of five neighborhoods that merged to create the city of Fremont. Niles is considered a historical part of town with its antique shops and eateries, but it’s mostly known as the birthplace of Hollywood! Old westerns and Charlie Chaplin films were made in the town, and one of the first major West Coast film companies used to be stationed in Niles before they moved out to what is today’s Hollywood. 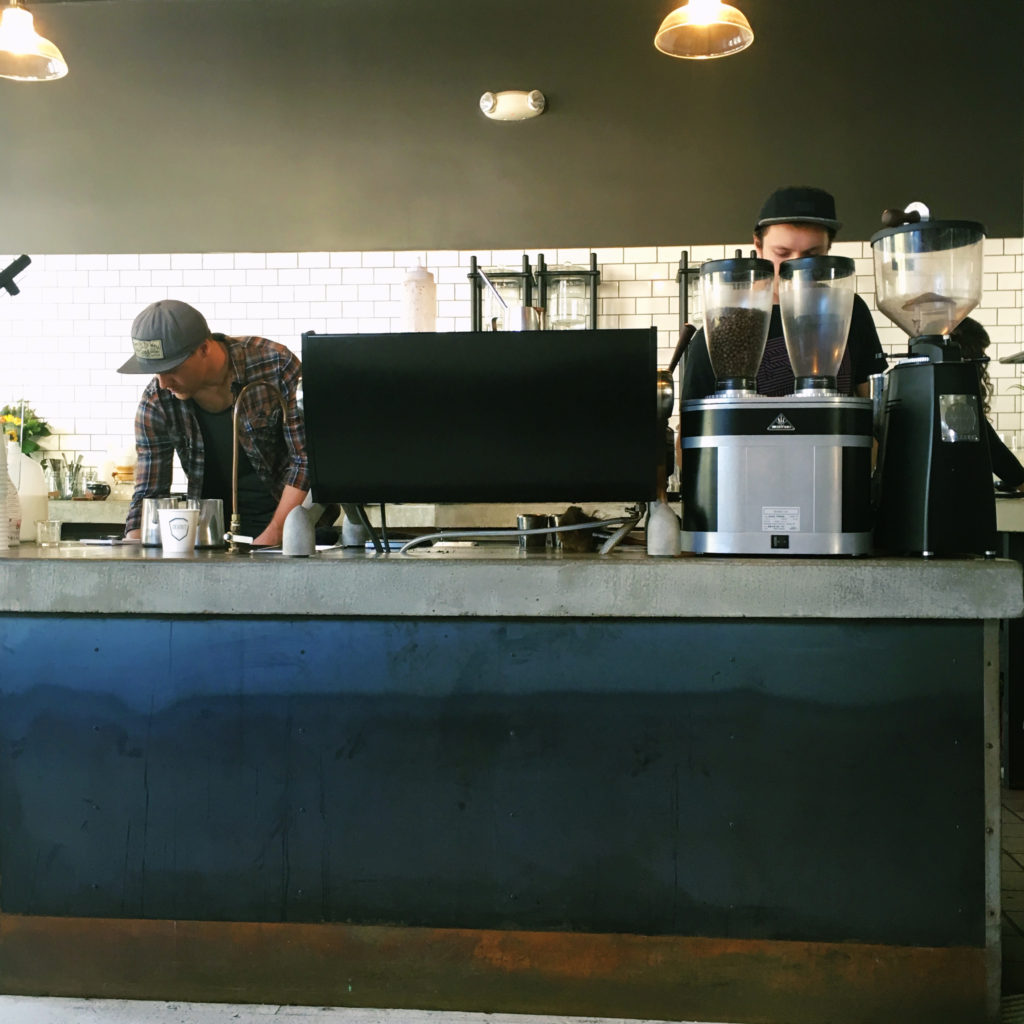 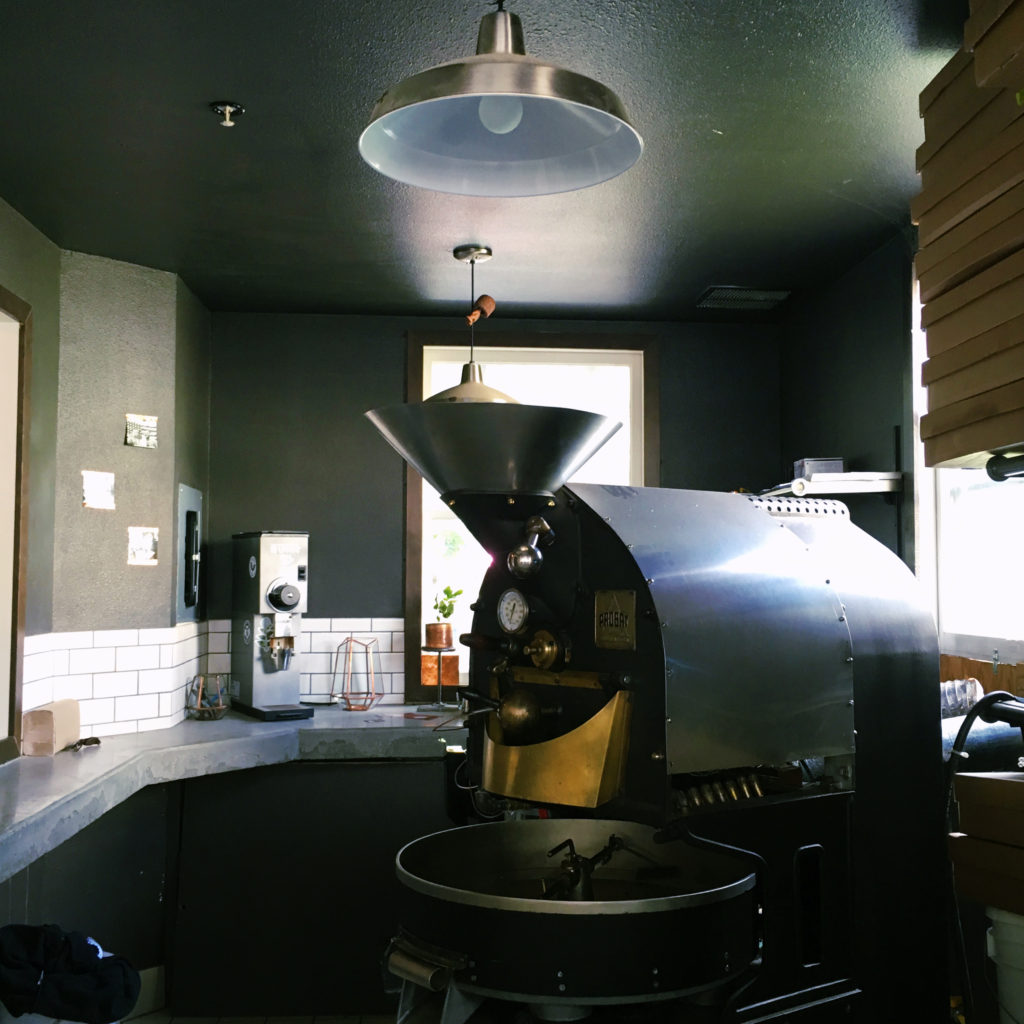 Back to Devout – when they opened their storefront, they knew it was a big step up and if they didn’t change certain things, they wouldn’t be able to stay open. They have worked hard looking for ways to improve quality, keeps regular customers happy, and come up with coffee shop promotion ideas to keep new faces coming through the doors. And they made sure they don’t just have high-quality coffee, their shop feels like you’re in San Francisco at a higher-end coffee spot. They’ve renovated the walls from the bright and airy walls to dark walls with minimal decor. They have beautiful wooden tables, a comfy couch, and outlets for chargers. I love the minimalism vibe they have going inside. It feels like you’ve left the old neighborhood of Niles and Fremont and are up in the city, without the hassle of trekking all the way over there. They have their espresso machine in the front and the coffee roaster in the back. All of the roasts are made in-house, and they also have a monthly coffee club where you can get their roasts delivered to you at different price points for however many bags you choose. The baristas and staff are friendly and knowledgeable they can explain to you their roasts and flavors if you have any questions or need advice. Although I do love everything about this place, I would love it if they started doing cold brew coffee, as this would be great for the hotter months. I know people say hot drinks cool you down, but I don’t think I would be able to do this everyday. A friend of mine works in a coffee shop, where she said she did the same thing and asked her manager if they could start selling brewed coffee, to which he said yes to! All she did was look online and print out a something like the JoeFroyo sell sheet and he was more than happy to upgrade the stock. Considering I’m always at this place, maybe I should give it a go. It’s worth a try. I’m sure everyone will thank me later on, especially in the summer! 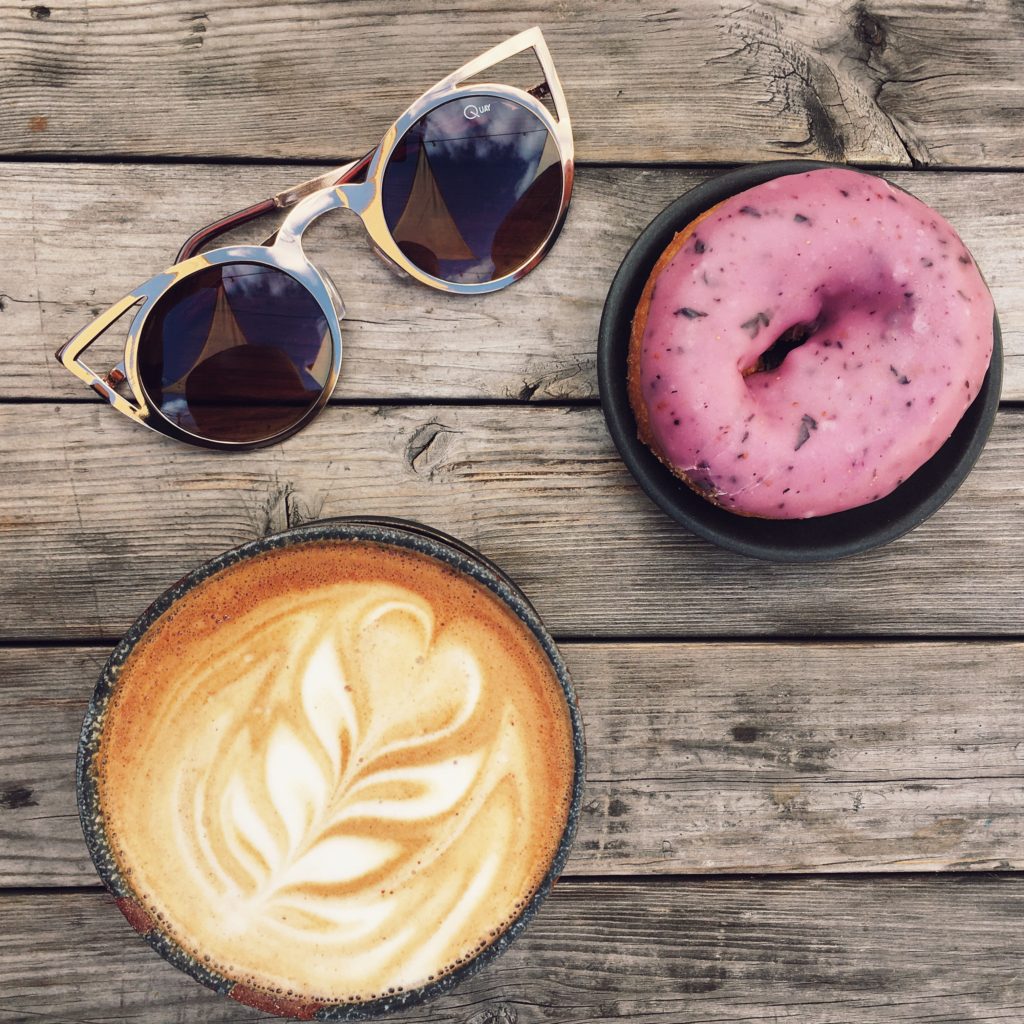 I ordered a TCHO Mocha the times I’ve visited Devout, and it’s excellent. They use TCHO Chocolate in their coffee, and it has that thick, chocolatey flavor in the drink that makes it so great. I love the frothy cream on top that helps balance out the thickness from the chocolate. I liked the bitterness of the coffee because it was subtle and not acerbic. The bitterness doesn’t linger which is awesome, and I also appreciate that they use local ingredients like TCHO, based out of SF.

To accompany my coffee, I ordered a blueberry donut. They have a bunch of other pastries, which looked equally appetizing. I know that some of their savory bread pastries are from Firebrand in Oakland. I, unfortunately, can’t remember where the sweet pastries and donuts are from, but they were fantastic. My friend had an apple cinnamon donut, and I just had to try the blueberry one. Y’all know I got it because it was pretty and I’m glad appearances weren’t deceiving! It wasn’t a dense donut; rather, it was light and fluffy without being overly sweet. 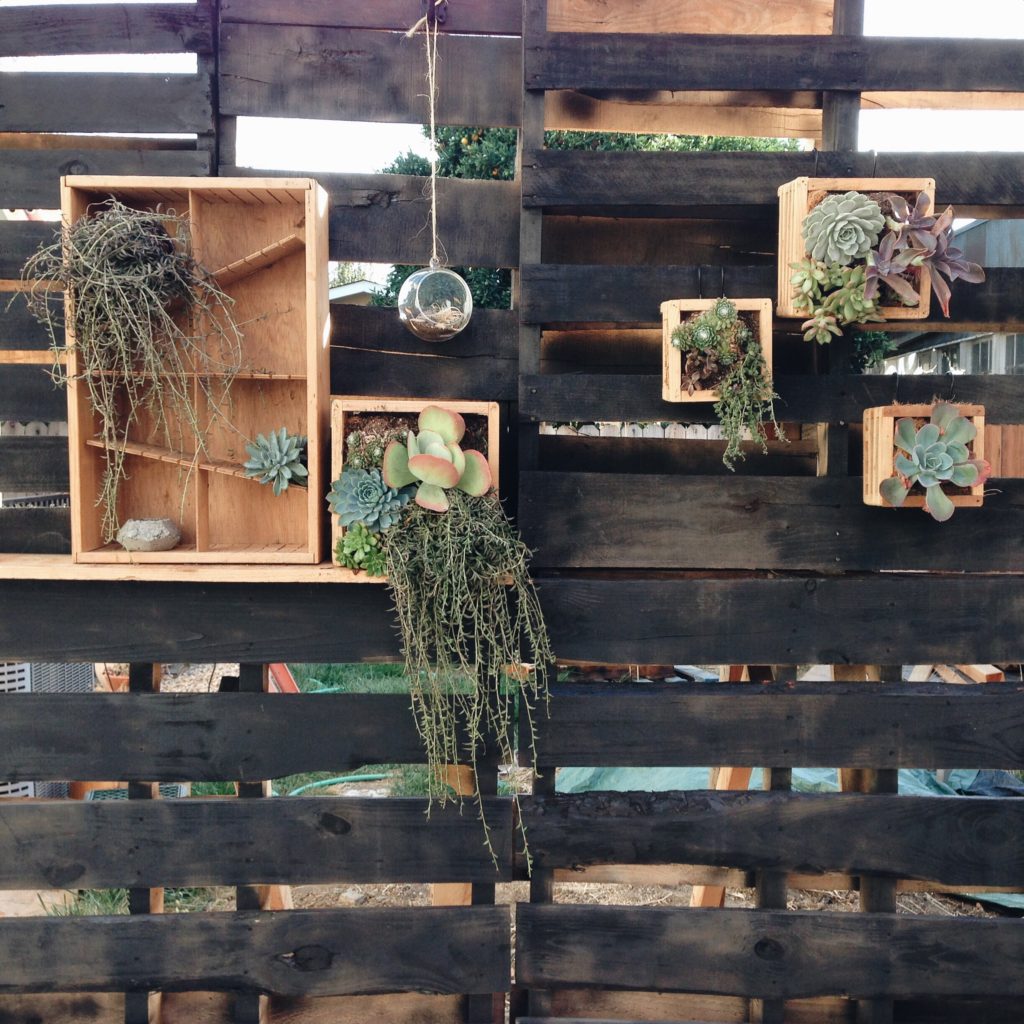 While the inside is nice and calming and is a great environment to work in; I love the outdoor patio space! It’s my favorite part – outside of the coffee, of course. I love that there’s a cute space to sit and enjoy the sun when it’s a beautiful day in the Bay. I’ve been out there in the afternoon and the morning, and it’s serene. You see people walking around Niles perusing the shops and getting brunch. I also love the aesthetics and decor inside and out – it just makes you feel good. Devout Coffee is this little oasis in an intimate town setting in suburbia.