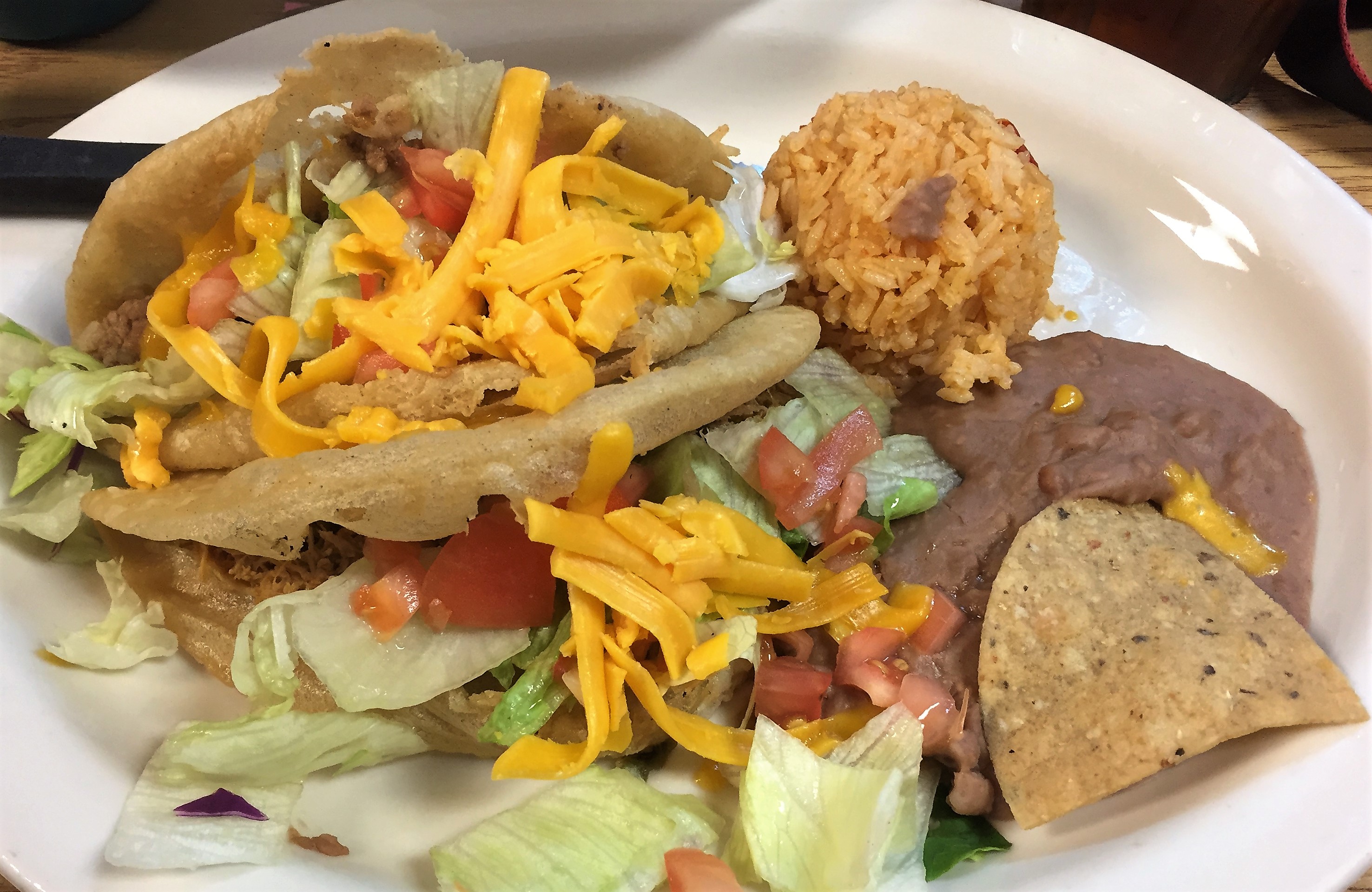 For this installment of Taco Tuesday I sunk my teeth into some amazing puffy tacos. After devouring all that turkey and dressing I needed to cleanse my palate. The puffy taco was invented by Henry Lopez. The puffy taco has been a San Antonio staple since then. Puffy tacos are made with a dough called masa. Fresh masa dough is available at most mexican specialty stores. The dough is then pressed into discs and fried in oil. The water in the dough puffs up when fried. The shell the perfect combination of soft and crispy. Picture a little pillow for meat! The great thing about puffy tacos is that they can be filled with anything!

The first taco was filled with amazing and savory picadillo. Picadillo is a savory meat filling including beef, potatoes, bell pepper, onion, garlic and cumin. Some recipes for picadillo include raisins. Don’t judge. It is amazing. 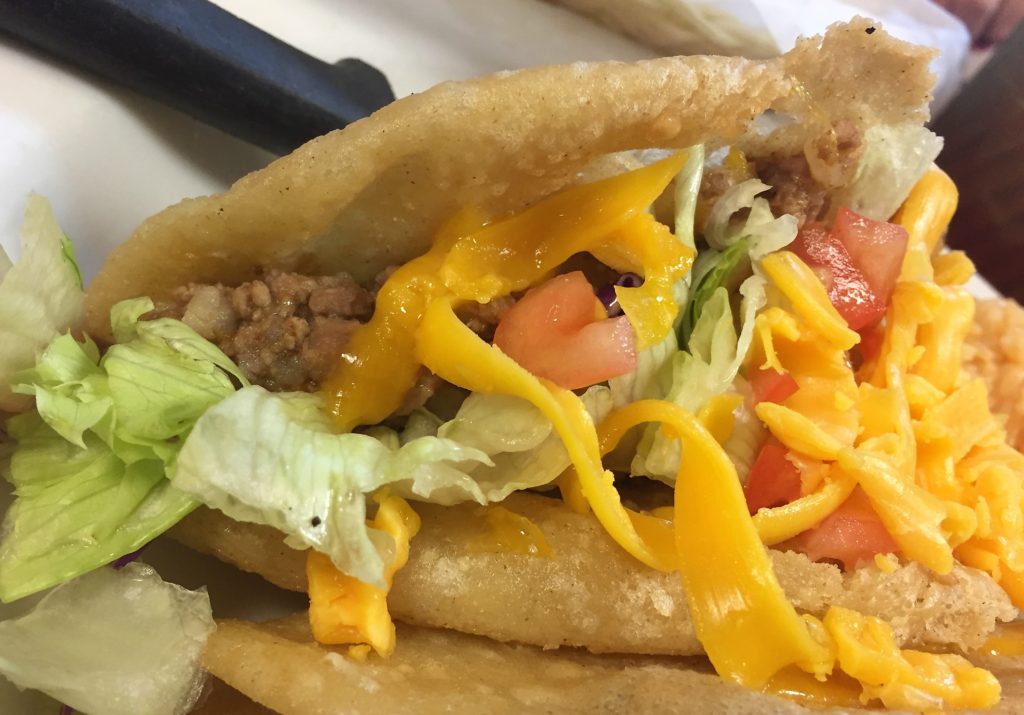 Second up on the taco train was a chicken puffy taco. This taco was filled with shredded chicken. The chicken was moist and seasoned with garlic, cumin, tomatoes and peppers. 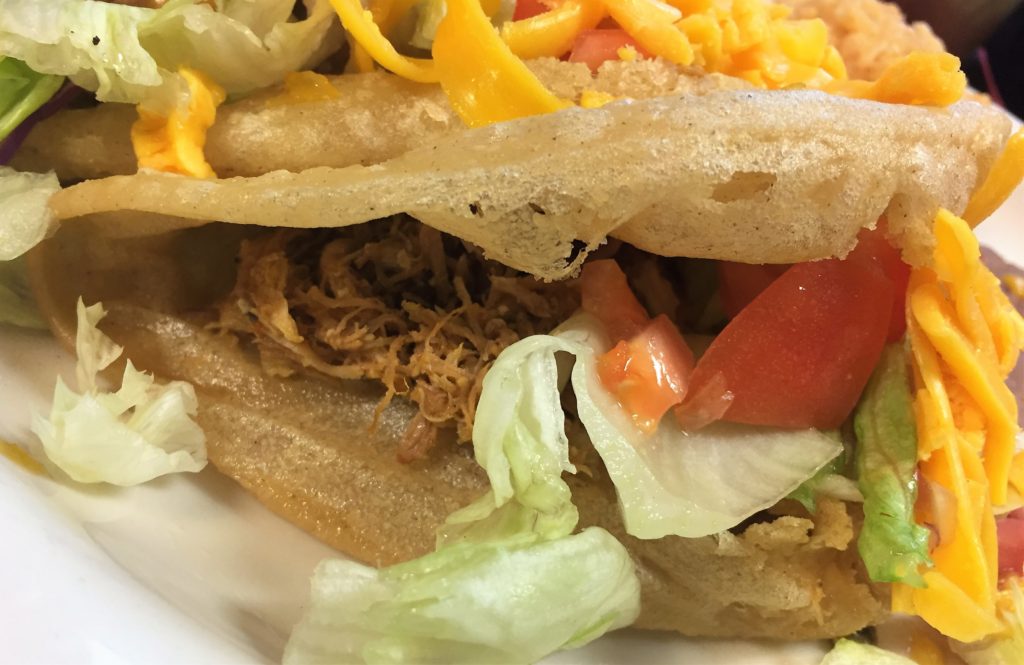 These tacos were just what the doctor ordered…my turkey coma is cured.