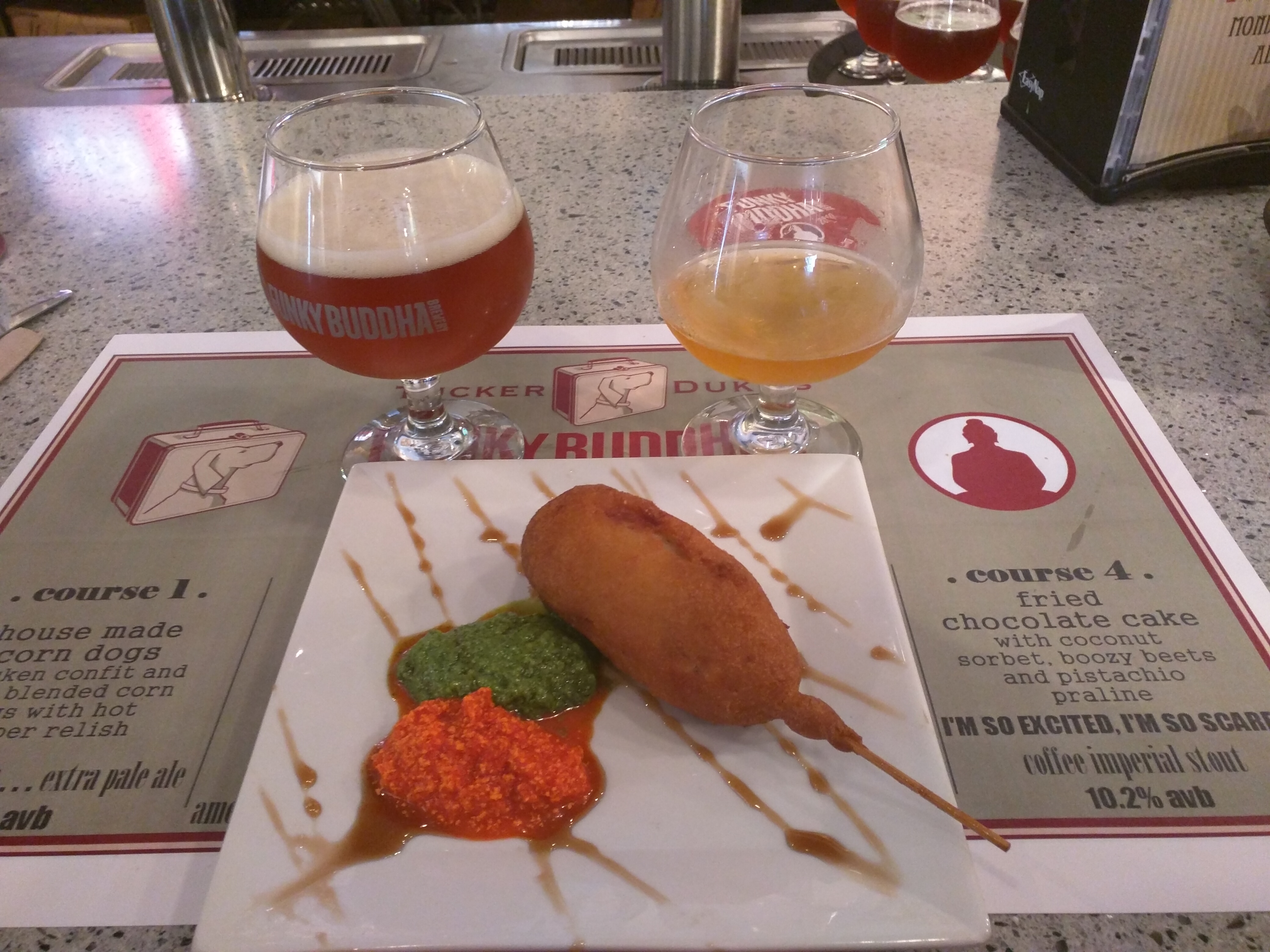 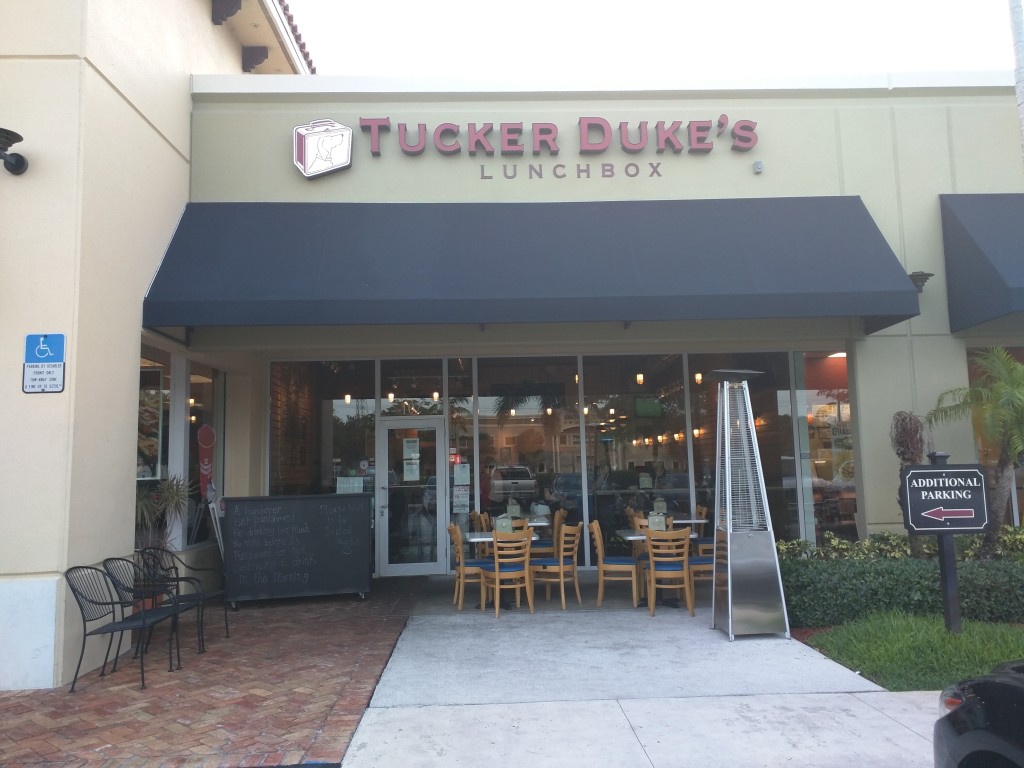 I am about to transport you to Tucker Duke’s Lunchbox Annual Summer Brew Masters Series, which included a five-course meal with a craft beer pairing with each step of the way. The Lunchbox is a local favorite but definitely an “if you blink, you will miss it” type spot, due to the location.

In partnership with Funky Buddha Brewery, Tucker Duke’s Lunchbox held their Annual Brew Masters Series and they graciously let me take part. I gauged the event menu beforehand and it was so bountiful that I did two workouts to prepare for the feast. 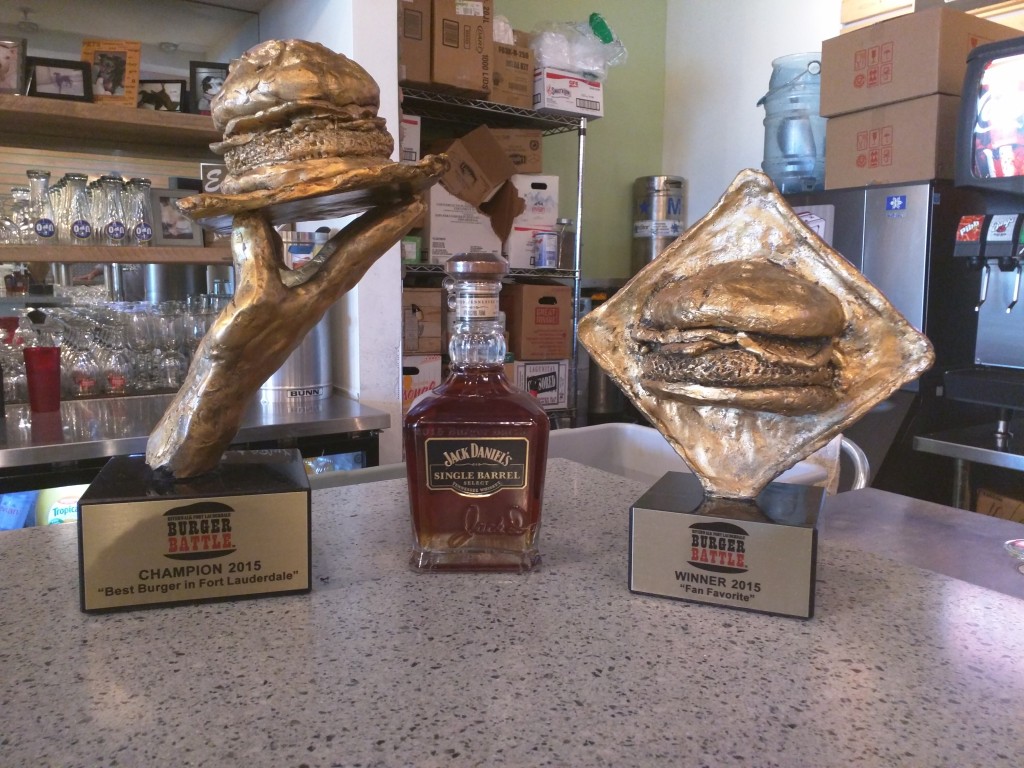 This wasn’t your ordinary restaurant showcase. Tucker Duke’s Lunchbox is known for their world famous burgers, but the chef took a cuisine detour this evening. The first course was an appetizer of fried pig ears with chipotle aioli sauce paired with the Floridian; a blonde ale by Funky Buddha. 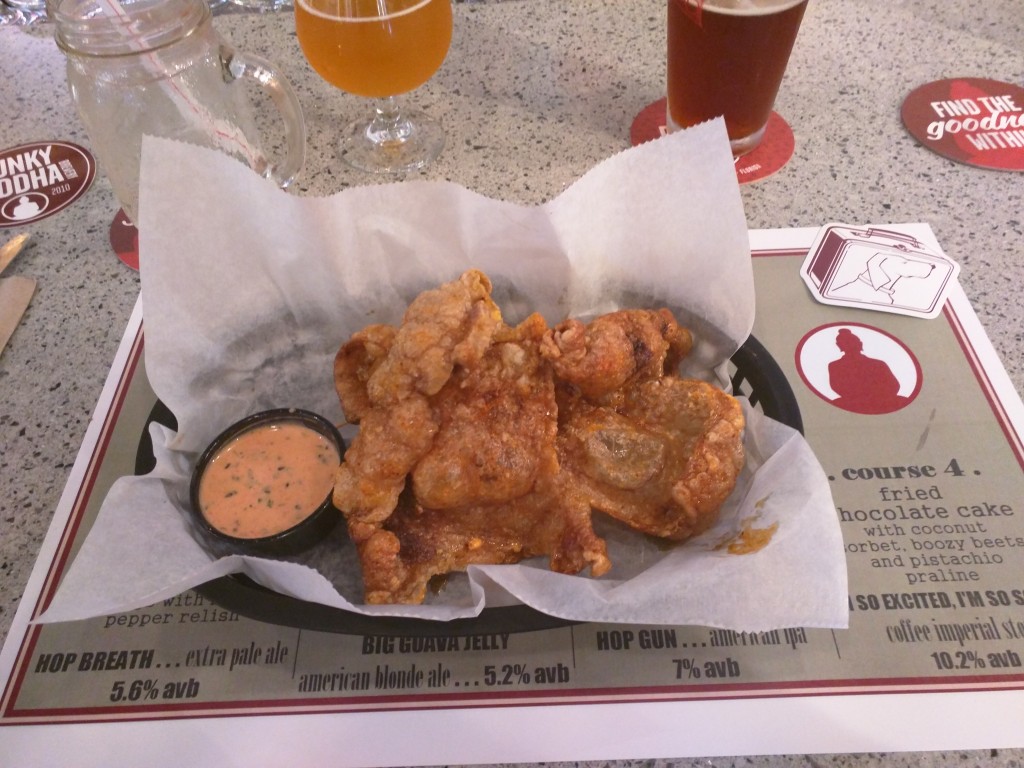 Aioli is a mayonnaise based sauce and even though I am usually adverse to mayo-based anything, this was pretty tasty. It had just the right amount of kick with a smooth finish that was more chipotle than mayo. The pig ears had a texture similar to pork rinds, but with a lighter crunch. It was definitely an interesting start to the evening. 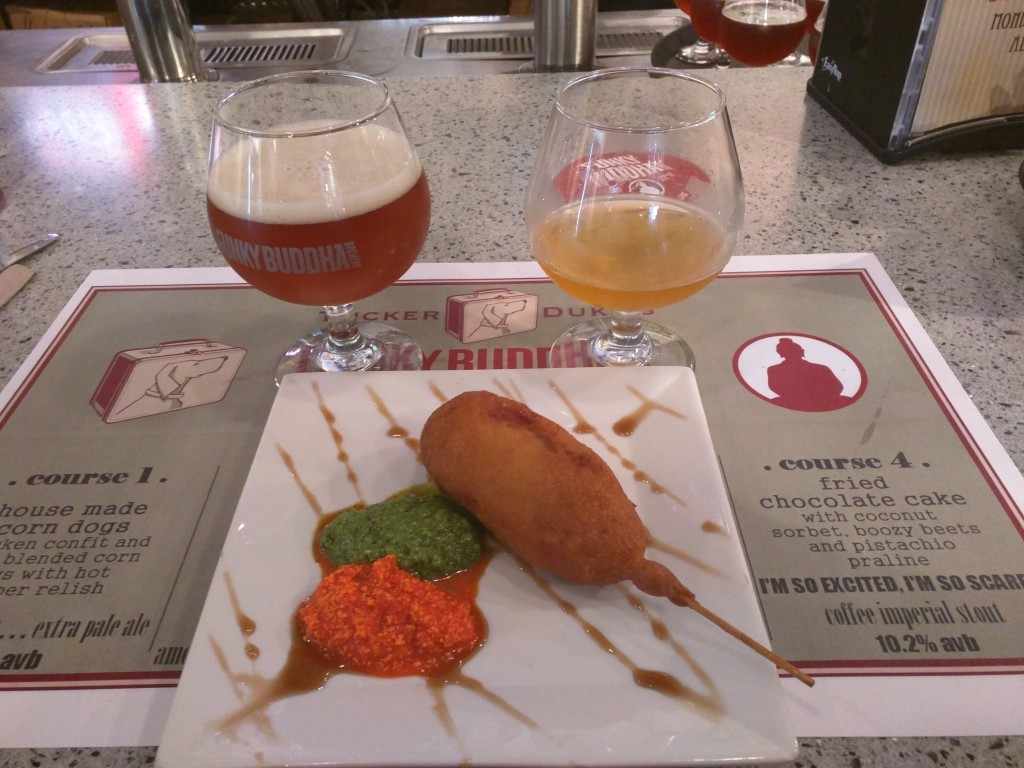 The second course was a summer carnival staple: Corndogs with Hop Breath, an extra pale ale. However, the chef had a real twist in mind with this traditional fair food. Instead of a plain hot dog wrapped in breading, the chef infused chicken and veal into a sausage-like structure and used a waffle base for the famous corndog coating. The result? A corndog with a slightly sweet, fluffy outer layer, followed by the tender, perfectly blended texture of the chicken and veal. It was paired with hot pepper relish. I was pleasantly surprised by how much I loved this course. 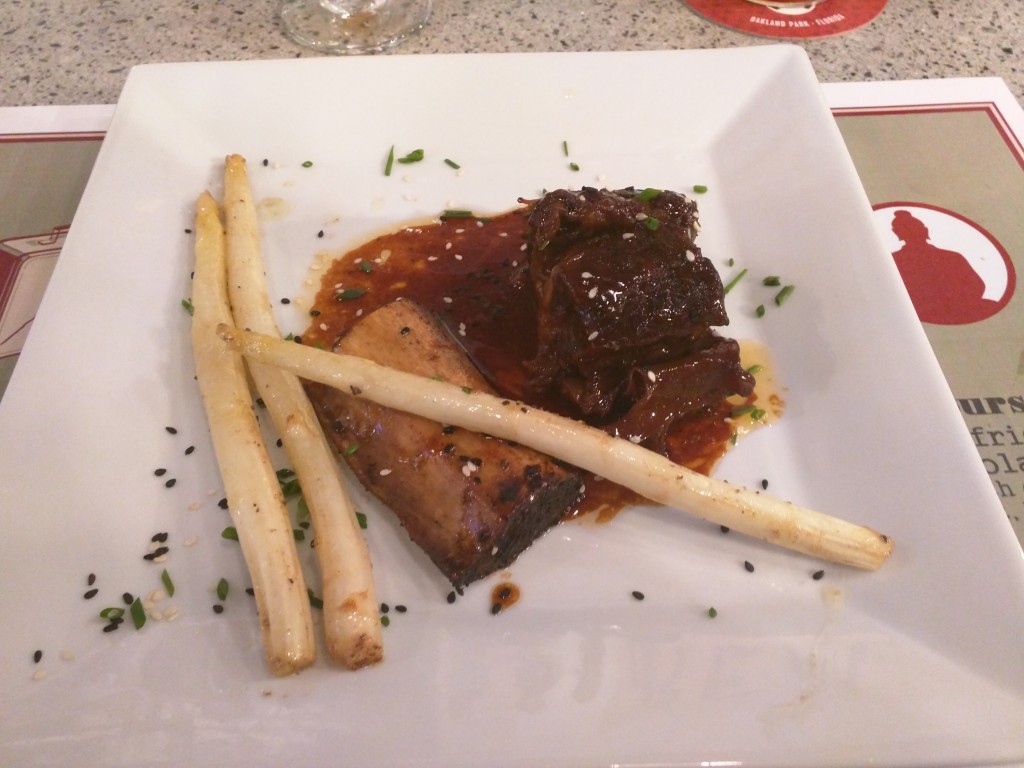 The short ribs were up third and they were my favorite course on the menu that evening. The dish was paired with Big Guava Jelly, a beer that can be best described as an infusion of guava juice and blonde ale. The combination was heavenly.

Cooked to blissful tenderness, the short ribs were coated in Thai basil ginger sauce with a Coke reduction. The meat was served with white asparagus, which is something I have never had before but after tasting it I can see why the chef chose it. Its a more delicate taste than green asparagus. The flavor of the short ribs was powerful and the white asparagus complimented the dish without bringing too many competing flavors. 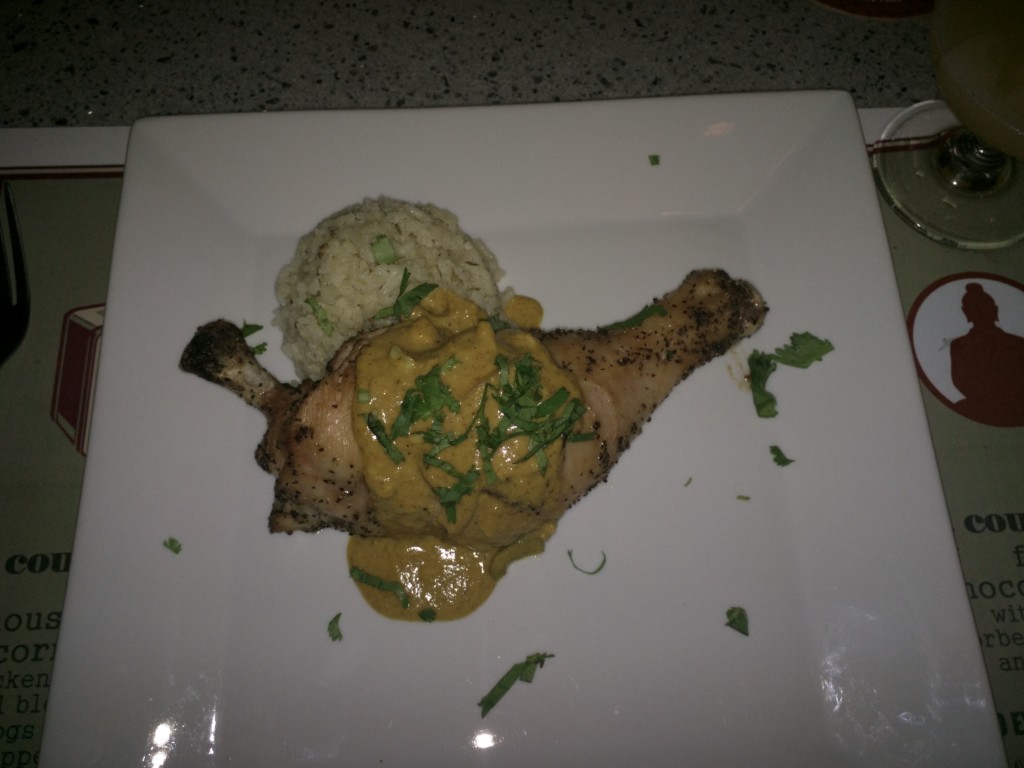 If Indian based dishes are your fancy then you would have loved the fourth course. The chicken korma was topped with a smooth cashew curry sauce and served with white Indian rice. The beer pairing for this dish was the Hop Gun, an IPA which is one of the hoppiest beers you can enjoy. By this point, I was stuffed but there was one more course and it was definitely worth the wait.

The grand finale course was a fried chocolate cake with coconut sorbet, drunk beets and pistachio praline. It was coupled with Funky Buddha Brewery’s own craft beer titled “I’m so excited! I’m so scared!”. Any beer with a “Saved by the Bell” reference in the name deserves a high five!

The beer, a rich, chocolatey coffee imperial stout, was the perfect compliment to the final course. 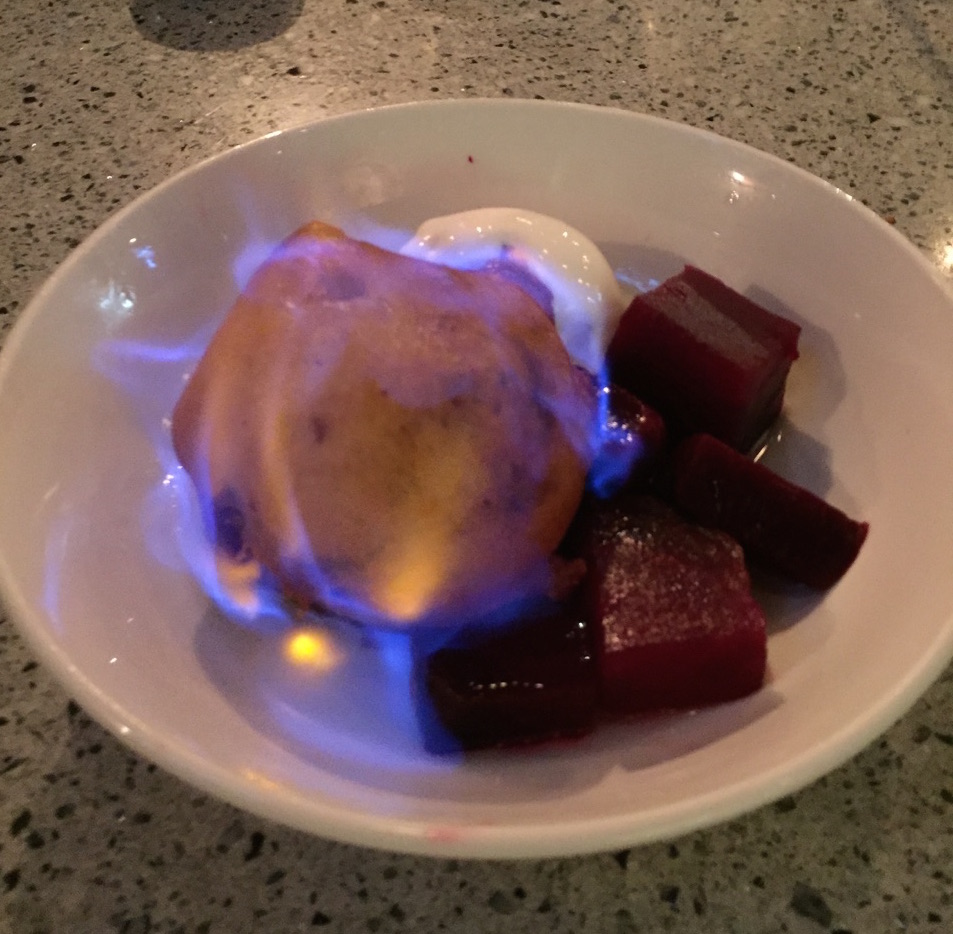 The dessert was topped with Bacardi 151 and lit on fire. After the flame died down, I was able to dig into the dish. I started with a spoonful of fried chocolate cake and followed by the coconut sorbet. That was a delicious bite with an added bit of kick from the beets, which had begun melting into the ice cream. 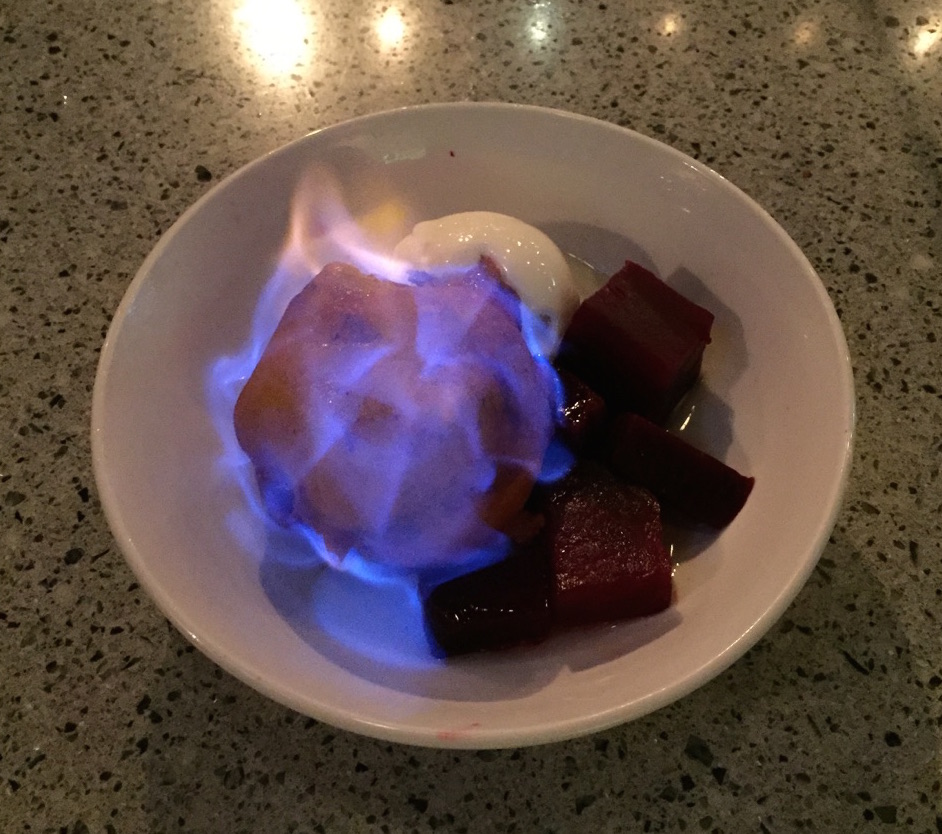 There was an initial kick and let’s just say that the boozy vegetable delivered an extremely strong dose of Bacardi 151. I loved that the chef created something memorable and infused so many different elements into his dessert.

Tucker Duke’s Lunchbox will be doing another round of their Annual Summer Brew Masters Series on July 28th. If you are or will be in the area, it is definitely not one to miss. You can find more information here. To stay current with Tucker Duke’s Lunchbox events, visit their Facebook page or Instagram.

It’s Greek To Me: The Famous Greek Kitchen