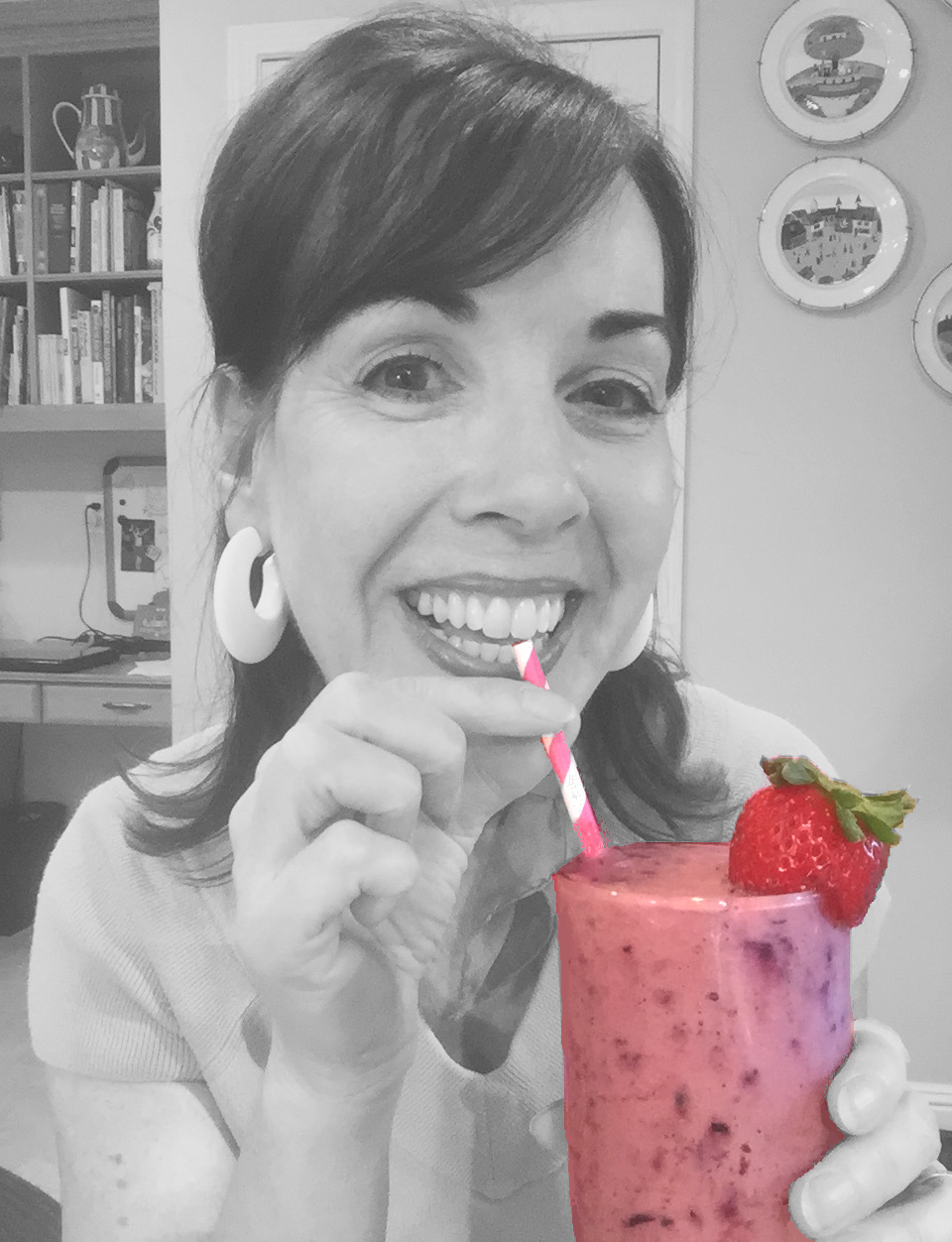 As an obsessive cook-from-scratcher, one of the things I make is yogurt….lots of yogurt. In fact, I average 64 oz (that’s half a gallon!) every other week. Click on Make Yogurt In A Thermos – EASY! to learn how.

Why so much, you ask? Yogurt is a multifaceted superfood. Studies have shown that people who regularly eat yogurt live longer and healthier. But homemade yogurt has a bit of a bite to it since no sugar or thickeners have been added. In fact, because you don’t add sugar or thickeners it’s incredibly easy to make, especially with something like the euro cuisine gy50 greek yogurt maker. However, getting my kids to partake was a challenge. Unfortunately, touting the health benefits of foods falls on deaf little ears, followed by “I wanna go to McDonalds!”

So I started making yogurt fruit smoothies as our dinner beverage. BUT, since perception is everything, I called them Yogurt SHAKES. My kids were quite familiar with the word “shake” – associating it with other words such as “ice cream”, “dessert”, and “yummy”. No need to bother them with facts. We moms sometimes have to be a little sneaky…. but the kids will thank us later. Continuing with my crafty ways, I did make a point to leave the word “yogurt” – wanting them to have positive thoughts about it.

Yogurt Shakes are easy, nonfat, frosty, creamy, and nutritious. But more importantly, they’re something you and your children can enjoy guilt free. How often does THAT happen?!

One of the things I love about Yogurt Shakes is that they’re an easy way to fulfill those pesky daily fruit requirements. If you’re adventurous, you can even throw in spinach or kale. I’m not that brave. I live by the motto: if it ain’t broke, don’t fix it! Use any fruit you like but, unless you have an aversion or allergy, a banana is a must. There’s something magical about the interaction between the ice cubes and a banana that produces a creamy shake instead of one filled with annoying ice chunks.

Tip: I wouldn’t be living up to my self-proclaimed title of Queen of Freeze if I didn’t remind you to freeze those over-ripened bananas heading to the compost heap. Use them in your Yogurt Shakes!

Yogurt Shakes are made in a blender. If you have one of those jet-engine blenders (like I do), you’ll have no problem getting a creamy chunk-free shake. But if you have a cheapy one (I have one of those, too), you might want to invest in an inexpensive ice crusher….or a hammer and a sturdy plastic bag, and break up the ice cubes before putting them in the blender. Even with a banana, the motor just isn’t powerful enough to completely purée the ice. If you don’t mind the odd ice chunk, don’t worry about it.

Although I occasionally change up the fruit, this is my go-to Yogurt Shake recipe. I always add a packet per person of Emergen C – I’ve found it not only enhances the flavor, but it’s another way to add vitamins into our diets.

Note: I use only 1 banana even if I double the recipe. If I triple it, then I add an extra banana.

Mix everything in the blender on medium/high. Serve immediately.

For more articles and recipes, go to my blog at VEGETARIAN COOKING FOR CARNIVORES BLOG.

I’ve been cooking from scratch ever since I can remember. Frugal by nature (okay – cheap!), I just can’t see buying pre-made food when it’s so easy to make it yourself. Plus, when you prepare your own food, you know what’s in it. Since I’m also skeptical by nature (okay – a bit paranoid!), I worry what germs, bugs, and unpronounceable ingredients my family and I are eating. As an actress, I decided to merge my love of cooking with my love of being in front of the camera, creating an online show called VEGETARIAN COOKING FOR CARNIVORES ( vegcookingforcarnivores.com) – a show for people who like meat but want to eat vegetarian. The next step was blogging (vegcookingforcarnivoresblog.com), followed by tweeting (@vegcooking4carn). Geez – where does it end? I don’t preach vegetarianism – I’m just there for those of you who want good vegetarian food (which also includes desserts, by the way).