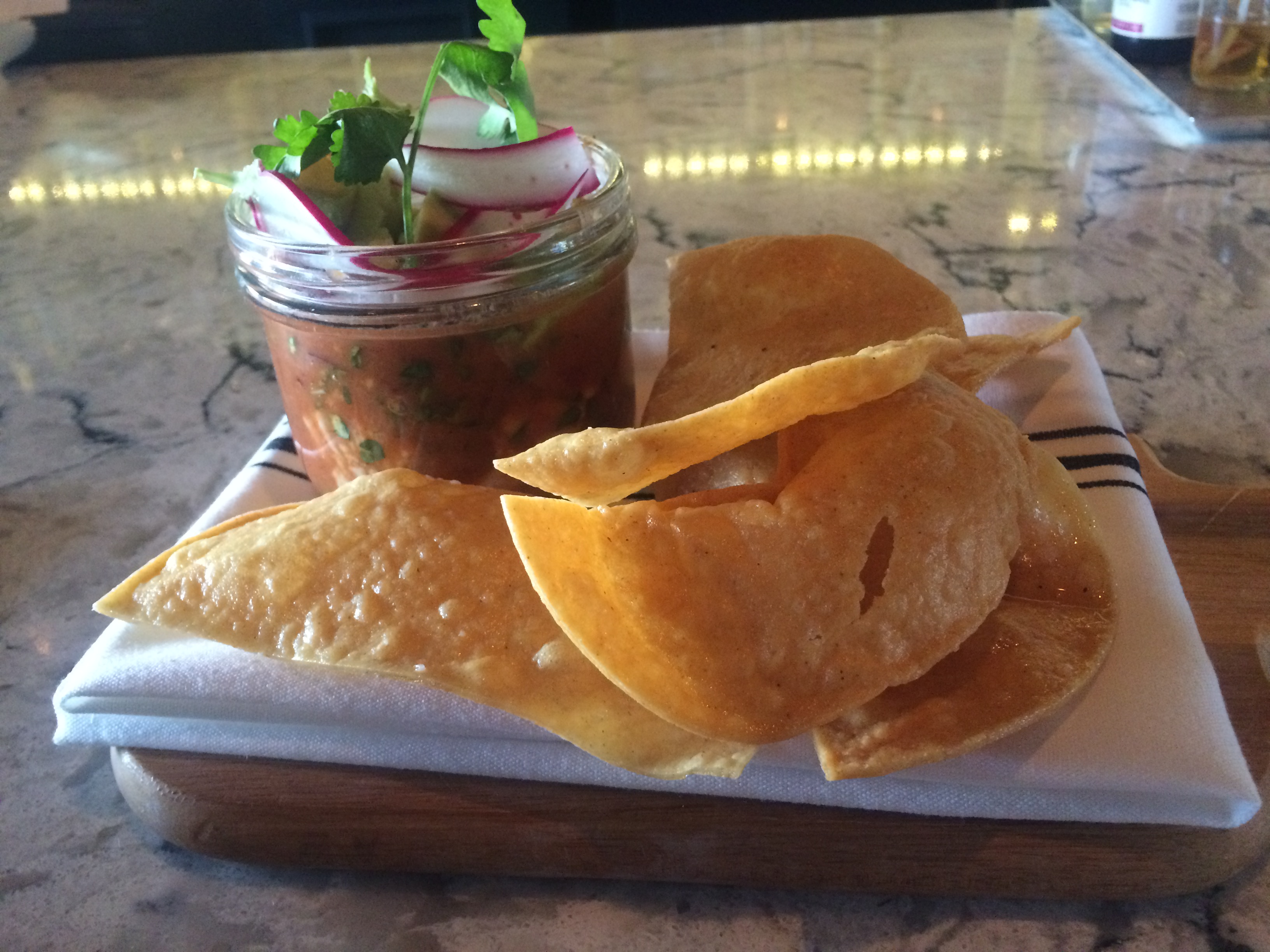 ?>
There is a time after lunch and before dinner that I like to call the golden hour. In this time, I allow myself to have a small meal before dinner. In Spain they call it tapas, in the U.S we say appetizers, and in doctors offices, they call it making your way to diabetes. However, there is nothing I love more than having a small refreshing “snack” on days where I know I’ll be having a late dinner. Luckily Under Current has exactly what I need with a short food menu and a very long, very well planned drink menu. 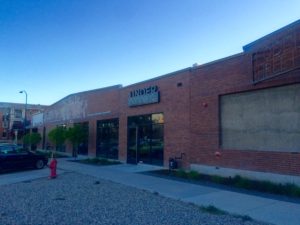 Under Current opened in 2015 in downtown SLC. It is a small bar that neighbors Current restaurant and has a more relaxed atmosphere. It’s perfect for every occasion and after dining here I seriously thought about how I could have every single date, party, or baby shower in this bar. I came on a busy after work Friday with my friend, Natalie before the monthly SLC Gallery Stroll. 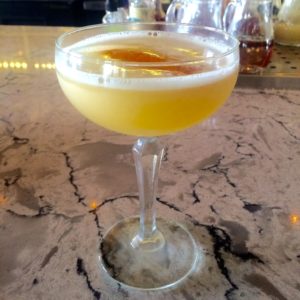 I started out by ordering a cocktail named the Naked Lunch. This vodka cocktail with cognac, suze, honey and lemon. I thought was the absolute best. It was refreshing and I could actually taste the clear vision that went into pairing the drinks and cuisine. The bartenders skillfully assemble drinks, and if you are sitting at the bar, you will be treated to show. This is by far the best drink menu in SLC and you will be hard-pressed to find a drink you don’t like. Trust me, I tried. Amy Eldredge, the bar general manager, should have parks, buildings, and cities named after her for creating the drink menu. I have found my Sistine Chapel of drink menus and the Wonka Factory of cocktails. The drinks I had ranged from $9-$12 which is on the pricey side for drinks in SLC, but they are worth it. 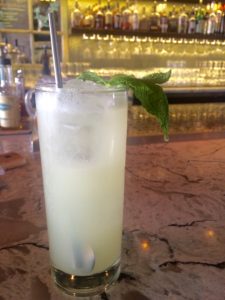 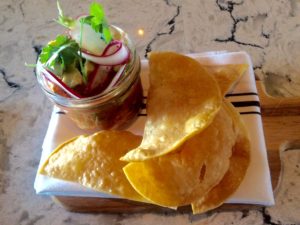 Since I’m originally from L.A, I am used to having some of the freshest seafood. So I’m always a little hesitant to order any type of raw fish in Utah, but since Under Current is well known for their seafood I decided to go with the Ceviche. It was a halibut and hamachi ceviche with avocado and house made tortilla chips. It was available on their specials menu and (for the sake of humanity) needs to be served all the time. It was a perfectly sized portion and tasted incredibly fresh. If I worked there, they only need to pay me in ceviche. 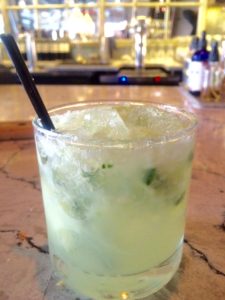 Gordons Cup: Gin, Mint, Lime, and the love of a good bartender. 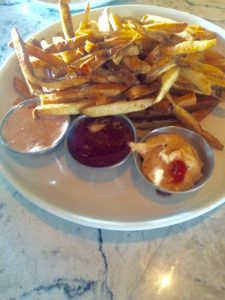 To wrap up my pre-dinner tapas, I ordered the house made fries which were at every table in the place. They come with three dipping sauces which are Togarashi Aioli, Remoulade, and House Made Fry Sauce. Utah, in my mind, is the undisputed king of “fry sauce”. It took me six years of living in Utah to embrace the fact that deep fried snacks need mayo-rich sauces poured all over them. Having fries without trying the fry sauce in Utah can be compared to going to Amsterdam and not trying the “tea”, YOU DRINK THE TEA. Overall, Under Current has it all great drinks, delicious seafood, local staples with a unique spin, and an incredible atmosphere.

There is one thing I'm absolutely certain I know and that is good food. I can't say I am the best cook or baker but I can tell you where you can pick up amazing dim sum, delicious drinks, or the best tacos in town. I can assure you it wasn't always like that. I moved to Salt Lake City from Los Angeles in 2012 and my biggest fear I had was what kind of food sacrifices I was going to have to make. I was worried about having to fill my taco, dim sum, and pastry needs at a chain restaurant or worse, try and cook them for myself. I'm not the worst cook in the world but I dine out at least 4-5 times a week. Surprisingly and luckily for me I found Salt Lake City to be a hidden gem. SLC is rich with great food and creative chefs. My mother, who is a wizard in the kitchen and can slay all cusines, tried teaching me but, as any reformed wild child can tell you, I wasn't so into it. I'm not sure why I find it impossible to follow one recipe, I often end up combining 3 and the results...vary. But don't worry, I'm slowly learning to cook my way through recipes while adding my own flair. I cannot wait to share the best Salt Lake city eats and my own culinary adventures with you!