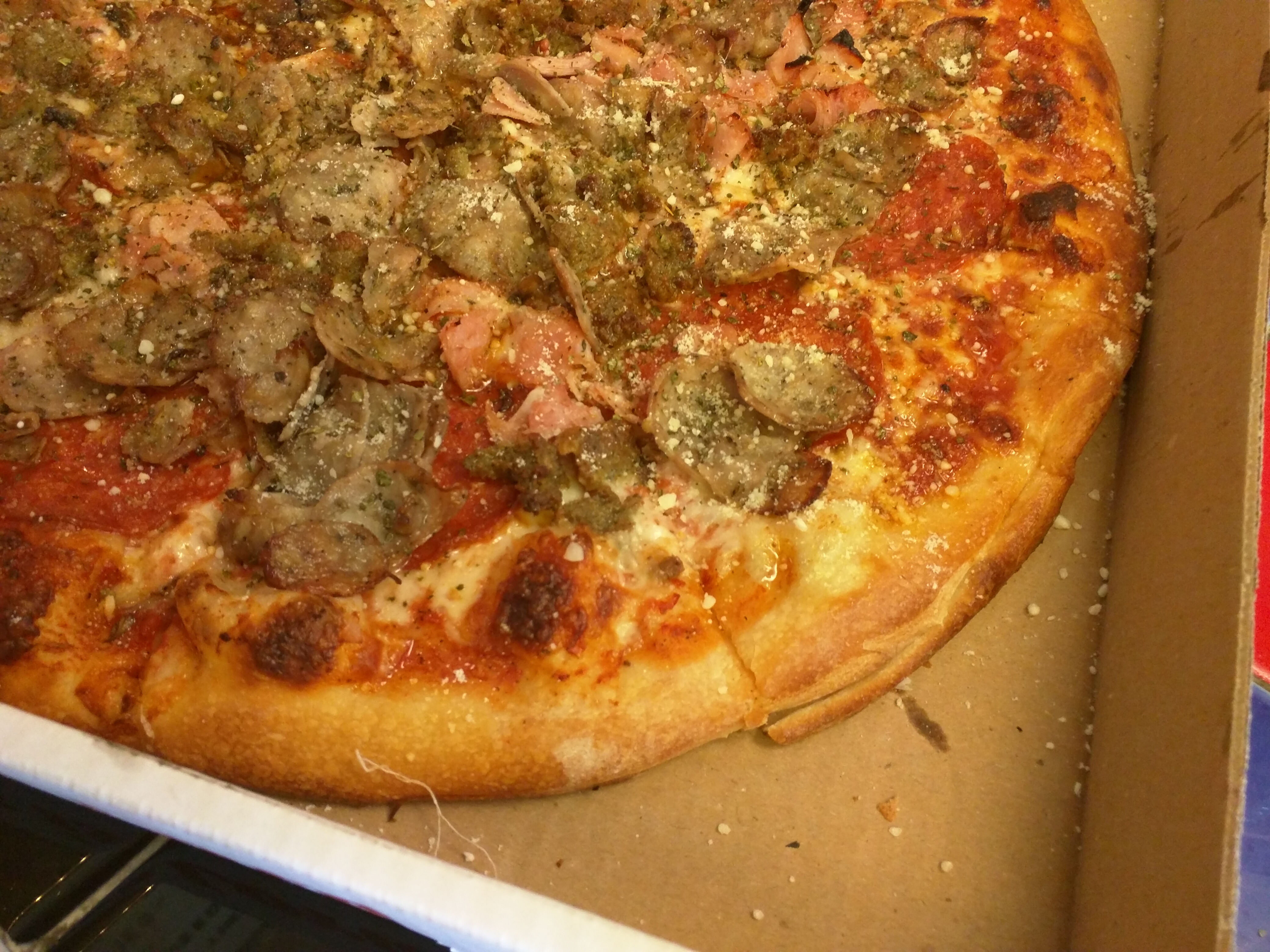 Most people make New Year’s resolutions, and you can bet that at least one of those resolutions is to lose weight. Maybe you made that same resolution at the start of the year. But, here you are. On a food blog. Lusting over all the posts and pictures about tacos, beer, and desserts. Don’t worry. No one is going to tell your trainer or workout partner that you are desperately craving a cheat day. In fact, I’m going to let you in on what my cheat day meal looks like. I have a pretty structured workout and diet plan, but let’s be honest. Every now and again, I want some pizza and a dessert, and I am completely fine with just going for it. 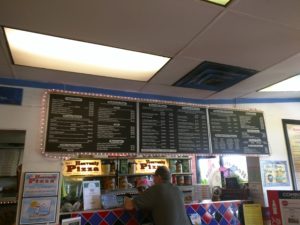 In South Florida, there are tons of local pizza joints. I happened to come across Phil’s Heavenly Pizza because I worked in the same plaza that the restaurant is located. The owners take the Lord and their faith seriously (hence the name), but it’s a totally chill place. They have this divine $5.00 special that includes two slices of cheese or pepperoni pizza and a drink. When I was in that two-week-waiting period after I just got hired at my job a few years ago, this deal came in handy. I have been paid a few more times since then so I can spring for a whole pizza now! Moving. On. Up! 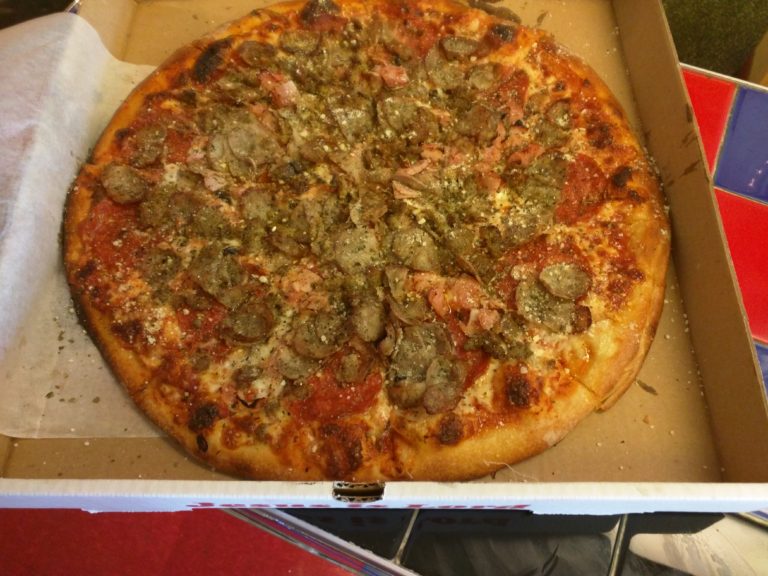 Even though I don’t work in that plaza any longer, my CrossFit gym is across the street from Phil’s Heavenly Pizza, so I can always keep my eye on the cheat day prize. Last week I treated myself to their meat lovers pizza. It was loaded with pepperoni, ham, sausage and ground beef. Typically, I don’t like ground beef on pizza, but when you order from Phil’s, you just trust that it is going to be good. Of course, it did not disappoint. 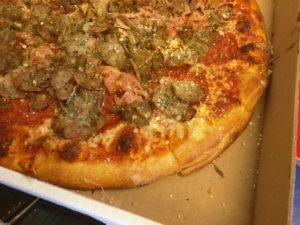 One of the biggest reasons I love this place is because they have a traditional brick oven, which gives the pizza crust an unmistakable crunch on the outside while managing to keep the base of the pizza soft without being undercooked. If you are like me and don’t like tons of sauce on your pie, then this is the place for you. Phil’s Heavenly Pizza uses their house-made sauce, and they are careful not to drown your pizza in it. The thin layer of sauce is a nice compliment to perfect amount of cheese that gives way to lots and lots of glorious meat. After all, it is a cheat meal, and I may as well do it right. 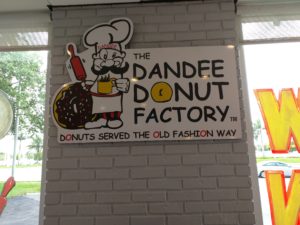 As luck would have it, I was able to complete my cheat meal close to home because there is a new donut shop right behind my house. This is both a blessing and a curse. Dandee Donut Factory is not your run of the mill donut shop either. First, let me declare… I don’t LOVE donuts. My mother has been trying to cultivate a love of donuts in me for at least a decade to no avail. The only reason I tried this place is because it was convenient, locally owned and, well, I write for a food blog and it is my duty to try new things and write about them. To the outside world, donuts are not a new thing, but to me, they are as unusual as Kobe beef or oysters are for others. 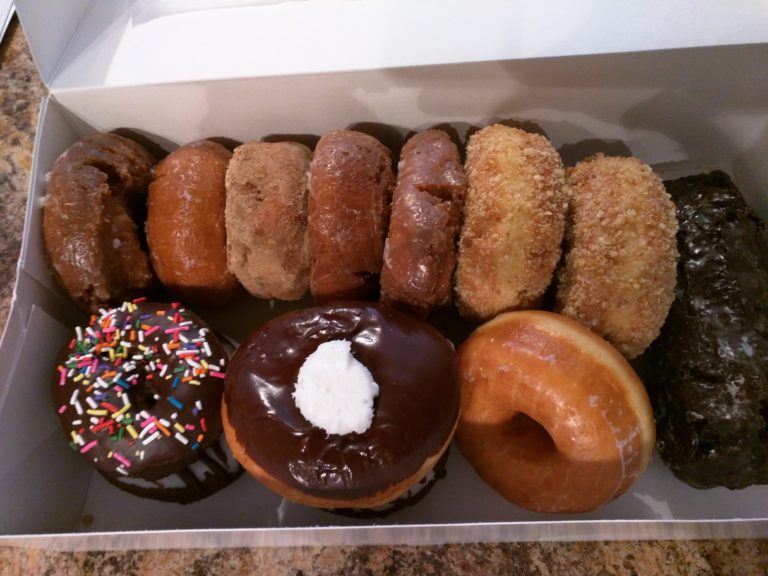 As you can see, I went for it again. I could not just get one donut, so I figured I should get a baker’s dozen and try them all. Full disclosure, I did not try them all. I did try the double chocolate sprinkle donut, which was super rich and chocolatey. Honestly, the donut tasted like a full-on Oreo cookie, but it was distinguished from the Oreo donut by the sprinkles on top. That is probably why I did not care for it much. Confession time: I don’t like Oreos. If you do, this would be right up your alley. Next up was the signature Dandee donut pictured next to the chocolate log on the right. I have to say it was something special. It was extra sweet with a light crunch that was the result of the crushed cereal finish covering the entire donut. I enjoyed this one a lot. 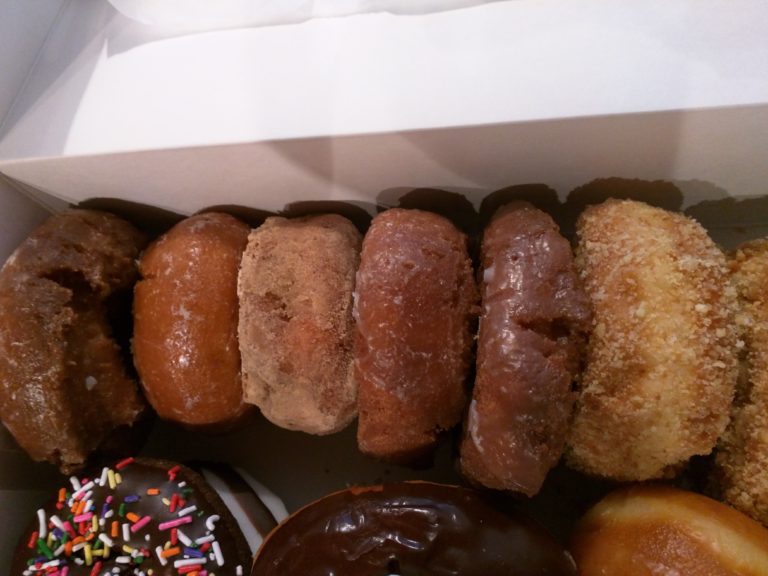 But, my absolute favorite was the sour cream glazed donut featured right next to the Dandee donut (far right) above. The flavor was simple. The texture was dense and reminded me of pound cake. The glaze was light, sweet and not at all overwhelming. It was a great addition to an already good donut. I can say this donut finally made me understand my mom’s love for the treat. It was so good I called my mom to apologize for not getting on the donut bandwagon sooner. Dandee Donut Factory. If you’re in the South Florida area, definitely check them out.