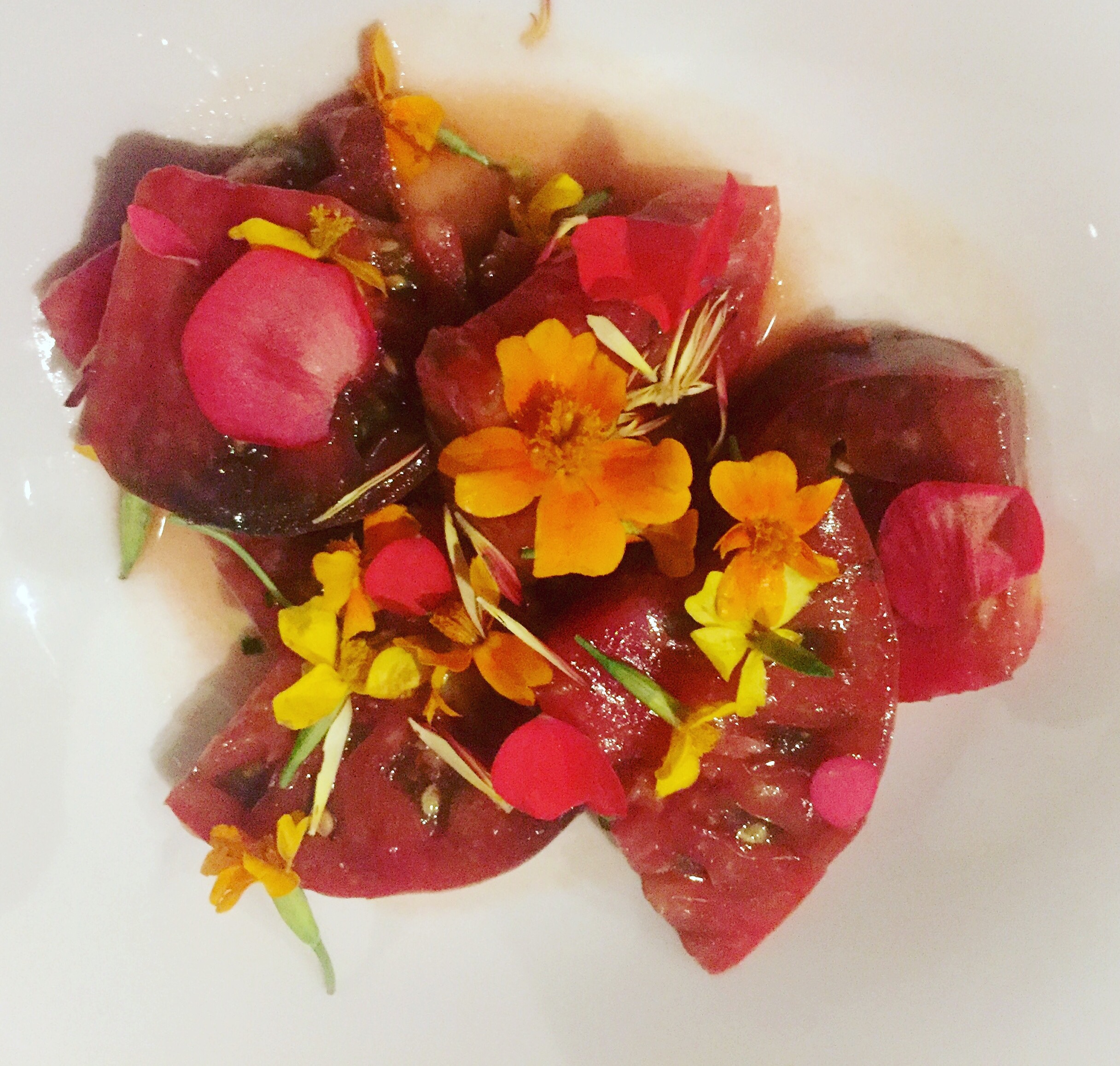 From Nashville to Asheville: Local Provisions

When one of your girlfriends wants to take a road trip to Asheville, you don’t hesitate – especially after you just finished reading Bill Addison’s article on the best new restaurants in America. Local Provisions, here I come!

Located in the heart of downtown Asheville, just walking distance from some of the best craft breweries in the city, Local Provisions is serving Southern cuisine with a modern yet memorable flare. Chef Justin Burdett, who has laid down some southern roots himself at restaurants like Hugh Acheson’s 5&10 and Atlanta’s Miller Union, focuses on the offerings of the season and looks for creative, innovative ways to highlight each individual flavor. While Burdett has cultivated relationships with local farmers throughout Asheville, he does not consider this restaurant farm to table. His menu changes as rapidly as the ingredients become available. So make sure you don’t have foodie remorse and order that dish when you see it!

So let’s get to the good stuff – the FOOD! The menu is divided up into five main segments: Taste, Small, Large, Preserved, and Sweet (sad to say, I missed out on this portion of the menu). Since there were three of us, we decided to order a few things from each section to get a real sense of the local flavor and for Chef Justin’s style.

We started out with the Ten Mile Melon and Peppers and Heirloom Tomato, both selections from the Taste section. I am a sucker for tomatoes and have been since I was a little girl, so I wanted to see how these compared to what my grandpa grew in his garden. Both were stunning dishes. The melon dish was a combination of shishito peppers and a golden watermelon/cantaloupe hybrid offering refreshment and spice simultaneously.

Already wanting more, our server brought out a gorgeous dish of heirloom tomatoes that was, simply put, a work of art. The heartiness and intense color of the tomatoes were complimented by the brilliant yellow and orange marigolds delicately placed on top. This was one of the most delicious paradoxes I’ve ever encountered. 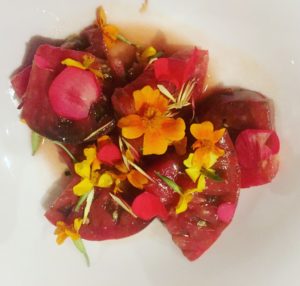 Not stopping there, we decided to order a couple of items from the Small section. While it was a tough decision, we came to a consensus and ordered Fried Oysters and Mushroom Toast, both of which were excellent choices. While I was quite the fan of the oysters, the Mushroom Toast satiated any bit of hunger I had. A combination of chanterelle and hen of the woods mushrooms, this toast was covered in tomme and had a slight bit of pan sauce drizzling the dish. Confession:  while my friends were noshing on the oysters, I snuck in extra bites of the Mushroom Toast. The savory flavors of the mushrooms combined with the rich and creamy texture of the tomme were well balanced by the crispness of the toast; definitely one of the highlights of the meal. 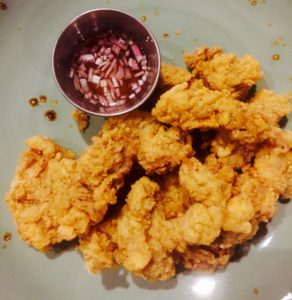 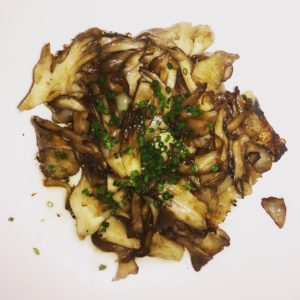 The girls and I had ordered four dishes and two different items off the preserved menu (Pork Sausage and Kimchi) but we wanted to make sure we had the best of what Local Provisions had to offer. We had the opportunity to chat with Chef Justin – what an incredibly interesting and gracious host! Not only did we learn about how he and his wife met in Asheville over a decade ago but learned about his experiences cooking at the Beard House in New York and even some of his favorite things off the Waffle House menu. Scattered, smothered and covered?  Guess you will have to drop into Local Provisions and ask him yourself!

Making sure that we had not overlooked anything on the menu, he recommended the Seared Scallops and the Goldfinch Fairytale Eggplant. It was like asking which child he liked better – he couldn’t choose one, so we had both. The summer squash, tomatoes, hot and sweet peppers provided the perfect color palate for this dish. Seared with the perfect crust, the scallops were succulent and appetizing. 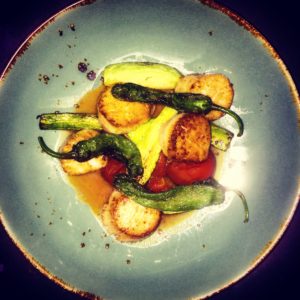 They say that good things come in small packages, and the Goldfinch Fairytale Eggplant was no exception.  These tiny fairy tale eggplants are packed full of flavor without the bitterness and seediness of their larger counterparts… perhaps that’s the upside of being small. Chef did an excellent job contrasting the richness of the eggplant with the light botanical essence of the fennel flower. 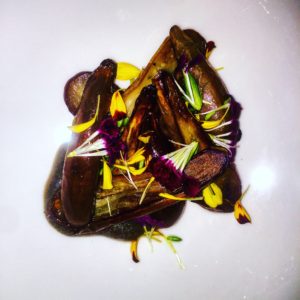 Asheville is increasingly gaining the attention of tourist and foodies near and far, as there is an abundance of local craft breweries and premium dining on every block. Chef Justin Burdett epitomizes the food movement taking place in Asheville. He carefully procures the finest ingredients from local farmers and creates thoughtful, appetizing dishes, making Local Provisions a destination restaurant. 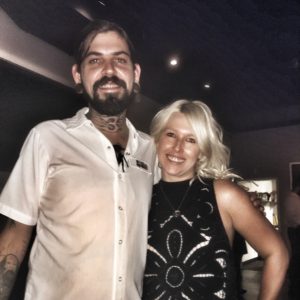 I just adored Chef Justin so had to snap a pic before I left. 🙂