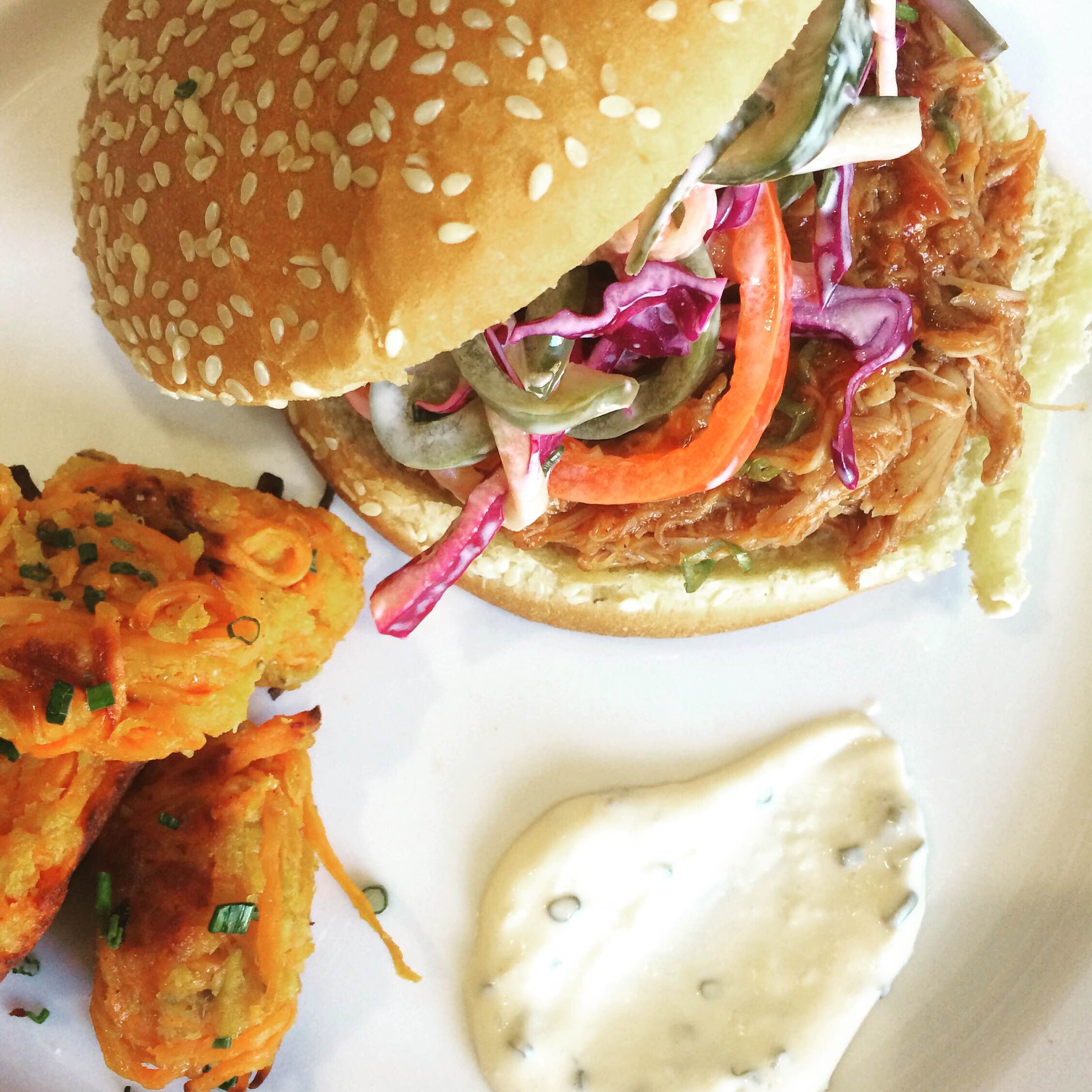 Made With Love: City Kitchen Comes to Sacramento

When Rebecca Lujan Loveless was just a young girl, her father used to let her stir the pot of chili simmering on the stove. Little did he know he’d spark a passion for food that would become her bread and butter!

As the owner of City Kitchen Sacramento, which launched last week, Rebecca translates that love of food into delicious, healthy meals for her community. City Kitchen emphasizes tasty food that is good for you and uses locally sourced, organic products whenever possible. Rebecca visits the farms from which she buys her chickens, cows, and pigs, so she knows firsthand they are treated humanely – it doesn’t get much more farm to fork than that! She first started City Kitchen in Orlando, FL, where she had already built a following for her delicious eats. After moving to Sac, Rebecca has been working on building her business back up from scratch. Based on the meals we tried last week, I have no doubt in my mind she’ll be successful!

During City Kitchen’s launch week, we were lucky enough to try each of their four meals. Overall, they were delicious! Hot meals showed up on our doorstep between 5:30 PM – 6:30 PM and the variety was incredible.

The first night was a roasted lemon chicken breast, with Hasselback fingerling potatoes and a grilled peach and heirloom tomato salad. My boyfriend, who typically wouldn’t go for a salad, let alone one with fruit, devoured it! Huge win for City Kitchen – they got him to eat his veggies. 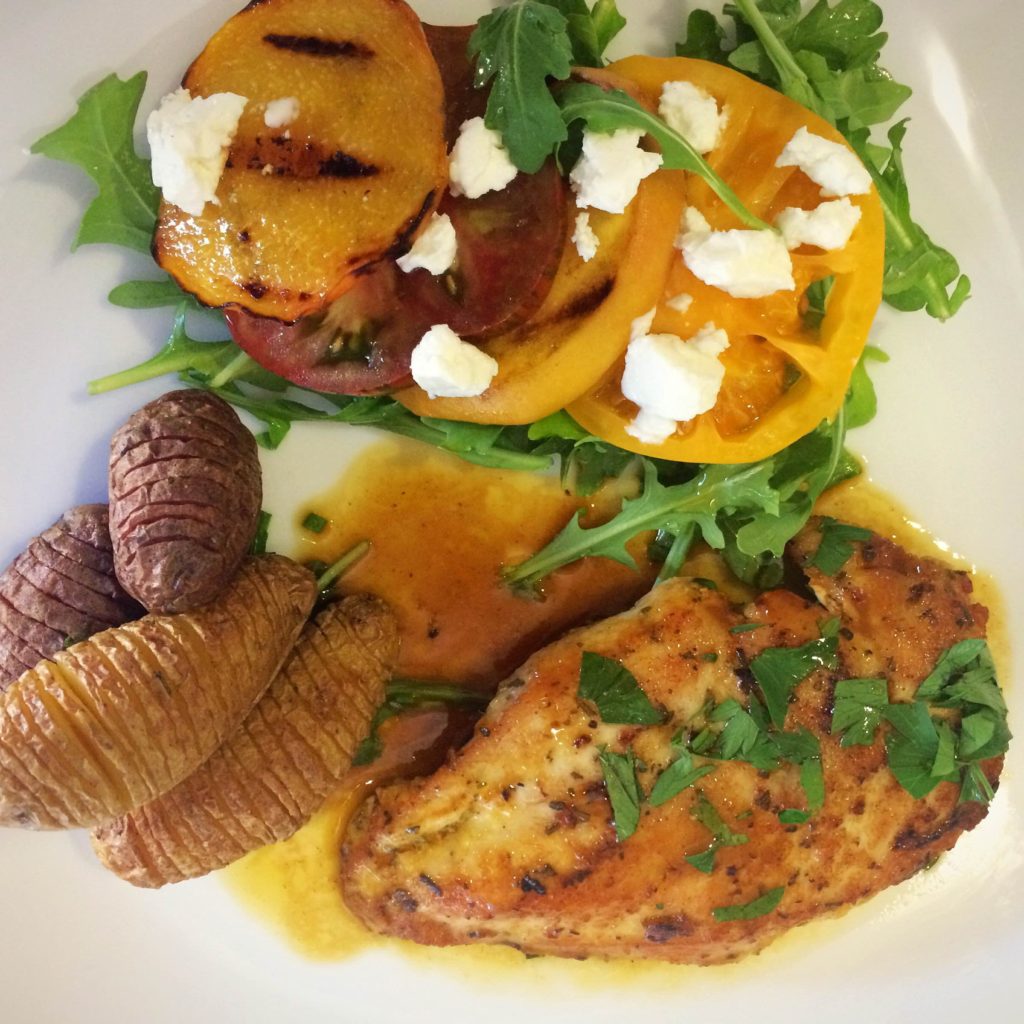 Next up – Taco Tuesday! One of the best nights of the week, we had house-made crispy taco shells filled with ground beef and potatoes, along with chili-lime corn on the cob. This meal was my favorite of all the meals we tried. Between the perfectly cooked corn, the burst of lime, and the salsa verde that topped the tacos, it was sublime. 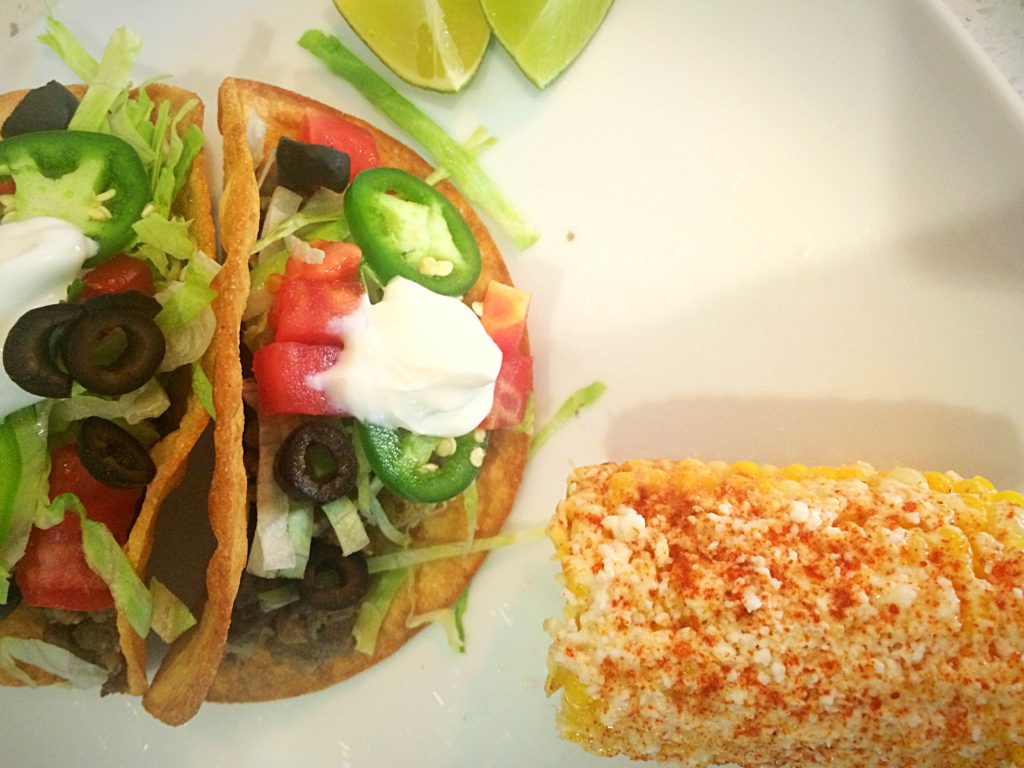 Wednesday brought BBQ pulled chicken sandwiches with pickled veggie slaw and sweet potato tots. A lighter take on a traditional pulled pork sandwich with coleslaw, this one hit the spot – but the star of the night were the tots, which were delicious dipped in City Kitchen’s garlic-chive aioli! The last night was City Kitchen’s take on a Korean rice bowl, and it did not disappoint. The perfect 6-minute egg created a luscious sauce for all of the rice and veggies, and the beef was addictively crispy. 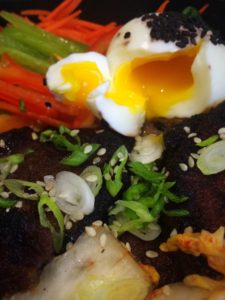 The portion sizes were perfect – we were left satisfied each night but didn’t have to worry about leftovers. Most importantly, you can feel the love put into each meal from City Kitchen. What I loved most of all, however, was supporting a local business owned and operated by a woman. As a Hispanic woman, Rebecca is passionate about positively impacting her community through its economy. For her, it’s not just a business, but a way to connect with those around her and build relationships that will make Sacramento a better place for all of us to live.

Queen of the Kitchen: A Visit to Chef Roxanne Spruance’s, Kingsley in NYC