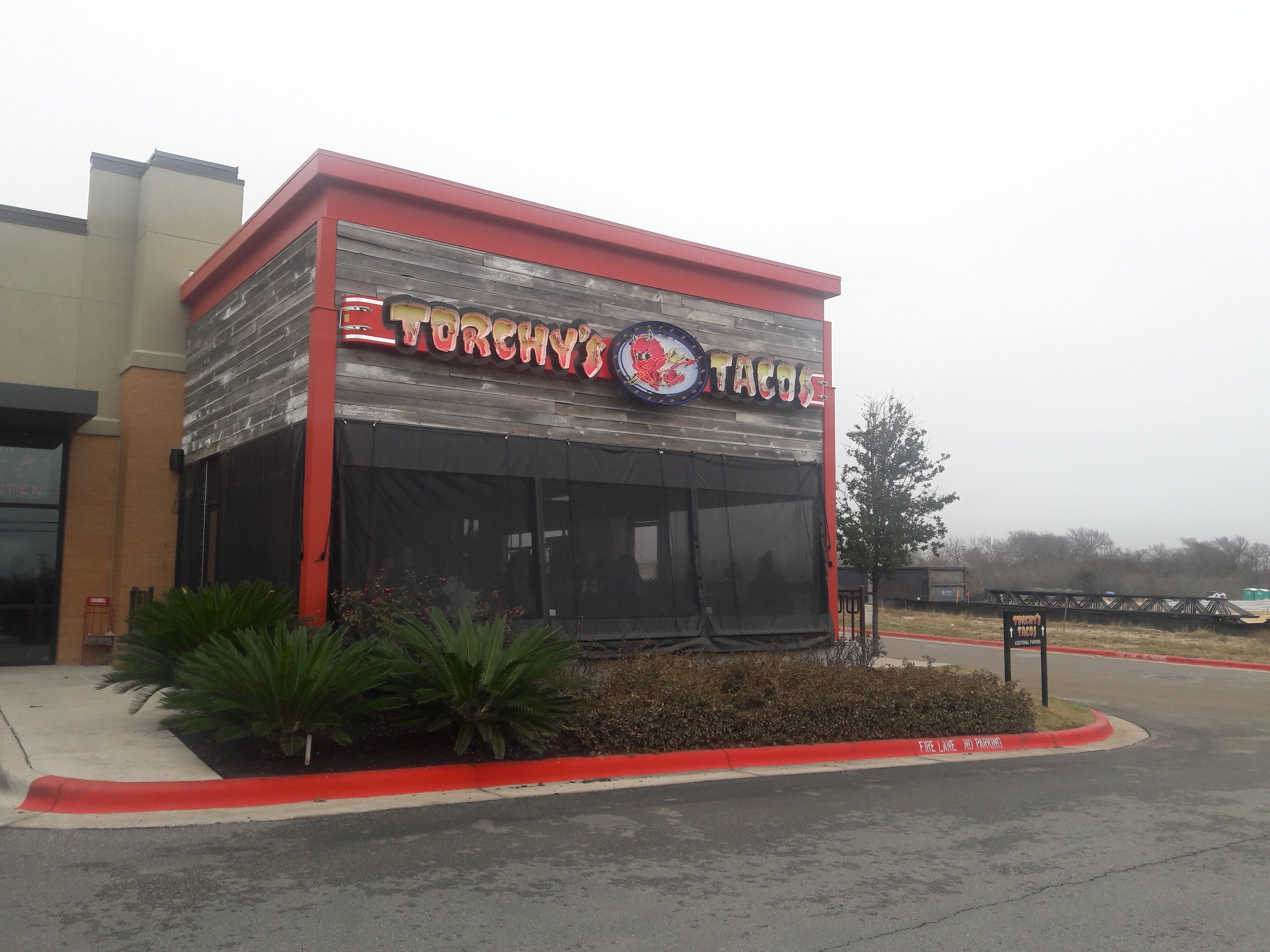 Tex-Mex #TacoTuesday in Round Rock, Texas 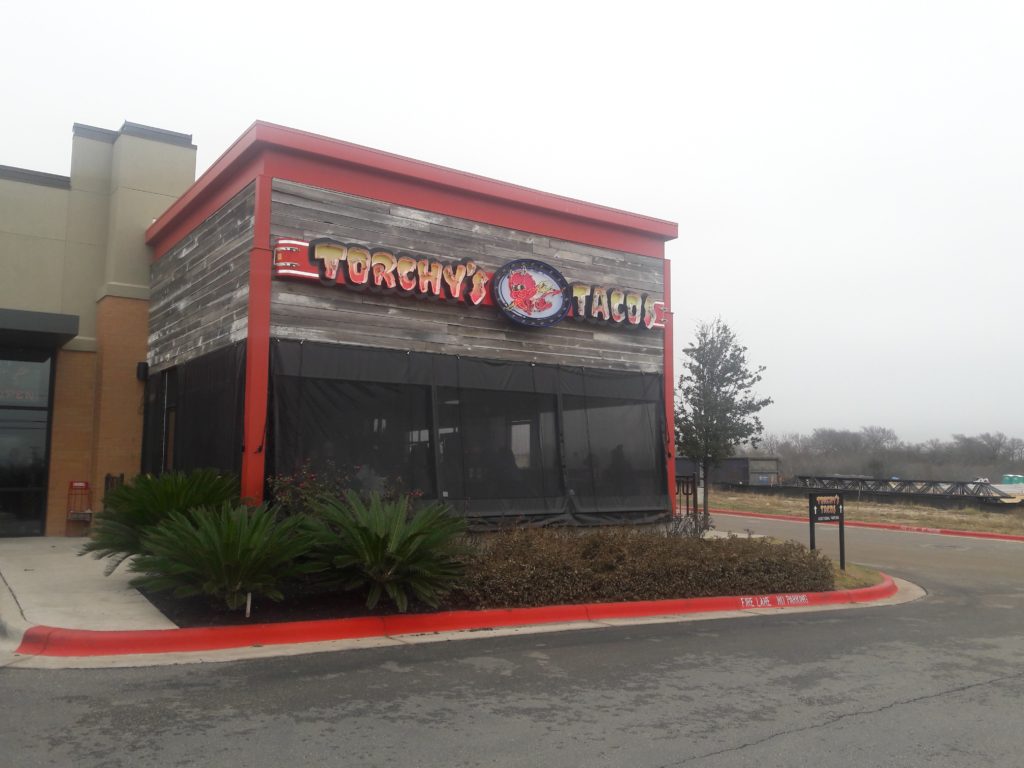 Torchy’s Tacos
2150 Palm Valley Road, Round Rock, TX 78664
http://torchystacos.com/location/round-rock/
During the Christmas holiday, I left the sunny skies of Fort Lauderdale to visit my little sister who lives near Austin, TX. She let me know that Torchy’s Tacos was definitely on the menu during my stay there and for good reason. Since being featured on the Food Network’s Diners, Drive-Ins and Dives, Torchy’s Tacos is well on its way to becoming a legendary “must-stop” spot near Austin, TX. 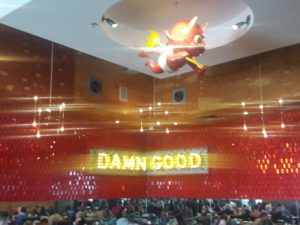 Having lived in Southern California for some years, I learned to love a good, authentic street taco so I was not sure what to expect with Torchy’s. My sister just moved to Texas from our hometown in the Midwest. While there’s nothing like the staple meat and potatoes dishes from back home, I wasn’t quite sure if her definition of “damn good” tacos would stand up to my seasoned palette. Either way, my little sister talked up this place something fierce, so I was revved try it. I have to say I was not only very much not disappointed; I was as pleased as a pig in mud.

Quite simply, the food here is damn good. 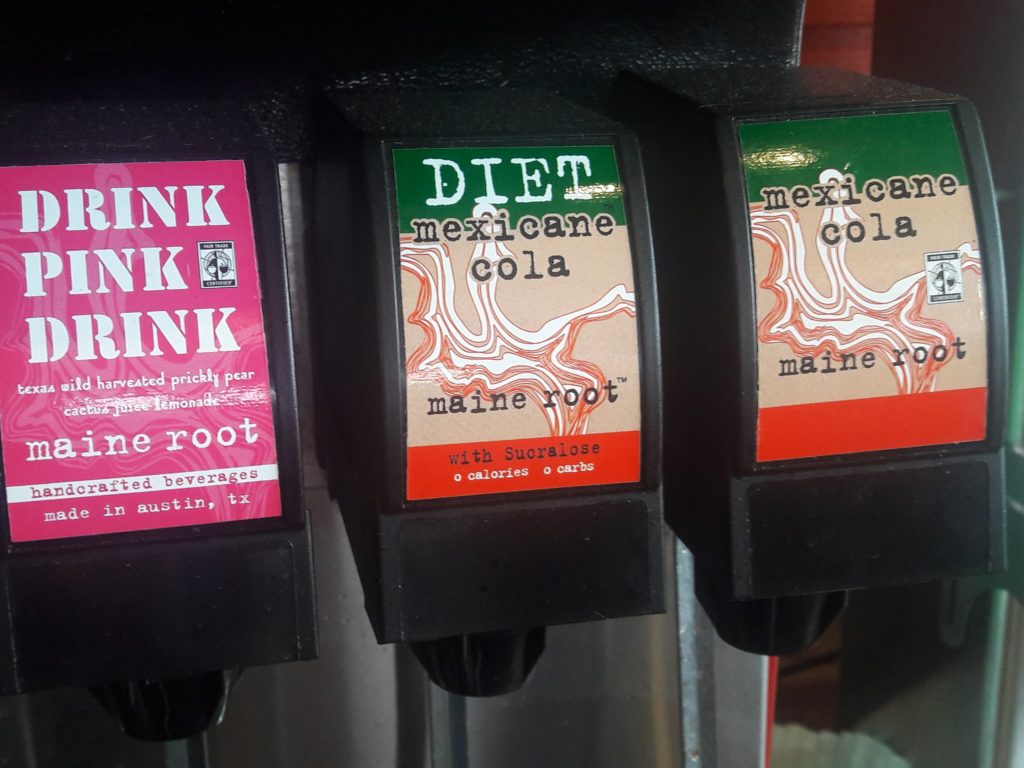 My boyfriend, sister and I all went in with a battle plan of sorts. First, we were going to tackle their homemade sodas. They both stuck to that plan. Me? I decided that even though it was only a bit after noon, I wanted a drink. That is what vacation is about, eh? 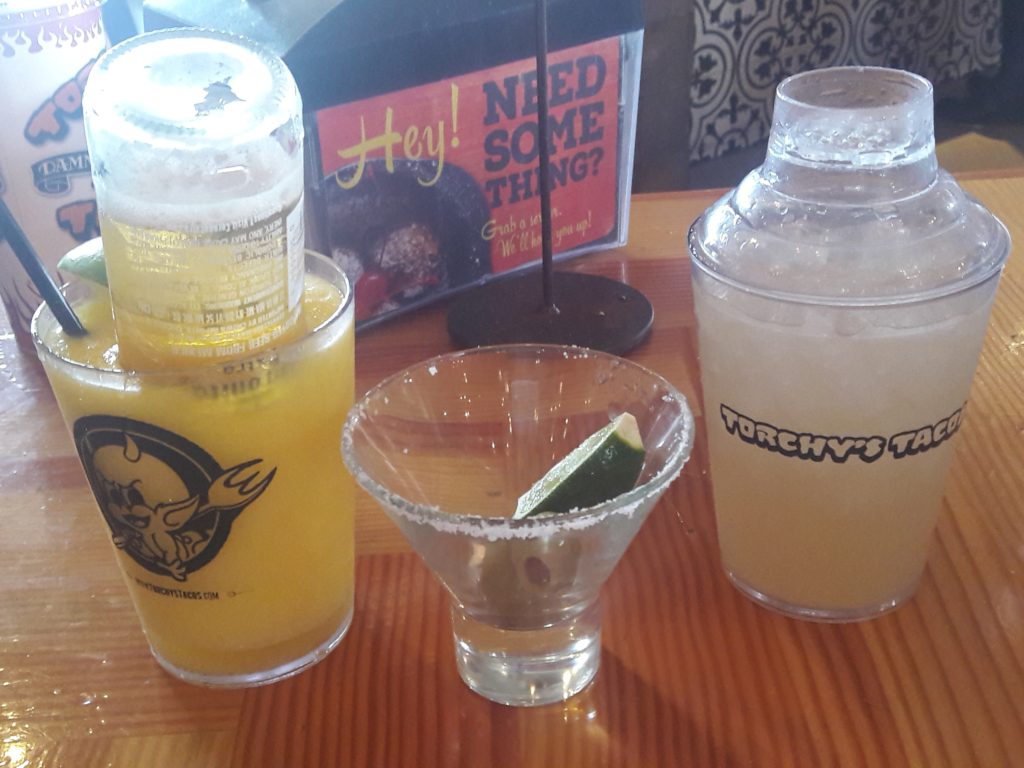 On to the food! We planned to each get something different so the others could try a variety of tacos. That plan pretty much went by the wayside when my boyfriend and I ordered almost the same spread and my sister decided to go with a shrimp taco variation. For the average person, a shrimp taco might sound divine, but unless I am ready to meet my maker, it’s a no-go for me since I am highly allergic to shellfish. 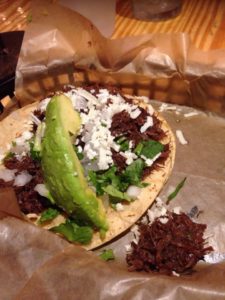 I ordered three tacos. The Brushfire, which was a combination of spices and seasoning that almost blew my mouth away. It. Was. Spicy. The taco consisted of marinated jerk chicken, grilled jalapenos, mango, and cilantro. Ladies, it comes with a dab of Diablo hot sauce as well. I’m pretty sure the devil himself made it because when I bit into it, I felt the heat of a thousand suns in my mouth. I thought I was just being a baby, but my Jamaican boyfriend who is plenty used to spice said it was spicy to him. So, yes. It’s spicy. This taco usually comes with sour cream, probably to cool things down, but I opted out of that. I guess I like to walk on the wild side. Despite its straight from hell spicy factor, I would order it again. It had great flavor and is a bonus if anyone needs their sinuses aired out. 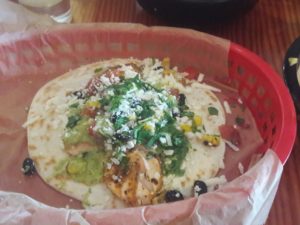 Chicken Fajita. Y’all. I had a regular, ole chicken fajita taco at a place that offered specialty tacos with names like Dirty Sanchez and Mr. Pink. I lamed out with that choice. Of all the tacos I had, I would skip this one when ordering again. There was nothing wrong with it. But, the other two tacos were so right that this one seemed a bit bland in comparison. 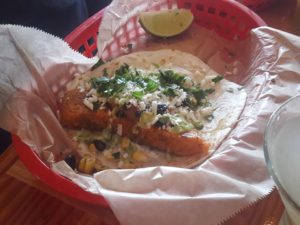 That brings me to the last taco. The Mr. Orange, a fresh combination of blackened salmon, grilled bean and corn relish, a sauce blend of queso fresco and cilantro along with cotija cheese and avocado salad. Of the three, this was my favorite. Don’t get me wrong. Each taco was delicious, but I could have easily put away three or four Mr. Orange tacos. The salmon cooked just right, and the mix of flavors had a nice combination of sweet, zesty and savory. I usually ask for my sauces on the side, but since I was going for the full experience, I decided not to, which ended up being a great decision. If you usually are a sauce-on-the-side girl, try asking for light sauce but keep the taco as original to the menu as possible. Your tastebuds will thank you.

After getting our grub on at Torchy’s, we decided to head to Round Rock Donuts for sweet treats. If you remember from another post of mine, I do not like donuts. In fact, when ranking my top dessert options, donuts would not be anywhere near the top of the list. However, since being exposed to the fine confections that are homemade donuts, I figured, “why not?” 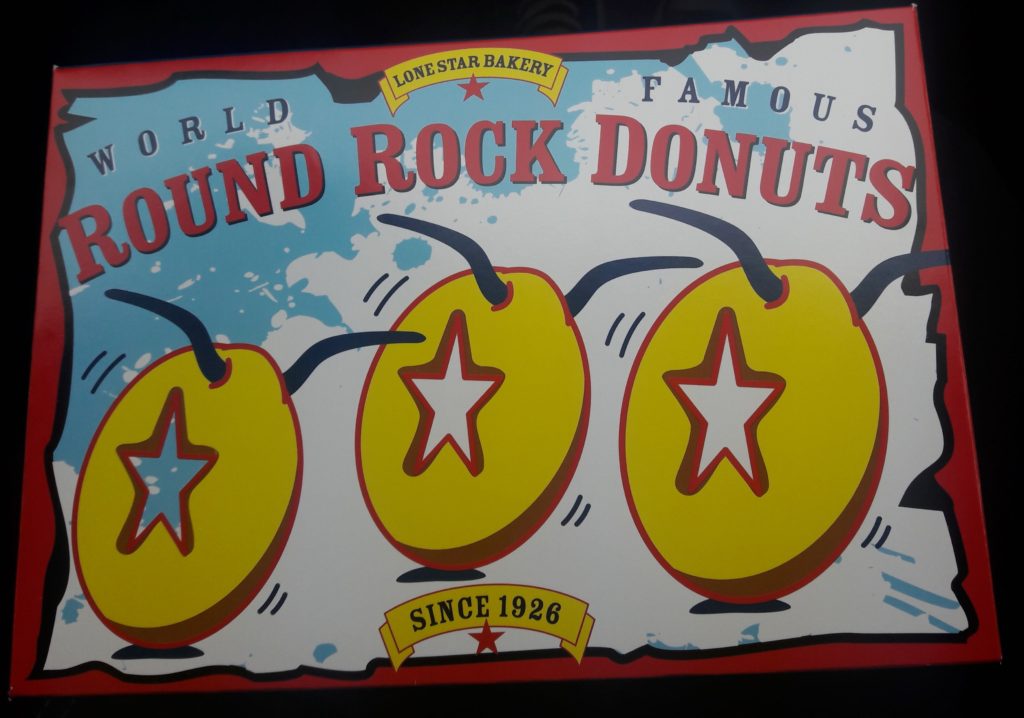 It was, again, a smart choice. We got a variety of donuts there. Small ones. Big ones. Ones you might even be able to fit your head through. That would be the Texas-sized donut. 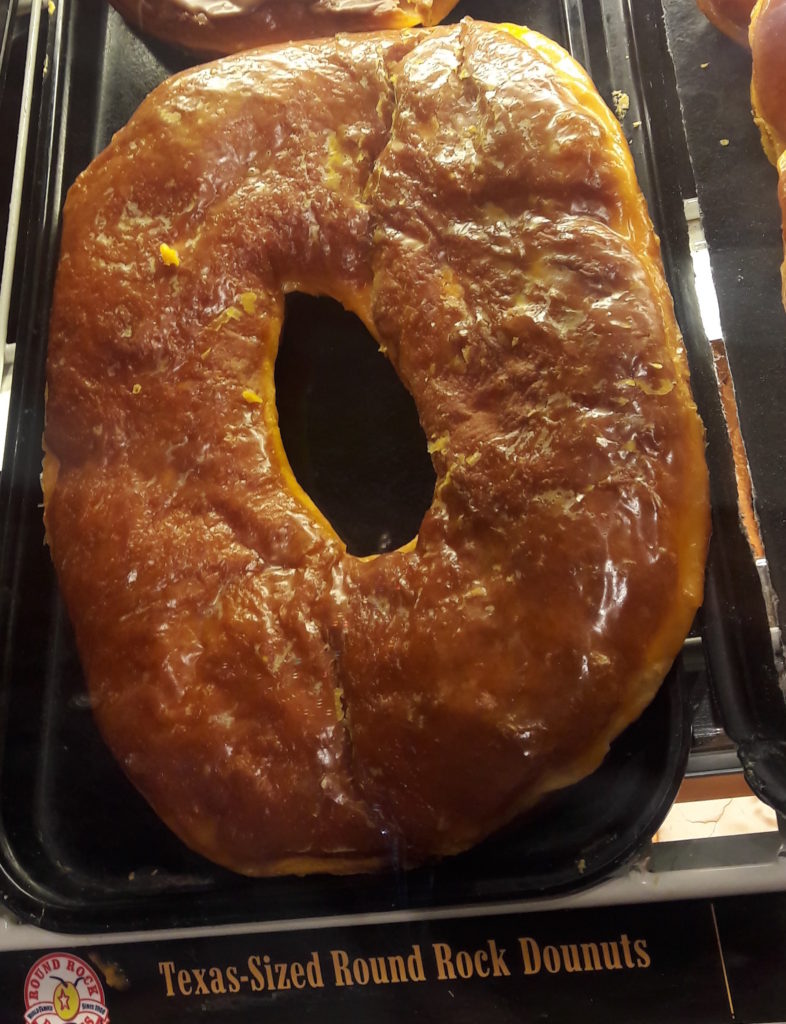 When compared to a regular one, the Texas-sized donut probably equals about five donuts stretched out to make a giant “O” shape. It looked glorious. And like a heart attack. So we passed on that one. But, if you’re a “when in Rome” type person, try it out and comment on how you liked it. With so many appealing goodies in the local donut shop, you can’t go wrong with whatever you choose.