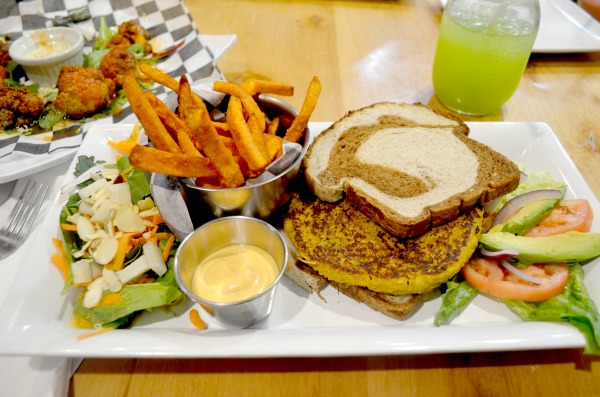 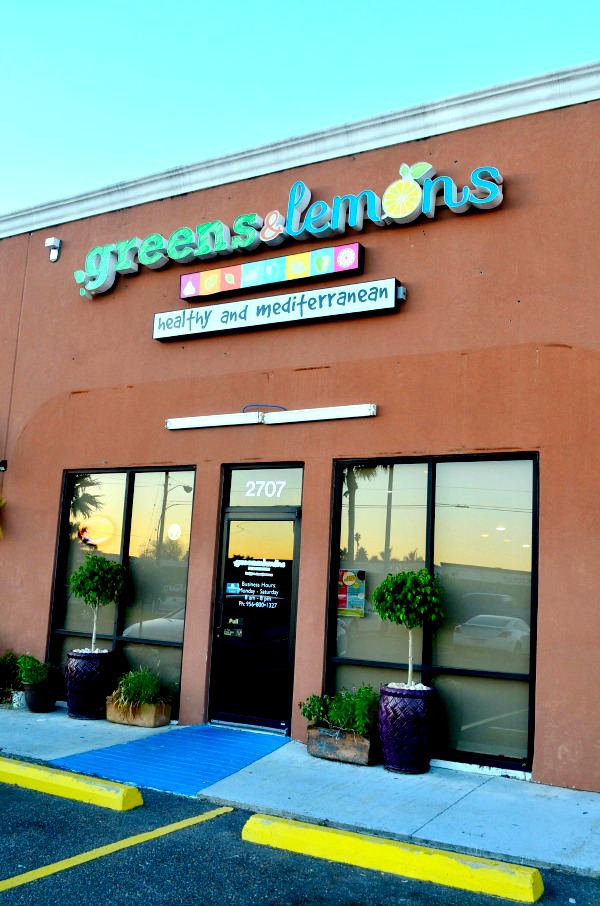 Greens & Lemons is a friendly, healthy restaurant in an unassuming strip mall in Mission, Texas. They have lots of vegan and gluten free options, as well as delicious juices made in-house. My friend and I dined there 3 times in just a week! So if you live in the Rio Grande Valley of Texas or ever find yourself traveling through, check this place out. 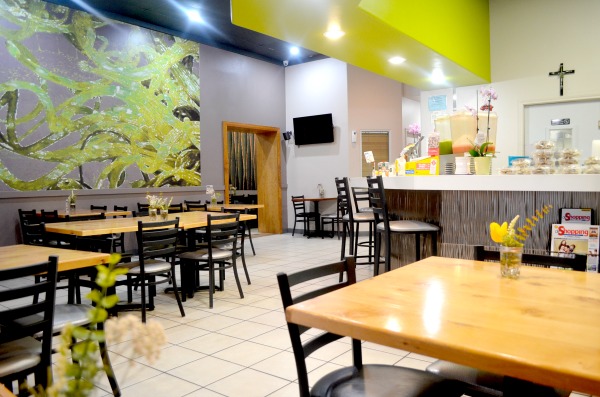 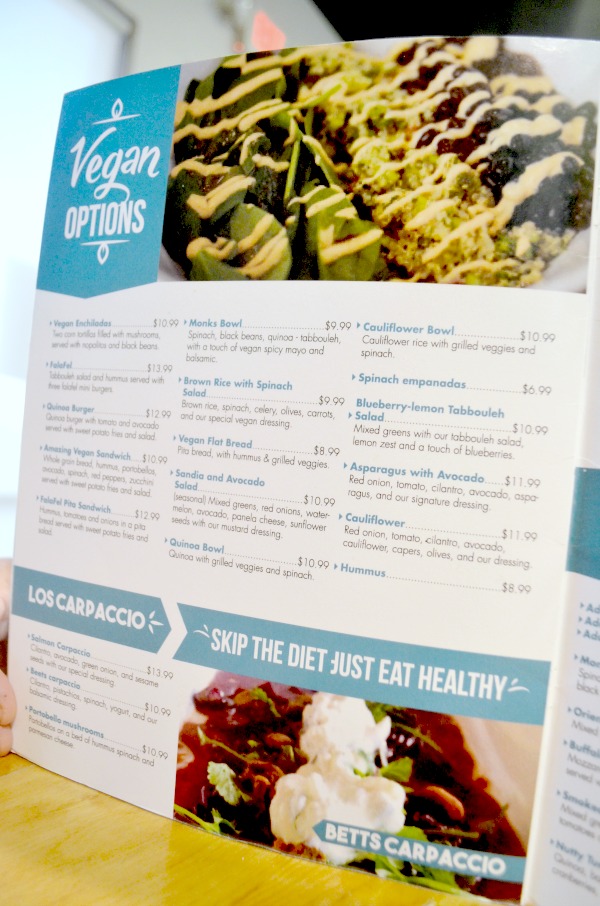 When you walk inside there are two spacious seating sections. Seat yourself and one of the friendly servers will bring you menus and get your drink order. The first two times we ate there, our waiter was bilingual, so speaking English was no problem. But the third time our waitress only spoke Spanish. It wasn’t a big deal because my friend speaks Spanish, plus all I had to do was point at what I wanted in the menu and she knew exactly what everything was. Since the Rio Grande Valley lays along the border to Mexico, it’s pretty common to find Spanish-only speakers!

Greens & Lemons has an entire section dedicated to vegan options, which is pretty awesome. There is plenty to choose from, and all the dishes are filling and contain healthy ingredients like black beans, brown rice, quinoa, veggies, and more. Some of the dishes are more Mediterranean than others, but they are all delicious! 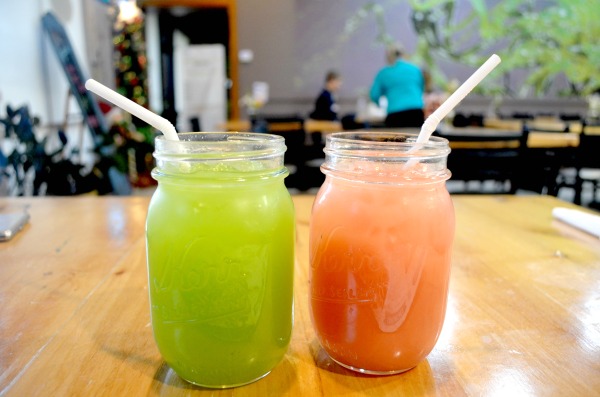 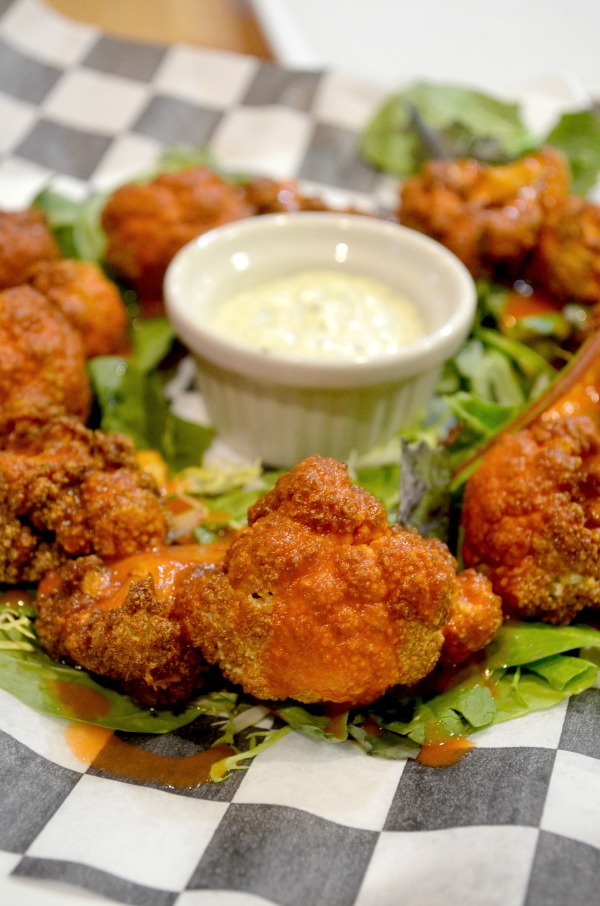 My friend and I started out with their agua frescas, mine was cucumber and my friend had hibiscus. They were really light and refreshing and tropical ? The next two times we went, I got their homemade juices and they are seriously good. One was a beet juice with apples and carrot and ginger, and the other was a kale juice with cucumber and celery and apple and lemon. They have several different juices you can choose from, or you can make your own.

As an appetizer, we (and by we I mean I  because my friend doesn’t eat as much as me) tried the buffalo cauliflower and it was soooo tasty! As much as I want to like super spicy foods, my taste buds can’t handle it, but these buffalo cauliflower contained just the right amount of spice without being overwhelming. 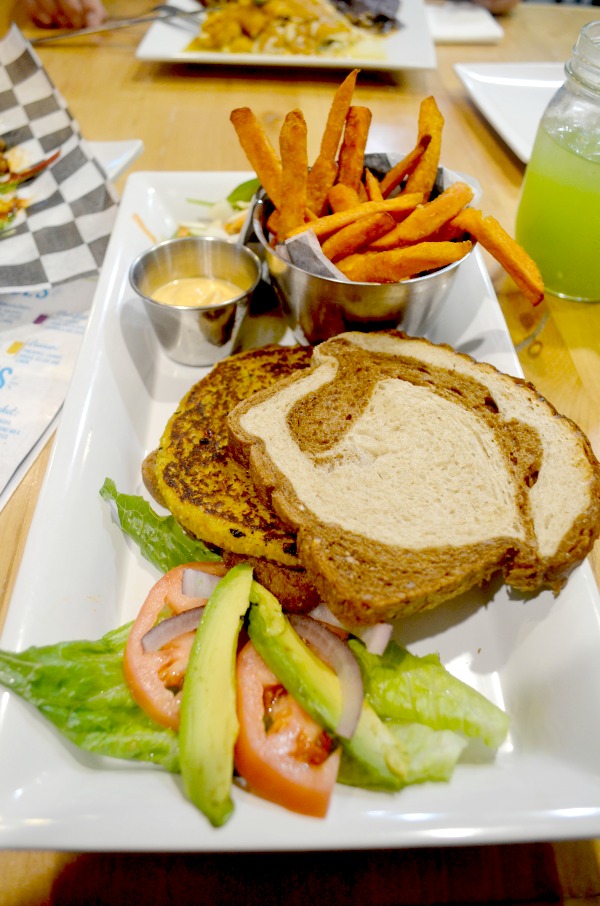 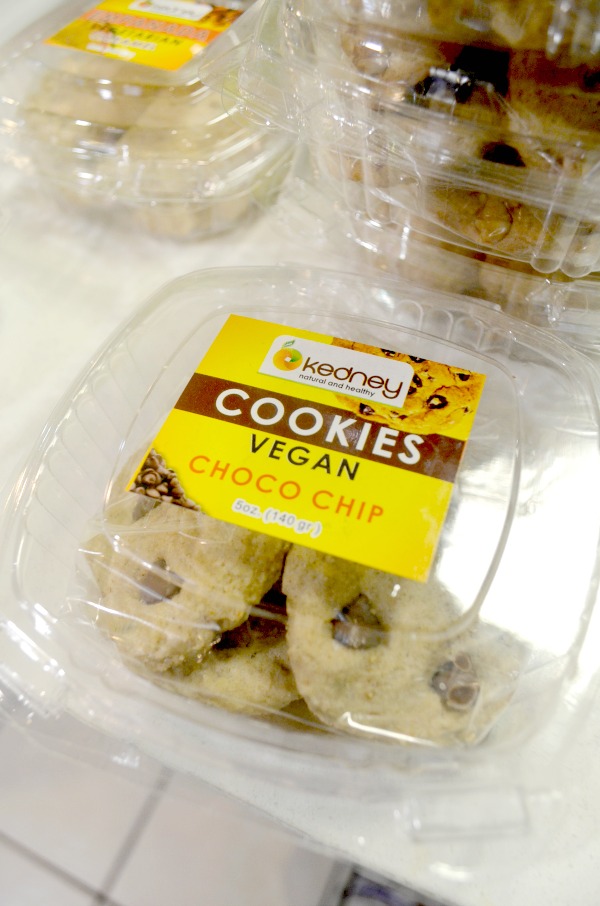 For the main course, I ordered the quinoa burger, which came with sweet potato fries, a chipotle mayo, some avocado and tomato, and a salad topped with jicama & sliced almonds. Everything was so filling and I couldn’t finish it in one sitting, as badly as I wanted to because it never tastes as good when you eat it later… The salad was surprisingly satisfying and the sweet potato fries, which normally I only like when I make them at home, were really yummy. The bread on the burger isn’t gluten free, but that can easily be taken off.

My second visit to Greens & Lemons I got their soup of the day, a lentil soup, which was flavorful but I was starving so I also ordered the vegan enchiladas. The enchiladas were good, but they weren’t my favorite. However, I thoroughly enjoyed the side of nopalitos they came with. Nopalitos are cooked nopales, which come from the prickly pear cactus. To me, they taste like kind of like green beans, but with a slightly different texture.

On my third visit, I went back to the quinoa burger because it’s just that good! ?? Next time I’m tempted to try the Falafel Pita Sandwich or the Spinach Empanadas. If you’re in the mood for dessert, they have some vegan options like chocolate chip cookies and chia pudding.

This is a great restaurant to go to if you have friends and family members that aren’t vegan and want non-vegan options. They have lots of salads and sandwiches, and they also serve breakfast. I like Greens & Lemons because it’s the kind of restaurant you can frequent since they have a wide array of options, plus those fresh pressed juices and vegan cookies don’t hurt either!

Check out their full menu and see mouthwatering photos of their food at greensandlemons.org.

Tex-Mex #TacoTuesday in Round Rock, Texas

Bloody Good Brunch: Tullibee at the Hewing Hotel in Minneapolis