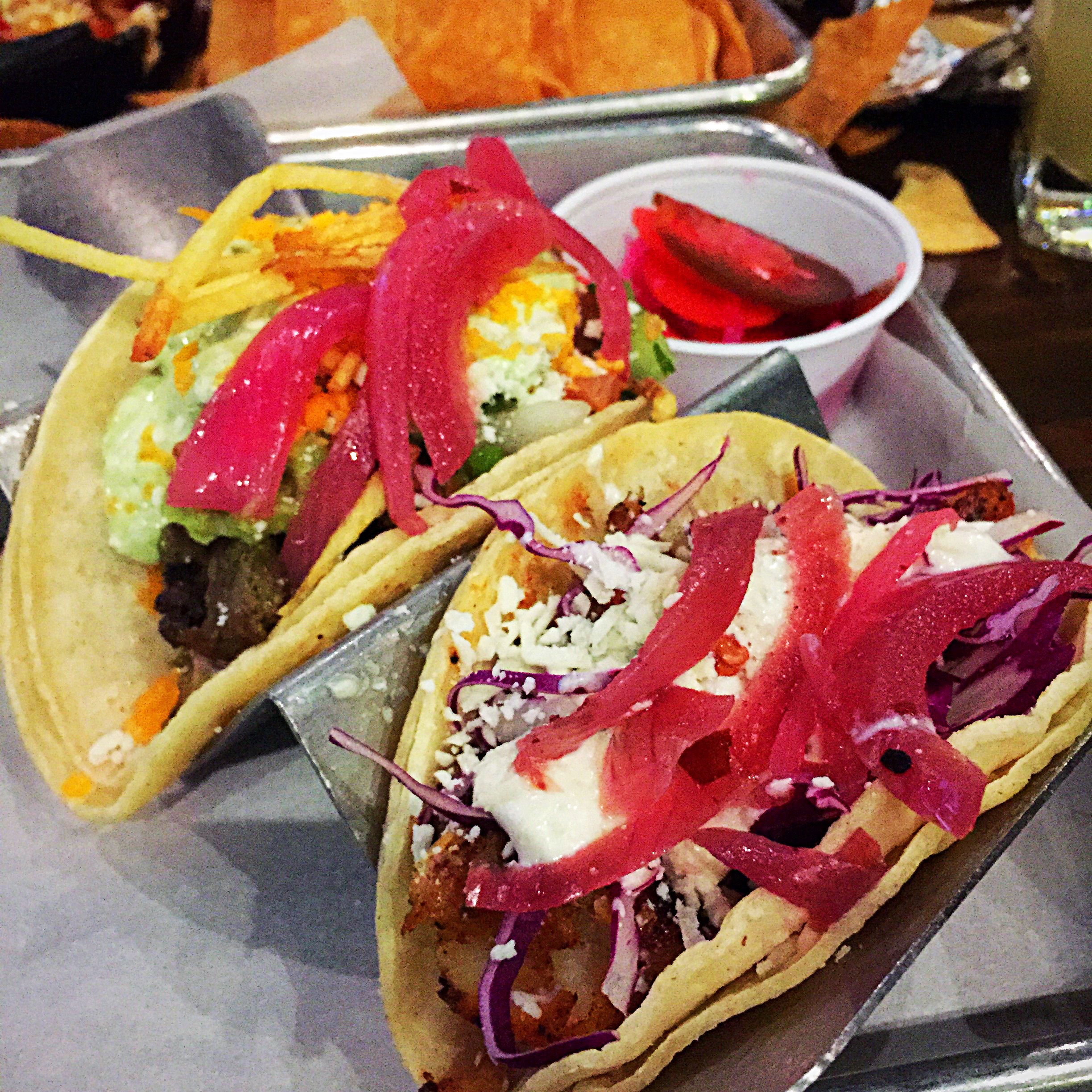 El Rey on K in Sacramento

There’s no shortage of tacos spots around Sacramento – and we’re lucky to have quite a few delicious places to get a fix. So, what makes El Rey on K, which joined the Sac-Town party last September special? Last week, I decided to find out.

When I looked up this restaurant, I was a little turned off by some of the negative reviews. In fact, I considered going somewhere else instead. But you know what? Sometimes, it’s good to form your own opinion! (#lifelessons) With an open mind, I ventured down to Downtown Commons, the site of Sacramento’s new arena, which is filled with great restaurants of all types.

Upon entering El Rey, I noticed it’s a far cry from your typical hole in the wall taqueria… it’s more akin to the love child of a hip club and an upscale taco joint. I could easily see how visitors and locals alike would be drawn to this place before or after an event at the arena. But the most important thing – and what I came to find out – was whether the food would hold up to the great location and ambiance.

Resolutions, smesolutions. Not caring if it meant extra time in the gym, I gave in to the Queso Fundido that was calling my name. Loudly. I mean, if you can resist a bubbling pot of cheese, you’re a better person than me (but also probably a liar). However, please do not confuse this lovely dish with the processed yellow cheese Tex-Mex mainstay. This is real cheese – cheese that will set up if you don’t devour it immediately. To be honest, I don’t know too much about that scenario though… we wolfed this like we hadn’t eaten in months. Served with tortillas, rather than chips, this queso is made for scooping, not dipping. 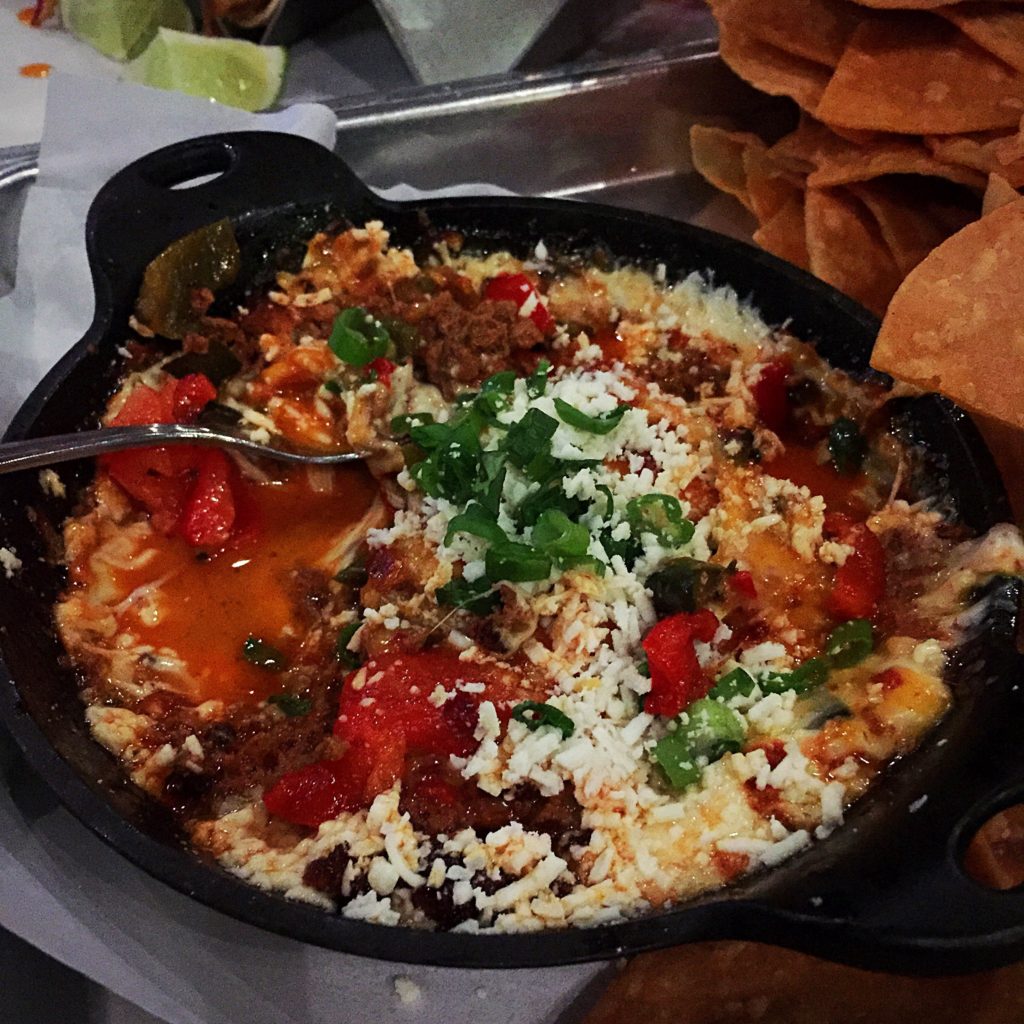 Now, on to the main event. Though we were distracted by the rest of the menu, we couldn’t resist our raison d’etre: the TACOS. We sampled four types, and were super impressed. First up were the Smoked Carnitas (background) and the Rojo Mole Beef (foreground), both suggested by our server. 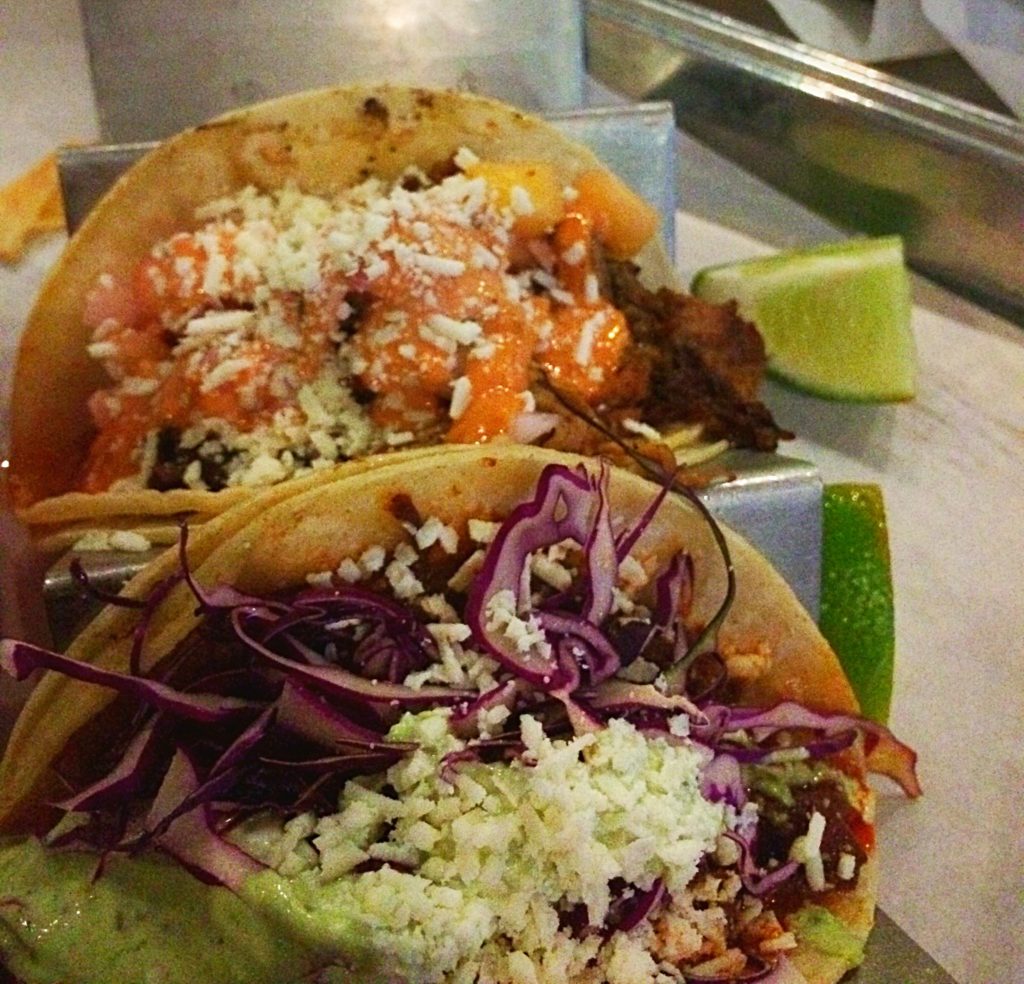 When I tried the carnitas on its own, I worried the smoky flavor might be a touch too strong. However, when I ate it combined with the pickled pineapple salsa, my fears evaporated. While the flavor was definitely a departure from a traditional carnitas taco, the meat was cooked perfectly and all of the components worked well together. As for the Rojo Mole, all I can say is “More, please!” Though I’m not usually a fan of mole, this was so well-balanced that I just found myself taking bite after bite.

The hands down favorites, however, were the California Steak Taco (left) and the blackened rockfish (right). This Blackened Rockfish taco, topped with garlic crema and pickled red onion, was one of the best I’ve ever had and the clear winner in my book. However, the steak – which was topped with fries, chipotle crema and chimichurri – must have been pretty good too, since my date finished it before I could steal a bite! 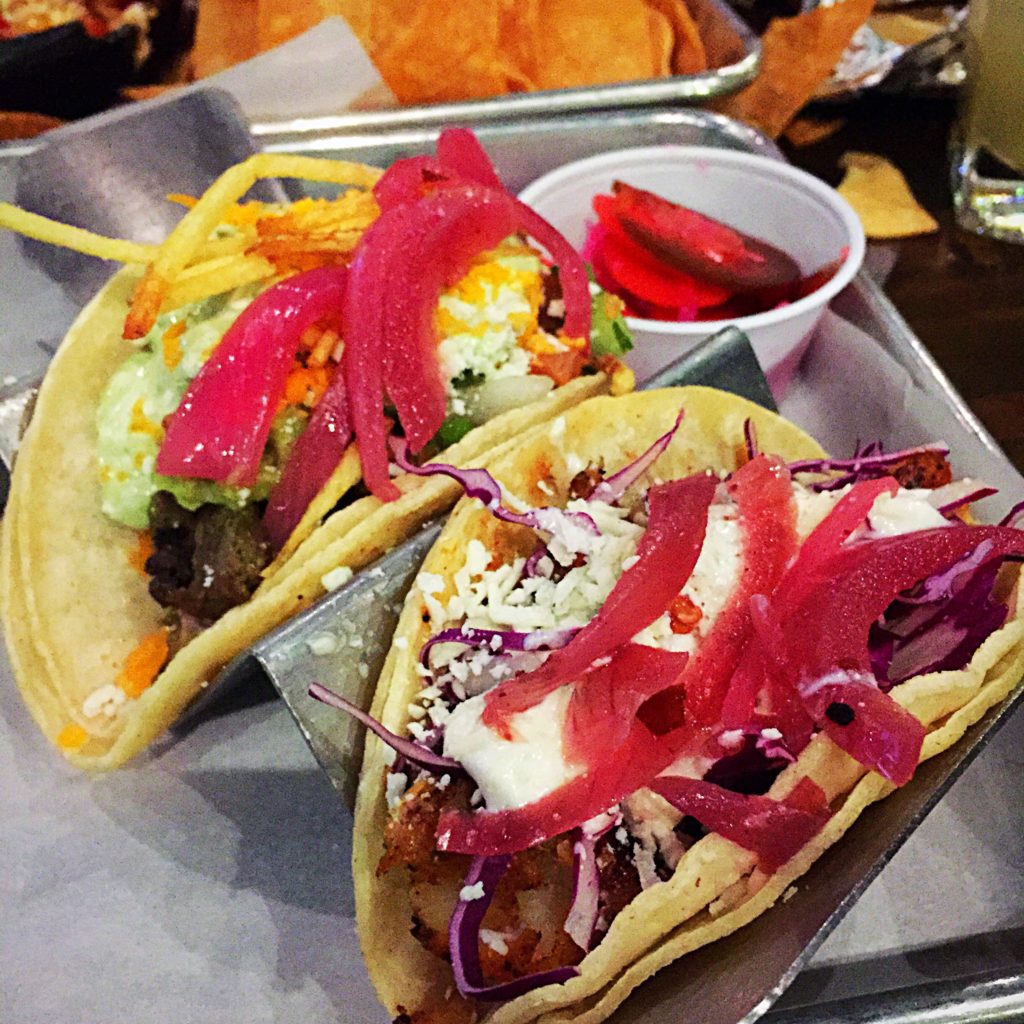 For great tacos, cocktails and – my favorite food group – cheese, El Rey on K is a definite contender. Why don’t you head down there and see for yourself? I’m sure glad I did.