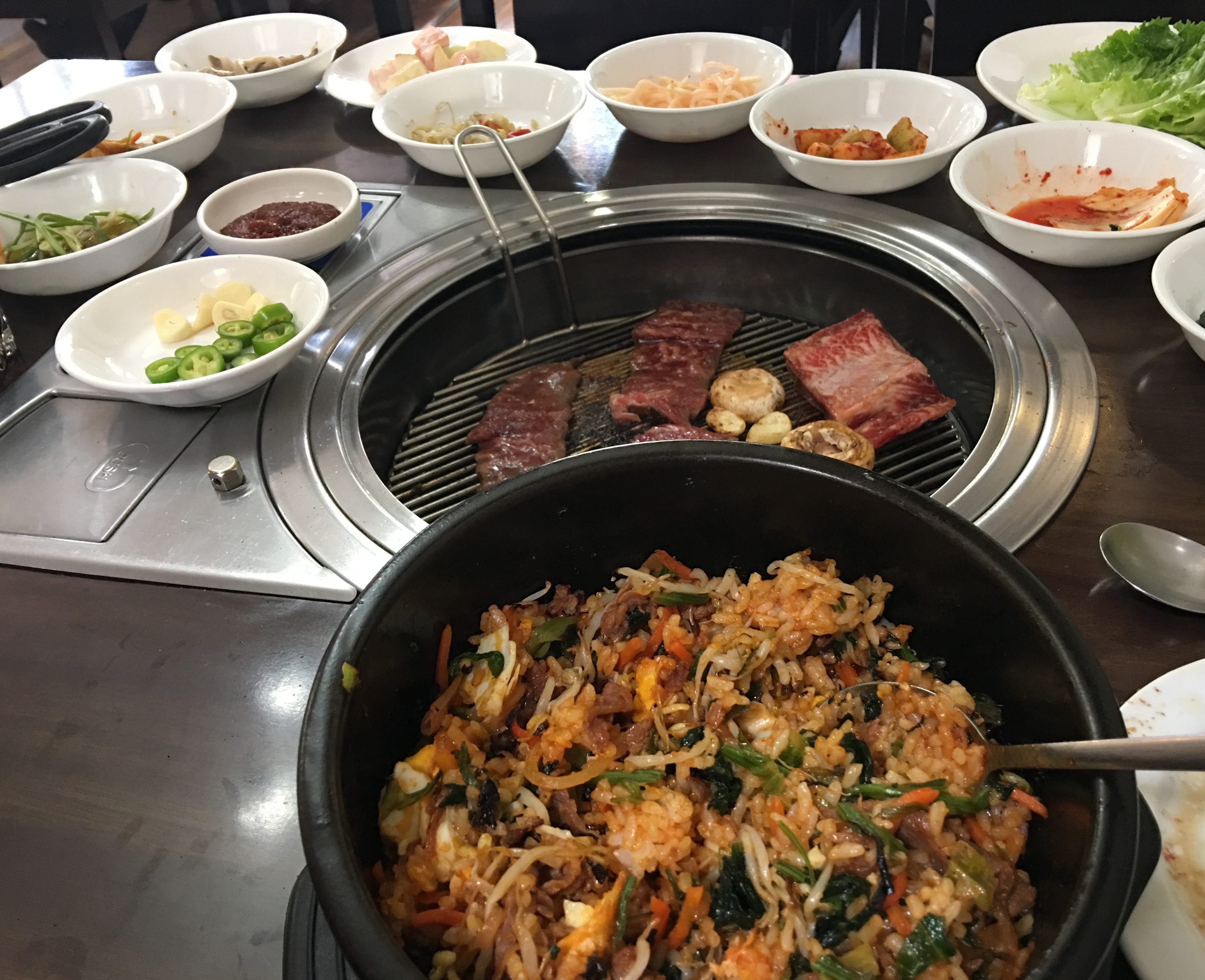 Korean food in Mexico City is not that easy to get. After living in Los Angeles for almost three years and having Korean food only fifteen minutes away from me it was harsh to accept my new reality: no Korean food. Heartbroken is an understatement for the way I felt about this.

One day as I was scrolling through my Facebook feed, I found out there’s a small Korean town close to Downtown Mexico City. It consists on a couple blocks right next to El Angel de la Independencia, Mexico City’s icon.

As soon as I got this news of a K-Town in Mexico City, I called my boyfriend (who was also heartbroken because he fell in love with Korean food while visiting me in L.A.) and on we went for some Korean barbecue. 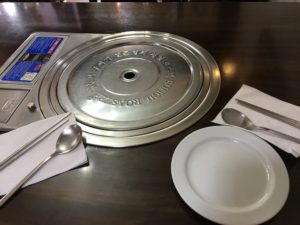 Biwon Restaurante Coreano was our choice. If you’re walking down Florencia Street you could totally miss it. It’s a small entrance, so tall people, be prepared to duck down in order to get in. This old-fashioned restaurant is situated upstairs and it was packed at the moment we arrived. No hostess just a couple of waiters running fast and furious to accommodate hungry patrons.

The place is bare- it has almost no decorations and there’s no music. For lovers of ambiance and atmosphere, this could be problematic. At Biwon, they’re all about the food. I’m no expert on Korean food that’s for sure but I did try my fair share in Los Angeles and I have to say Biwon is right up there with the good ones. 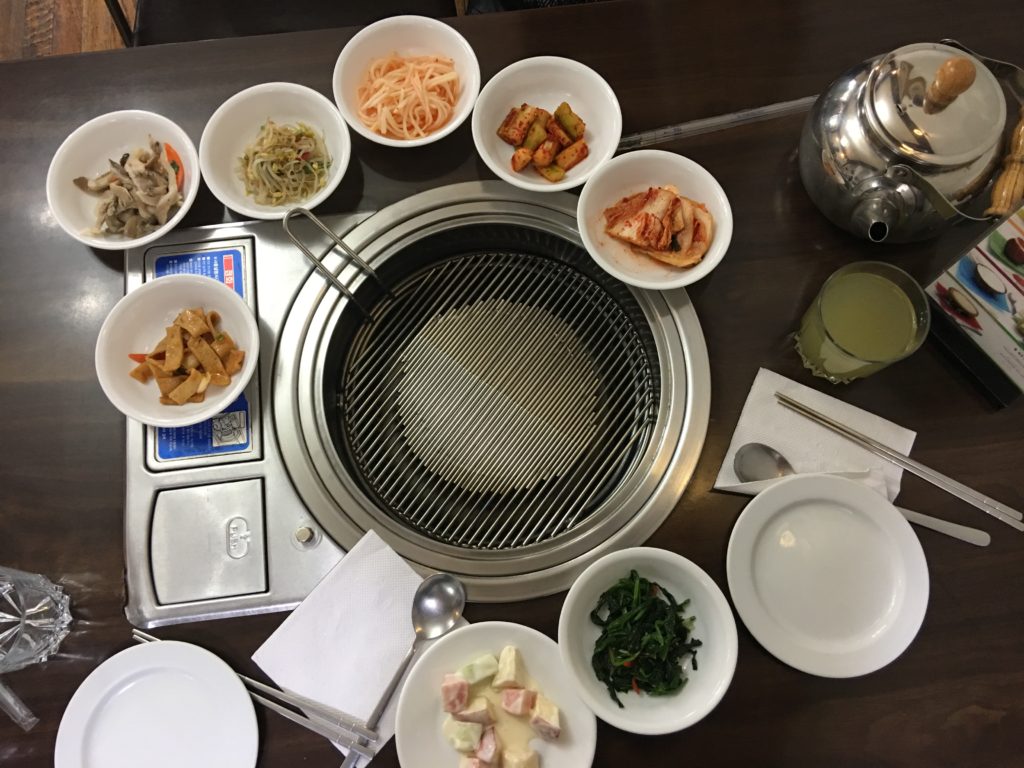 My sweetie pie and I got the Yangnyeom Galbi, plus a dozen of smaller dishes (bachan) which also included big leaves of lettuce so we could make our wraps and the Bulgogi Dolsot Bibimbap. 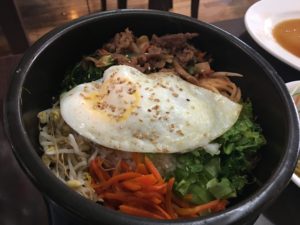 This is my favorite way of eating rice: blazing hot, accompanied with meat, vegetables and an egg on top. I promised myself I could never leave a Korean restaurant without eating these two types of meat. The reason for this weirdness is that I consider these flavors to be unique, interesting and a bit sweet. Every item was great quality, juicy and tasted like the real deal. With every bite there was memory of a K-Town, LA night in my mouth. 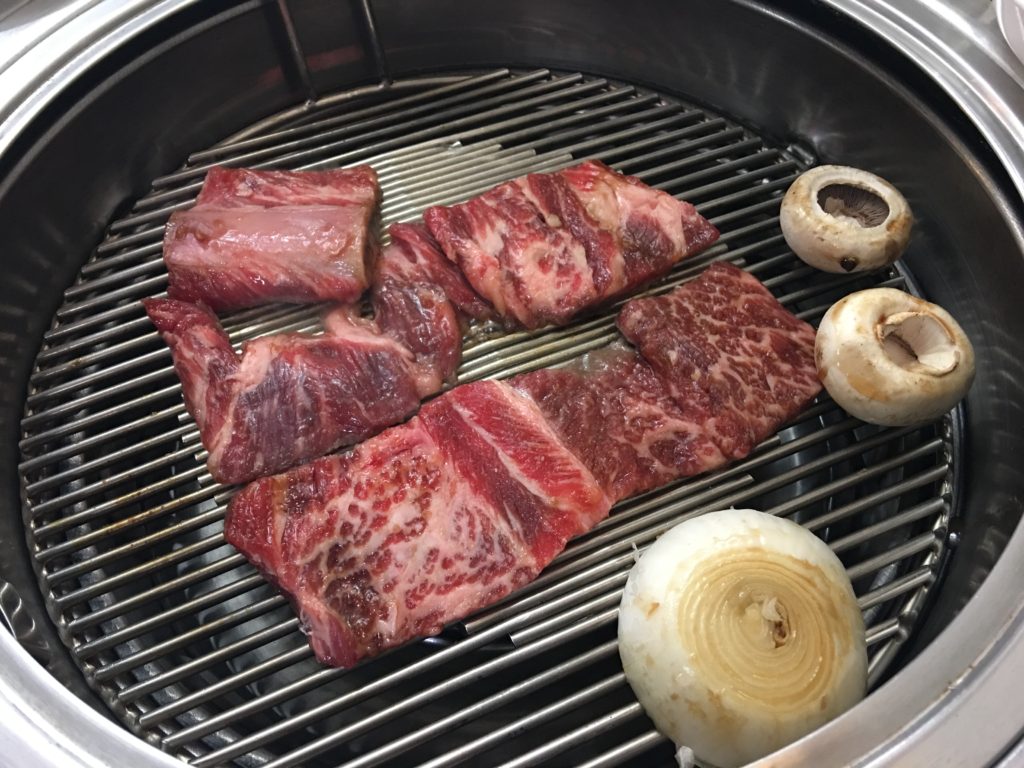 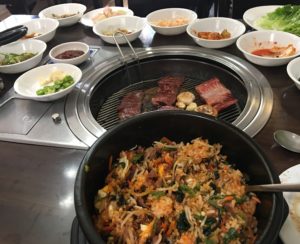 The waiters, who were having to run around like crazy, finally ended up slowing down and had a moment to chat with us. Since people in Mexico are not that familiar with Korean food, they’re constantly helping customers with the barbecuing and that’s why the energy was so hectic earlier. So, if like my fellow Mexicans, you’ve never had Korean before you will be safe if you get any of the dishes I recommended or honestly almost anything on the menu. Korean cuisine is delicious and the spices are different (if not a little spicier) from what we’re used to in Mexico City!

Come With Us to Watch Martha Stewart Bake at Macy’s in Garden City, NY!

Ocean Avenue’s Day at the Races: Celebrating The Kentucky Derby and Raising Funds for the Surfrider Foundation