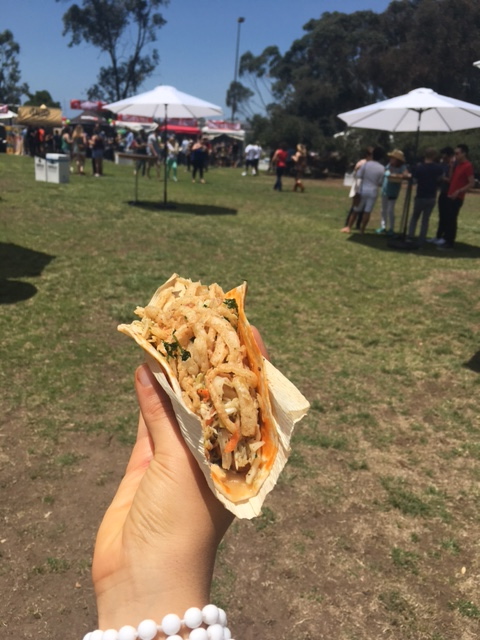 There are very few things in this world that I love more than tacos, to be quite honest, tacos were over half the reason I even moved down to San Diego. That being said, I was probably way too excited to go back to Tacotopia, at Golden Hill Park, this year to help cast my vote for the Most Innovative and Best Traditional Tacos in San Diego. My friend Courtney and I spent our Saturday in Golden Hill Park eating our way through over 50 of San Diego’s best tacos!

It’s a tough job, but somebody’s got to do it! 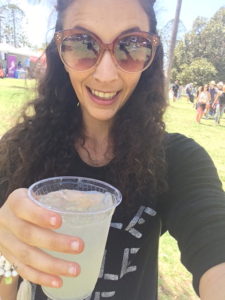 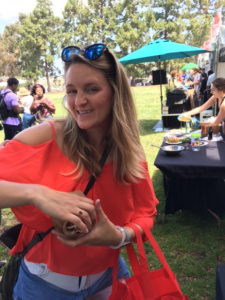 This event put on by the San Diego Reader is always extremely well-executed with various beverage companies sampling products, tons of prizes and giveaways, live music, and this time- margaritas! 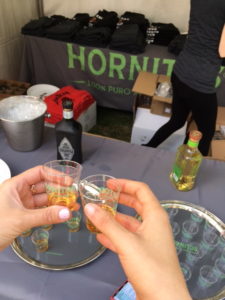 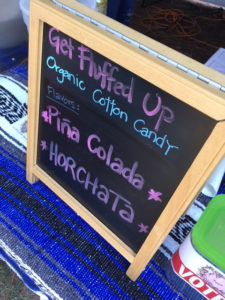 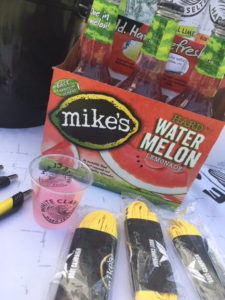 When it came down to voting, Courtney and I both had a tough time picking our winners. For “most innovative”, I went with the Vegan Roasted Cauliflower Mole Taco from La Carmelita in Baja, California. I had spent two weeks prior to this event as a vegan, so even though I had sacrificed that an hour earlier to binge on tacos, this taco still brought a smile to my face! The roasted cauliflower was a perfect filling, allowing the mole sauce to be the star.

For “best traditional taco”, the Tinga Taco from Lucha Libre was a clear winner, and probably the best thing I ate all day. It was so simple and seriously so delicious with a perfectly spicy sauce, minimal toppings and the most tender chicken tinga you have ever had. I was their first vote of the day, which absolutely shocked me (and got me a ton of high fives) but I have no doubt that mine was the first of many! 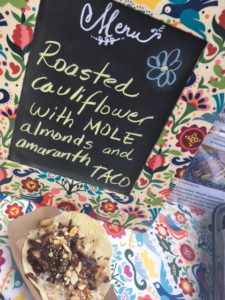 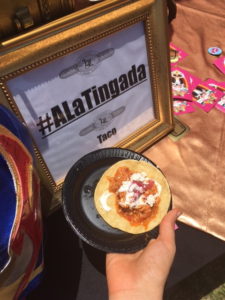 Apart from those two standouts, there were tons of other tacos that made it a very difficult choice! The Beer-Battered Fish Taco we sampled from Chronic Tacos (#funfact nationwide company owned by Weeman from Jackass) earned Courtney’s vote for best traditional, and it was definitely a stand out for me as well. 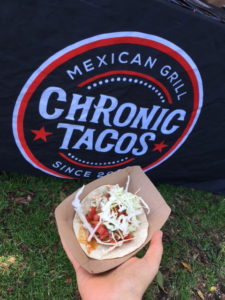 Poseidon Restaurant, of Del Mar, earned creativity points and with their Grilled Octopus Taco and their absolutely beautiful presentation! 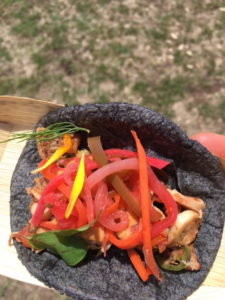 Mastiff Kitchen was serving up tacos featuring House al Pastor, which unfortunately I don’t eat, but Courtney was a huge fan! They also offered their housemade fire sauce! 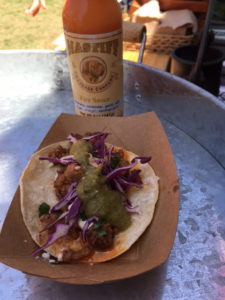 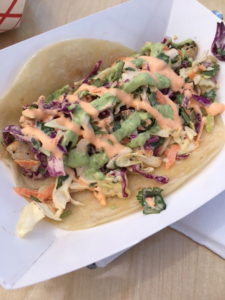 Pacific Beach Fish Shop (the sister of Hermosa Beach Fish Shop that Julianne recently visited) is one of my favorite places in San Diego, and they are consistently just so good at everything they do. Their tacos are actually something I hadn’t had before, I’m always too distracted by the grilled fish plate options and all of the sides I can get (onion rings, every time).

I was so excited to try this taco, and as you can see, I clearly enjoyed it! This was their Spicy El Dorado Taco, featuring mahi mahi, and even though I was trying to only eat half of all of my tacos for self preservation, I got very very close to finishing this one! 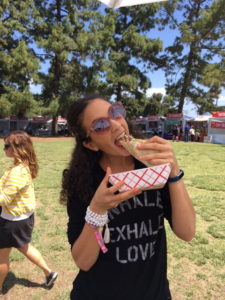 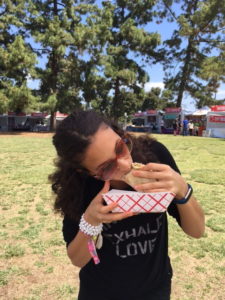 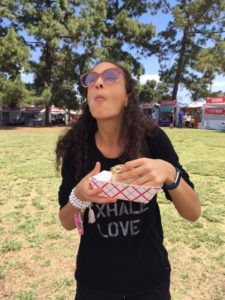 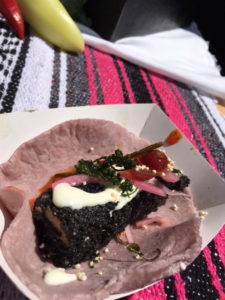 Another big standout for me was this Volcanic Explosion Taco from City Tacos in San Diego which featured a beautiful piece of fish and had tons of different sauce options to choose from. I ended up going with mango habenero off their suggestion and was so glad I did!

The TKO Taco from Sandbar served up a really beautiful presentation, and had crunchy onion strings on top and cojita cheese crusted tortilla, both huge crowd pleasers!

Lastly, there was a creation which we might not even call a taco, and that was the Kimchi Fried Rice Burrito being served at Don Ramen. It was certainly our biggest surprise of the day and had SO much flavor it blew both of us away. 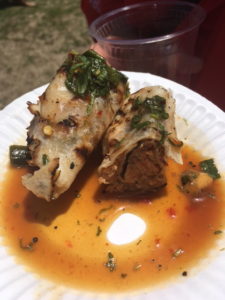 If you know me, you know I have the world’s biggest sweet tooth, and I took more dessert breaks at this event then I should probably admit. We hit up the Get Fluffed Up cotton candy booth not once but twice, sampling both Pina Colada and Horchata flavors, and while they were both crazy good, I went with horchata both times! It was even vegan!

I was pleased to see that Sammy’s Mexican Bakery there again this year, and also a little relieved their cookies had shrunk in size, as I was so full of tacos at this point it was getting ridiculous. There was also this surprising little cheesecake booth this year, and this cheesecake was the creamiest and most delicious little bite. The chef took time to describe to us exactly how he makes it and the edible flowers on top totally won me over! 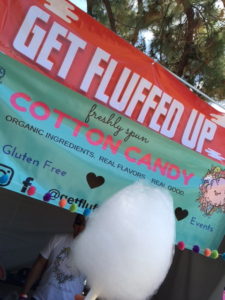 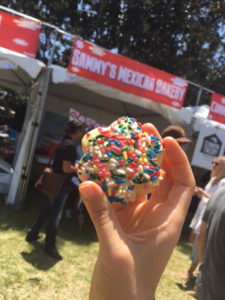 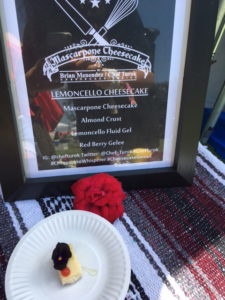 This event is standing strong at the top of my list for my favorite event to attend in San Diego, and I can’t wait to go back! We have so many amazing taco options down here in America’s Finest City, it can be hard to know where to go and what to choose, I’m so glad events like this are here to help!