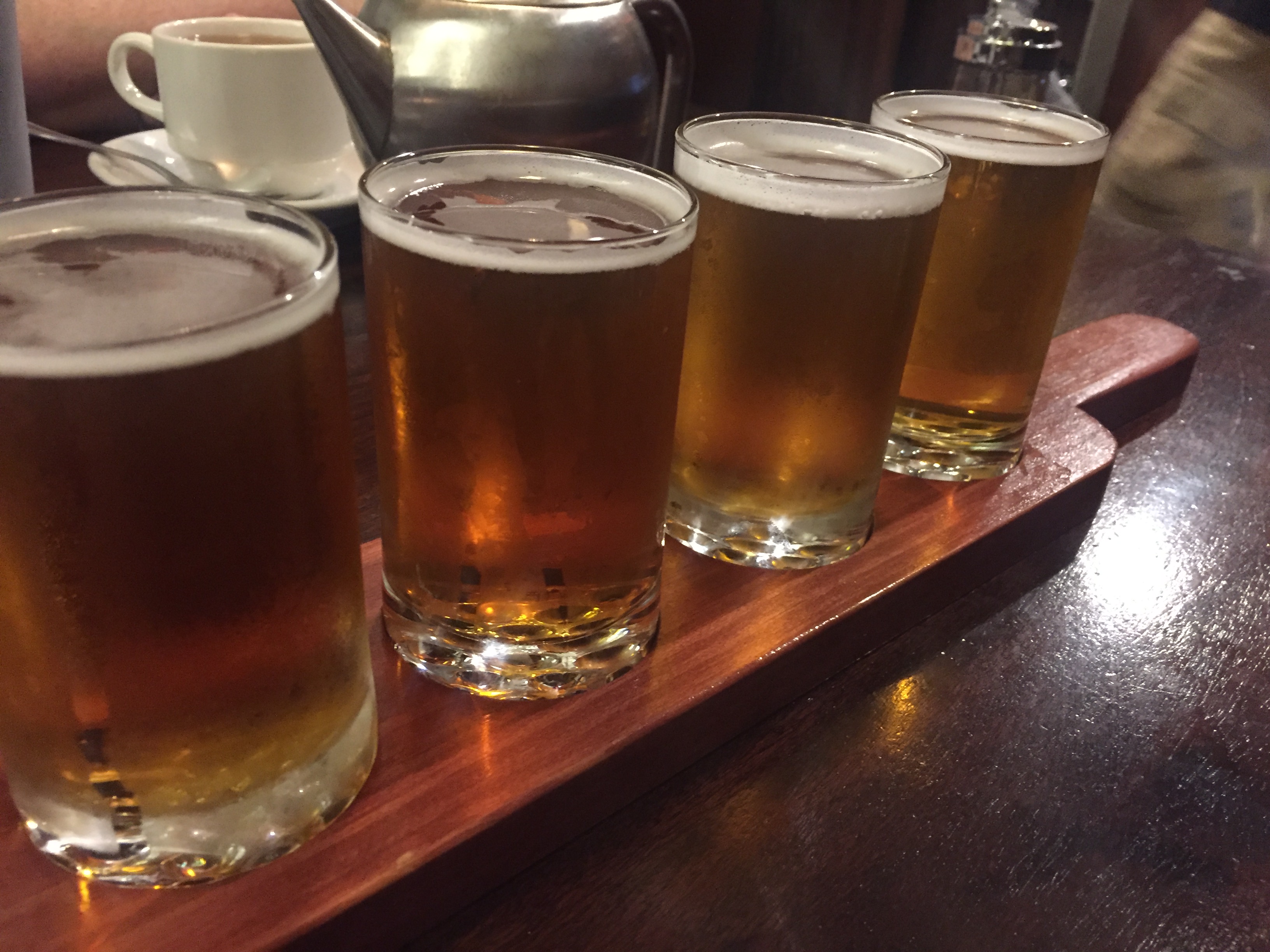 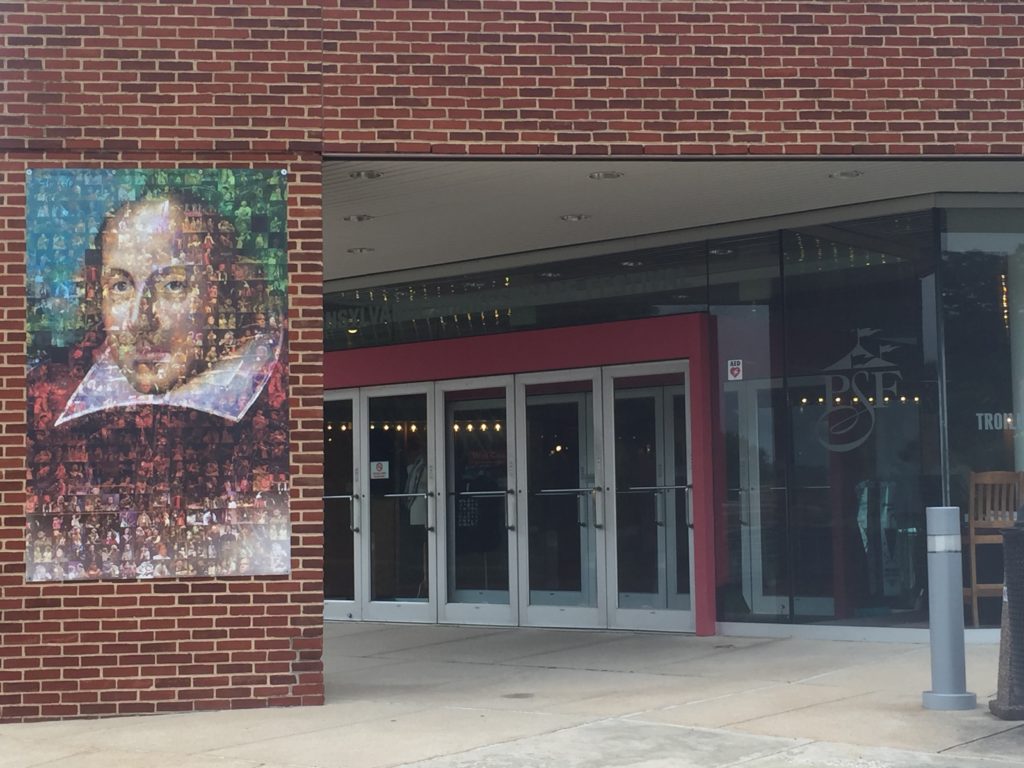 I headed down to Pennsylvania to catch The Three Musketeers in the Pennsylvania Shakespeare Festival playing now through August 6th. It was a spirited evening of Muskateering which turned out to be a super funny and well produced show. Anyone in the area should swashbuckle over to the PA Shakes Center at DeSales before they close and be sure to bring a bottle of wine and picnic for outside beforehand- there’s a lovely seating area to partake in. You shall notethhhh be diappointedettthhhh (see what I did there) 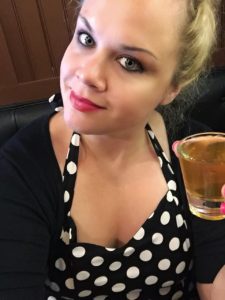 Of course, all of this theater-ing made me hungry and I headed back to Bethlehem, PA which I had visited on the holidays a couple of years back. This time, I fully experienced the quaint Celtic eatery McCarthy’s which was definitely way more than we bargained for.

The first notable item to catch my eye on the menu was the House Made Banana Whiskey. They had a ginger version too but how could I say no to banana? I feel like the minions could get really into this. O-M-G…..SO GOOD. I want a bottle. Seriously, I want a bottle….but that would be bad news. 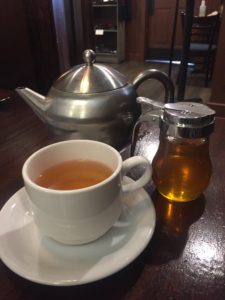 For the teetotaler they have a variety of teas in these adorable tea pots. We had to taste a Celtic favorite, the Welsh Rarebit, which is tomatoes sautéed with smoked paprika and Guinness balsamic reduction, topped with their Dubliner Fondue and served over toasted Irish Brown Bread. The mouthwatering flavors partnered expertly. The dish welsh rarebit dates all the way back to 1725 although the origins are not entirely clear, a well known fact is that the Welsh were big fans of cheese. We have so much in common. Hence, the melted cheese over toast would have been a tavern favorite back in days of yore. 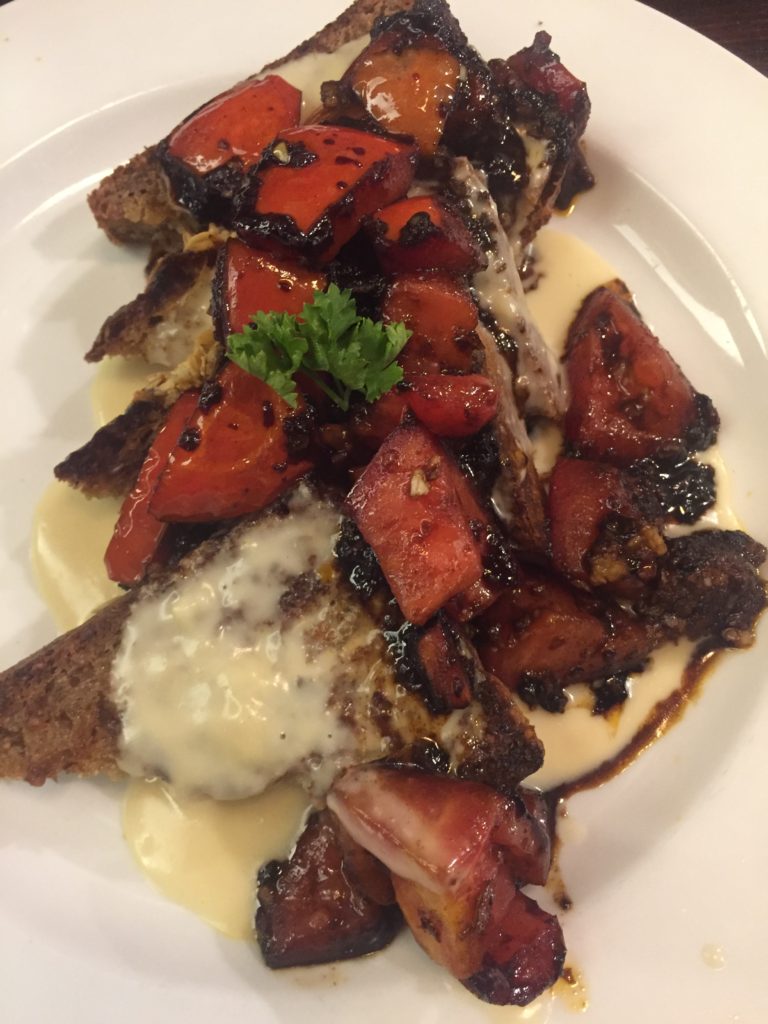 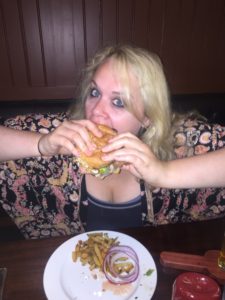 Me and my Wild Boar Burger

We liked this place so much, we simply had to go back for more. In true foodie fashion, I’ve taken the obligatory woman unconventionally shoving a hamburger in her mouth in not a sexy way. Damn, it was a good bite.

I’ve said before I’m always a sucker for a bizarre and interesting menu choice, so how could I say no to a Wild Boar Burger?  It was topped with Irish bacon, cheddar cheese, and an over easy fried egg. They advertise it’s served with hand cut chips which is the entirely British way of saying fries. 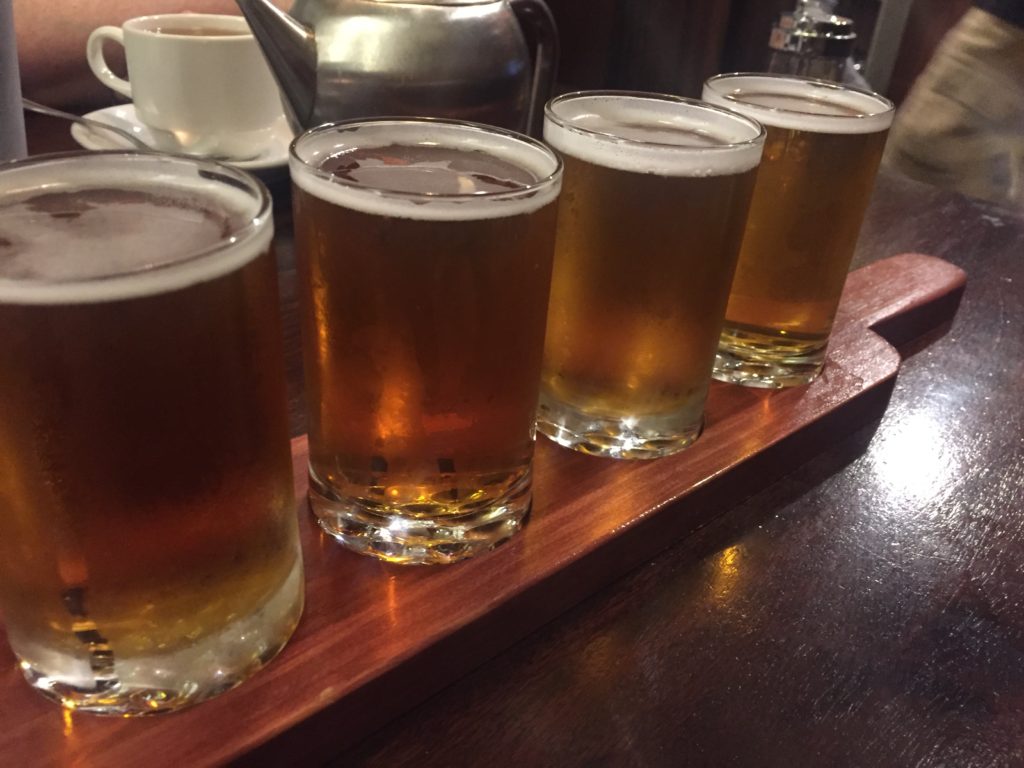 The only way to do vacation drinking the right way is obviously learning to fly after drinking most of the beers they have on tap. 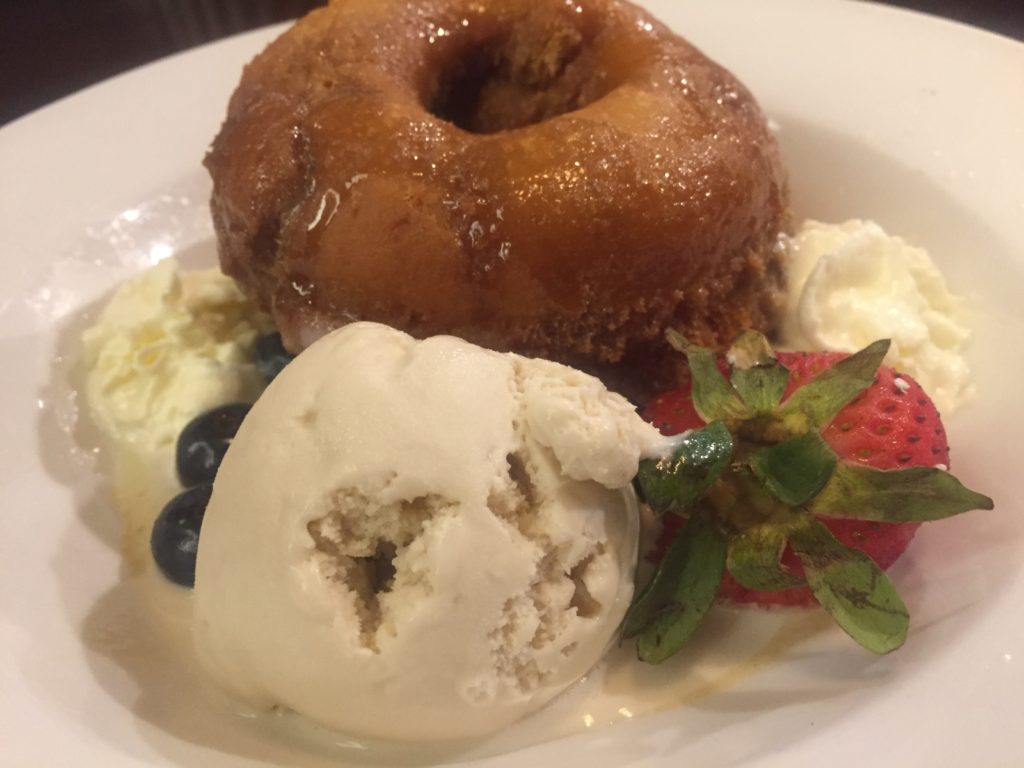 I would be remiss if I didn’t get a made to order Sconut. Glazed in sticky toffee sauce and topped with your ice cream of choice, this delight puts the cronut to shame. If you stop by momentarily it would be worth simply grabbing an Irish Coffee and a sconut.

Next stop- Fegley’s Brew Works. This brewery makes their own blends every month. The standout from our beer flight was their Blueberry Belch. It’s made using 100% real fruit. The blueberry flavor is present throughout but it’s not overly sweet. 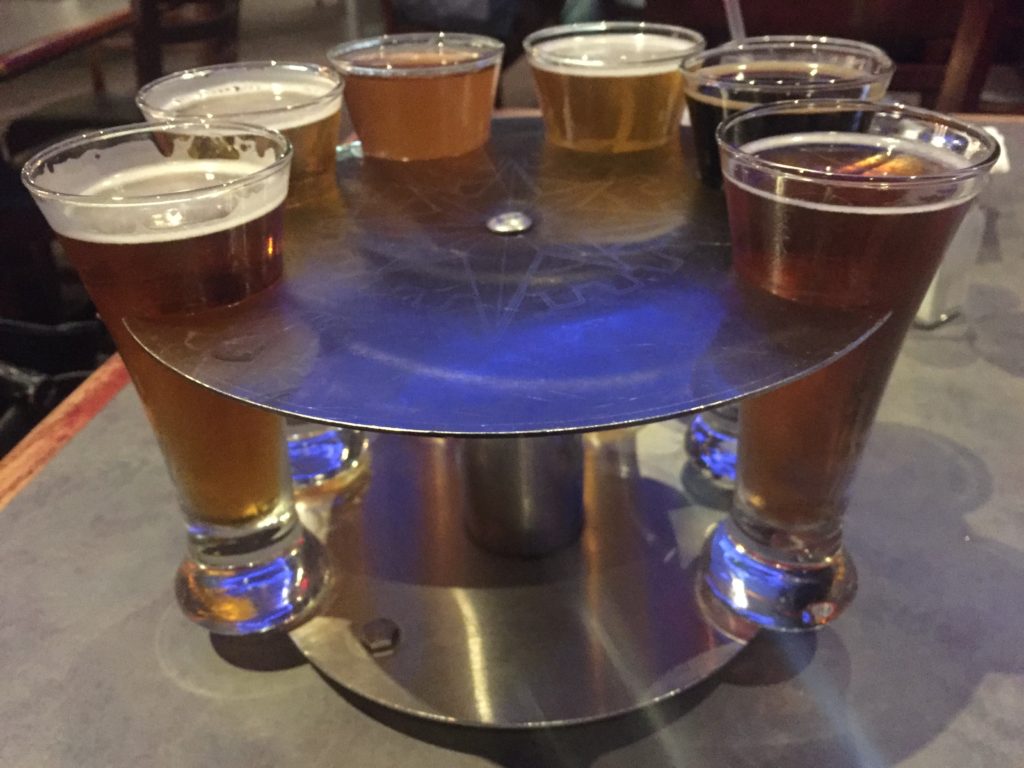 Along with our beer we ordered a couple of snacks. Everything at Fegley’s is larger than life-including their flatbread. The one pictured below is called The Christmas City Flatbread. Christmas in July- yes, please! Featuring apple cider smoked bacon, crumbled bleu cheese, caramelized onions, dried cranberries, arugula, and balsamic glaze. 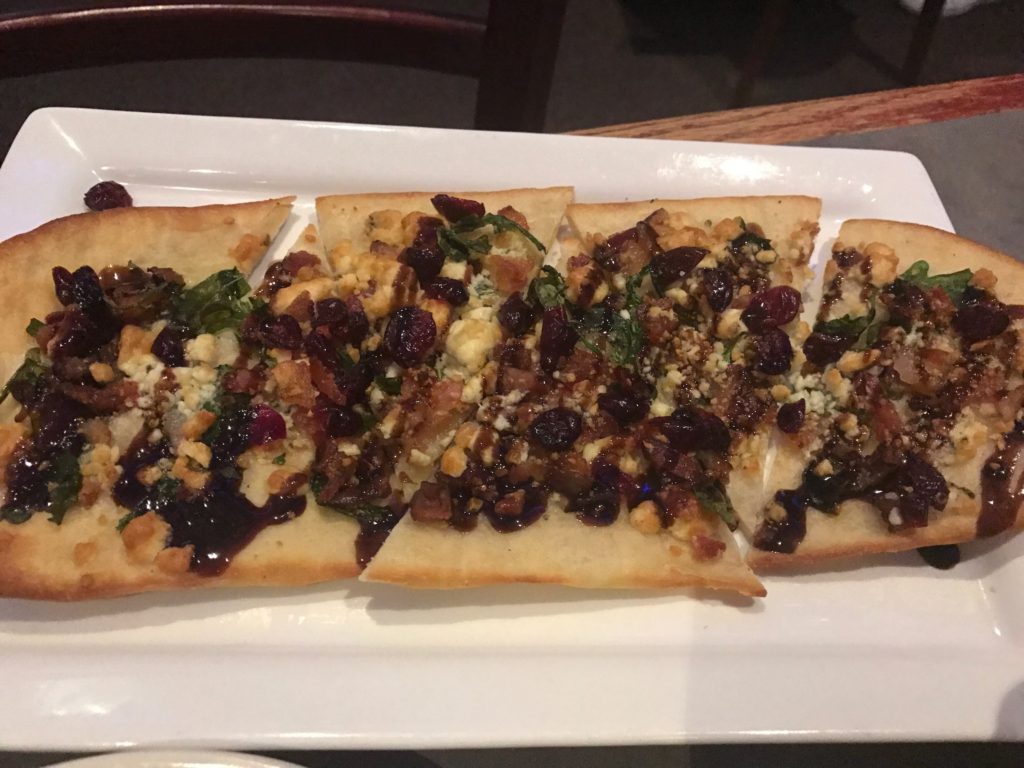 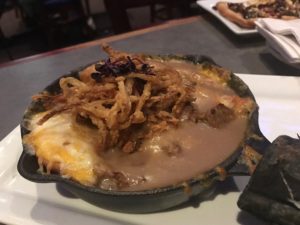 On their specials menu, they had Pierogi Disco Fries. It’s every late night snack dream come true, it’s gooey potatoes topped with the gravy and cheese. SO RICH and nom-worthy that I could barely eat a fourth of it. Only downside is make sure to bring accomplices to finished these entrees with large amounts of snack-itude.

It may be a town with a Christmas name but Bethlehem, PA is a delight in all seasons.