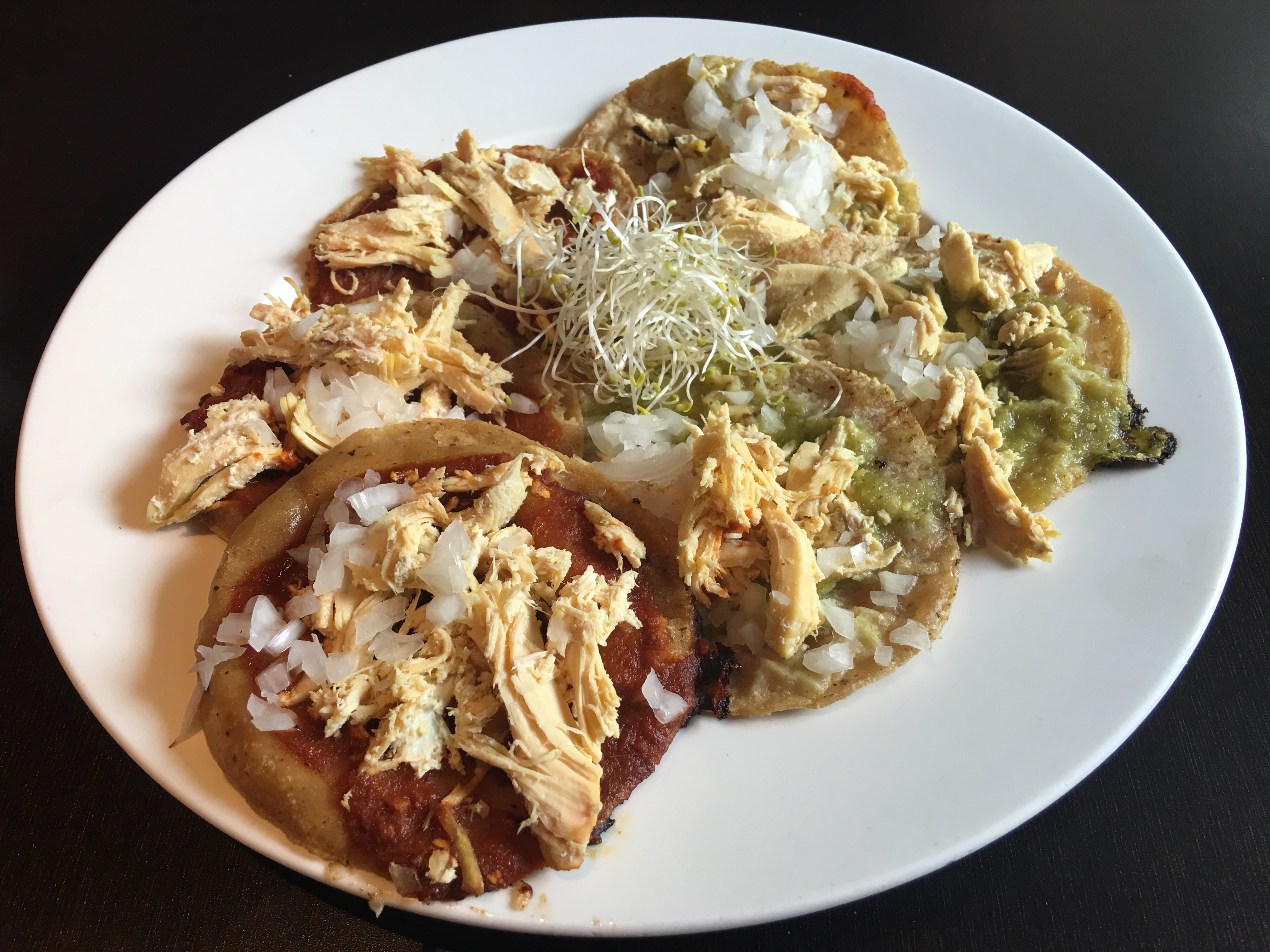 One of the most iconic neighborhoods in Mexico City is La Condesa-Roma, which used to be a hacienda during colonialism but in the 20th century started to change along with the fracture of the hacienda and the expansion of the city. Its narrow streets are filled with small businesses and a combination of tourists, hipsters that live in the area, and the old timers, which combine to make this area of the city feel vibrant, fun, diverse, and forever changing.

You can now find libraries, art galleries, bars, nightclubs, antique stores, offices, and of course, hundreds of restaurants. Mexican, Italian, German, ice cream shops, vegan, French, Japanese, Chinese, American, Spanish, bakeries… that’s just a few examples of the cuisine you’ll find here! They’re also almost always great and no chains. The owners might be in the restaurant, and a lot of them like to get creative with their business. You can find amazing experiences in this area.

Angelopolitano, a Poblano restaurant led by Chef Gerardo Quezadas, is definitely not lacking variety when it comes to their menu. This restaurant, like so many others in the area, appears to have once been a house and is divided between rooms and has two floors. Throughout, it’s decorated with cut outs from articles that feature the restaurant, and also features a little retail stand with traditional Mexican crafts. It is a fun place to be curious and entertained. My boy and I were seated at the front in a medium-sized room with a view of the street scene, which was quite nice. 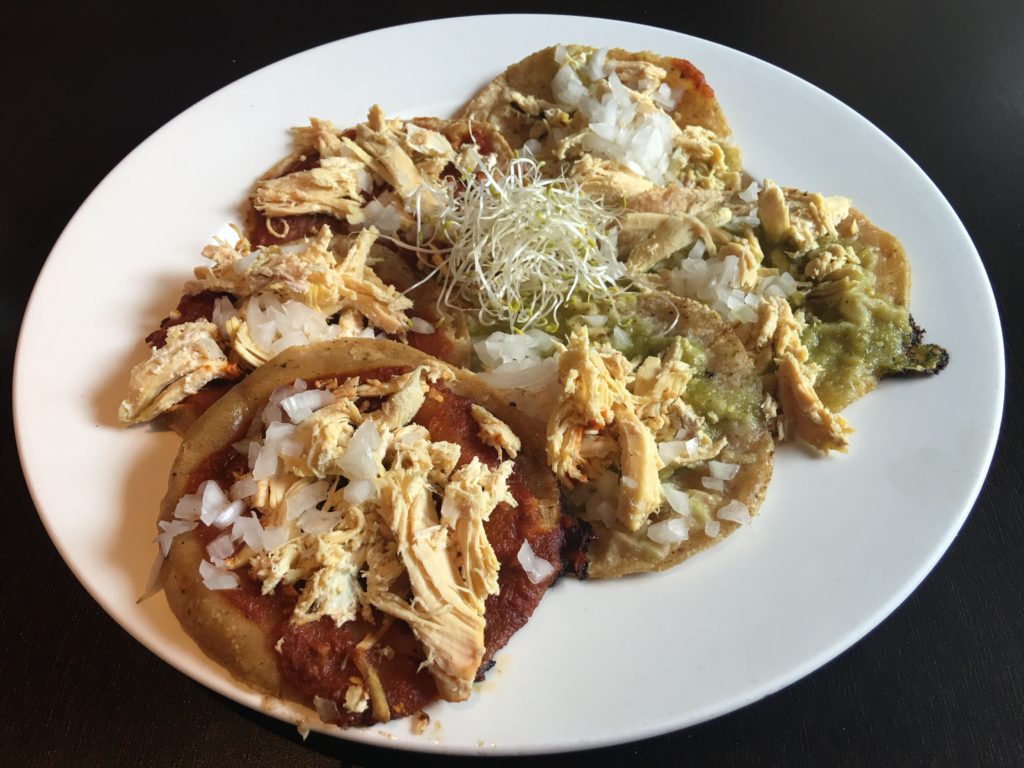 We started off with some Chalupas. Yes, chalupas are supposed to look like this, Taco Bell just stole the name and used it for something completely bogus. No, I’m not kidding, and yes, it makes me crazy that everyone thinks a chalupa is some crunchy “taco” with cheese. Anyway, I love legit chalupas for their simplicity: tortilla, salsa, chicken, and onions. The salsa was delicious, which is the key to good chalupas. If the salsa is bland or tasteless, then the whole thing doesn’t work. These were amazing, and the ingredients were so high quality that you could taste the freshness in all of the ingredients. Comida como debe de ser! 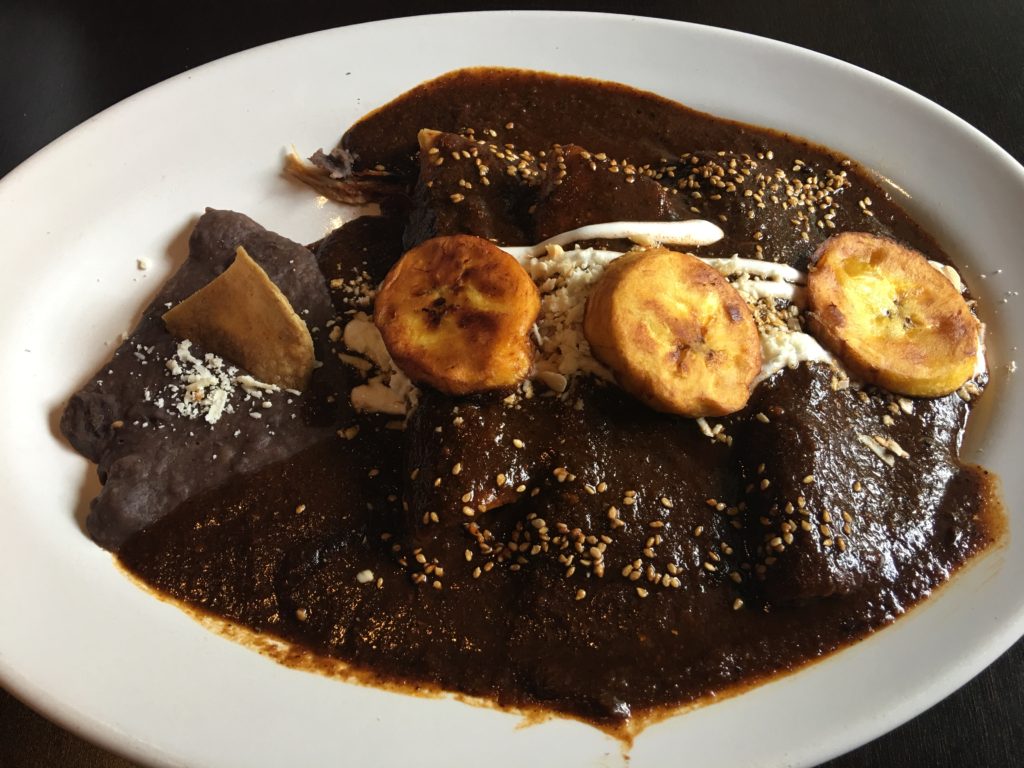 We then got the Table Strainers, which are duck enmoladas (enchiladas that instead of salsa they use mole) with fried plantain on top. These were amazing! The mole was the best, which I expected  since Puebla is famous for its mole. For those of you who have never tried mole, let me tell you — you must try it! It’s a type of salsa that has dozens of ingredients including chocolate, a variety of peppers, and a bunch of spices. It is an elaborate and complicated process to make, but so worth the effort. It is so damn good. This one, in particular, had a hint of tamarindo, which made it a bit sweet but had a spicy kick. 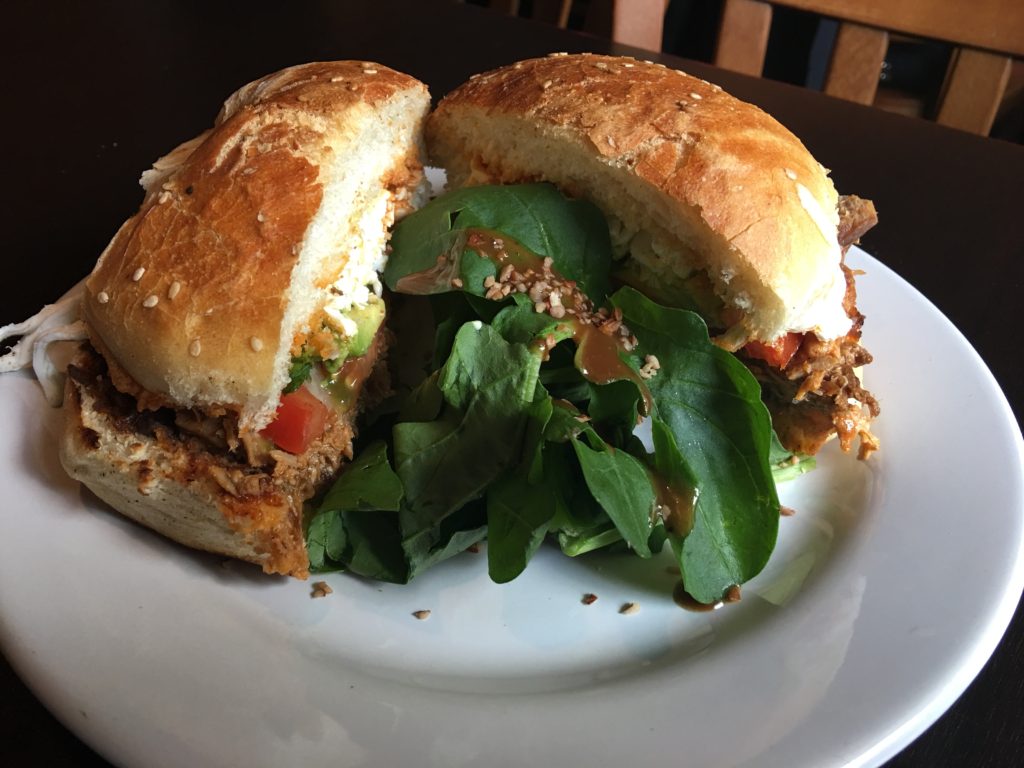 Next came the Cemita, a type of sandwich (or, as we call it, “torta”) filled with breaded beef (like schnitzel), avocado, Oaxacan cheese, tomato, and pápaloquelite on a fresh baked sesame seed bun. Tortas are a very common street food in Mexico. In my opinion, they come in second place after tacos when talking about street food. This was a gourmet version of this famous street food dish. The most important thing about a torta is the bread, just like rice with sushi or tortillas with tacos. If any of this fails the whole product will be terrible. In this case the bread was exceptional and so was the Cemita. Angelopolitano is well known for this dish and once you taste, you know why this place is so packed.

Instead of getting dessert in the restaurant we went to explore and found Nómada Heladería, a boutique ice cream shop that offers adventurous flavors without trying too hard: avocado, Mascarpone cheese, carajillo, green tea, banana caramel, among others. You can either go classic with a cone or a cup or ask for your ice cream between cookies, macaroons or in sets of three with a crumble and you can add sauce. 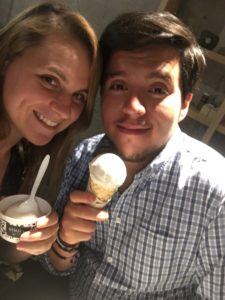 Since we’re more of the traditional type we got our cone and cup. I got the Mascarpone flavor which had a very buttery texture and wasn’t extremely sweet, for which I was thankful. The berries in it provided a tart hint which complemented the creamy flavor beautifully. My boyfriend got the banana caramel which was heavier on the banana flavor and light on the caramel. Not my favorite but he loved it… to each his own!

It was a pretty amazing afternoon. We got to explore the city, eat delicious food, and experience new things. As we came back home the sun was setting in the horizon and we were just able to relax and enjoy what was left of the day. 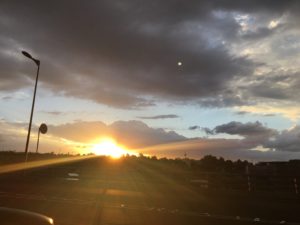 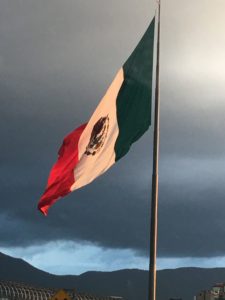 The Top of Dallas: Mirador Restaurant