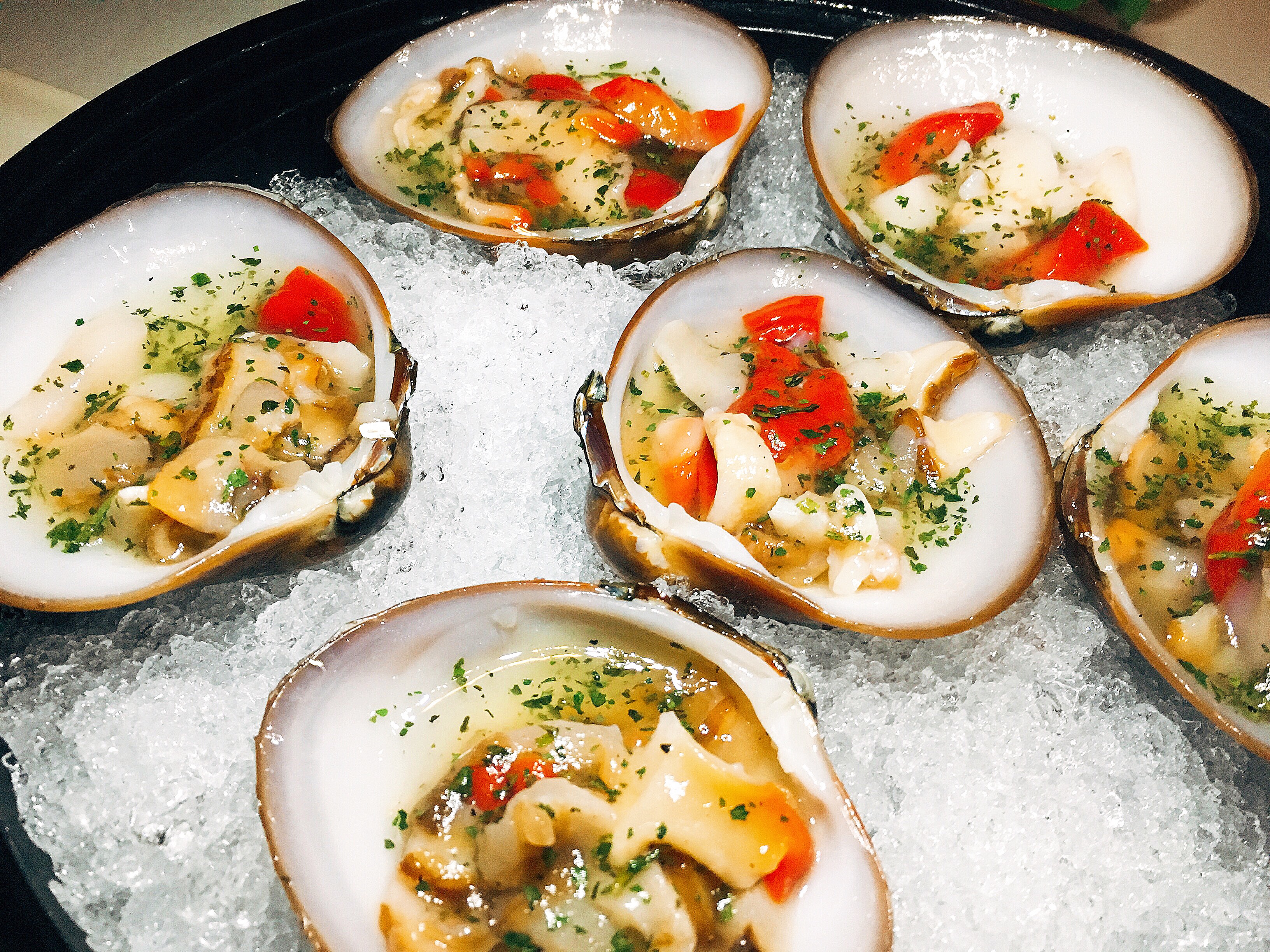 The One and Only Palmilla resort in San José del Cabo, located in the southernmost tip of Mexico on the Baja Peninsula, is as close to paradise as you can get. This exclusive ocean side resort provides butler service, immaculate and lush resort grounds and ocean views so stunning that during the winter months you can see whales and dolphins from the comfort of your room! It’s so exclusive that it’s not abnormal to find yourself in the company of celebrities and boasts two restaurants by Michelin rated-chef Jean George Vongerichten and a third by Chef Larbi Darouch who apprenticed with the legendary French chef Jean-Louis Palladin beginning at age 13. The only thing that would make this experience even better would be to bring in a three Michelin star-rated chef from Napa for a pop-up dinner. 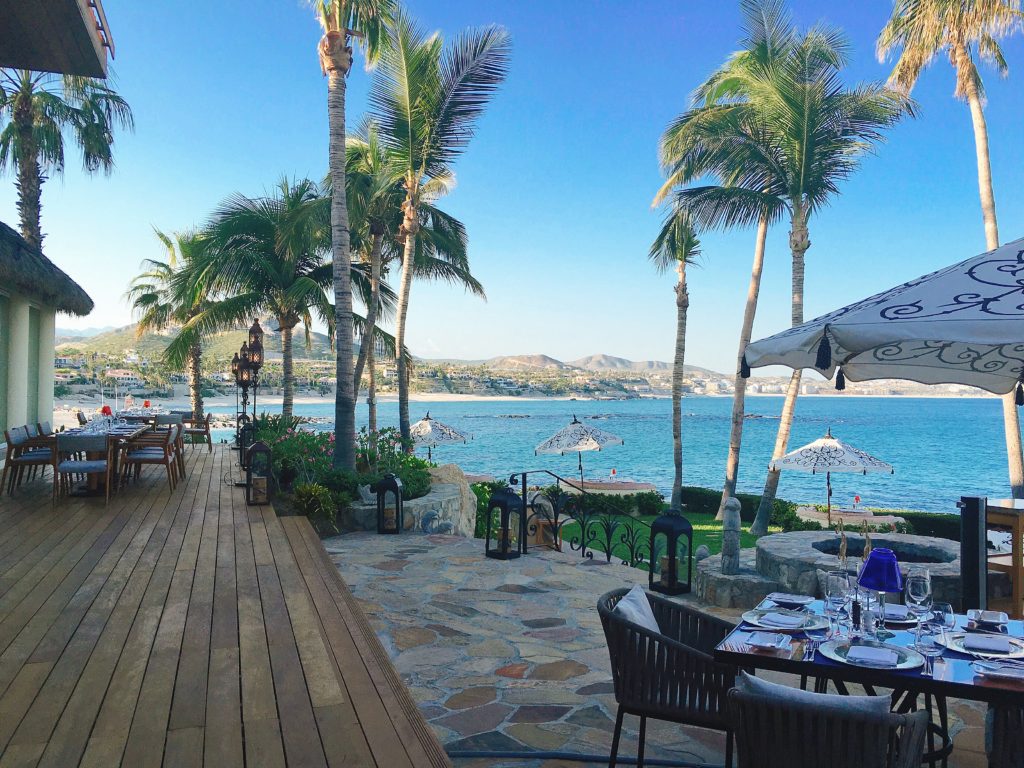 Ocean side dining at Agua by Larbi within One and Only Palmilla.

And so on our most recent visit to Chef Larbi’s restaurant, Aqua by Larbi at the resort, we were treated to a five-course dinner created by Chef Christopher Kostow of acclaimed Napa Valley restaurant, The Restaurant at Meadowood paired with Turnbull wines.

All courses were served family style. An amuse bouche of briny broth did its job and made us crave more! The first starter of Chocolate Clam consisted of large clamshells filled with bits of tender clam in smoky poultry broth with hearth-dried herbs.

The remaining starters of Yellowtail Crudo and the Chilled “Cocktail” of Spiny Lobster Tail were a product of Chef Kostow’s fishing trip 1-2 days prior. I’ve never really been a fan of fishing, but the quality of the fish caught by Kostow was something that had me wanting to try it out! I even started looking up some quality inflatable dinghies to go fishing in; that’s just how good this fish was! I’ve never seen Yellowtail flesh so bright red in color and the flavors paired perfectly with Turnbull’s 2016 Sauvignon Blanc. He told us that when he went on his fishing trip that he used an inflatable kayak to get there. Apparently, it’s a good inflatable for fishing which surprised me. I’m glad he did take that type of kayak though as the food tasted amazing. 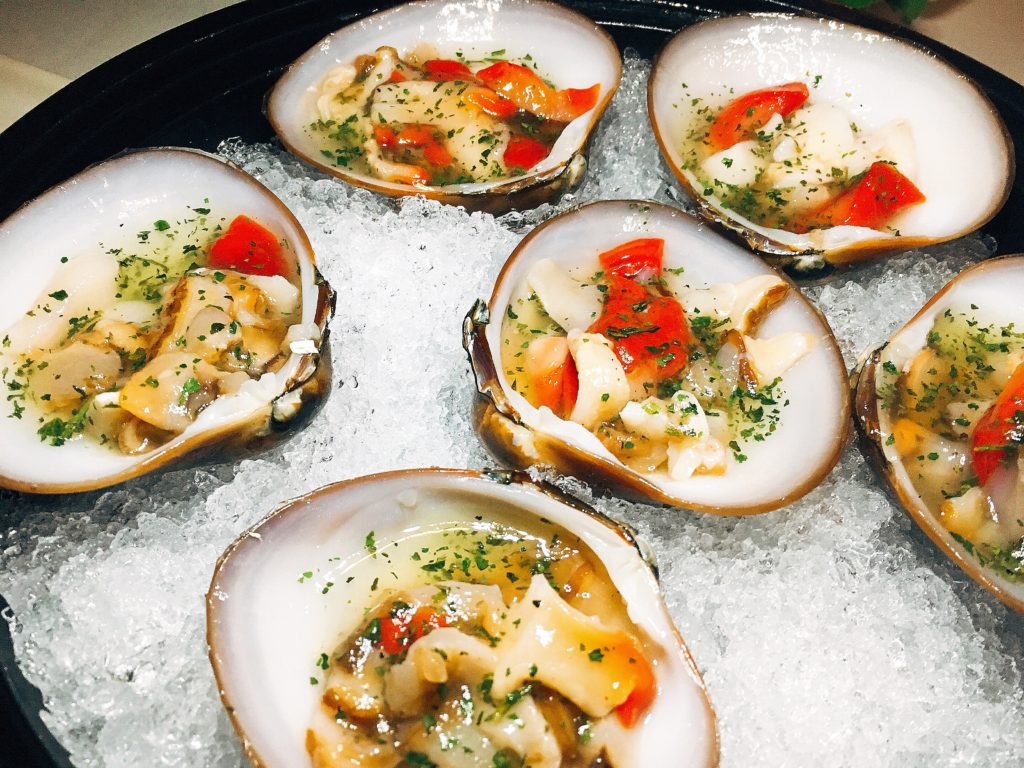 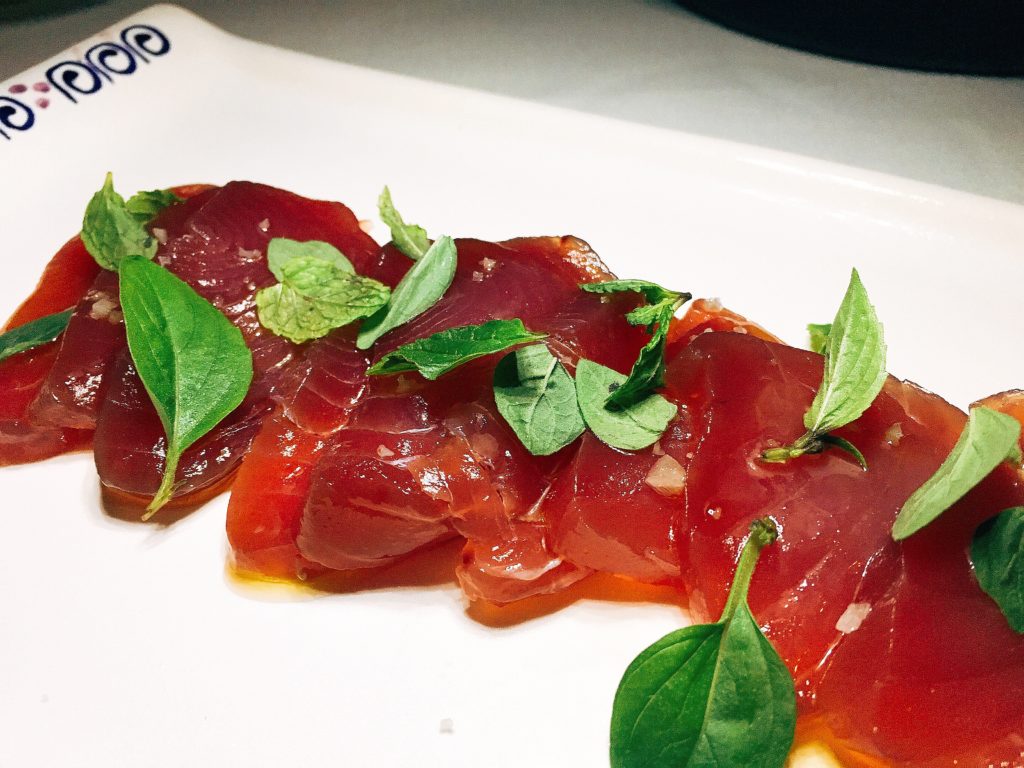 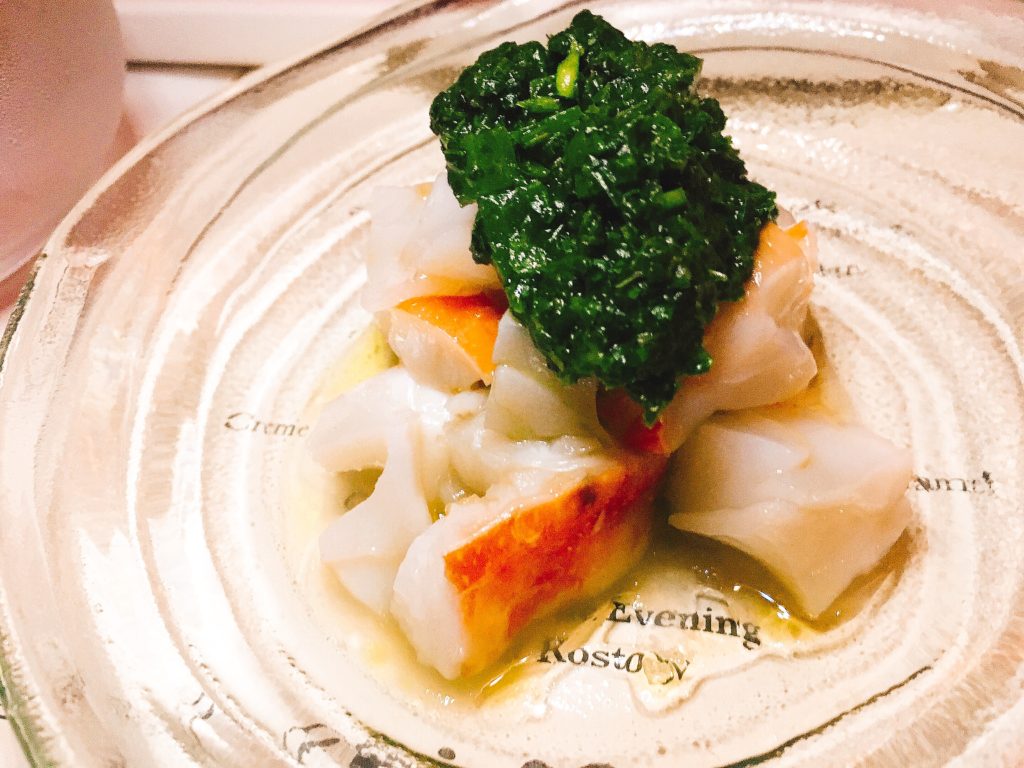 The main course, Buried in the Sand, titled like a work of art tasted like one too! Our favorite dish of the evening, Chef Kostow buried pork shoulder wrapped in seaweed, tomatoes, herbs and clams and cooked it all over coals for several hours. Wheat tortillas and a salad of charred avocado and purslane (an edible succulent), were served on the side along with a powerful 2014 Cabernet Sauvignon by Turnbull. 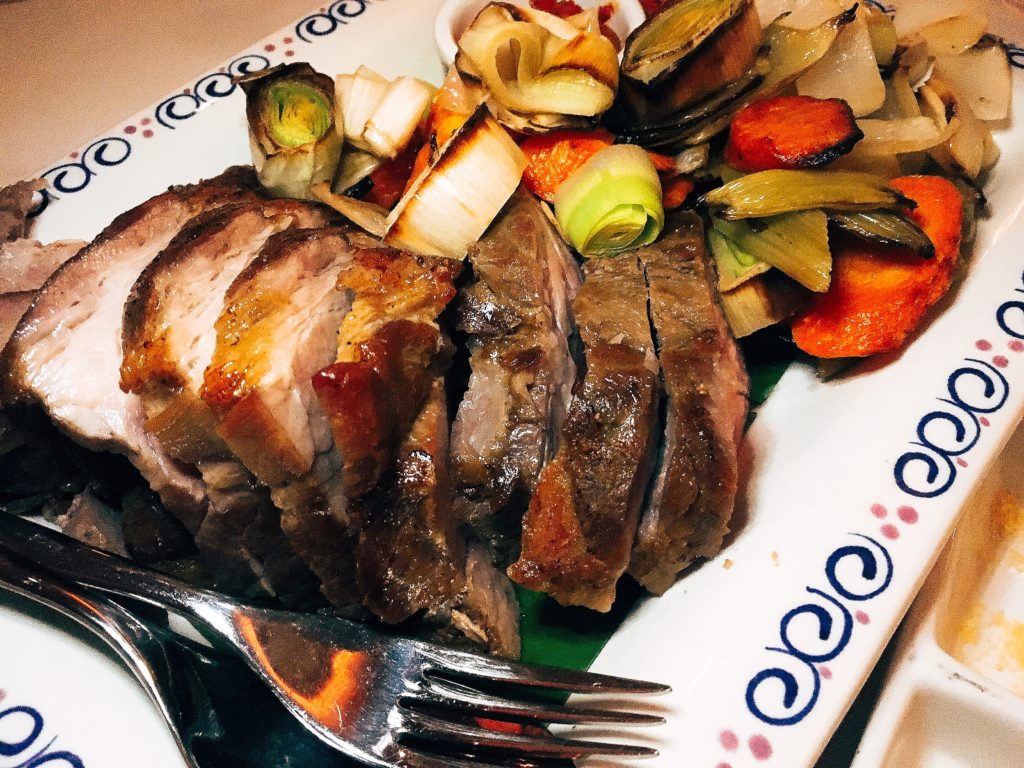 Buried in the Sand: pork shoulder wrapped in seaweed and herbs, cooked over coals. 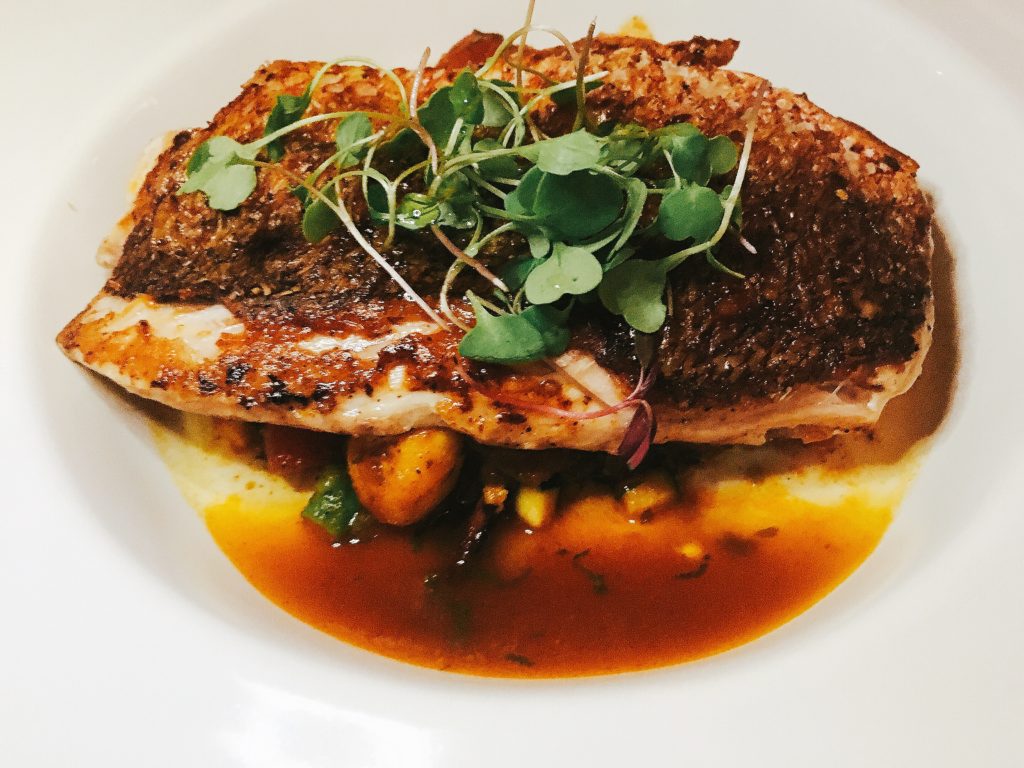 By the time dessert arrived we were beyond satiated which was a good thing as the Sweet Potato “Foster” (crème fraiche ice cream with pillocino-mezcal caramel) was tasty but when paired with a surprise glass of after-dinner mezcal became overwhelming to the taste buds. No matter as our dinner party realized what a treat it was to bring Napa Valley to our favorite seaside Cabo resort. 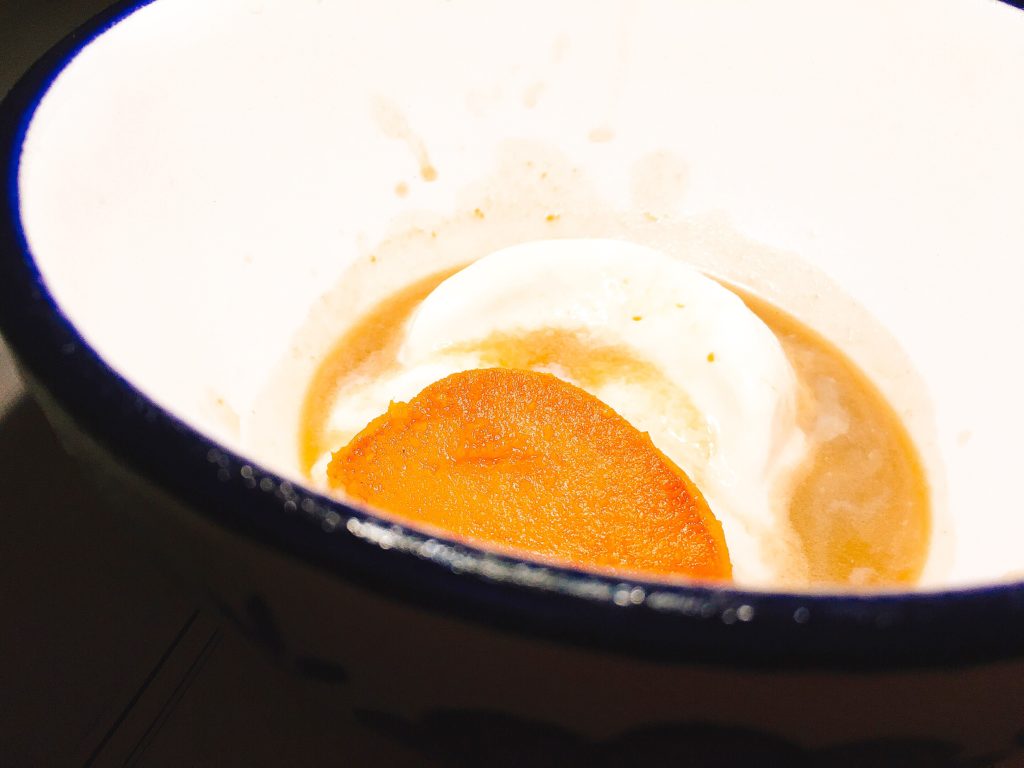 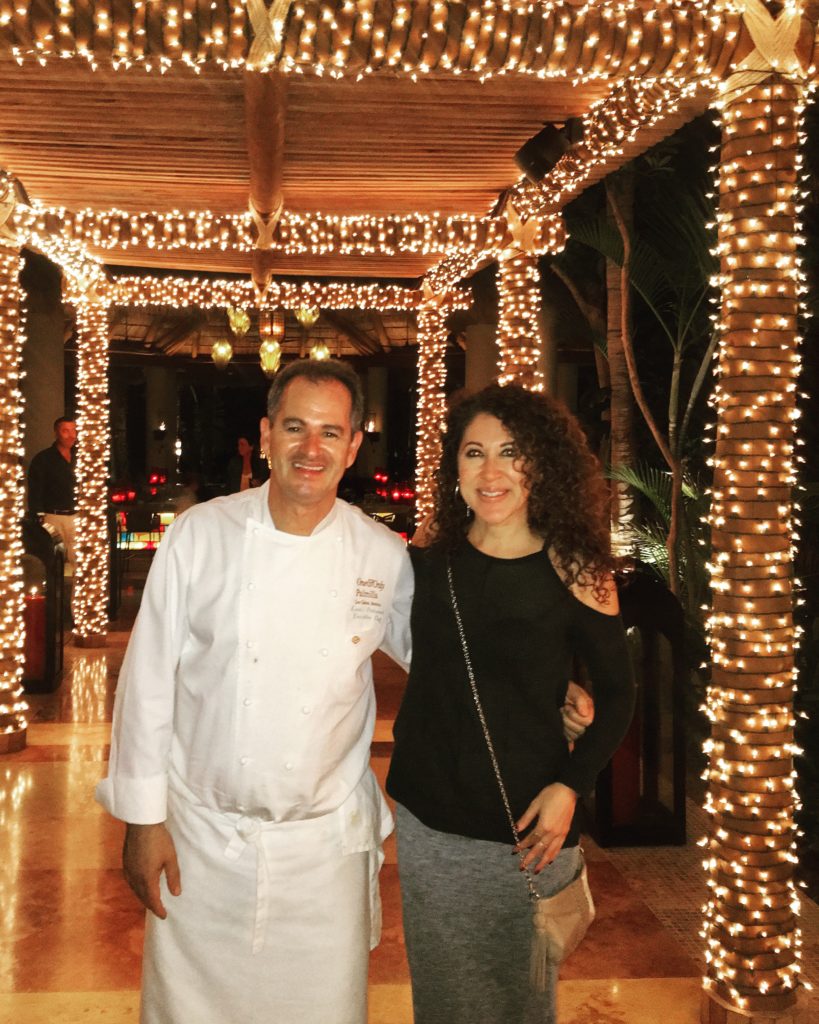 The author and Chef Larbi. Not pictured, guest Chef Kostow. 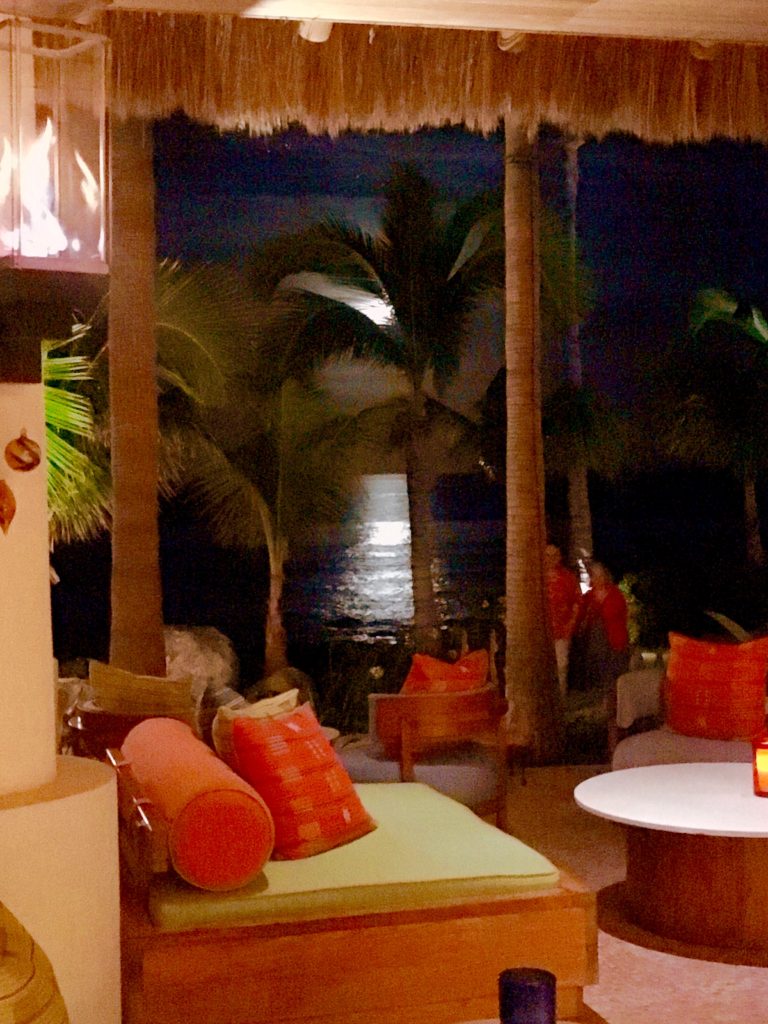 The full moon shining over the ocean at the Agua by Larbi bar.

*side note: Follow One and Only Palmilla’s Instagram account prior to your visit to ensure you don’t miss out on special dinner events such as this one. Several hotel guests we encountered were not aware of the dinner until we mentioned it to them.

My mom always says that I eat a lot (every 3 hours) and she's right, as mothers always are. I've grown up with many nicknames (Ginger Bread, Ginger Snaps) but thankfully my close friends and family call me GG! I'm not a food critic but I'm also no stranger to the food business. I've been a restaurant and banquet manager and event planner for wine country bachelorette parties to milestone birthday parties with food trucks and restaurant crawls. I love to eat, exploring new restaurants and I balance the calorie eating by running wherever the roads and trails take me. Throughout the years I've been asked for countless restaurant recommendations not just locally but also throughout the US and abroad. Friends want to know where I'm eating next, scoping out their next exciting venue for various occasions and I love to steer them in the right direction. And so The List was born...www.TheGGList.com