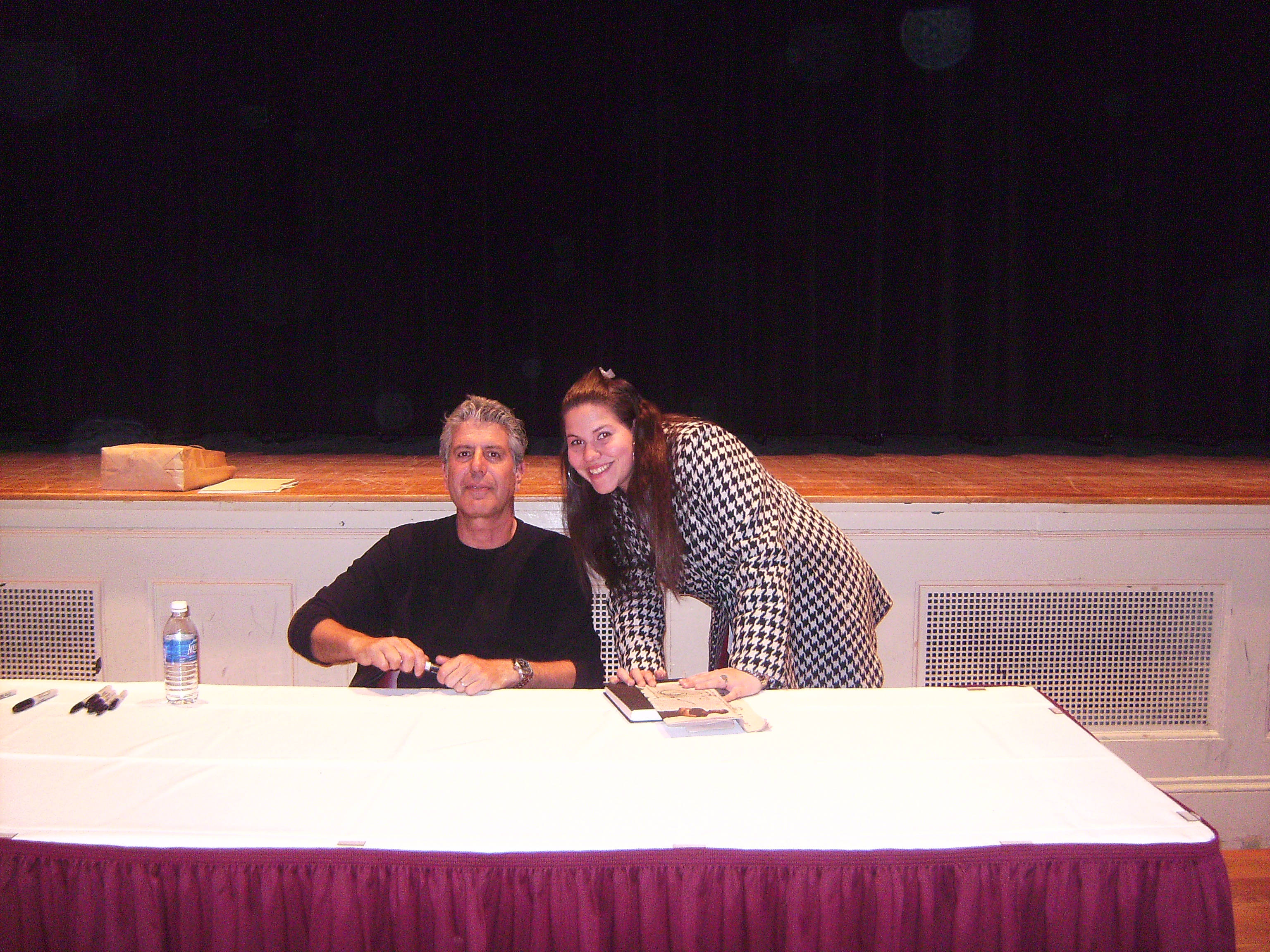 Julianne: I woke up on the morning of Friday, June 8th, 2018 to a slew of text alerts from various friends and family. My heart sank because I just knew something terrible happened. I prolonged turning on the TV or even looking to see what these texts said until I’d fed my daughter and had a cup of coffee, cause sometimes, I preemptively “can’t even.”

The first alert I saw came from the TMZ app announcing that “Anthony Bourdain passed away at age 61” and I instantly hit a state of shock and disbelief. Was this an error in the TMZ app? There’s just no way this was real. After turning on CNN and seeing the news on TV, it all became very real. We lost him.

I watched the shows, followed his Twitter, admired him not only for his culinary genius but also as a male front-runner for the #MeToo movement. I realized he’s the only person I ever ate at restaurants because they made his show. My favorite being Nonna Betta in Rome which has his image all over the restaurant. Appearing on his show helped this business, as I imagined it helped many. 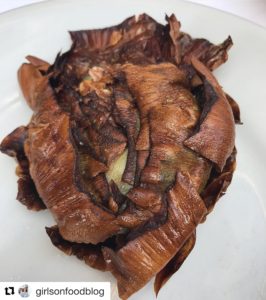 This may be one of the first celebrity deaths to hit me hard. Sure, I’ve never actually met him, and I didn’t necessarily cling onto every single thing he ever said about food (especially his infamous thoughts on vegetarians), but he brought a lot of joy to his fans and had helped re-shape how many of us think about food.

We’re still in a state of mourning here at Girls on Food, with the news of his death. Below, bloggers Sam and Iman remember the original culinary rebel with a cause, Anthony Bourdain.

Sam: Anthony shined a light on the culinary world, exposing it for all its glory; the truth about being a chef, the connections we have with food, of course, a few helpful tips to us aspiring young chefs.

“Food is everything we are. It’s an extension of nationalist feeling, ethnic feeling, your personal history, your province, your region, your tribe, your grandma. It’s inseparable from those from the get-go,” Bourdain said, and it’s true now more than ever.

Much like the rest of the culinary world, it still hurts to know he’s gone; it hurts a lot. Finding out he passed away left me with the same empty, numb feeling as I found out when my grandma had passed away. I only met him once, for 30 minutes at most, but it was one of the absolute best 30 minutes of my life, and I’m so thankful that I had this opportunity that so many others did not.

The date was March 18, 2009. Bourdain was doing a presentation in Johnson & Wales University’s Xavier Auditorium. As students were lining up to get a good seat outside, there was one student in particular, while she might have appeared composed outwardly, was panicking internally (in the best way possible) because she was sitting with him backstage, talking to him and interviewing for the college newspaper. 21 year old (back then) Sam was so happy & grateful for those precious minutes, and now, 30-year-old Sam is incredibly grateful and appreciative of those minutes. 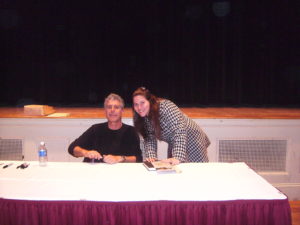 We chatted about so much in those 30 minutes; we spoke of the fantastic adventures he’d gone on, the difficulties of being away from his (at the time) young daughter, and of course, the pleasures of sharing a meal with beautiful people. Yes, they’re documented in the articles I wrote about that event, some pictures too, and even an autograph in a book I nervously asked him for. However, they’re permanently engraved in my memory, like my initials in my knives, and I’ll cherish them for the rest of my life. Chef, we’re heartbroken that you’re gone. However, we’ll keep your memory alive and keep you in our hearts as we’re eating, traveling, eating, and sharing. Rest In Peace.

Iman: Like so many others in the world, I was utterly blindsided by the news of Anthony Bourdain’s passing. I’ve always loved and admired his television series No Reservations, The Layover and Parts Unknown, but I don’t think I realized how much he impacted me until he was gone.

I remember watching No Reservations during early morning appointments when I was 14 – so, I’ve basically been watching him for half of my life. I’ve always wanted to travel and explore the world (my list is endless), and through Anthony’s shows, I was able to explore places I never imagined and got to experience the world during times when I wasn’t even able to leave my bed. I was able to explore the phenomenal and the mundane with his narratives. His honest depiction of the culture and the worlds he was in is what drew me in. He wasn’t there as an expert of the food and culture; instead, he relied on experts native to the respective country to guide and teach him – and all of us. His shows combined history, food, culture, and politics while humanizing the people we got to meet every week on television.

One of my favorite episodes was the Punjab episode on Parts Unknown, where Anthony goes through the province and takes the train to Shimla. This province is where my family is from and where my grandparents grew up before migrating to Pakistan during the Partition of India and Pakistan. While watching with my family, I got to learn a lot about my grandparents and great-grandparents from the stories my parents told me throughout this episode. It was also important to me because he showed how vibrant and unique Punjabis are and that they’re more than our perceived stereotypes – like so many other people around the world.

I’ve also gotten to try a couple of places that Anthony has gone in episodes, such as Cochon in New Orleans. Though it’s known for their pork dishes (Cochon means pork in French), I explored other parts of the menu, such as their delicious short rib, rabbit, and alligator. Thank you, Anthony, for showing us how to travel – by immersing yourself in a country’s culture, experiencing new things with a sense of earnestness, and finding the commonalities between all of us. You will be dearly missed. 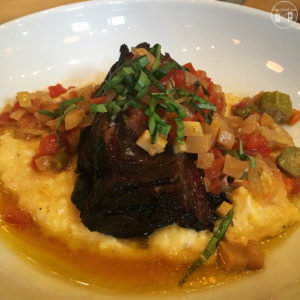 We’d like to extend our condolences to Anthony Bourdain’s family and friends.

We are currently raising funds for the American Foundation for Suicide Prevention on our Facebook page.