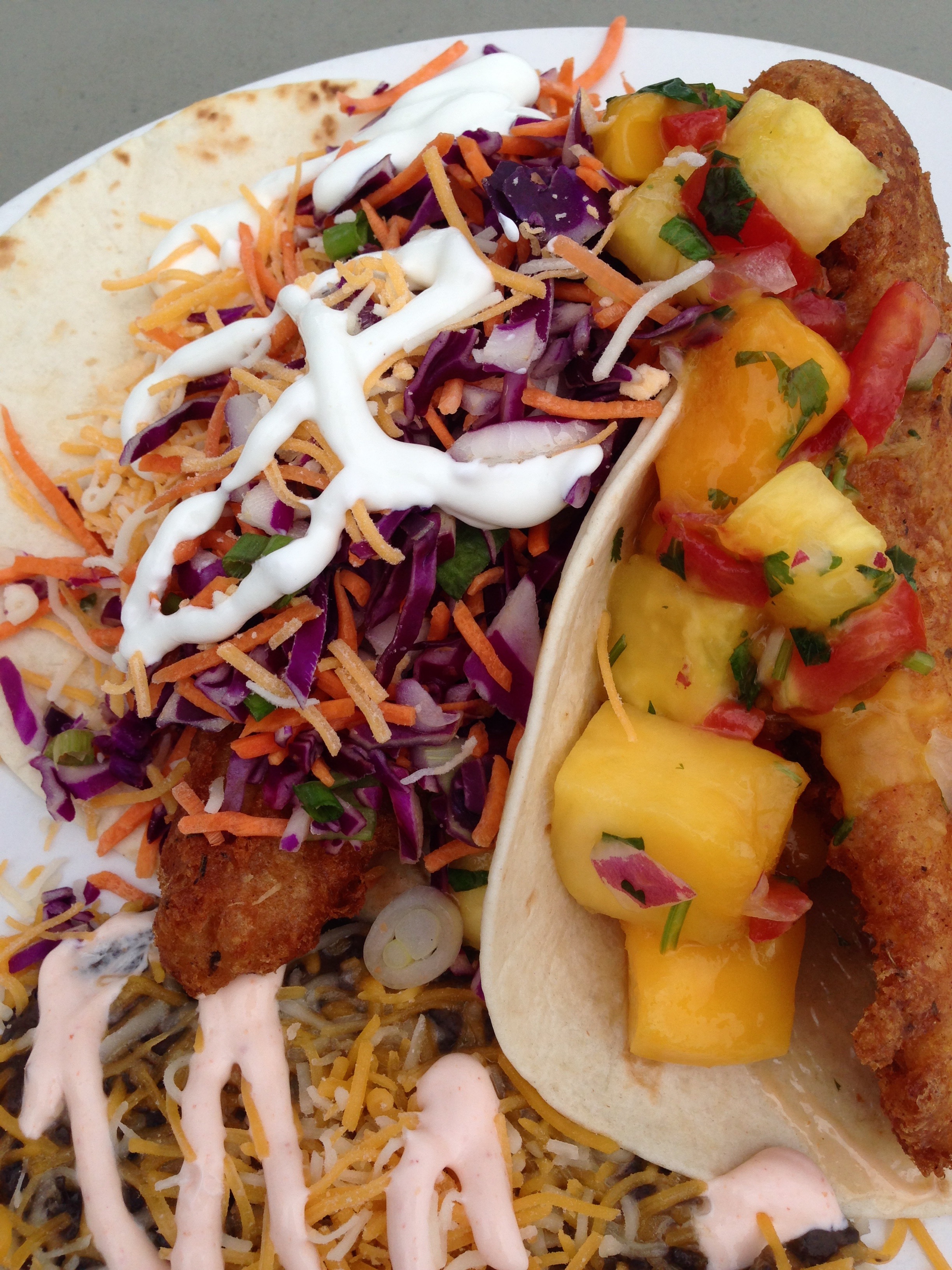 Recently I had two jobs back to back – one in North Lake Tahoe, and one in Los Angeles. I commute between Northern and Southern California fairly often, but I had never before had the chance to drive on Highway 395 to do so – a drive I had heard was quite beautiful. I wasn’t disappointed. Lakes, mountains, lush greenery, several weather changes, and then the Mojave Desert kept me quite entertained on my seven-hour drive. I didn’t have time to stop at every little place that caught my eye, of which there were many, so I wanted to find a place to at least sit and enjoy lunch somewhere interesting before continuing on my way. For that, trusty Yelp came in handy. As I was approaching Mono Lake a few places popped up that looked promising. Being short on time I opted for Whoa Nellie Deli in Lee Vining, a place that boasted outdoor seating, a view of Mono Lake, and a Mobil Station. Perfect. 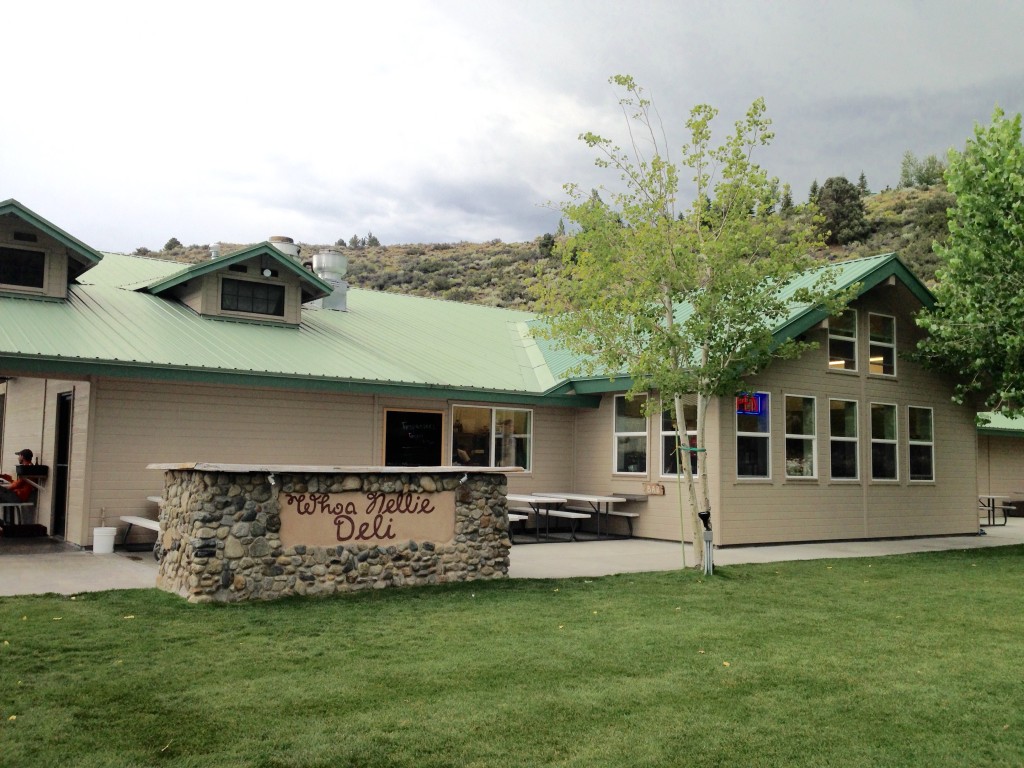 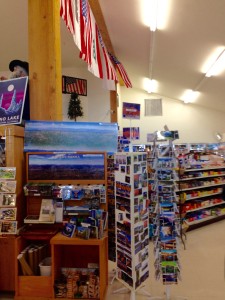 When I got there I realized that I had indeed stumbled upon a travelers oasis. The restaurant is located just off the freeway, yet manages to have a large outdoor picnic area with green grass, flowers, and lovely views. Inside Whoa Nellie Deli there was both a convenience store and a restaurant. The convenience store had a wide array of drinks to choose from, including beer, wine, and self serve coffee, which you can pay for as you order your food at the restaurant. I opted for a Bundaberg Ginger Beer, one of my favorites. It has a little kick but isn’t too spicy. The menu above the counter at the restaurant listed café style drinks, smoothies, salads, as well as a good selection of entrees – definitely enough options to satisfy any traveler. I ordered up the two fish tacos with beans and waited for my number to be called. 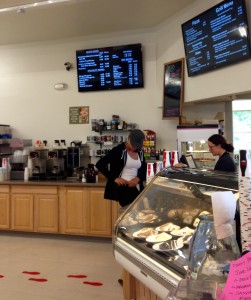 All the employees at Whoa Nellie’s were super nice. The bus boy made a couple jokes with me while I waited for my order, the chef’s smiled, and the manager skirted about cleaning up and making sure everyone was doing okay. It was a very nice energy to encounter after being on the road for hours. 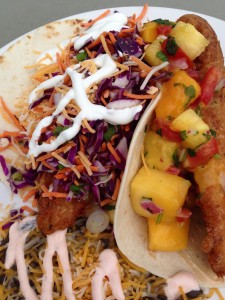 My tacos were ready in about 5-10 minutes – so I wouldn’t say it qualified as fast food, but definitely a quicker option than going to a sit down and order restaurant. My plate of food was literally daunting. For $12 I got enough food for two people to easily split. The fish tacos were big! Time to wander outside and eat! It was sprinkling a bit outside, and while there was ample covered seating I opted to go out to the lawn tables instead. It was just too pretty to not sit right dab in front of that view.

The fish tacos plate comes with two different kinds of tacos – one with shredded lettuce and cabbage slaw with a ginger cream sauce, and the other with sweet fresh mango salsa. Both tacos were crisp and had fresh ingredients. I absolutely loved the mango taco. The fruit chunks were so big and delicious. I honestly think they put an entire mango on that one taco. You won’t catch me arguing with that! The beans were also very good – savory and topped with a little cheese and cream sauce. 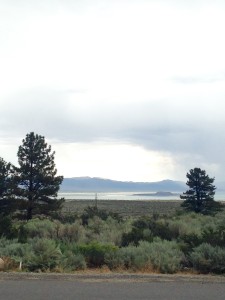 By the end of my meal I was stuffed and happy. I couldn’t have asked for anything more for a quick break on my drive. I look forward to stopping into Whoa Nellie Deli again when I can make another trip up that way to simply do some sight seeing!

Acqua Al 2: A Taste Of Florence in San Diego

Growing up in a small town my family never ate out much when I was little. I think because of this my food tastes have remained quite simple throughout my life. I’m not a super adventurous eater, BUT I am a huge fan of simple foods done magnificently well. Give me some good clean eating and balanced flavors, cooked and seasoned to perfection, and I am one happy camper! I believe in eating healthy most of the time, finding good alternatives to trashy foods whenever possible, but ultimately letting all hell loose when it is time to splurge! No one can eat perfectly all the time, and part of the fun in life is sometimes saying screw it! In fact, my boyfriend has given me the nickname Two Desserts because of my penchant for never being able to decide on just one thing on the dessert menu. Sometimes it all just sounds too good! One of my favorite things to do is travel, and what better way to experience a new town than to eat their local fare. I hope to show you around my hometown, my adopted city of LA, and to take you with me when my Gypsy heart pulls me out onto the next great adventure! For less foodie aspects of my adventures, follow along on my blog – A Not So Model Life. Chat soon! Xo