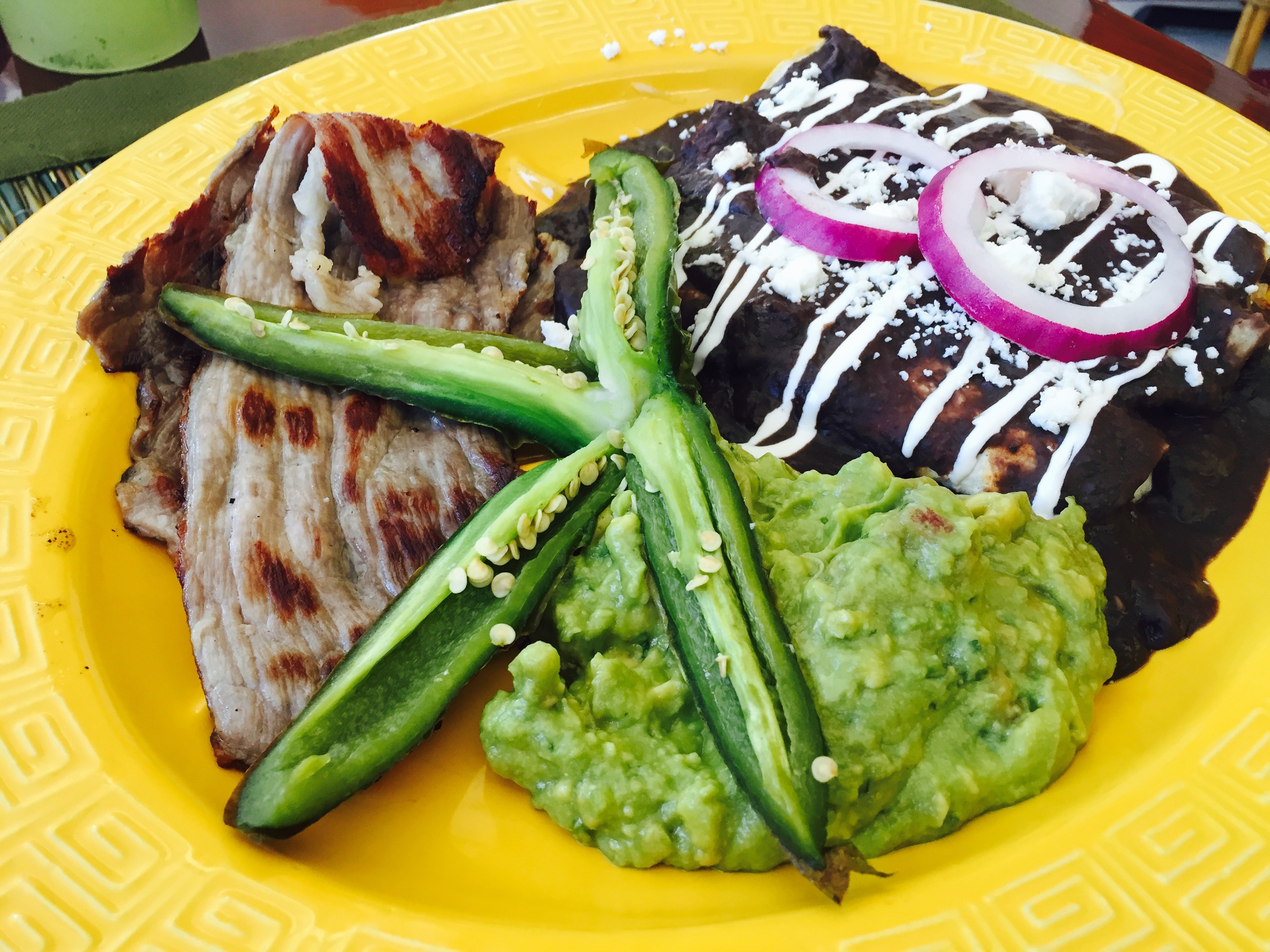 I discovered Rocio’s Mexican Kitchen almost by chance. We were looking for a location in Bell Gardens and I was terribly hungry. All I could find was fast food which I refused to give into that and just like an oasis in the desert, there was Rocio’s: a true culinary gem. 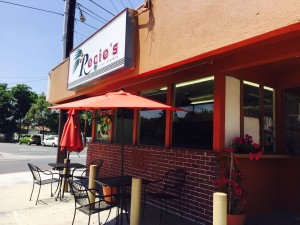 It is a small restaurant that can easily be missed if you don’t know where you are going. The building sits alone on a little asphalt island. The decorations are Mexican modest and the place is cozy with five tables inside and a couple more outside. We walked in and it was empty, but amazing hypnotizing aromas were coming out of the kitchen so we decided to stay. 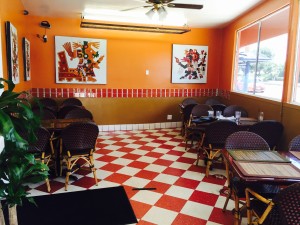 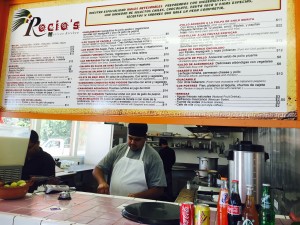 A super friendly staff member greeted us. He explained that the restaurant is kind of new to the area and that the specialties of the house are moles. I couldn’t be happier to hear that -insert angelical chanting here – first of all my blood sugar was dropping so just the word mole made me happy, but more importantly good moles are hard to find in Los Angeles. He immediately brought a basket of chips smothered with all the moles that they make. We were so hungry the chips alone could have been our meal. We ate the whole thing and asked for seconds. #noshame 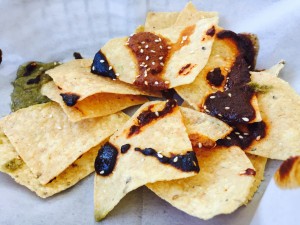 There was no exaggeration about their moles, they were so good that we ordered the chicken Mole Enchiladas. Instead of going with a whole order we had a mole Oaxaqueño enchilada. This mole is almost black looking, very chocolatey, smokey and savory; and a Pipian Verde enchilada. Although Pipian is considered a mole most of the times it doesn’t have chocolate. It is mostly made with pepitas (pumpkin seeds), chiles and peanuts. The enchiladas were delicious. The moles were smooth, silky and so flavorful that I like to imagine that an ancient Mayan princess would have gladly bathed herself in it. 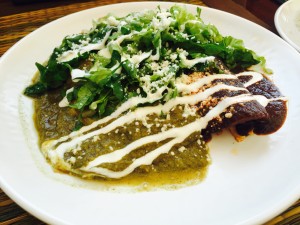 Once I realized that their moles were legit. I decided to try the Enfrijoladas con Cecina. The Enfrijoladas are very much like a cheese enchilada. The difference is that they are made with a bean sauce. Sounds simple but it is not. The Cecina is a steak that has been salted and sun/air dried for flavor. I know it sounds a little bit like beef jerky, but I promise it has nothing to do with that. The one at Rocio’s was perfection. The Cecina was incredibly soft and very tasty. The plate was beautifully decorated and came with a big side of guacamole. 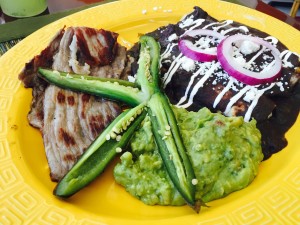 I was so impressed with this little unpretentious restaurant in the middle Bell Gardens. You can taste the love in the high-quality food that is being expedited from the kitchen and the welcoming staff would make you feel like you are in Mexico. I can’t wait to go back and try more dishes from their exciting menu.

Beers and Brats at Vegan Oktoberfest in DTLA