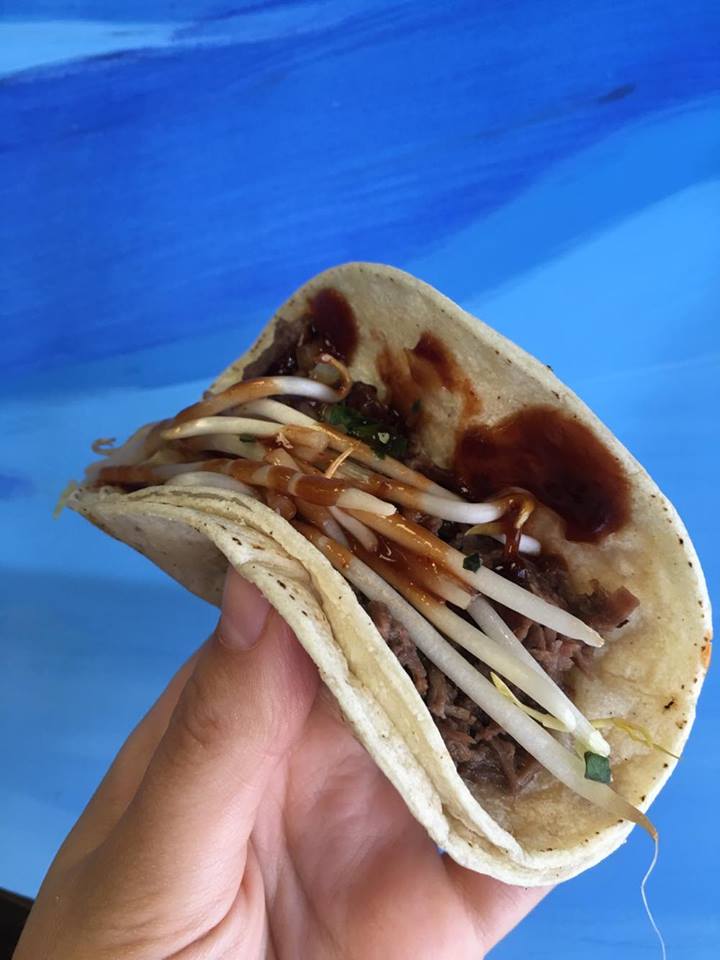 Tacos with an Asian Twist: Rakken Tacos in Commerce, CA

Are you in the mood for some yummy food? Let’s taco ’bout it!

Guys, I love puns just as much as I love food. I just had to get that out of the way. Ok! Now let’s begin.

Rakken Tacos is a very unassuming restaurant in the middle of a strip mall in Commerce. I admit, I had no idea how far Commerce was when I volunteered to go to a tasting here. But let me tell you, it was worth the drive. 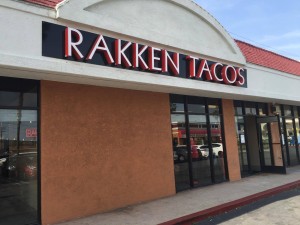 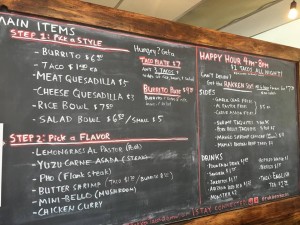 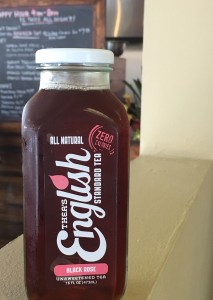 The décor is so cute. A large chalkboard with the menu items is the first thing you see when you walk in. There are beautifully stained wood trim, counter tops, and tables

As I approached the counter top, I was overwhelmed at what to try, so Ken, the owner, recommended that I have a little of everything. I did not argue. First, he encouraged me to try one of their teas, they are native to the east coast and are shipped in just for Rakken. They will soon have an exclusive west coast list of teas. I tried the black rose flavor. They are unsweetened, so it’s perfect for those who don’t want sugar overload. And there are no calories. Trust me; you’ll want to save that for the food.

After taking my order, Ken insisted I try the homemade jerky. His mother makes it especially for the restaurant. How cute is that? And it’s just as delicious. Not too tough and seasoned just right. I decided to look around while I waited for my order. A beautiful mural caught my eye at the other end of Rakken. 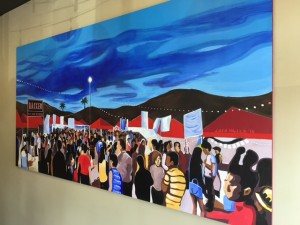 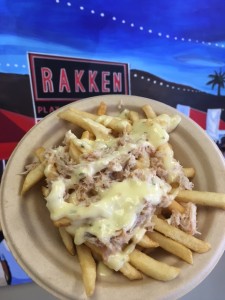 The rest of the walls were left simple, with the exception of the taco joint’s clever slogan on the adjoining wall that says, “Play hard. Eat harder.” Now for the food! First up, was the crab fries. Oh man, I could have easily filled up on these bad boys, but I showed restraint. Definitely a dish worth sharing. 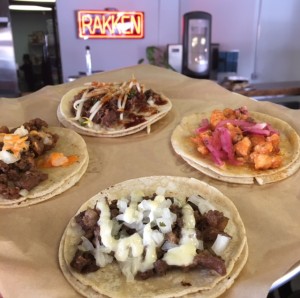 It’s hard to pick a favorite, but I have to say the Pho tacos were mine. It was such an interesting take on a taco and just the right amount of crunch. But, a close second was the butter shrimp taco. For dessert, I chose the Oreo churro with Vietnamese coffee drizzle. This is the stuff of angels. Rakken is a hip place and an easy drive from the east side of LA. I recommend making stopping here on your way to the casino, before a trip to the outlets, or just anytime you are hungry for a little something different. 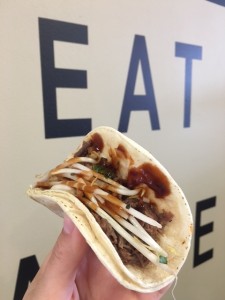 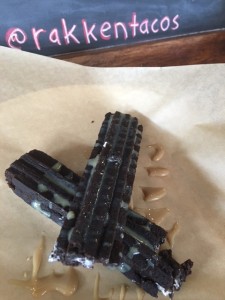 How To Poach An Egg Without Crying Or Calling Your Mother

Samantha is Bananas For Banana Water!

Left to my own devices I would most certainly live off microwave dinners and cereal. My backyard has a lime tree, though. And I make killer margaritas with them. That’s gotta count for some domestic goddess points. Am I right? My lack of culinary skill in the kitchen doesn’t change the fact that I love to eat. I’ll try anything. I’ve even grubbed on a grasshopper. It was covered in chocolate, but it COUNTS. I’m adventurous, darnit! I love diving in and sampling new things from different cultures. Extra points if I’m in the country the food is native to. Bonus points, if it’s paired with wine. I’m excited to explore LA and see what this city of mine has to feed me. Maybe I’ll even learn how to cook along the way.