ROW DTLA originated as the LA Terminal Market from 1917 to 1923 along the Southern Pacific Railroad. This was a major hub for produce across Southern California. Since then it has gone through “historically sensitive renovations” while maintaining an old-school elegance. Over 100 shops and restaurants will start to pop up in this district.

Smorgasburg LA will be open every Sunday, 10am-6pm. And you could easily spend all of those hours here!

Below are my favorite vendors: 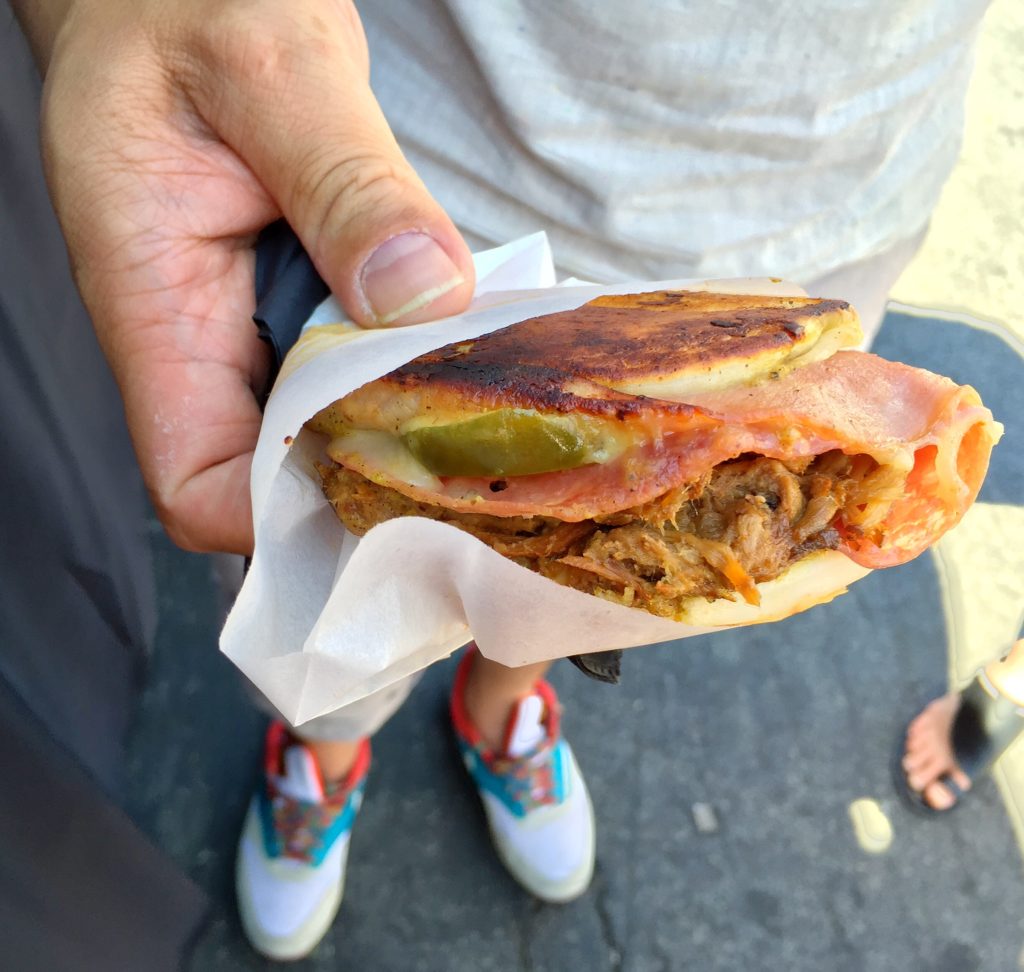 I fell in love with the CuBaoNo, a Cubano but with a bao bun instead of panini pressed toast. The bao bun is stuffed with citrus chasyu (pork belly), ham, swiss, pickles and spicy yuzu mustard. I can’t believe someone hasn’t thought of this sooner! I used to consider Cubanos to be overrated sandwiches, cause the toast would scrape and irritate the top of my mouth. No longer. This was a beautiful food find, hands down my favorite item there. 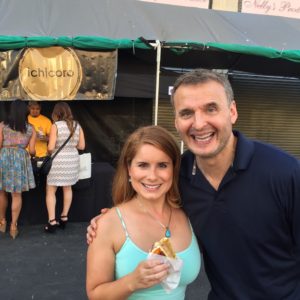 Fun fact: Phil Rosenthal of I’ll Have What Phil is Having was there. I got star-struck and asked for a picture with him. Which I’m usually way too embarrassed to do. He was so sweet to take one with me, and he forever has a fan in this Girl on Food! 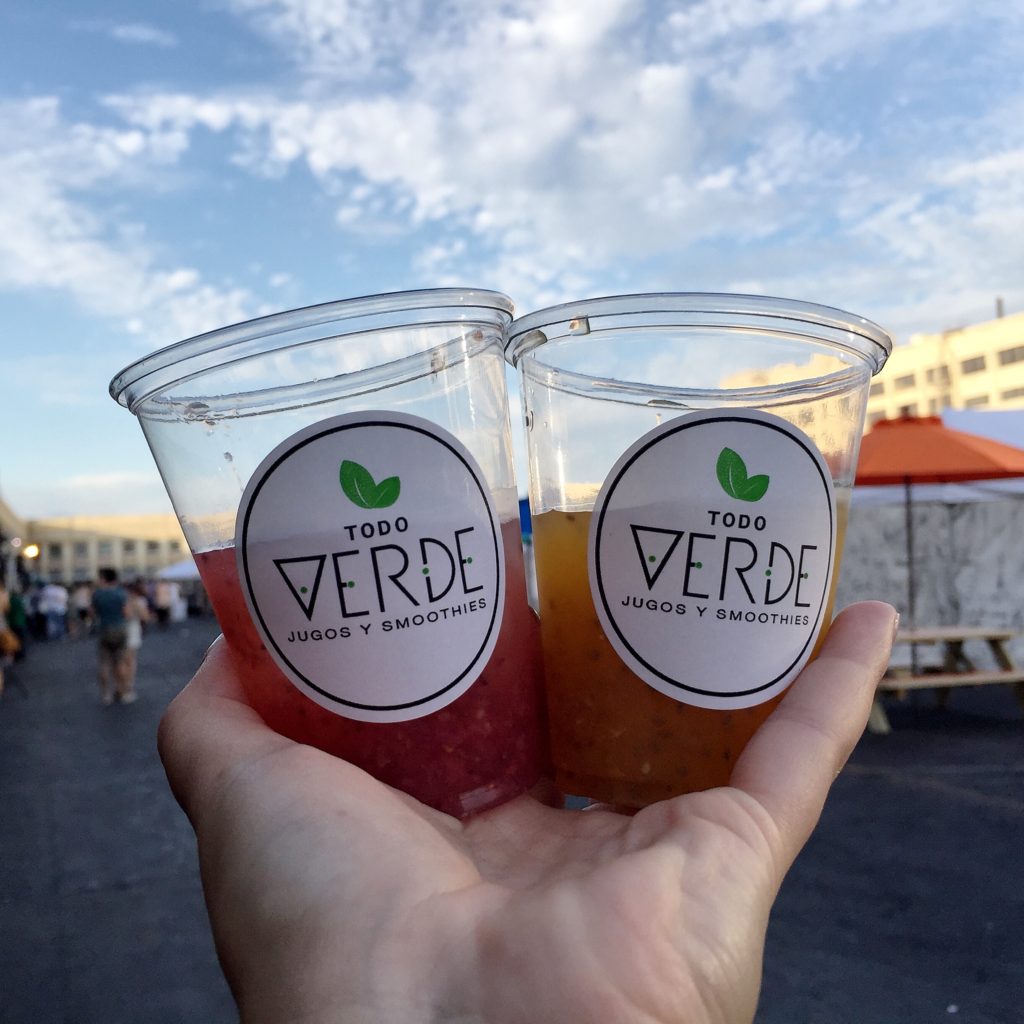 It was a hot afternoon and after some savory treats, we needed to quench our thirst. My favorite beverages there were the Todo Verde Agua Frescas. I tried two flavors:

They were both perfection, but if you held a gun to my head, I would choose the Naranjada. I loved the citrus and floral flavors together.

Todo Verde also gets high fives for being a female run business! Nothing like Girl Power! 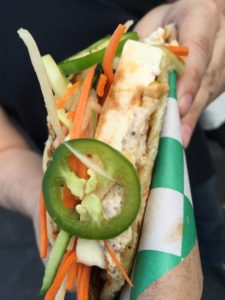 Have you ever tried a paratha taco before?

goa taco is an Indian take on tacos. Instead of the traditional tortilla shells, gao tacos uses paratha flatbread. This makes for a more flaky, croissant-like shell. The filling options range from Mexican, Indian and even Vietnamese influences.

To the left is the tofu banh mi taco, with shiitake mushroom pate, crunchy veggies, and peanuts. 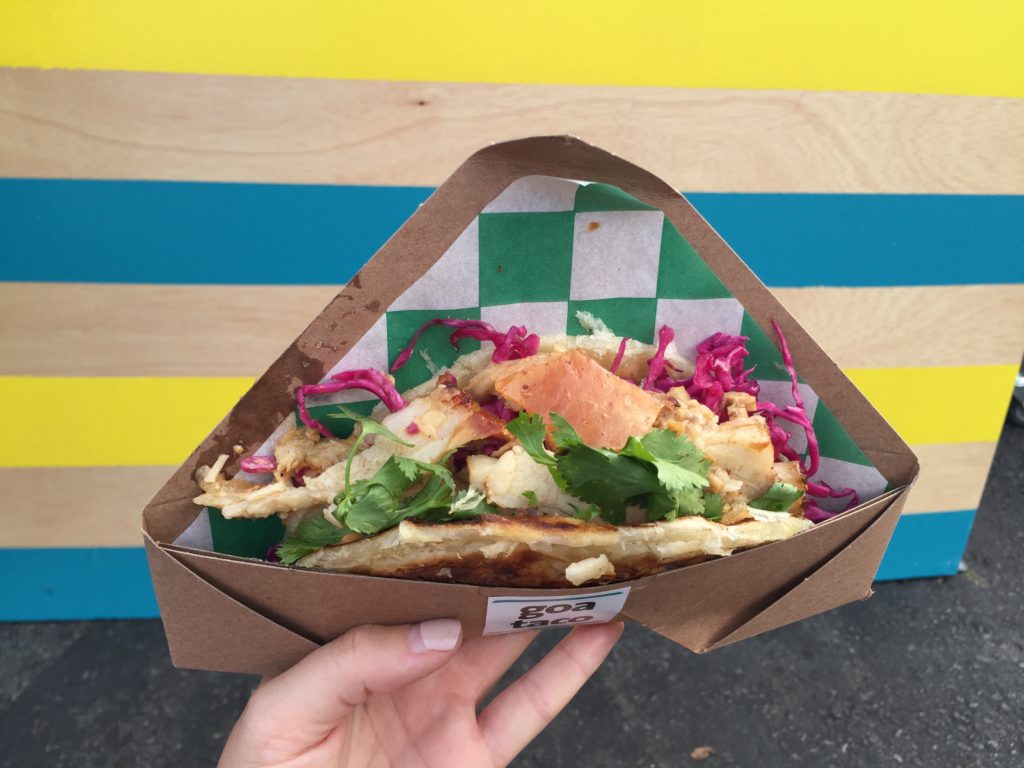 goa taco also created these cool cardboard boxes that hold the filling in better than traditional wax paper and tin foil. You just fold the top pointed flap back and chow down. 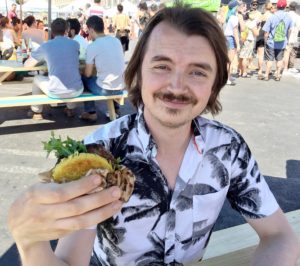 Ramen Burger is always a favorite of ours! The buns are made out of ramen noodles, and they hold together a juicy  shoyu-sauce glazed burger patty, arugula, and green onion.

It’s one of those “so strange, you gotta try it” except unlike a lot of novelty items, it’s a consistently great burger.

Look who I ran into! Our buddy Galen Howard of music video fame. He dug the burger just as much as I did. We also tried Bruce Tea, tao flavor, to cool off. So light and yummy. 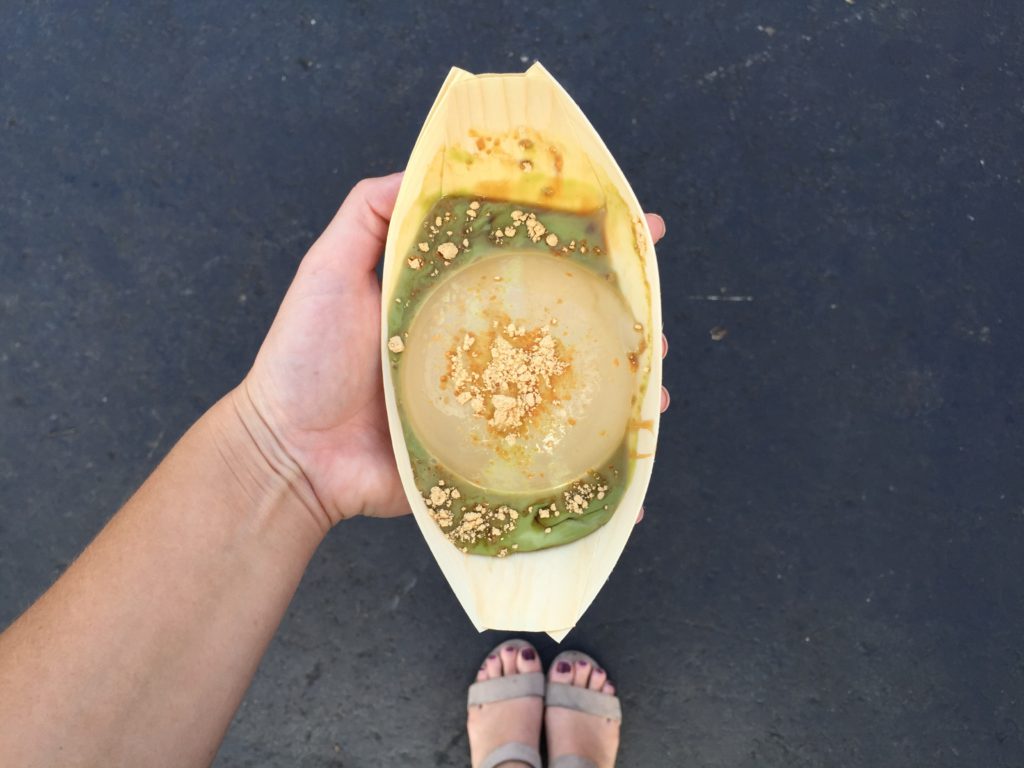 Here’s the thing about this beautiful, gelatinous dessert: the raindrop cake itself doesn’t actually have a standout flavor, it relies on the sauces to blend with it.

This was a funny vendor booth to observe. I noticed a lot of (dare I call this out?) white people (ooooh… I’m waiting for some hate mail) disappointed in this dish and saying it’s “tasteless.” I don’t think they realized you’re supposed to blend the sauces in with it.

Since I grew up with a Filipino Grandma, I was raised on halo-halo and other gelatinous/jelly based desserts that have a lighter flavor. I guess I just naturally knew what to expect.

I was torn on what flavor to try, so they recommended I get mine “animal style,” a mix of both flavors: Black sugar cane and green tea match. It’s a lighter treat which I appreciate- just don’t go into it expecting a standard slice of cake. 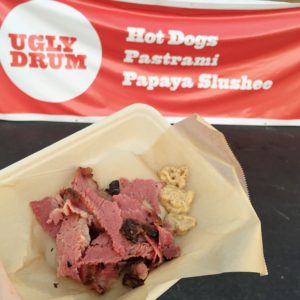 I finally hit that part of the day where I couldn’t load on carbs anymore. So I had the lovely folks at Ugly Drum serve me a single portion of their pastrami with a little mustard to dip it in.

Perfect decision. Their pastrami is so meaty with that perfect fat to meat ratio.

The papaya slushee is also a great quencher. It’s tart, fruity and icy which really hits the spot! 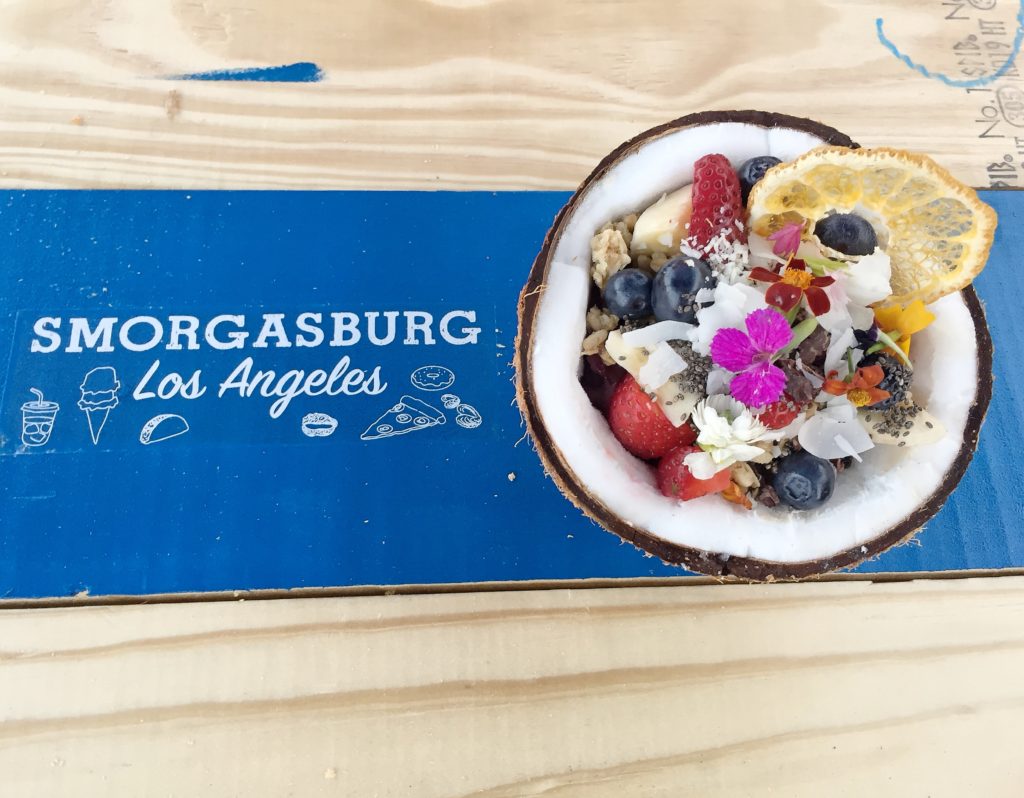 I predicted this pretty treat would have the longest line, and I was correct- but it was worth the wait. I got the Instagram-ready Coconut Bowl, a half coconut filled with acai, granola, banana, strawberries and blueberries. Topped with shaved coconut, chia seeds, edible flowers and a dehydrated lemon. This was the perfect way to end the night. Chill and refreshed.

Check out a full video of the event here:

I’ll probably be here every Sunday from now on. I hope to see you there!