Tucked away in an unassuming Henderson, NV Strip mall, (not nearly as cool as Diagon Alley) you can find a little bit of magic – Bad Owl Coffee. 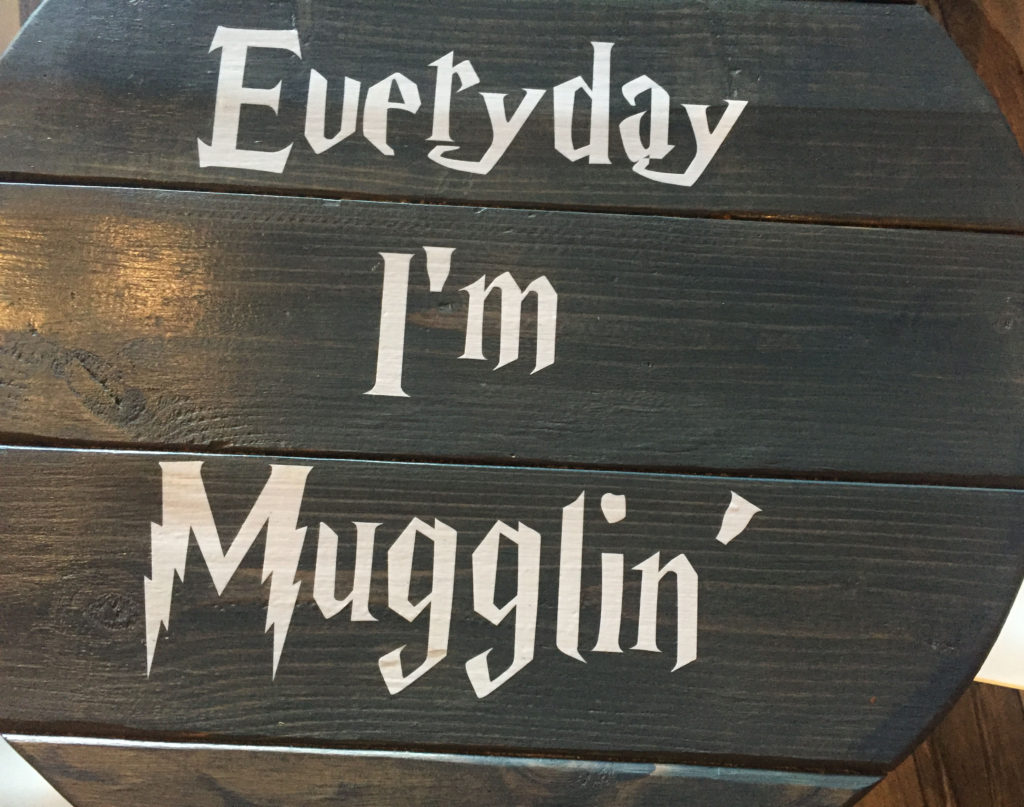 In addition to drinks, they offer sandwiches and an assortment of pastries, but I was there for the coffee! I recommend the Butter Brew, with a shot of espresso added – delicious! When they ask for my name for my order, I can’t resist giving them my favorite character’s name, Minerva (I don’t care what that Sorting Hat says, I am a Gryffindor!) If you aren’t a butterscotch fan, the pistachio latte is also very good.

My first visit here was shortly after they opened, and the line was literally out the door! While the crowds have calmed down a little bit, it’s still a favorite hangout spot, and for a good reason! Not only are the drinks delicious, but the staff is also friendly, and of course the décor is awesome! 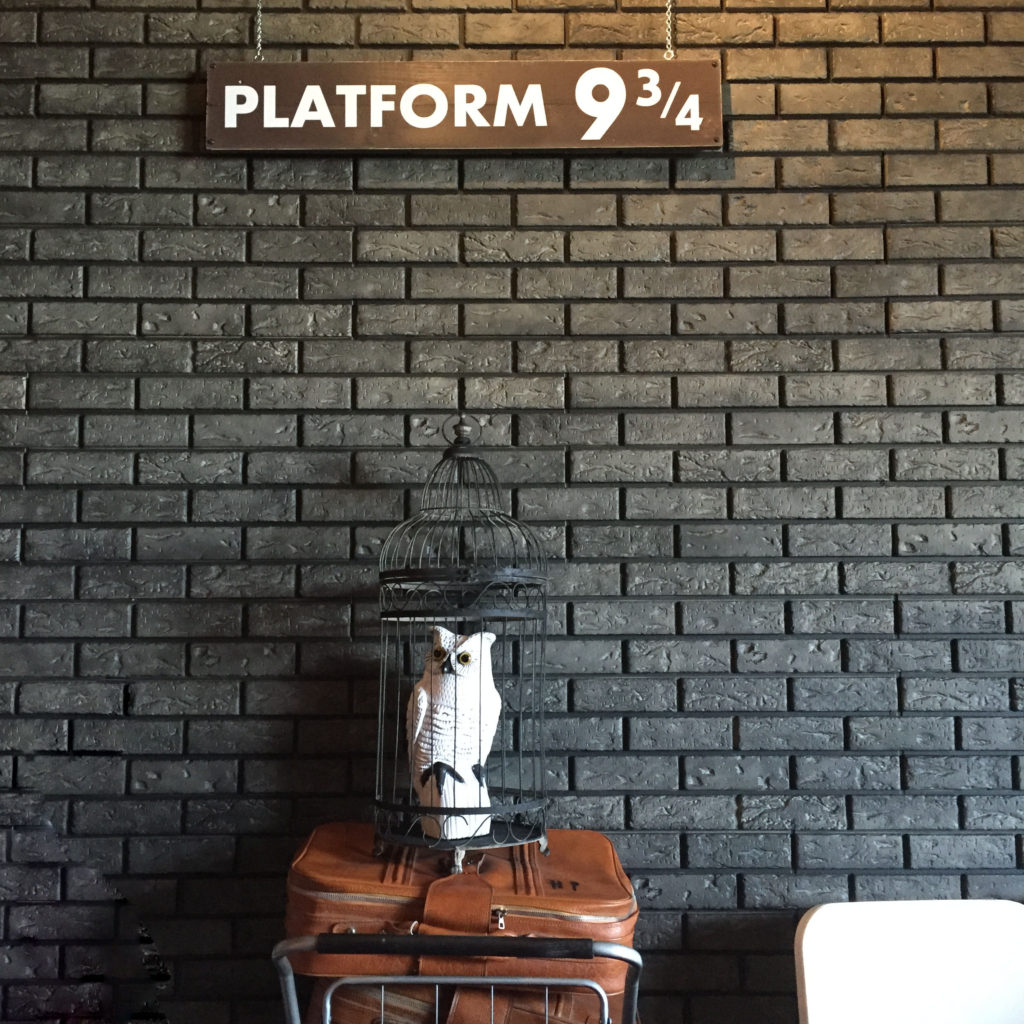 Each table is stenciled with different Hogwarts themed sayings or a signpost points to different locations within the wizardly world. A (faux) owl, rests in a cage on a stack of suitcases, and brick and wooden panels line the walls, giving the feel of somewhere far away from neon lights and concrete (Bad Owl is located about 12 miles from the Las Vegas Strip.)

The Events section of their website is empty, so check out their Facebook page, as they frequently host fun events such as board game nights, and even Harry Potter themed improv.

If you are looking for a unique coffee house experience, Bad Owl Coffee casts a delicious spell even “he who must not be named” could resist, so Slyther-in and try it for yourself!