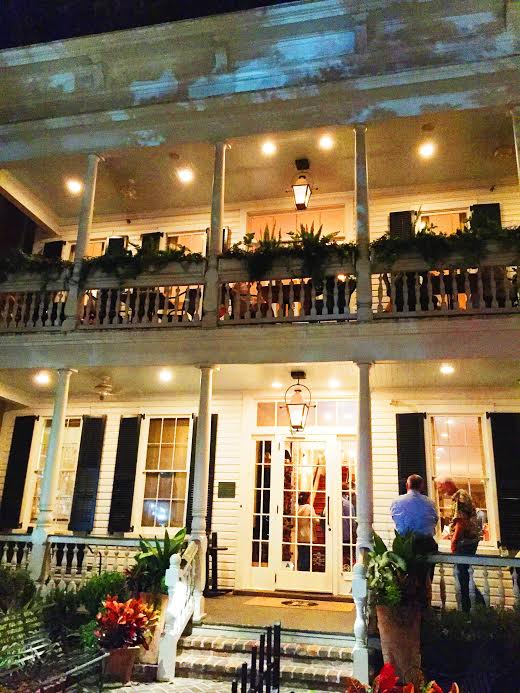 A Fatboi in South Carolina

This past September, Fatboi Jess moonlighted as a country bumpkin and embarked on a mini vaca to South Carolina.

Boone Hall Plantation (they filmed part of The Notebook here!)

Poogan’s Porch, one of Charleston’s oldest independent culinary establishments. The name comes from the pup Poogan that stayed behind when the home was sold and turned into a restaurant. Ole Poogan served as the official greeter before his passing in 1979.

Mac & Cheese with country ham and aged smoked gouda, bold, savory flavor. This was just the beginning of my mac & cheese journey as I ordered some each day.

Charleston Farmers Market in Marion Square every Saturday from 8am-2pm April through December, with over 100 local vendors!

My personal favorite flavor, they taste just like a cinnamon roll!

Pulled Pork Sandwich, there’s nothing quite like authentic Southern BBQ!

If you don’t smother your hush puppy in mac & cheese, you’re doing it wrong.

Callie’s Hot Little Biscuit, they ship nationwide if you’re in need of that Southern comfort

Not your average s’mores bar with a cold block of chocolate sandwich between a toasted marshmallow and a thick graham cracker. Cold chocolate is the way to go.

I can’t report too much here on account of the jalapeño margaritas and a failed attempt at initiating a dance off with a bachelor party.

We stumbled upon the Savannah Bee Company tucked away in the King Street Shopping District, where they offer mead tastings. Mead is the oldest alcoholic beverage made by fermenting honey with water and fruits, grains, hops, or spices. While you won’t ever find me ordering rounds of mead at the club, it was a great experience tasting the different types and learning about its rich history.

Closing Thoughts: “If I lived down here I would most definitely end up on my 600-pound life.”