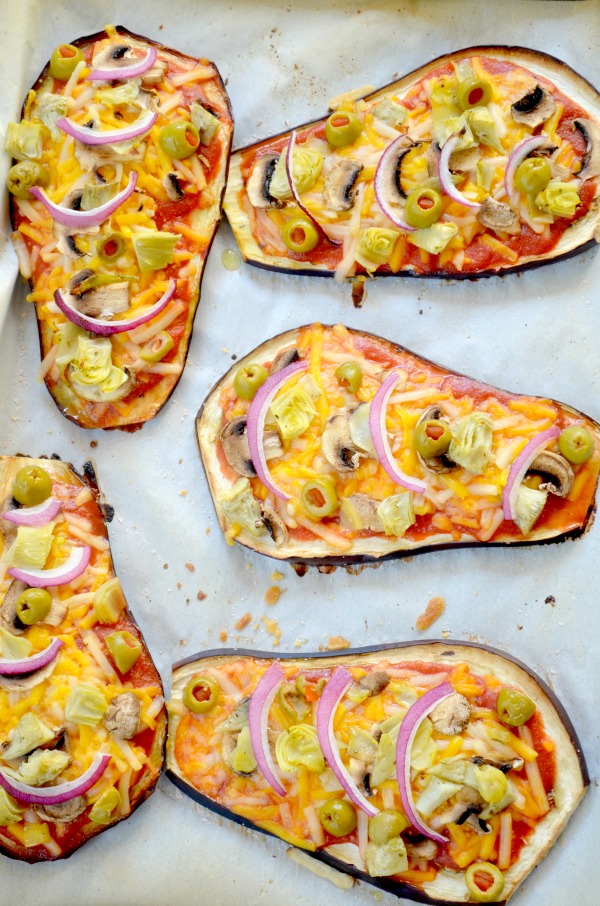 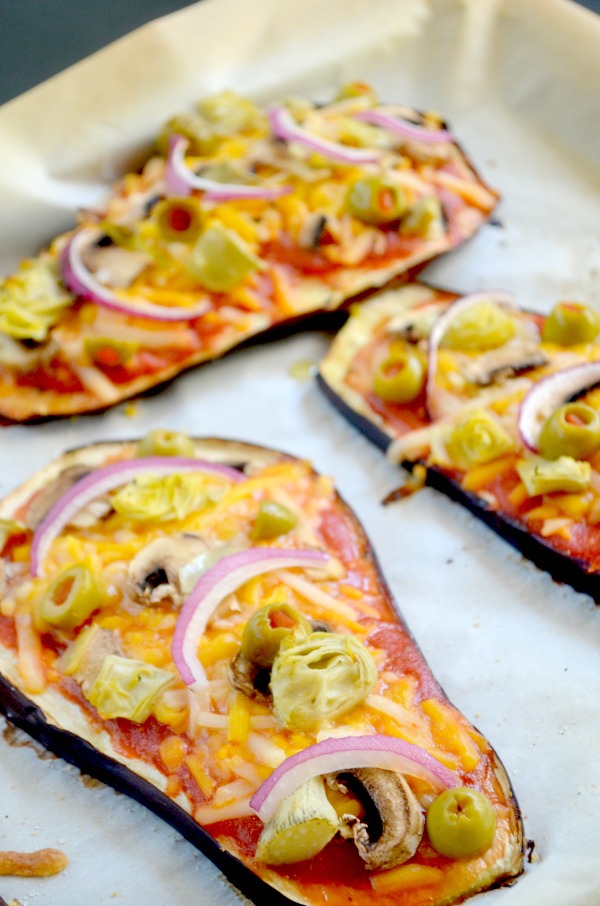 I discovered eggplant pizza the other day as I was scrolling through Instagram and saw an amazing photo by a vegan food blogger. The recipe looked super easy, which was perfect because I was wanting to make pizza with a homemade sweet potato crust and that recipe was more involved than I had hoped for.

This recipe is vegan and naturally gluten free, with juicy eggplant, savory tomato sauce, melty vegan cheese shreds, mushrooms, olives, artichoke hearts and red onion. A much healthier version of pizza but just as delicious. Whoever came up with the idea for eggplant pizza is a genius ??

Ingredients You Will Need: 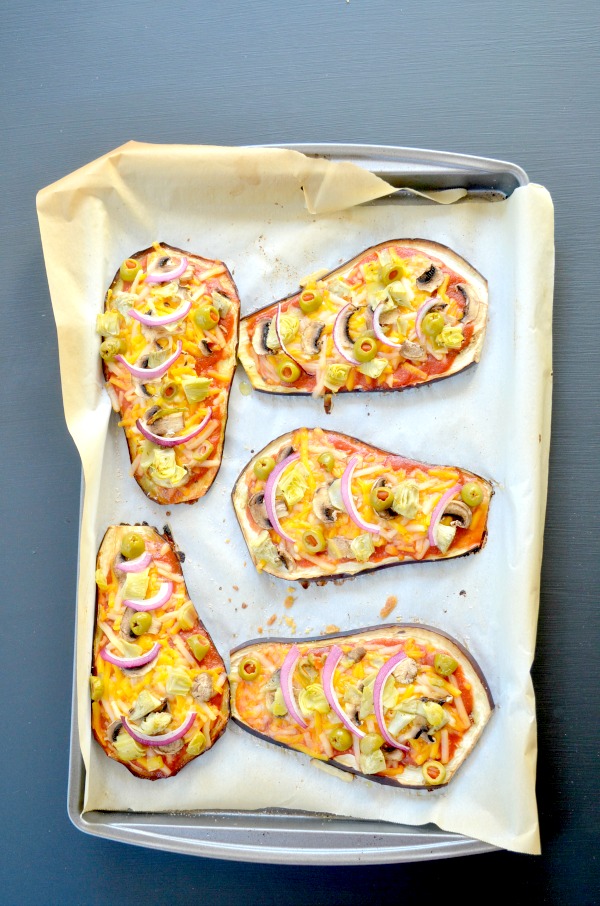 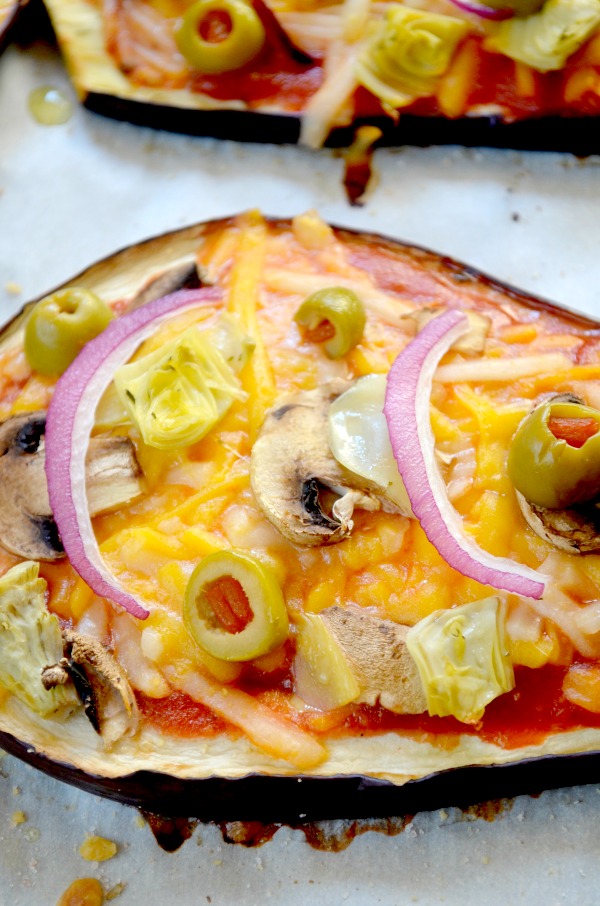 I’ve only made this recipe once, but we’re already in a committed relationship ? I know it will be my new go-to whenever I’m craving pizza. Regular vegan pizza doesn’t actually fill me up for very long, but eating this eggplant pizza for lunch left me so full that I didn’t eat dinner until 9 pm!

This is a great meal for getting in all those veggies your body needs while also being freaking delicious. Well done, eggplant pizza, well done.

A Fatboi in South Carolina