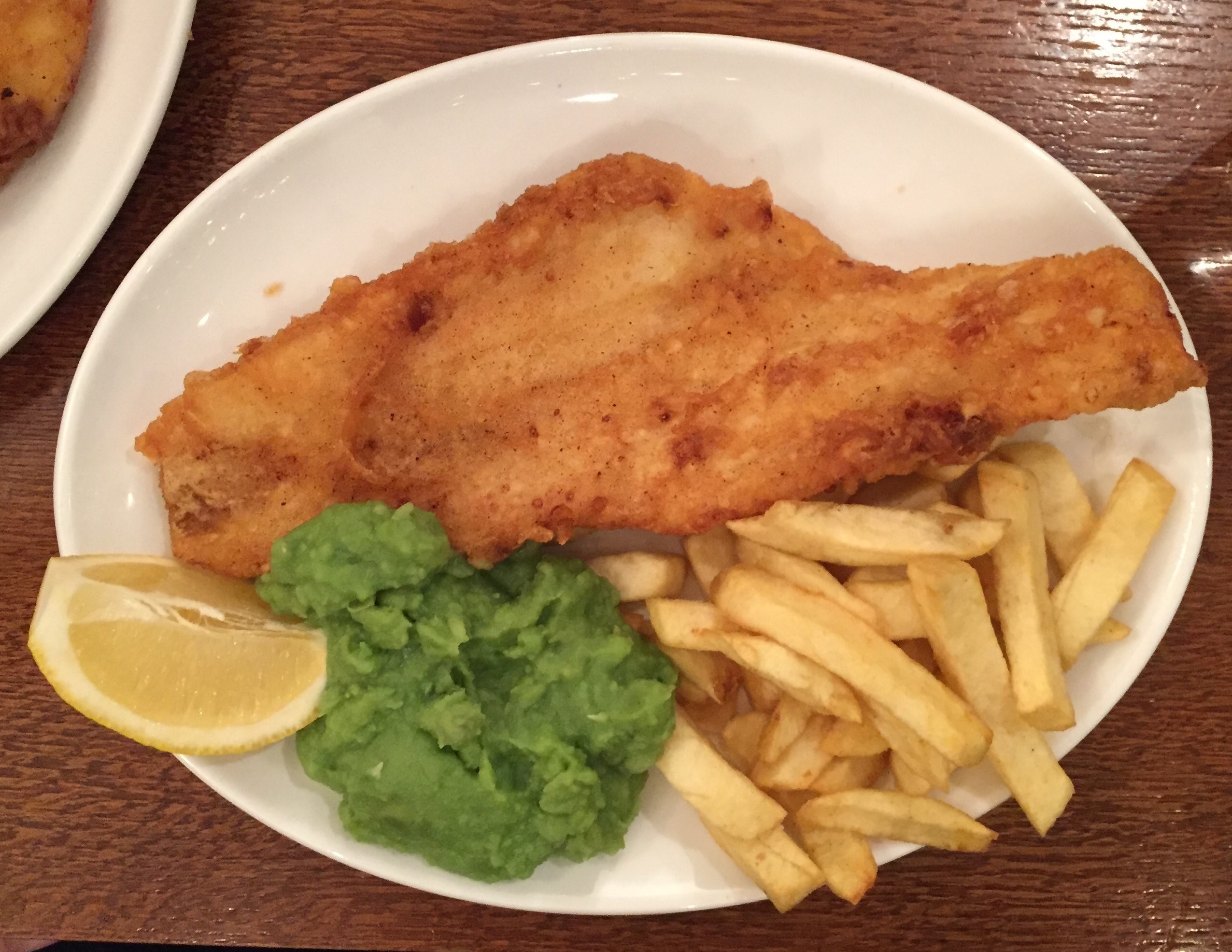 Fish and Chips Over the Pond 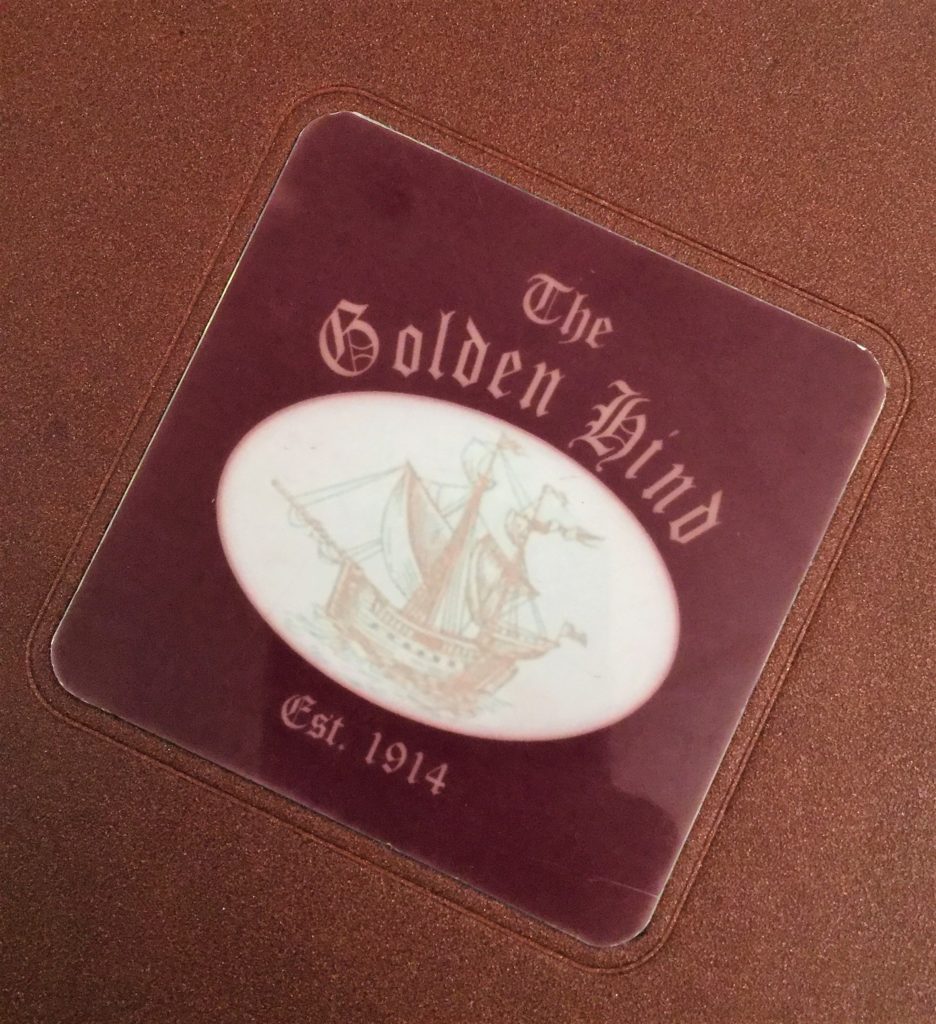 On a recent trip to London I had the opportunity to eat…a lot. One dish I HAD to try while I was there were the fish and chips. Though it is served everywhere, it isn’t edible everywhere. So I researched all the recommendations and ate more than my fair share but one stood above the rest. Drum roll please….

The restaurant had a diner feel with a comfy, no-frills atmosphere. The menu was what you would expect: fish and chips. What I wasn’t expecting were the choices. You could order cod or haddock and have it fried or steamed. They also offered cod fishcakes, salmon, plaice and skate.

First up was the classic fried cod with mushy peas and chips. This was giant piece of fish that was perfectly breaded with no pockets of nothingness (I hate biting into a piece of empty breading!). I feel like I am getting the old bait and switch – pun intended. The fish was really yummy on its own but much better with a drizzle of malt vinegar or a dollop of tartar sauce. Yes, I did them both. Had to. Just HAD to. I was a little skeptical about the mushy peas. I kept picturing a jar of Gerber baby food. Well, I am glad I put contempt aside and gave them a try. They were the consistency of mashed potatoes, and tasted like peas but so much more. There was  savory, comforting taste to them. The chips were large like the steak fries we get here in the states. Crisp on the outside but soft and tasty on the inside. 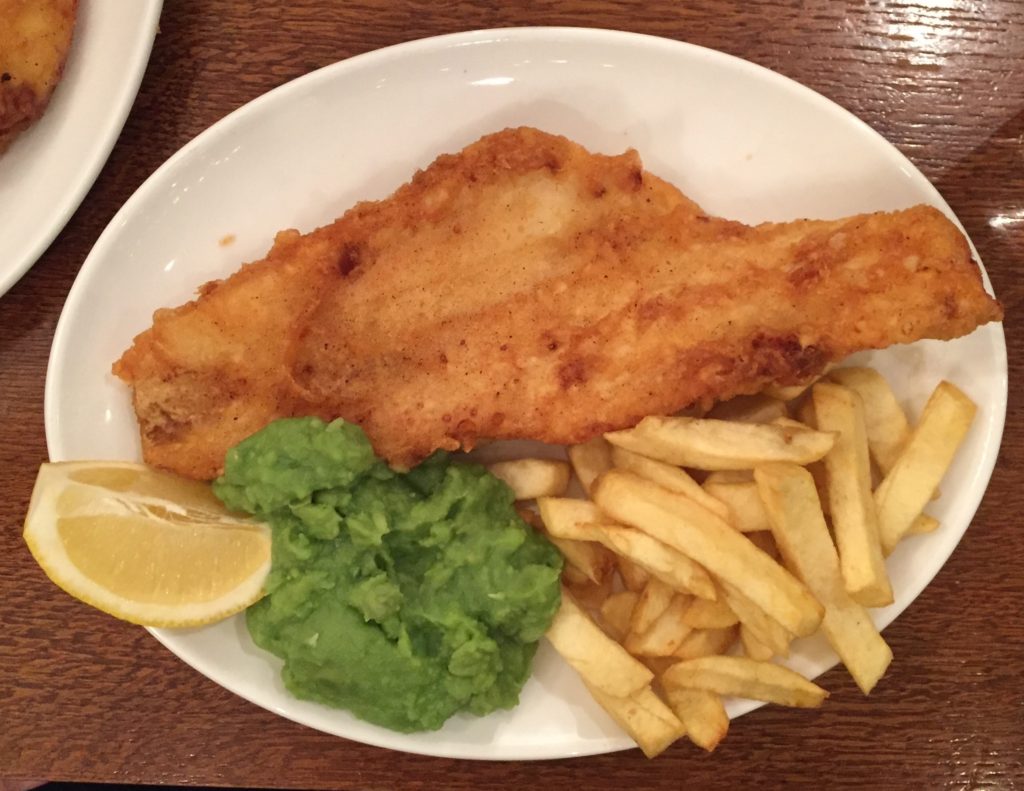 Next up was a healthier option. When my daughter ordered the salmon and green peas I looked at her like she had just ordered a hamburger at a steakhouse.  WHAT? Oh well, choose your battles right? I was almost jealous when it arrived. The salmon was cooked perfectly and seasoned in a way that allowed the salmon to steal the show. And those peas! Sweet and mellow little bubbles of goodness. 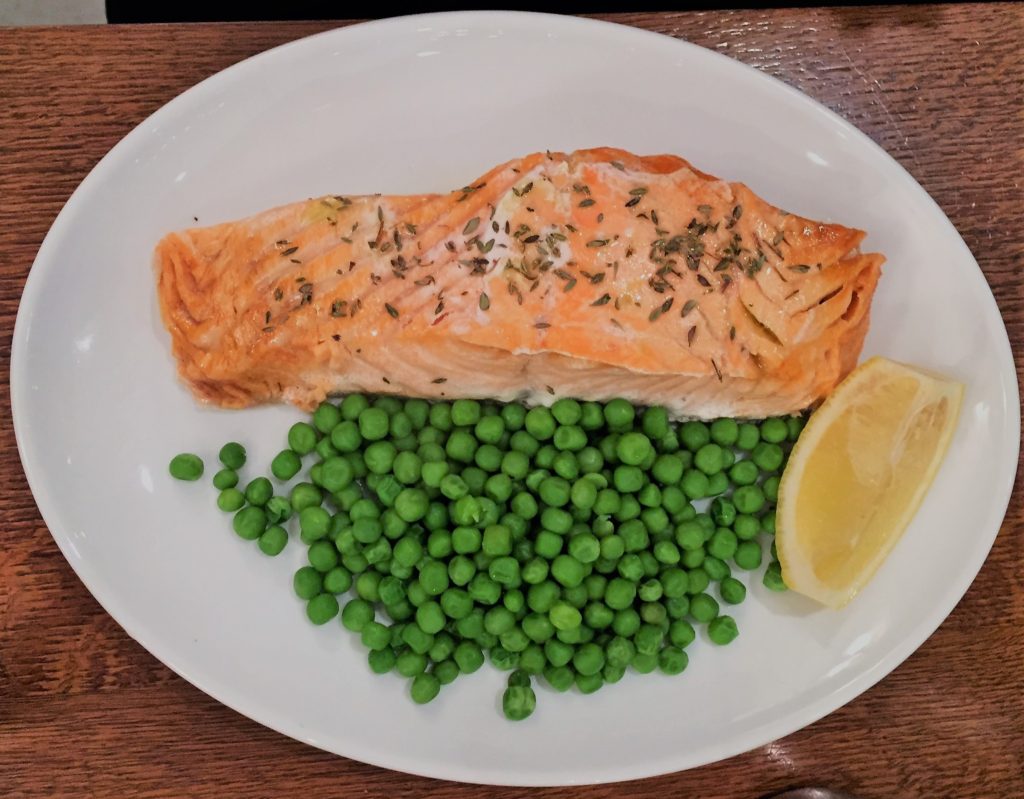 Great meal for a great price. If you are ever in London I say get your hind over to the Golden Hind for some fish and chips.