What better way to spend a beautiful spring Sunday in Downtown Los Angeles than sipping on a craft beer and browsing dozens of local vendors and crafts? Up on the 13th floor of the California Market Center, you can do just that at the Artisanal LA Spring Market! I honestly wasn’t quite sure what the event was going to be like, but I can’t wait for them to host another. 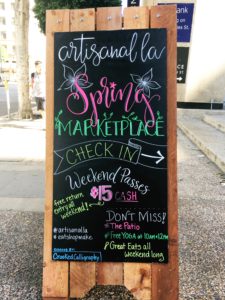 The highlight for me, as always, is the booze. They featured three craft breweries as well as two craft spirit producers 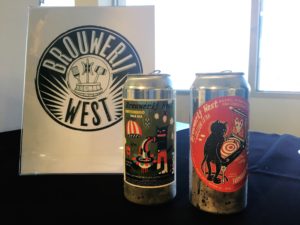 and a cocktail mixer and not a single one disappointed. Breweries featured Sunday were Brouwerji West, Cellardor Ales, and Three Weavers Brewing. Each was unique in what they brought to the table and the folks representing them were so knowledgeable and friendly. Brouwerji West was tasting their saison, which is naturally fermented in the can (!!!) and oh so tasty. They’ve also jumped in on the haze craze and had a fantastic experimental hazy pale ale. Cellador Ales had two different wine barrel aged beers, which were unique and extremely well done. Their focus on barrel aged beers is a breath of fresh air in what can feel like a market sometimes crowded by typical styles and trends, and they do these beer extremely well. 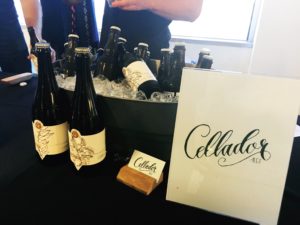 Three Weavers brought their fan favorite Expatriate IPA which I had somehow never tried but loved. They also had their beer from the Pink Boots Society’s Big Boots Brew, which is an annual brewing done at breweries across the world to celebrate women in the beer industry. It was a wonderful sampling of different beers that are from right here in Southern California, and really drove home the fact LA has a fantastic beer community. 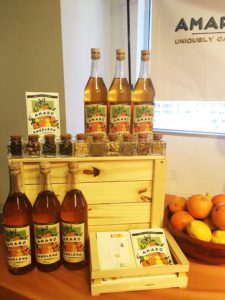 Ventura Spirits and Amaro Angeleno were both there as well serving up delicious cocktails. Ventura Spirits has perhaps the most unique Vodka I’ve ever had- made from Ventura county strawberries! They also had a strawberry brandy, gin, and a prickly pear liquor, none of which disappointed, and the gin cocktails they were serving up were perfect for a sunny spring day. Amaro Angeleno is a local producer of Amaro, an Italian liqueur that is commonly drank after a meal or in cocktails. Amaro often feels like an “old man” drink to me, but this stuff really blew me away. Both on it’s own and in a cocktails it was extremely drinkable, and I’ve got plans to grab a bottle soon since I know it would be a hit with my friends. 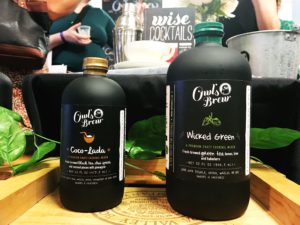 The Owl’s Brew way also there, serving up their tea based cocktail mixer. At first the idea of a tea cocktail mixer seemed odd to me, but one taste and I was a convert. They have five different flavors, my favorite of which was the Wicked Green made with green tea, lemon, lime, and habenero peppers. If you’re looking for an alternative to a jalapeno margarita, this is it! 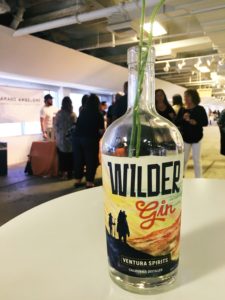 In addition to the beer and liquor vendors, there were dozens of delicious food vendors. Favorites of mine included Tiny Glacier, Infinity Sauce, and Chimichurri Sauce. They had three different chocolatiers featuring flights of single origin chocolate. If you’ve never tried chocolates with different bean sources side by side, you are missing out. It was an eye opening experience for me to see the way it impacts flavor!

If you want to know more about these breweries, distilleries, and vendors check out their websites. And next time Artisanal LA is hosting an event make sure you head out and enjoy the market!