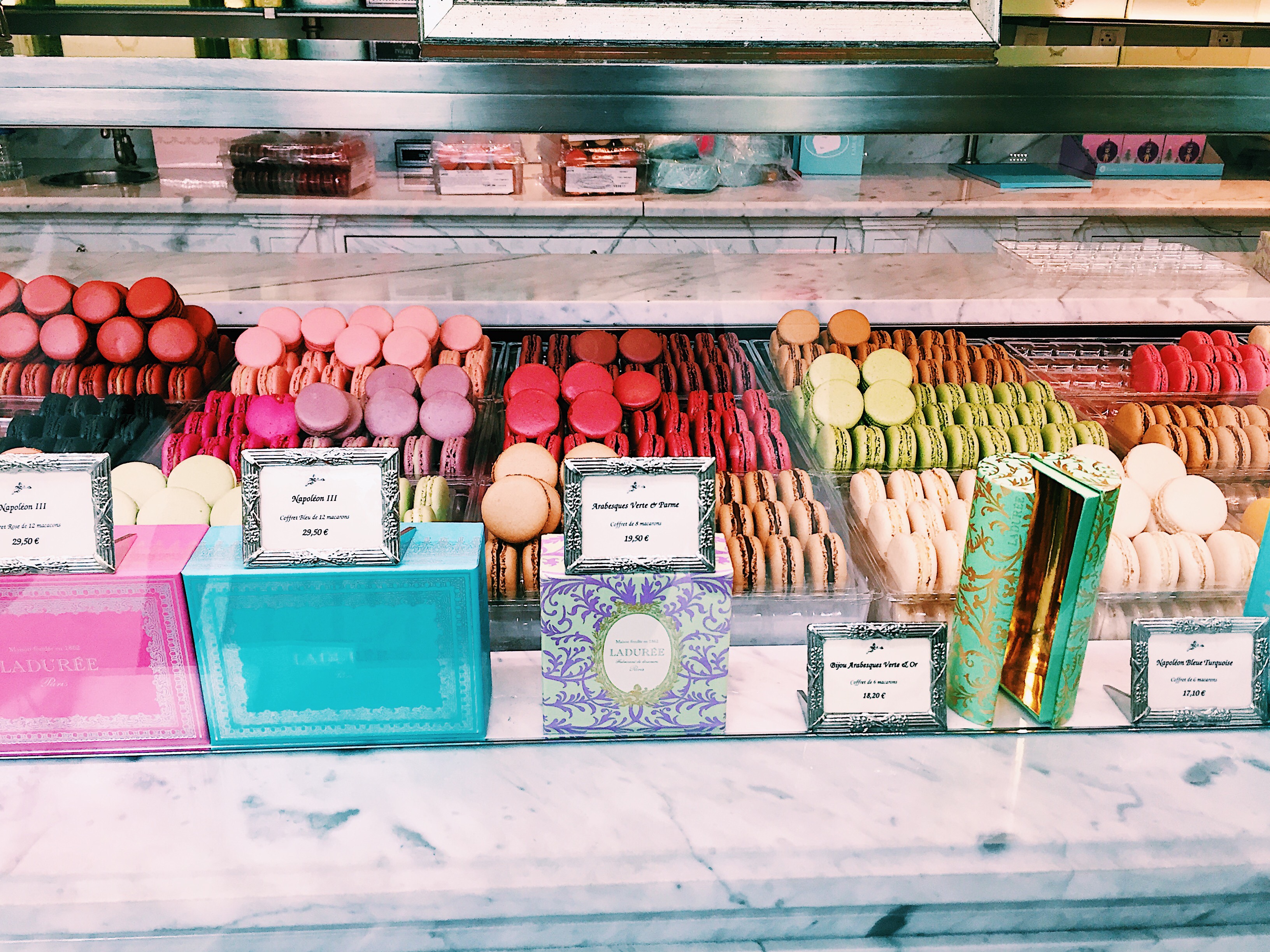 Can-Can Fatbois Eat All of France?

This May, the Fatbois were STAYIN’ IN PARIS (s/o to The Chainsmokers, more specifically, Drew) TO GET AWAY FROM OUR PARENTS (like… sort of… we still live at home… don’t judge). As we embarked, baguettes, blocks of cheese, and croissants can-canned through our heads.

Upon arrival to our hotel, Opera-Daunou, we ditched our luggage and ventured out into the city. We stumbled onto La Colombe, a cozy café, located on 2 Rue de la Paix. We were greeted by the friendliest staff, who excused my pathetic attempts at speaking French. One thing we’ve noticed is that Europe does coffee very differently from the states. It is typically stronger, poured into a smaller serving. Discovering the equivalent to our medium Dunkin iced coffees became a series of trial and error. The key to success is to order either a café au lait or a café americano. We topped off our café with chocolate-filled croissants, which easily became an everyday staple.

Our touristy explorations led us to a Ferris wheel upon which we were able to scope out a nearby crêpe stand. You can basically stop at any crêpe stand and walk away with a quality crêpe. I chose a Nutella banana crêpe, while Fatboi Christie opted for the savory variety with cheese.

The crêpes blew every other American rendition out of the water. Later that evening, we decided to check out the scene surrounding our hotel. Conveniently located across the street at 5 Rue Daunou is Earth’K Tapas & Cocktails. For 36 euros we indulged in the Grand Assortiment de Tapas which included guacamole, rillette de thon, tapenade, brochettes de poulet, bruschettas tomates mozza, chorizo saucisson fuet, comté, cantal, saucisson sec de montagne, and patates chorizo.

We also threw in a charcuterie board because why not.

We eagerly devoured the spread, fueling ourselves for a night out on the town after a long day of travel. My suggestion would be to stop here for happy hour and move on. Their drink menu is trendy with refreshing concoctions; pictured here is the Green Poppy.

Steps away from Opera-Daunou and Earth’K stands Le Sherwood, a lively gem of a jazz piano bar, featuring live music from dusk ’til dawn. The band gave enthralling performances including a remix of Britney Spears and a cover of “Seven Nation Army.” The charismatic singer/pianist reminded us of Ryan Gosling’s character in La La Land, bringing incredible talent to quaint venues. We happily sipped our cocktails and swayed to the music, cementing the night as our tipsiest of all our Eurotrip.

Battling gnarly hangovers the next morning, we needed the greasiest, most artery-clogging cuisine we could get our hands on. We found just that at the Frog Hop House on 10 Rue des Capucines. An “American BBQ & Soul Food” joint, we decided to put their barbecue to the test. To kick things off we ordered the Loaded Fries smothered in pulled pork, cheddar cheese, jalapeños, white onions, and scallions.

This dish was hands down one of our favorites from France. For the main course I went with the Pulled Pork Burger topped with their signature coleslaw and barbecue sauce.

Overall Frog Hop made a good attempt, but it couldn’t compete with authentic American BBQ. We finished dinner just in time to make our City Wonders tour which included a champagne cruise on the Seine River at sunset, complete with a tour of the Eiffel Tower.

If you’re going to book any tour in France we highly recommend City Wonders. Our tour guide Ferret (Farrod?) brought so much humor and liveliness that we wished he could be our personal tour guide for the duration of our stay. Conquering our knee-buckling fear of heights, we ascended to the tip top of the Eiffel to enjoy the breathtaking views of the city. Of course, we had to feature their adorable sculptures made entirely of macarons.

Later that evening we had a hankering for sushi and decided to see how the French do it. A few Yelp searches and we found ourselves at C’Roll Sushi on 156 Rue Saint-Martin. We were impressed by the extensive choices at hand, I went with the Hawaiian Roll and the Caterpillar Roll.

The Hawaiian Roll has surimi, avocado, and cucumber on the inside with crunchy flakes and special sauce on the outside. The Caterpillar Roll is surimi and avocado wrapped up in grilled eel, avocado, and eel sauce. Given our food journey thus far I was skeptical, but I was blown away by the unique flavors and overall quality of each roll. Fun Fact: The results of France’s 2017 Presidential Election were announced while we were at this restaurant. At 8pm we could hear crowds cheering from the bar down the street. On the cab ride back to our hotel we spotted residents waving French flags and were humbled to be in this city during this historic moment.

Politics aside, our trip was coming to an end and I had yet to fulfill my bucket list item — trying macarons from Ladurée in Paris. I did one better by dropping 50+ euros and ordering at least one of each flavor, from lavender to chocolate caramel, and in between. It was clear to see just how marketable Ladurée is as a brand. Every order is prepared with care, each ornate box done up in daintily in ribbons.

This vacation is certainly one we won’t soon forget! *Special thanks to my French teachers from 3rd grade through sophomore year of college; you made our navigation through Paris and Versailles possible.