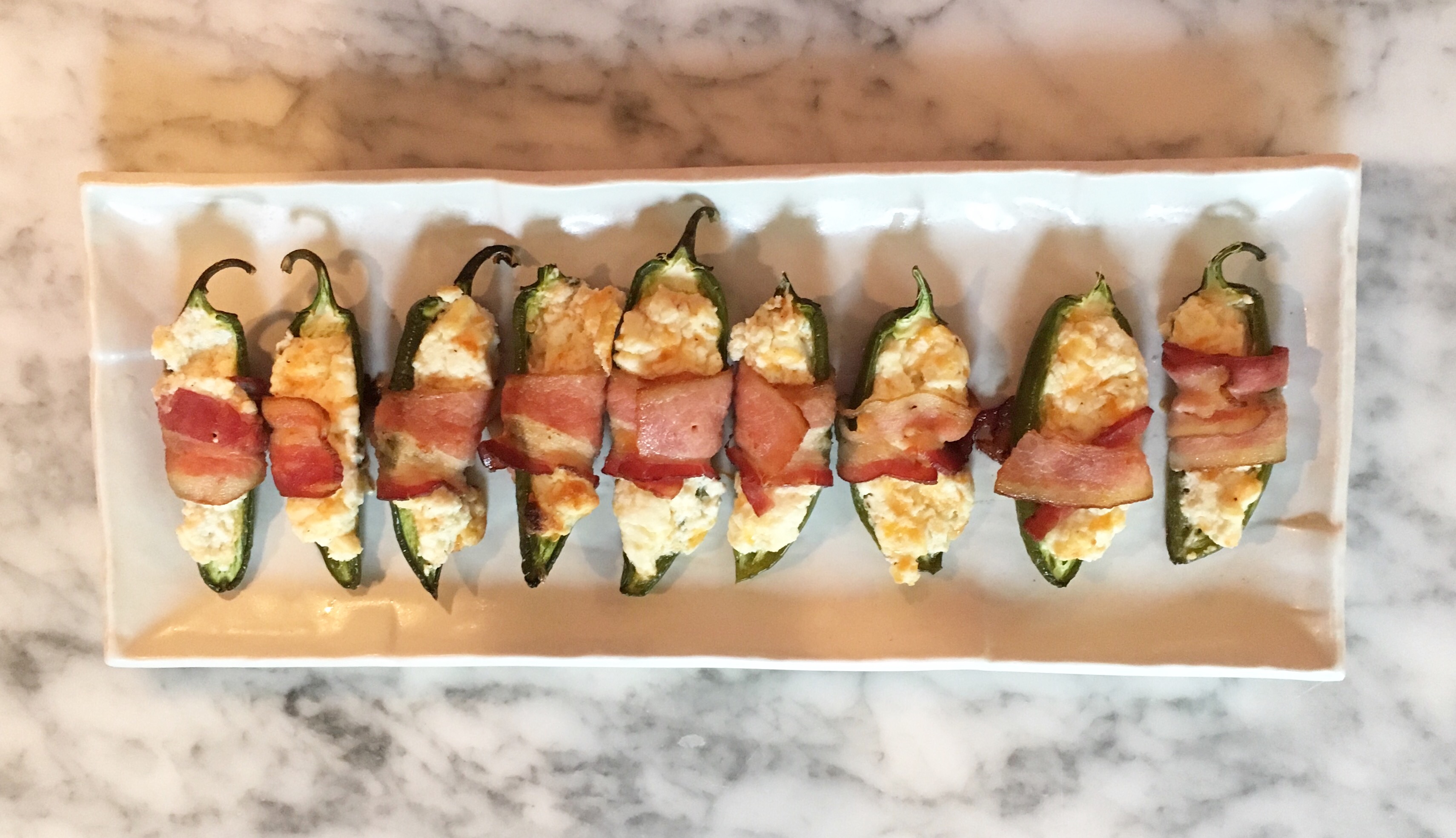 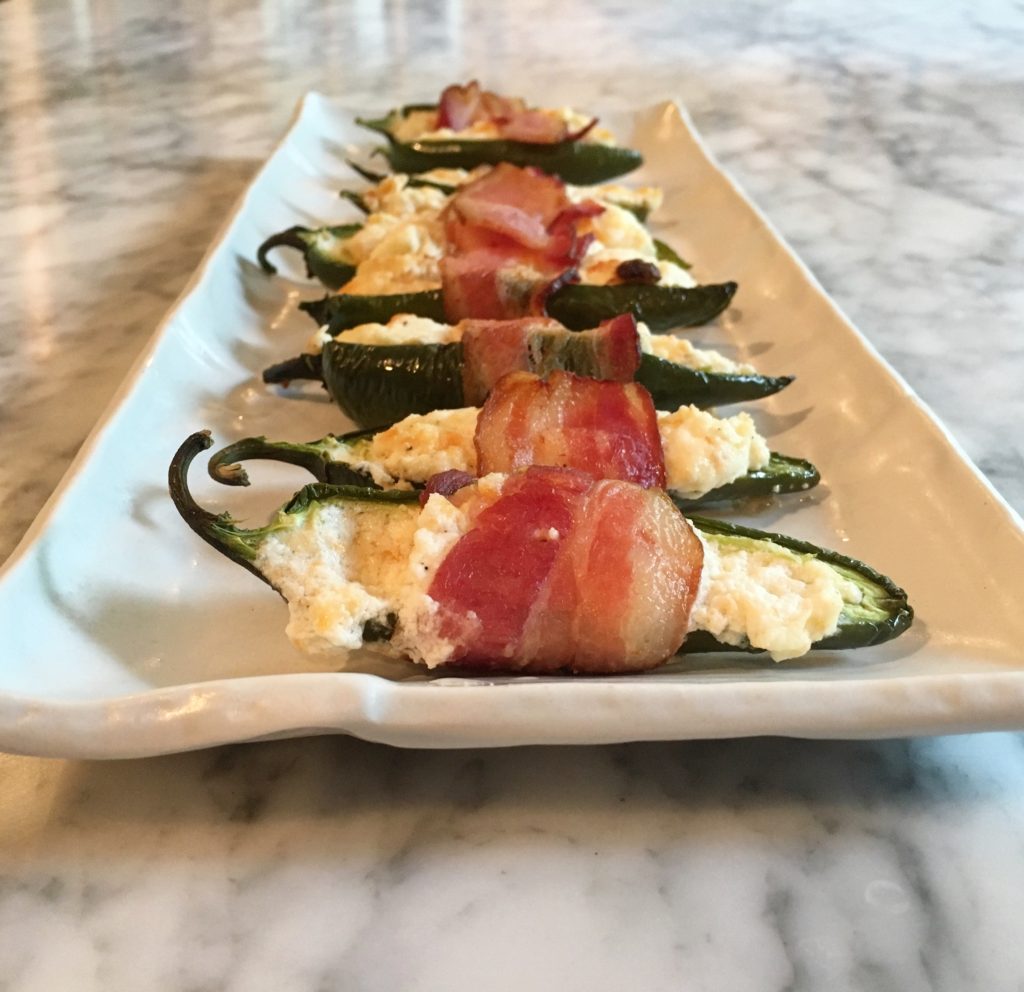 It’s National Bacon Day! Actually, there has been some confusion about when National Bacon Day actually is, and after some research (Googling, really) we’ve come to the conclusion that bacon is so ridiculously awesome that you can celebrate it today, and September 2nd, and December 30th. How cool is that? But back to the task at hand: (first) National Bacon Day!

The first college football games are a few short days away. What better way to celebrate this porky food holiday than with this delicious take on the classic jalapeño popper? No need to pull out the greasy deep fryer; these spicy, salty, cheesy bites of goodness are baked in the oven. 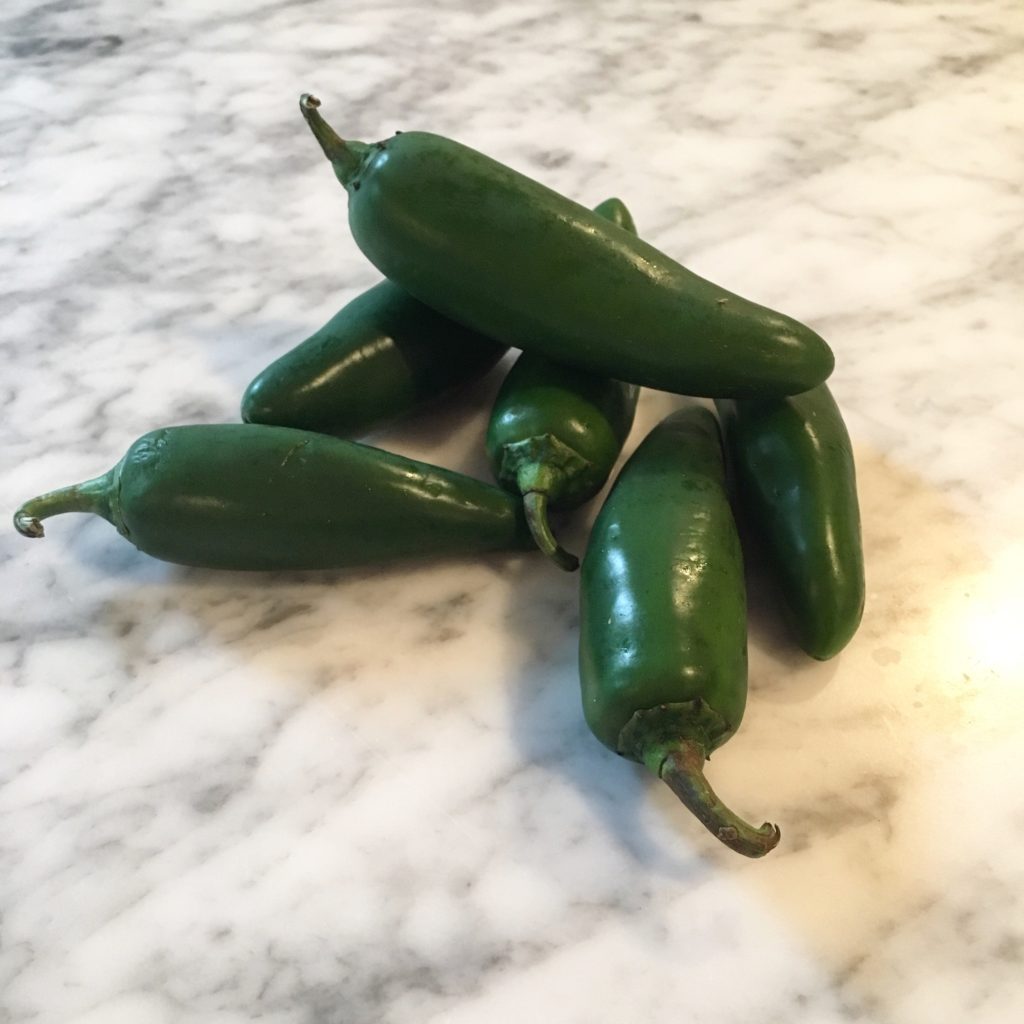 These really couldn’t be easier. If you have a big crowd (perhaps for the games this weekend), double, triple, or quadruple the recipe. They won’t last long, I promise.

When shopping for the peppers, select ones that are only two to three inches long. Make sure they are smooth and free of blemishes. To make the poppers, slice each pepper lengthwise. Stuff each with a mixture of cream cheese, goat cheese, and shredded Colby Jack (you could use Cheddar, Monterey Jack, or even Pepper Jack, if you want a little more heat). Instead of spooning the filling in each pepper, which could get messy, try shaping the cheese mixture into a log and pressing it into each pepper. For each pepper, take a half-slice of bacon and wrap around the pepper, securing each with a toothpick. Then they bake on a parchment lined sheet until golden brown and the bacon is crisp.

Bacon is definitely in my all-time top-five favorite food list (say that five times, fast) and is in good company with dark chocolate, oysters, vanilla buttercream, and lobster rolls. Just don’t make me put them in order. 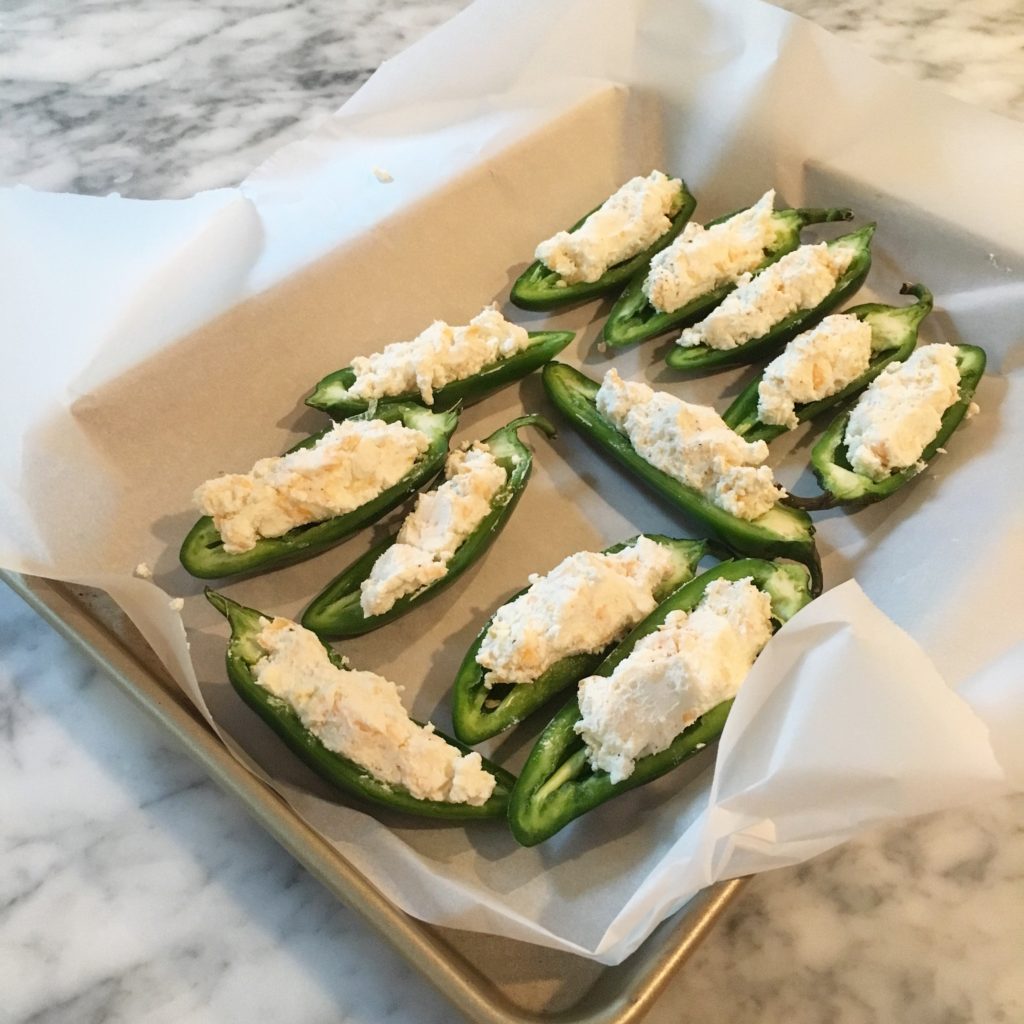 Instructions
Slice the jalapeños lengthwise.
Scrape the seeds and ribs out of each jalapeño.
In a small bowl, mix goat cheese, cream cheese, and shredded cheese until combined.
Season with salt and pepper.
Form logs of cheese with fingertips and press into each jalapeño.
Slice bacon strips in two.
Wrap a half of a slice of bacon around each pepper and secure with toothpicks.
Bake for 30 minutes or until bacon is crisp and pepper is tender. Cool for ten minutes and serve warm. 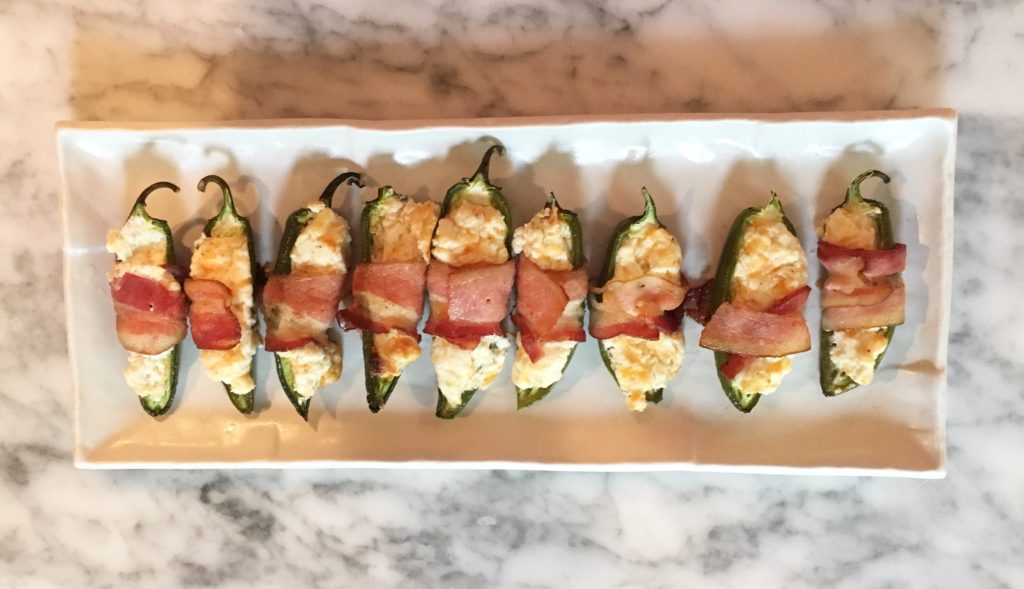 Falling in Love with Union Kitchen & Tap in Encinitas, CA

Hi! I’m Amanda, and I write about my adventures with food and cocktails at www.lemonbaby.co. I’ve lived in the Northeast (Brooklyn and metropolitan Boston), the Northwest (Libby, Montana) and the South (Charlottesville, Tallahassee and currently Mobile, Alabama). I discovered a love of food as a child, and taught myself how to cook, by poring over (and practically memorizing) Martha Stewart’s Entertaining from 1982 (hate to date myself here, but I’m almost as old as that cookbook). My parents once came home from a night out to find me wrapping snow peas around shrimp. In college, I discovered Amanda Hesser (of NYT and Food52 fame) via her memoir Cooking For Mr. Latte, and, in me, a food writer was born. I spent most of my childhood in Brookline, Massachusetts, a suburb of Boston. After meeting the love of my life and earning my B.A. in English Literature from Florida State University, my sweetheart and I moved to Libby, a town in Northwestern Montana. In Montana, I taught high school English, co-owned a catering company, and wrote a food column, Local Flavor, for the newspaper. After a destination wedding in 2006 and almost four years of gorgeous mountain views, we decided to seek a change of scenery (and a Master’s degree in English for me), and we found ourselves settling on the Gulf Coast. Our son was born in 2012, and we just welcomed a daughter in the fall of 2015. I teach full-time at the university here, and I spend as much of my free time as possible in the kitchen and behind our home bar. We bought 104-year-old house and renovated it extensively, and we can often be found sitting on our front porch with a cocktail in hand. I love to travel, and I can’t wait to share my culinary and cocktail adventures (both near and far) with the Girls on Food readers.