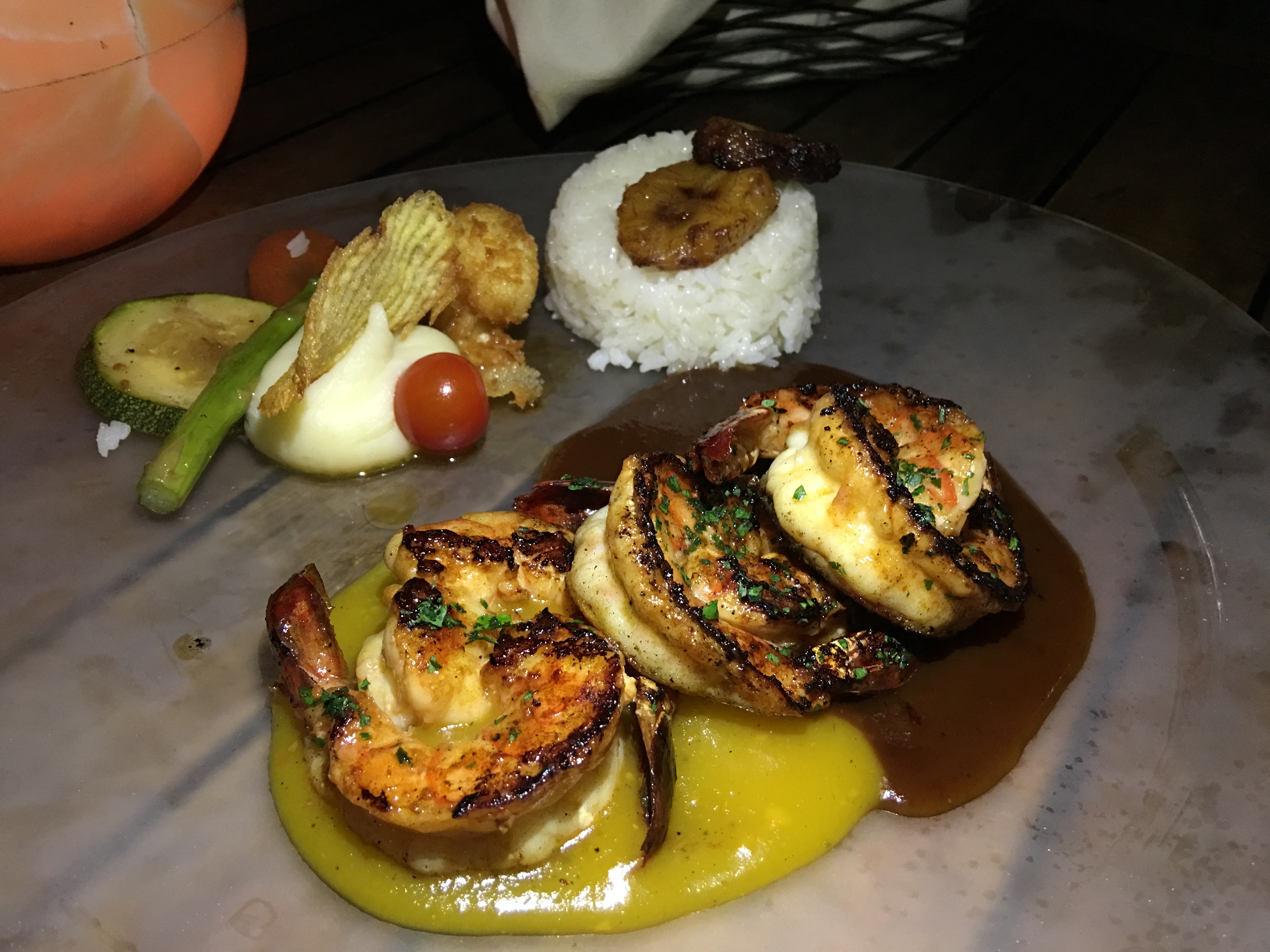 In the middle of one of the most dangerous roads in Acapulco sits one of the best restaurants I’ve ever been to Zibú, Thai-Mexican fine cuisine with the most beautiful Caribbean like atmosphere. The mesmerizing views of Acapulco Bay, fantastic service, and delicious food makes going to this place a memorable experience that you’ll want to repeat as much as possible. I’ve been quite a few times myself and even spent New Year’s Eve that at an awesome party.

This last time I went for a romantic date with bae. He had never been before, so I took him by the hand and guided him through the most delicious dishes of Zibú. The entrance of the restaurant is hard to find because the only thing you see, even more so if you go at night, are a few steps, the sign of the restaurant, and the valet. As you take a few steps down, you meet with the hostess under a beautiful palapa, right next to a rustic bonfire. I would suggest making a reservation, they are on Open Table, and they tend to book quickly, they also host events as well, so sometimes half of the restaurant is unavailable. For instance, the time I went, there was a wedding reception. But as a customer, you would never know, the only reason I knew was that my sister was a part of the wedding. As I said before the restaurant has different sections and private rooms that the regular customer would never be aware, once I saw one of their smaller rooms filled with roses and candles for a proposal once, so special.

Anyway back to me! As I was trying to show my boyfriend the best of the best we had quite the big dinner. We started with the amazingly delicious Camarones Sol y Sombra (Sun and Shadow Shrimp), it consists of six grilled shrimp placed on top of a mirror of mango sauce, the sun, and tamarind sauce, the shadow. It was not only delicious but amusing. As you can tell from the picture, it comes with veggies, mashed potatoes, and rice which is mostly carbs and neutral flavored so that they absorb the sauce to give the protein a beautiful complement. It can be sweet or sour or mix both sauces and get the best of both worlds. It’s a very well rounded dish, just delicious. 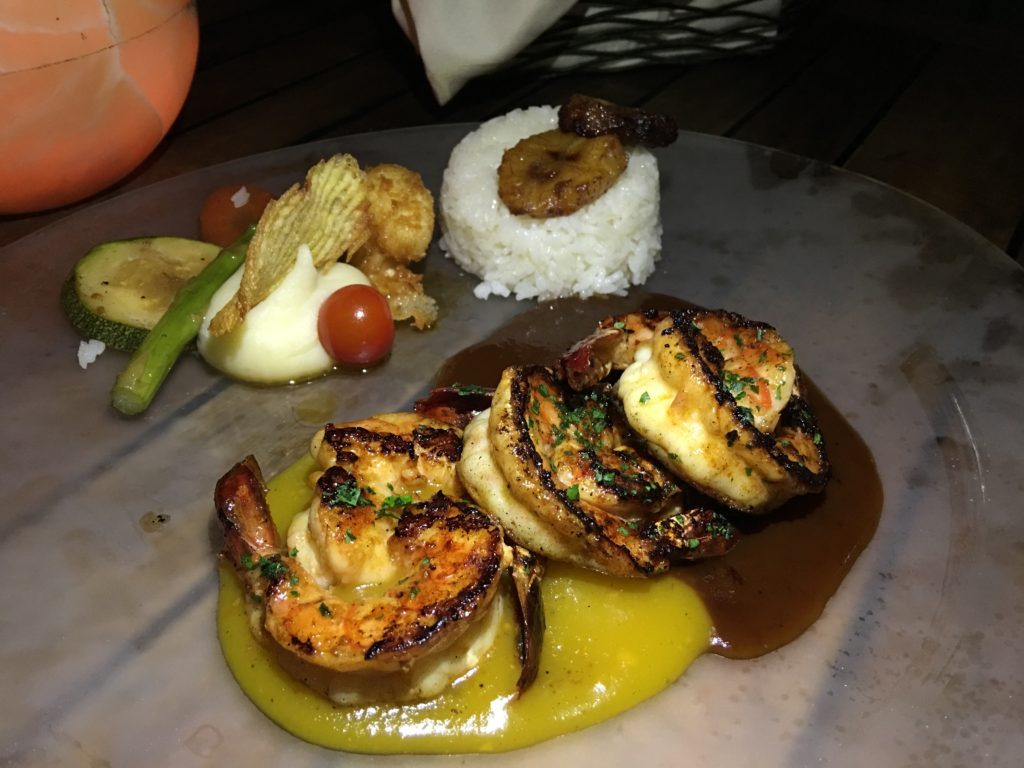 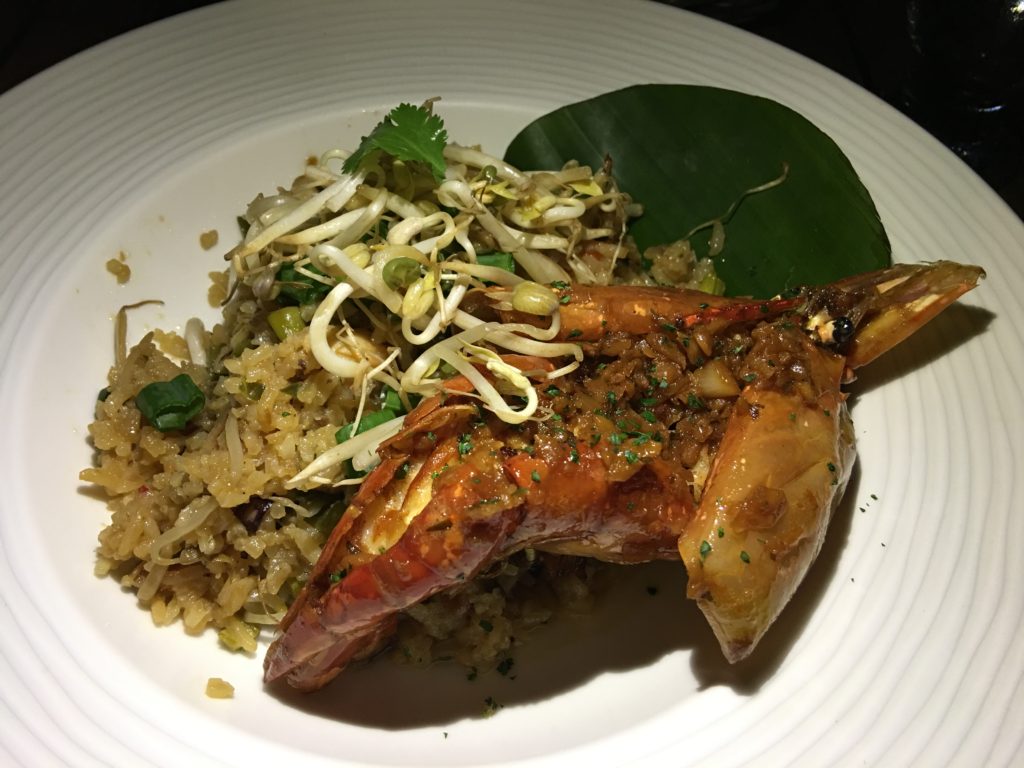 We then ordered Arroz Oriental and the Chicken Pad Thai. The rice has a colorful seasoning, ginger butter, and Thai red pepper, also a variety of seafood: shrimp, octopus, calamari, and lobster. If you like paella this is an interesting twist. It was delicious. Next up the chicken pad Thai, personally I love the texture of noodles and these were just perfect, the flavors of this dish were less bitter and more sweet with a hint of spice. Honestly, the food and the service were so good that we were planning on when our next visit should be. 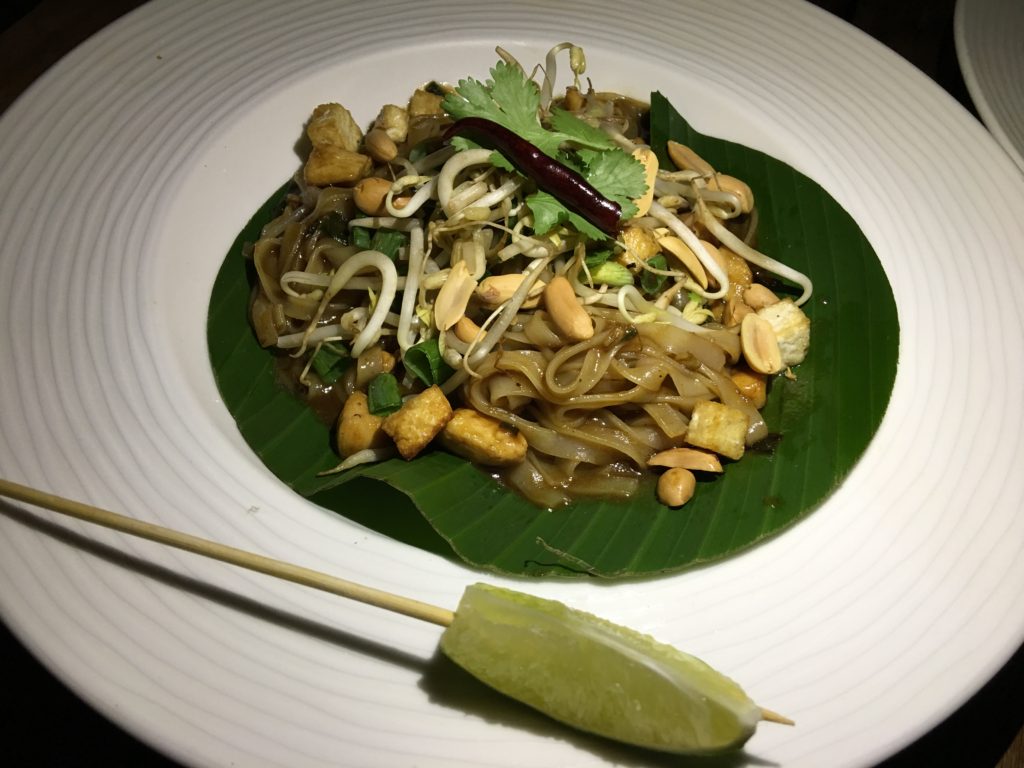 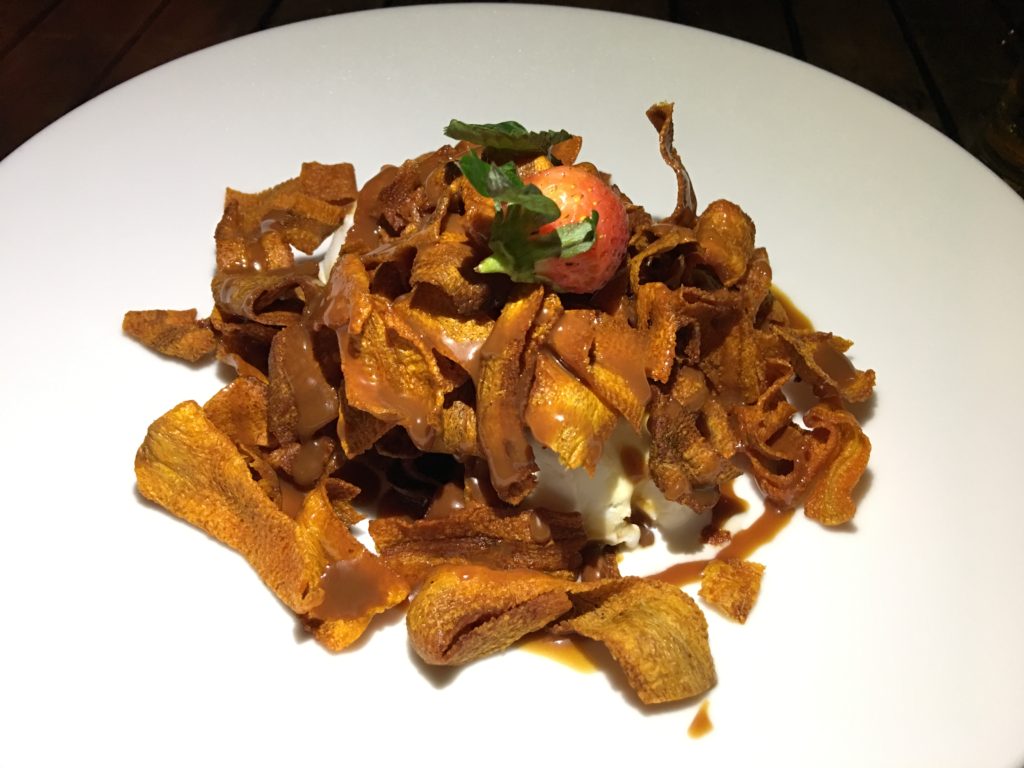 As full as we were we could not miss dessert, this is one of those places that you can’t leave with out trying to fill your body with the biggest amount of food you’re capable. After a few minutes, we both agreed on getting the Selva Mextai. The description of the dish leaves out an ingredient on purpose, and even if you ask the waiter what it is, he won’t tell you, he will tell you though that you’ll have to guess after you try it. It was fun, we have no allergies, and we were curious, so we got it without fully knowing what to expect, and I’m glad we did. The coconut ice cream was fantastic, buttery and tasted just like an iced coconut. It did not have a hint of artificial flavors, and the dulce de leche made up for a great companion to eat. The mystery fried vegetable surrounding our dessert, well I can’t tell you, you’ll have to guess once you’re there!
#finedining #fusionfood #Mexico #mexthai Acapulco seafood