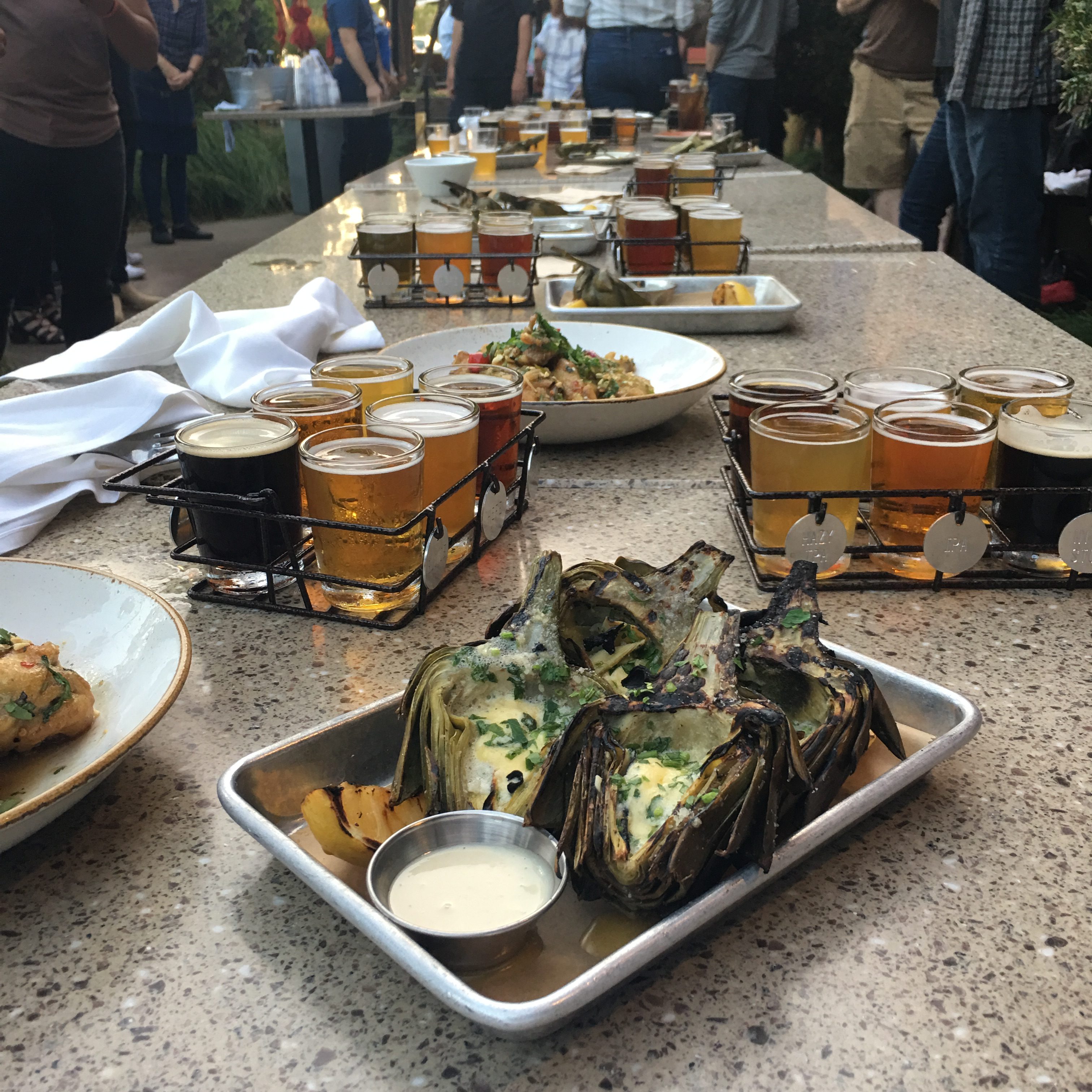 Carla: Girls on Food got invited to the super fun Summer Solstice Parties at Lazy Dog’s participating locations last week. So I attended one in Orange, CA and Dawn attended the Dallas one. We were celebrating both the beginning of Summer and the release of their the new Huckleberry Haze IPA house beer (by Golden Road Brewing).

The setup for the event was really cute and had different stations for us to try all the different beers on tap. Tons of beer information was provided to us by their knowledgeable staff who gave great insight into Lazy Dog + Golden Roads awesome approach to beer and food pairings. 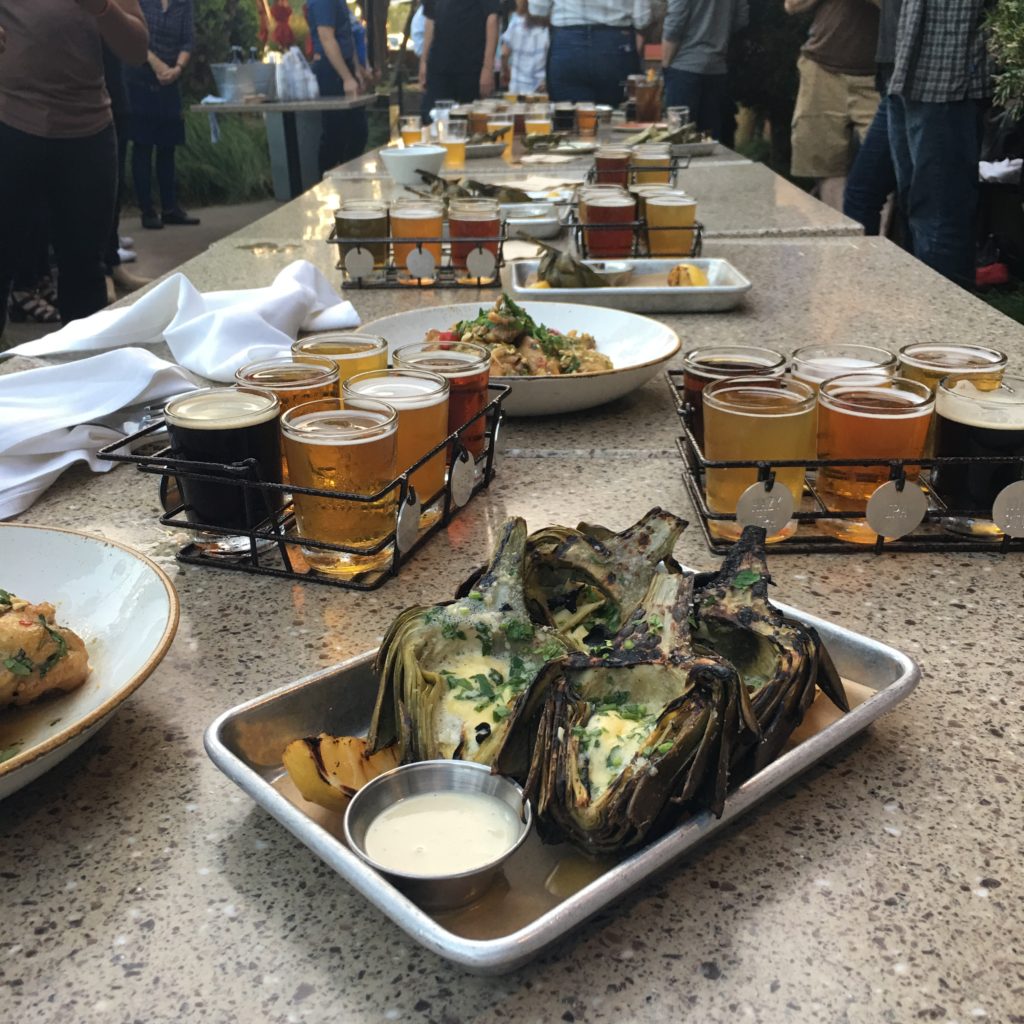 Carla: Right of the bat I wanted to try to Huckleberry Haze IPA and I fell immediately in love. Normally I’m a tequila or vodka type of gal (effective and calorie conscious drinks) so a lot can be said when I admit to an immediate infatuation with a beer. Huckleberry is super unique to beers and in this case a labor of love between Chef Gabe Caliendo at Lazy Dog and Head Brewmaster at Golden Road, Victor Novak. 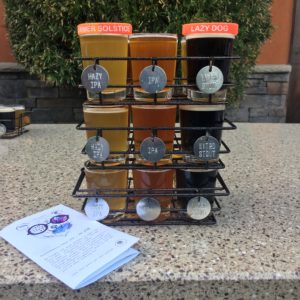 For those unfamiliar, Hazy IPA’s are made when the hops are added at the end of the beer making process. In doing so the beer acquires a sweeter taste rather than a hoppy one. Fruit notes also tend to stand out much more with this process and they definitely did in this brew. You can totally taste the berries as well as a tiny hint of strawberry and other tropical flavors.
All the other beers provided were perfectly picked for summer. The Ankle Buster Blonde was pretty tasty and the Stargazer Nitro Stout was a bold choice. I totally recommend the Stargazer to anyone who loves a refreshing iced coffee on a hot summer morning.
Dawn: The new summer menu was something to howl about! One of my favorites was the Street Corn Wheels, perfectly grilled sweet corn on the cob seasoned with lime, garlic, queso blanco, tajin and cilantro. 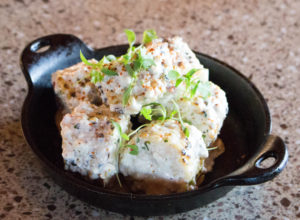 Carla: Zero guilt was felt as I ate multiple of the new Grilled Artichokes. I was glad to have something so healthy and yummy! Seasoned with lemon and herbs then cooked on the grill these little veggies were incredible with their house made roasted garlic tahini. 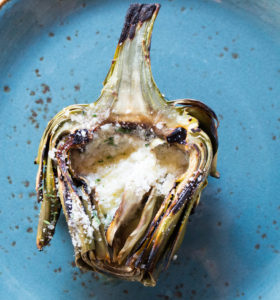 Carla: The mini corn dogs were the perfect size to nibble on while trying out the different beers. The Sun Spanked Red Ale contrasts beautifully with the corn batter and Nathan’s all beef hot dog.
Dawn: These babies are not are NOT the cereal-filled mini dogs of your childhood. These are all beef hot dogs dipped in a slightly sweet batter and served up with some IPA mustard and ketchup. 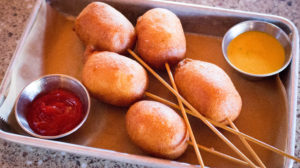 Carla: Finally the Chili Peanut Wings really stole the show. The sauce and flavors are rich while tangy and would pair great with either the Howling Hive Hefe or the Ankle Buster Blonde. Fun fact: Hef beers such as Howling Hive Hefe are made with German yeast and from this acquire the taste of banana and cloves. Go ahead and try it, its a super palpable taste.
Dawn: The wings are caramelized in mixture of pineapple juice, fish sauce, lime, jalapenos, garlic, ginger, chili flakes, crushed peanuts and cilantro. Think Kung Pao wings! 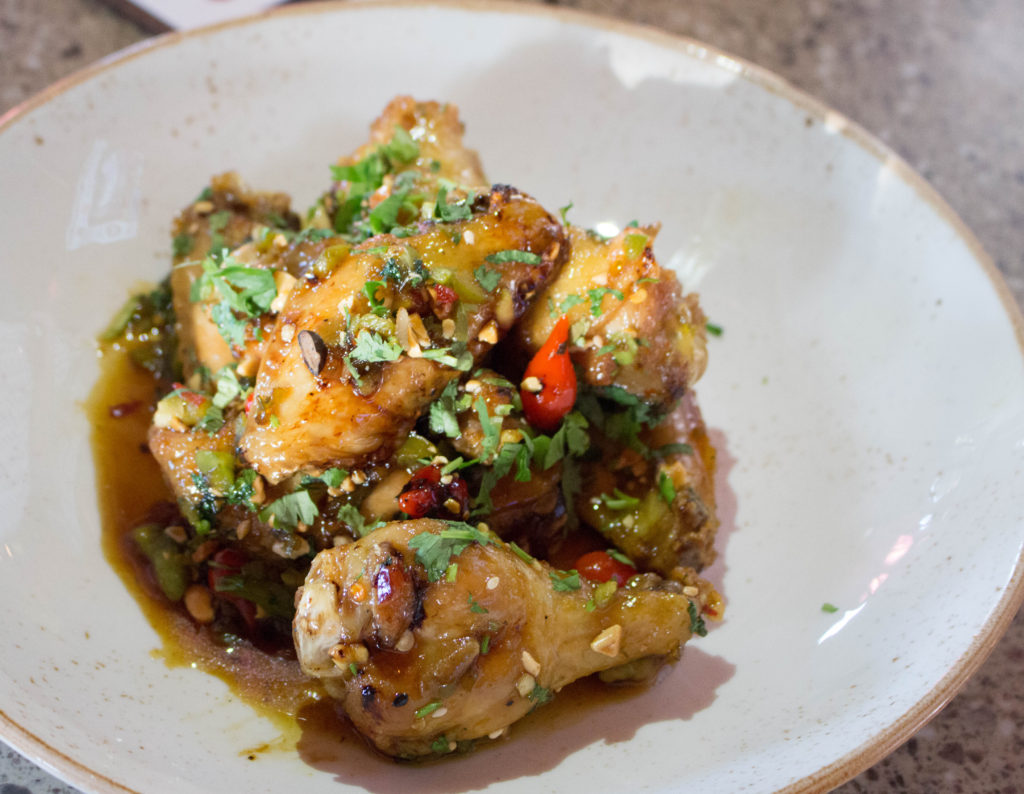 Carla: All in all, I’m glad Lazy Dog is as ready as I am for summer. Beers, bites and best of all the occasional cutie dog on the patio!
Thank you so much to C Squared PR for inviting the West Coast Girls on Food Team to this tasting. Although all food and beverages were comped, all thoughts and opinions expressed are our own.
Artichokes beer Corn Dogs Lazy Dog Lazy Dog Restaurant & Bar summer

My government name is Carla, but in many circles I’m known as Carby due to my love of carbs. I've been a pescetarian for seven years and still love pizza, tacos and burgers.