Prior to my trip, my adventures in deep dish pizza had been pretty dismal. The ones I had experienced had greasy crusts, too many toppings and just made me feel sick after one slice. I had been convinced that I am a light topping, thin slice, NYC style pizza lover. After going to Lou Malnati’s, which is world famous for Chicago style deep dish, I can wash away the memories all my previous deep dish disasters and start over. 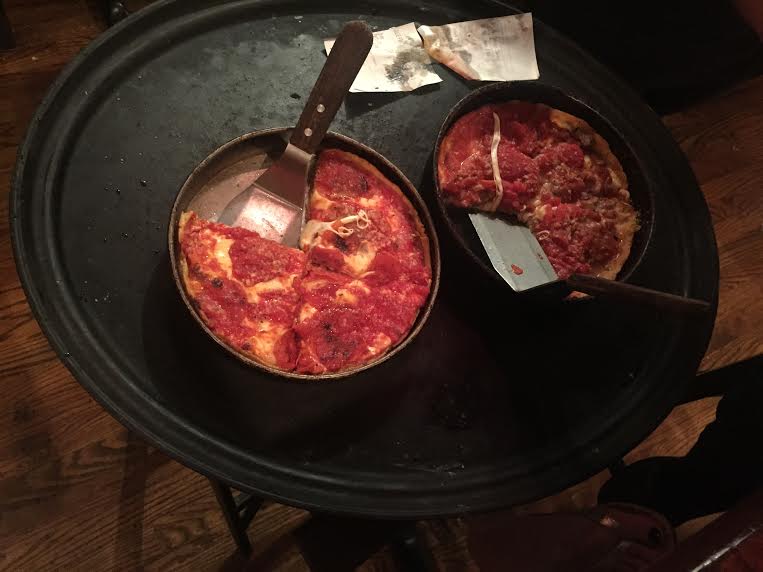 Lou Malnatti’s is on the “must” lists all over the internet, so expect to be put on a 30 minute wait list. What’s great about Lou Malnati’s is that you can pre-order before being seated, their pizza pies take about 30 minutes, so this lessens your wait time. I wish more hot spots would take a cue from their system, talk about high turnover. 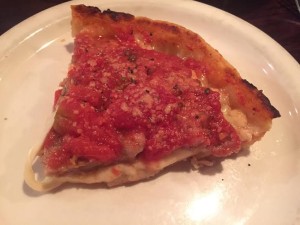 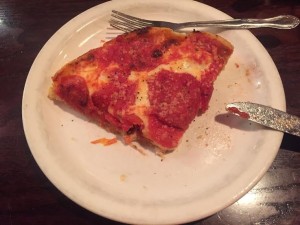 I went with the Malnati Chicago Classic (left), made with lean pork sausage, extra cheese, tomato sauce and it’s made with their Buttercrust. My boyfriend ordered their pepperoni pizza (right). The second I took a bite, it discredited any other “deep dish” pizza I had ever experienced before. The ingredients are perfection, from the plump, juicy tomatoes to the extra buttery crust. Even though this is technically an extra cheese pizza, this tasted like the perfect amount of cheese. It melts on top the Buttercrust and doesn’t get greasy. I tried the pepperoni also, which comes on a thinner deep dish crust and the lesser amount of cheese. I loved it just as much as my heavier deep dish. Out of all the Chicago places I went to, I consider this the best since it changed my skepticism of deep dish pizza. 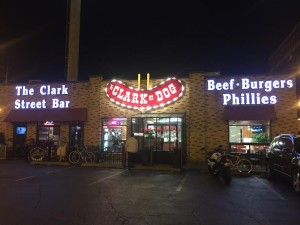 Although I’m a raging foodie, I had never heard of a pizza puff until 2 years ago. My boyfriend is from a suburb outside of Chicago and has made a few jokes about the pizza puff. Whenever I bring up pizza puffs to Chicago natives, they let out a chuckle and then own up to eating one at some point. For those of you who don’t know, a pizza puff is kind of like if an empanada and a pizza flavored Hot Pocket made a baby, then deep fried that baby and served it scorching hot. Traditionally, the pizza puff is consumed after a long night of drinking. 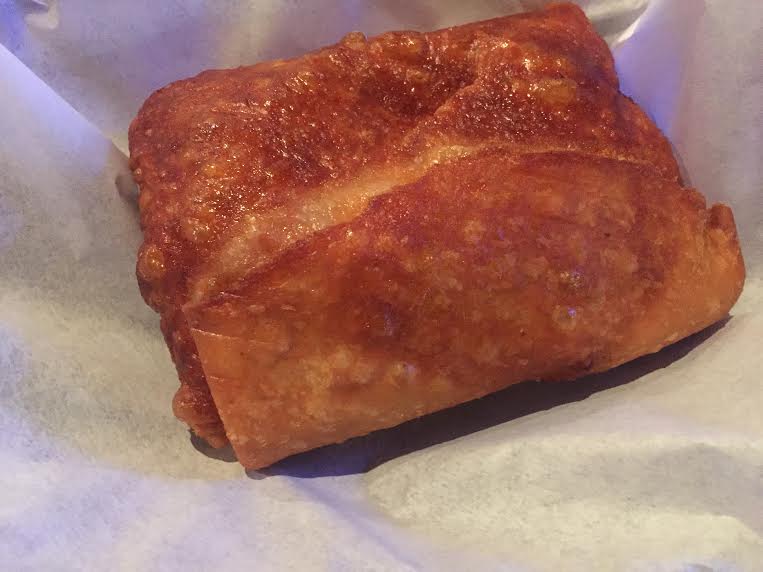 Everyone seems to have their own method to eating a pizza puff. My boyfriend’s method is to first let it cool off a few minutes. Then slowly remove the outer most part of the flakey crust and nibble on that. After another few minutes pass, then you can attack the filling. It’s going to be seventh level of hell hot, so proceed with caution. 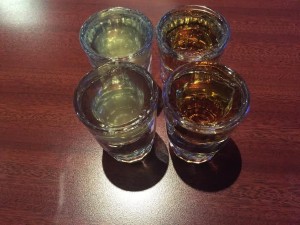 Clark St. Dog is fun and a total Chicago late-night tradition. Clark’s also has hot dogs, burgers, Phillies and a full bar. I gushed in glee when I saw they had pickle backs, not on the menu, but on their front door. The pickle juice in Chicago even tastes better.

After all this pizza and drinks, my poor boyfriend and I were in serious need of some greens. City Harvest Cafe was walking distance from our hotel, so we popped in for some much needed nutrition. 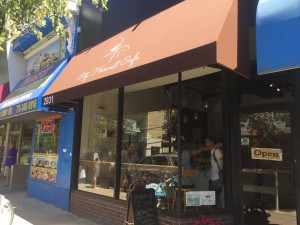 I first want to compliment City Harvest Cafe on having friendly staff that aren’t pretentious when customers ask questions. Living in LA, I’m so used to the “hipster” service that comes from juice bars, especially in Venice. Maybe LA juice bars should start training staff in Chicago… 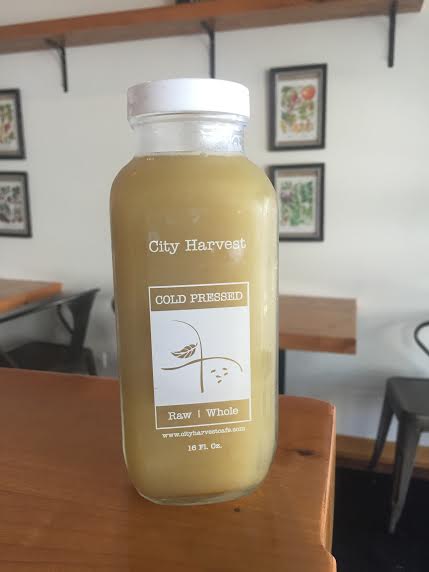 City Harvest is a cute, quaint compress juice bar has a lot of different options to choose from. My skin was feeling a little dry from the Chicago water so I went for the French 77 (nope, not the cocktail!), a beautiful blend of cucumber, pear, celery and cayenne. The cayenne was very light and doesn’t overwhelm the other flavors, as one may think. It only took me a few sips to feel the quenching refreshment my body needed. My skin even felt like it had a little glow to it. This was the perfect healthy pit stop!

I continued my “Ferris Bueller’s Day Off” tour with a stop at The John Hancock Center. It’s amazing to be able to see a 360 view of a city in one spot. 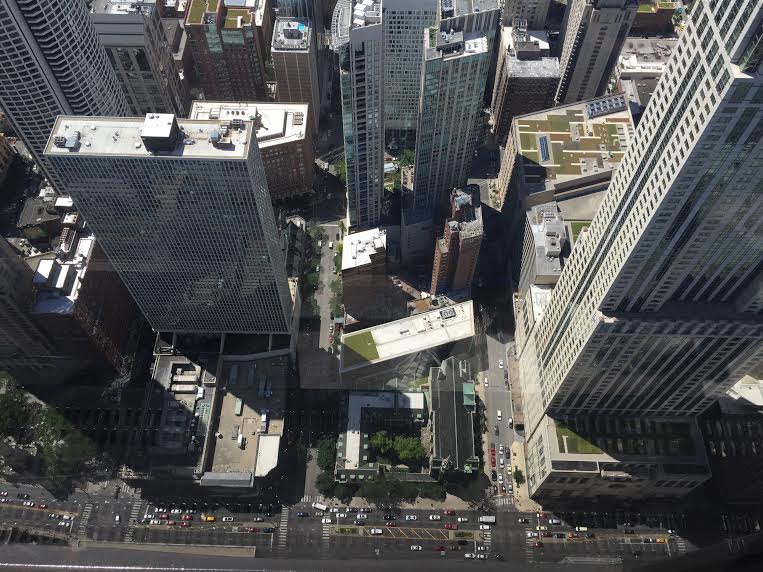 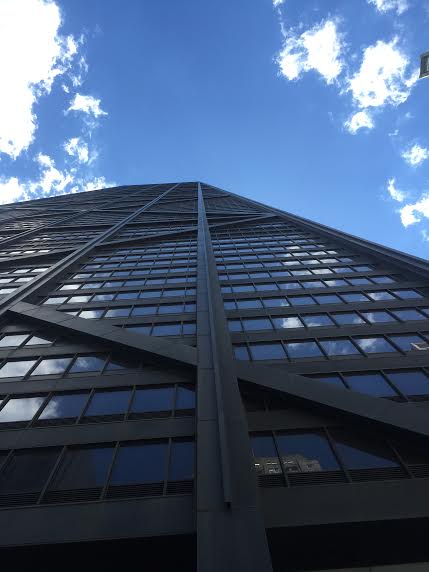