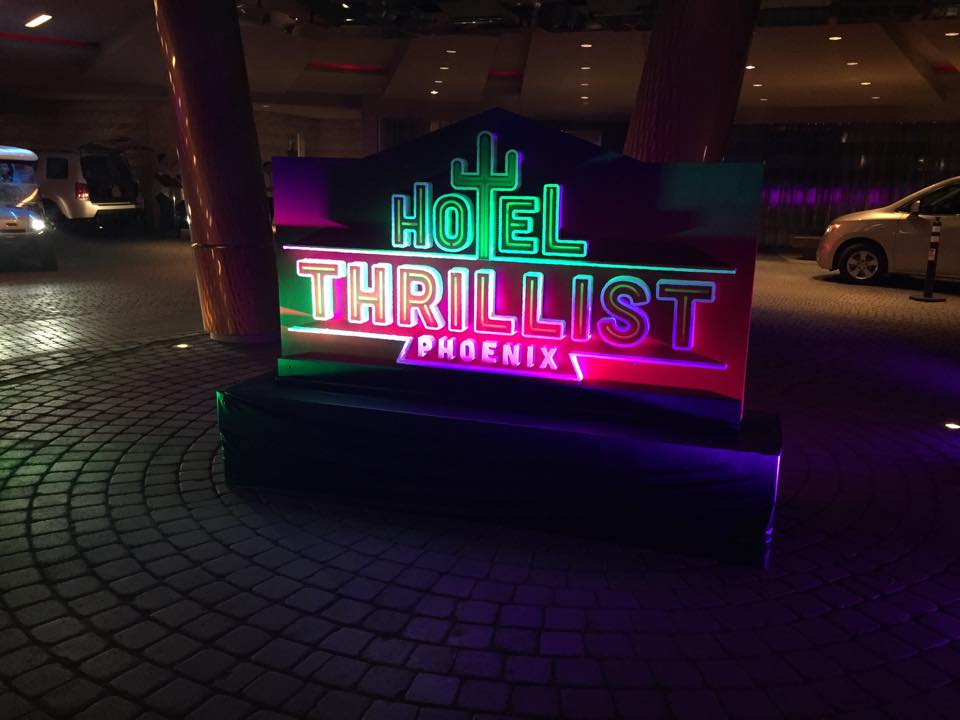 Scottsdale, Arizona always offers extremely fun and social events. A lot of those events actually revolve around food. There is quite a large foodie network in Arizona and I am so happy to be able to be a part of that community now. When I first heard about Hotel Thrillist at The W Scottsdale Hotel, I instantly wanted to go. 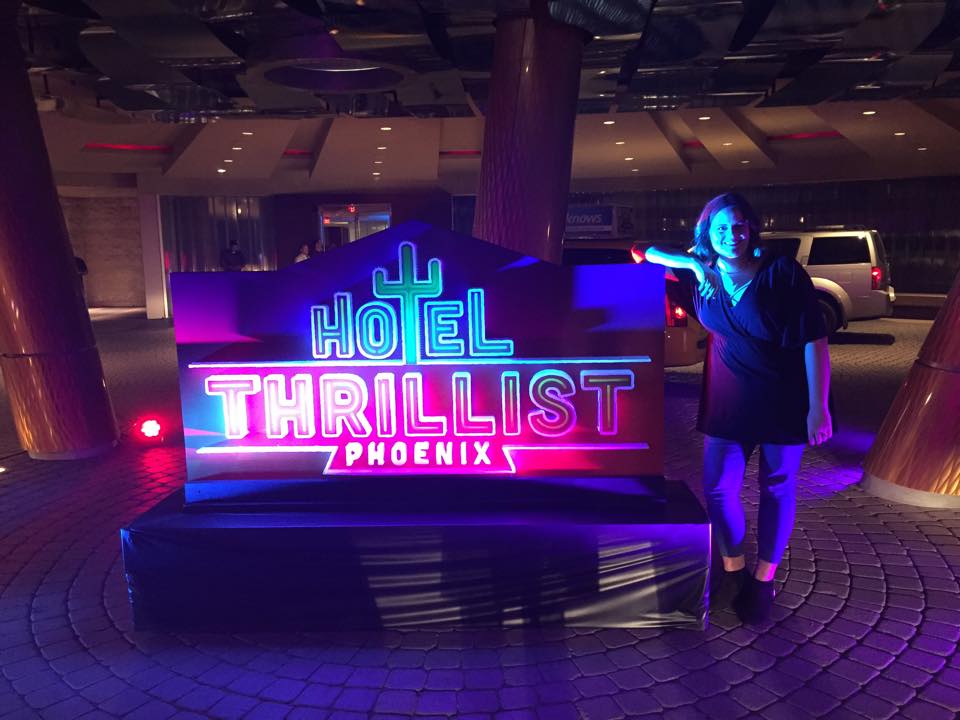 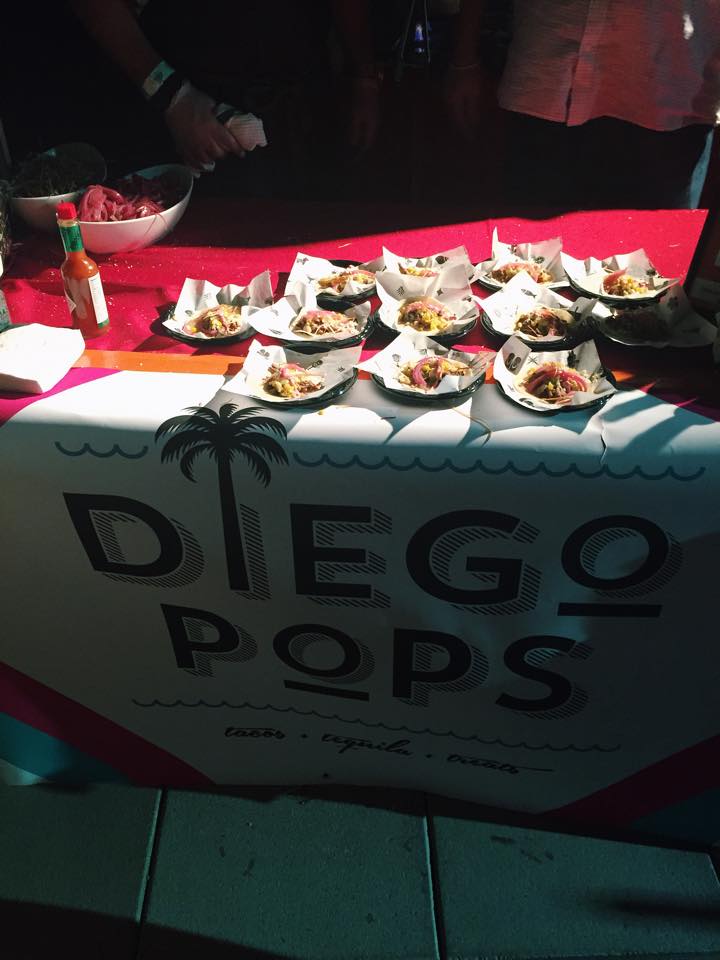 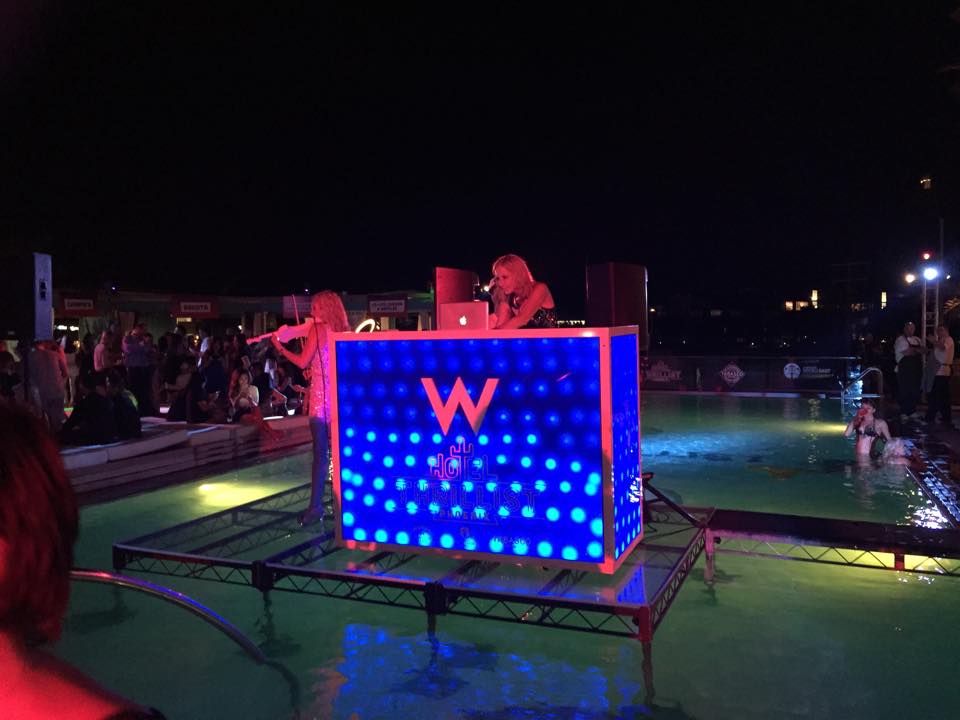 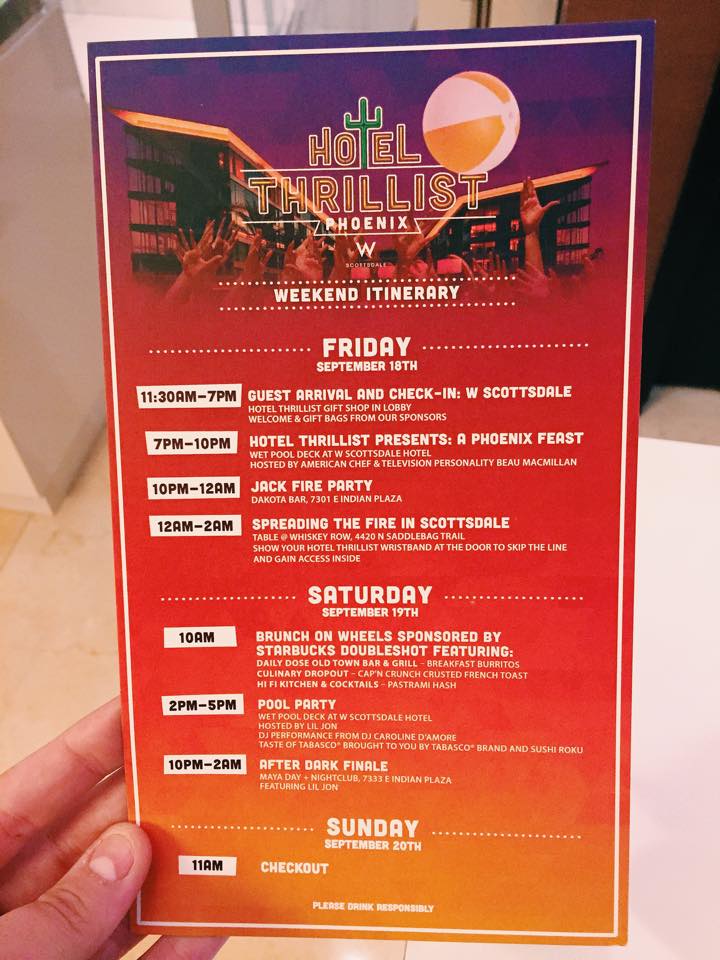 This event had 16 chefs who were challenged to make something off of their menu and bring on the heat. There were loads of delicious menu items including venison burgers, burgers topped with pulled pork, bacon beignets, mini cubanos, street tacos and so much more! 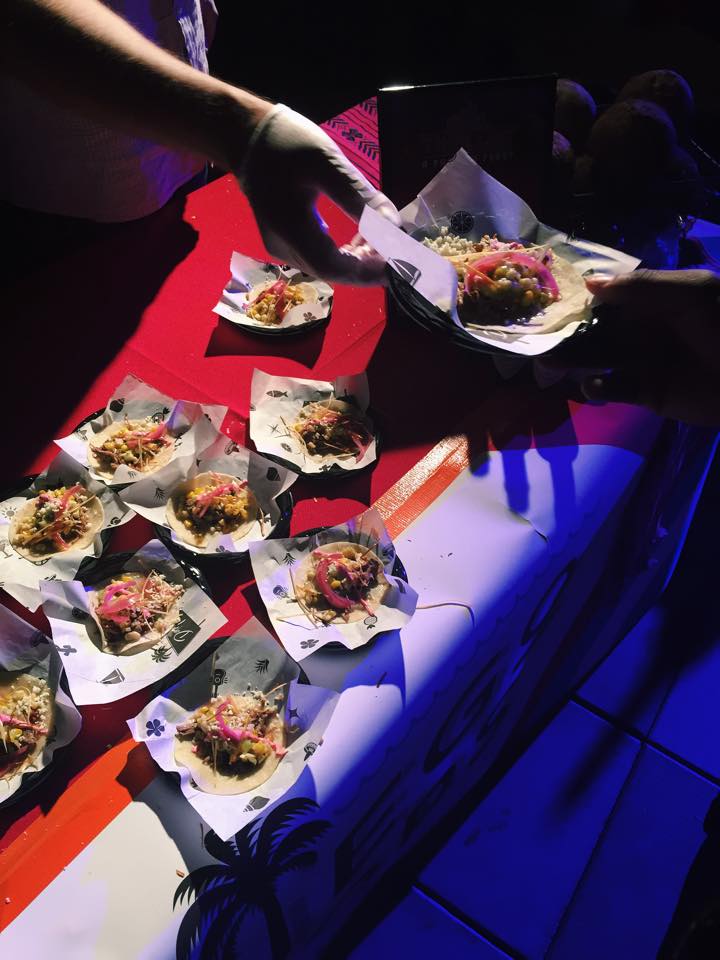 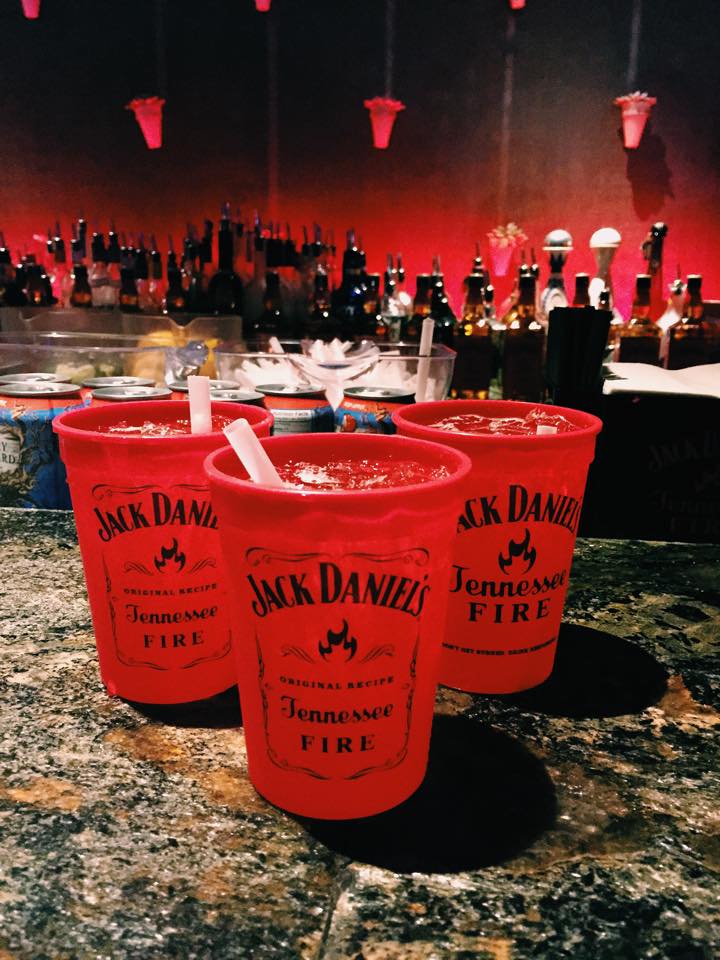 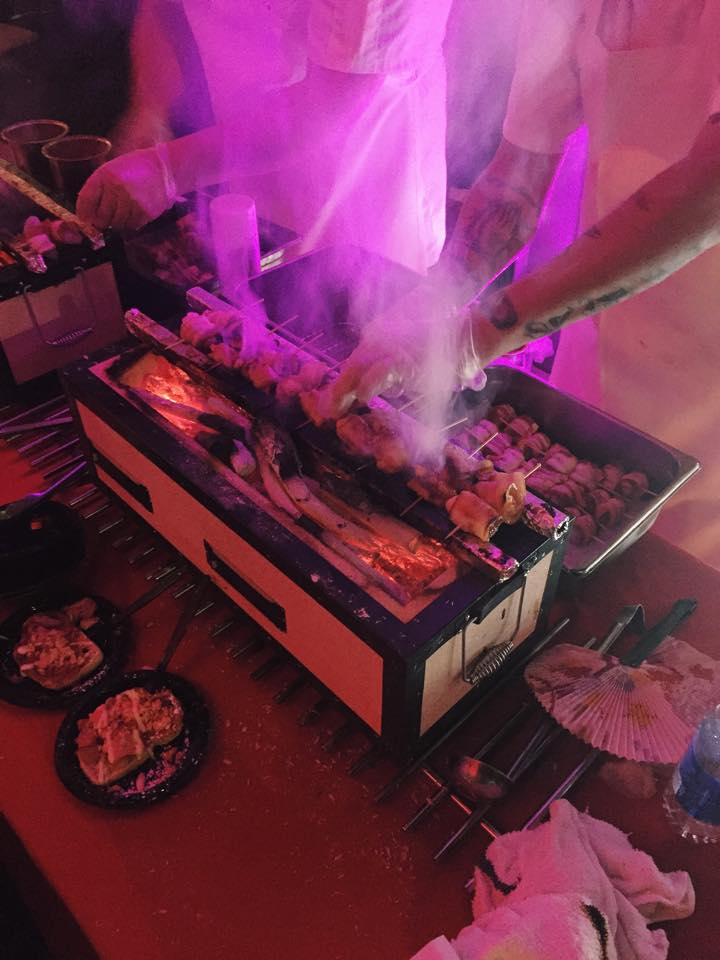 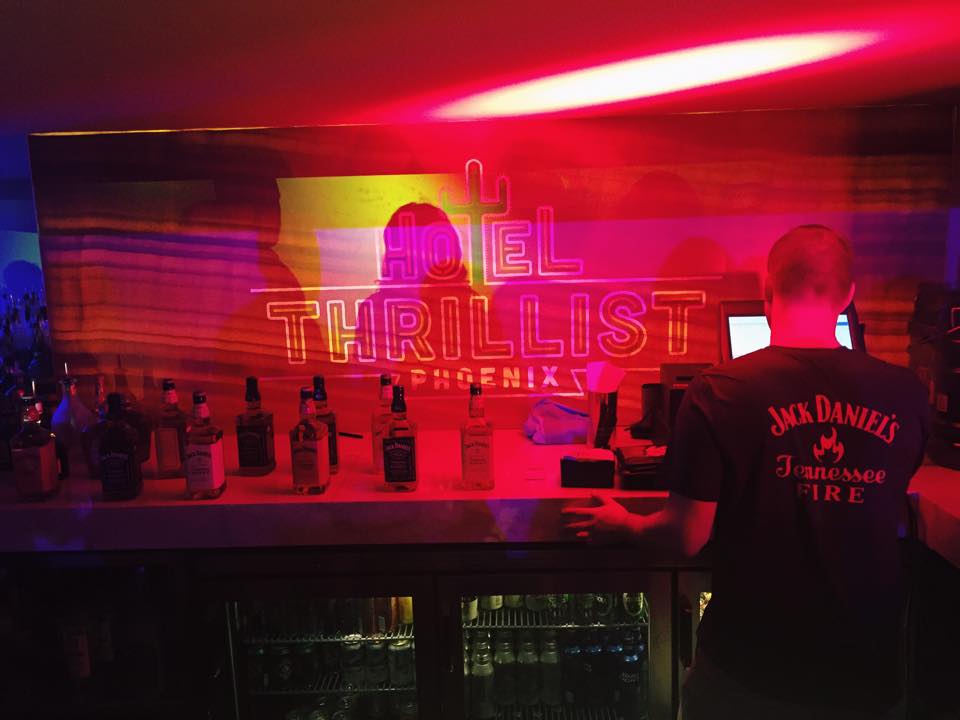 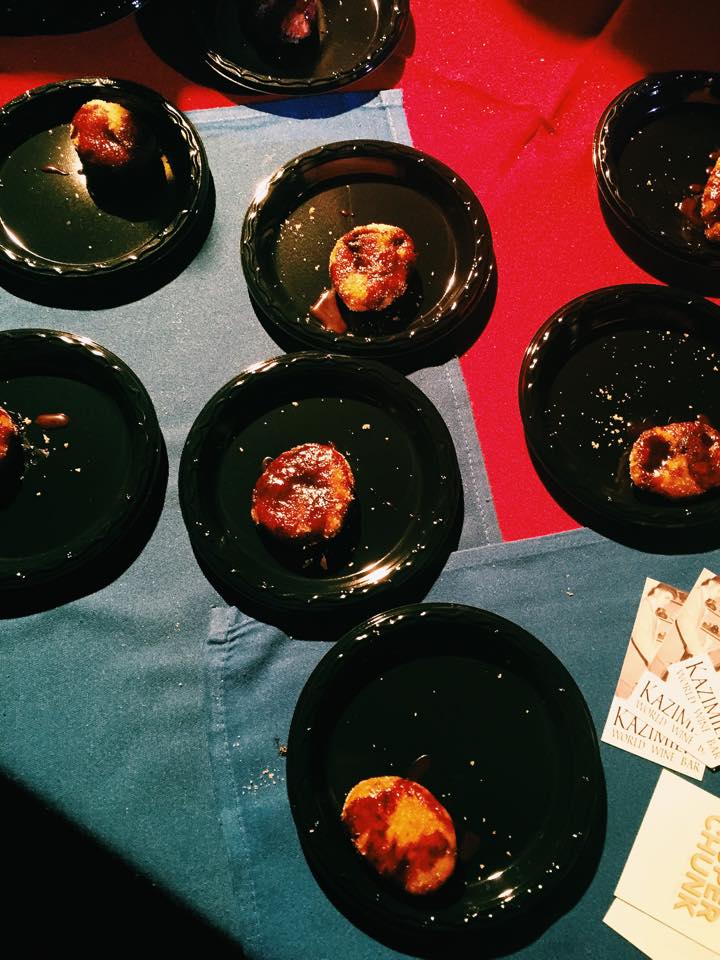 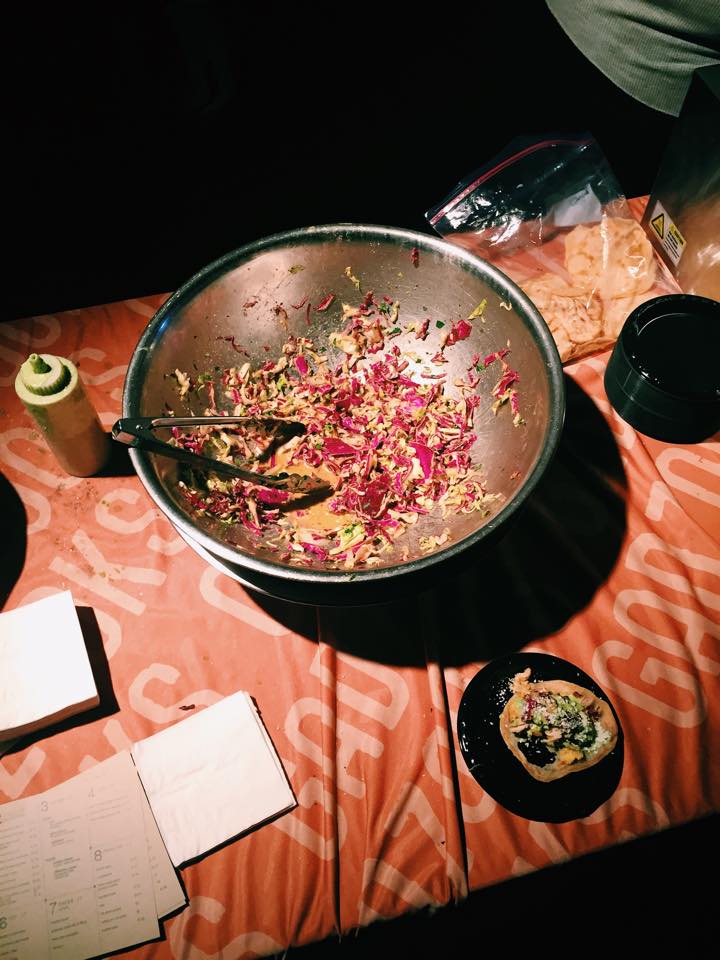 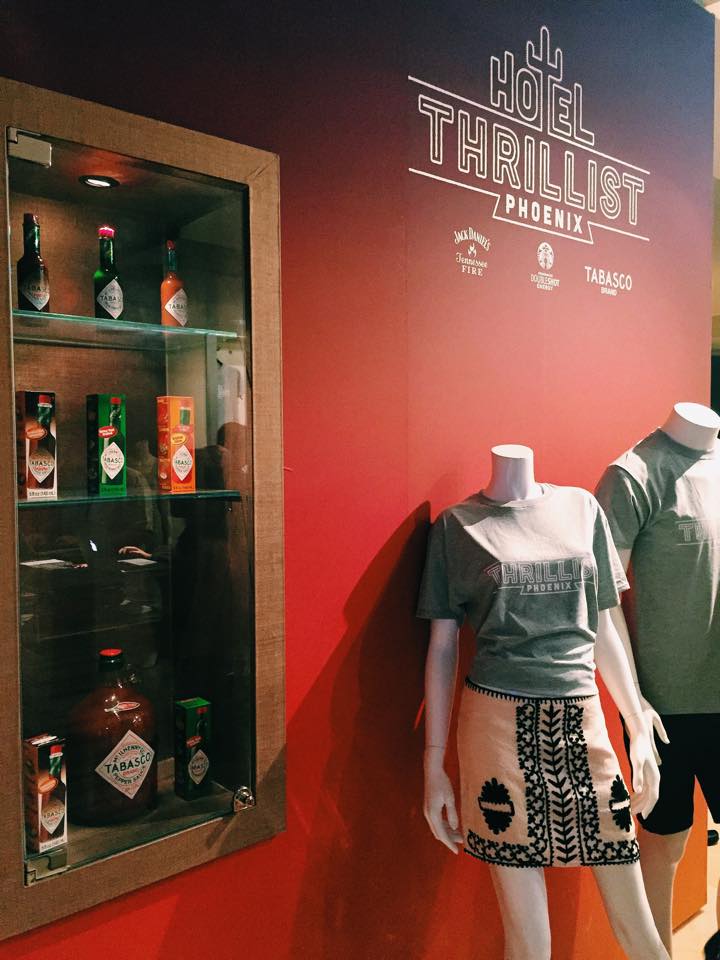 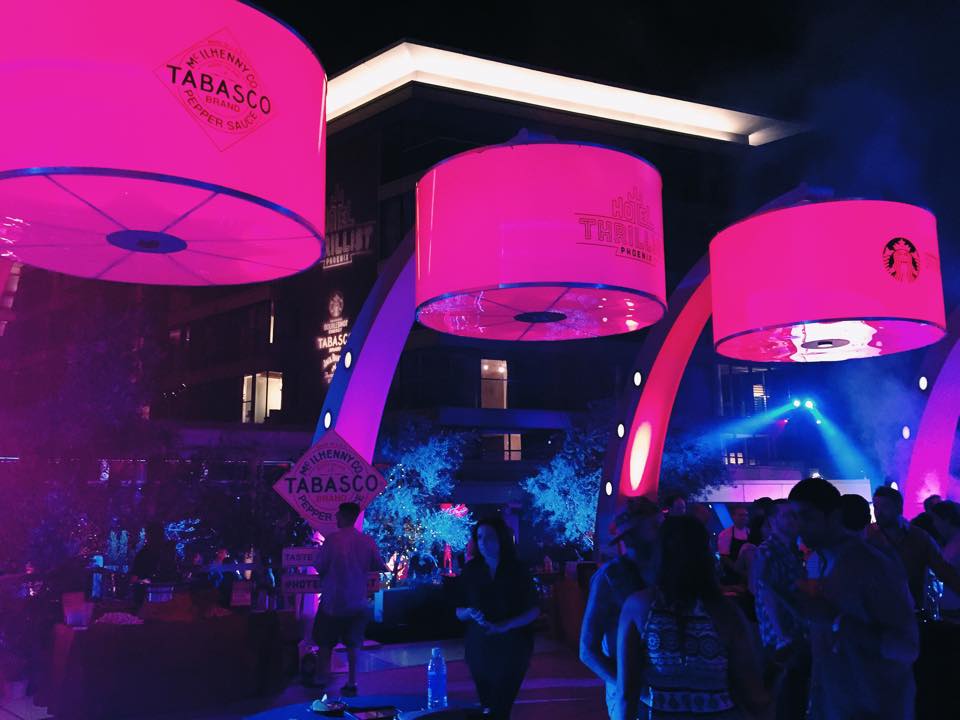 My second favorite item from the event was the Monte Cristo from Snooze, An A.M Eatery. This was absolutely delicious. They took a locally baked english muffin, organic brown sugar and vanilla egg batter and cooked that french toast style. This was then topped with swiss cheese, shaved tender belly ham, slopeside pure Vermont maple syrup and Snooze’s dijon hollandaise sauce. Can you say YUM? I made sure to tell Chef Jon Schwartz to please consider bringing this to the menu. It was just THAT good! 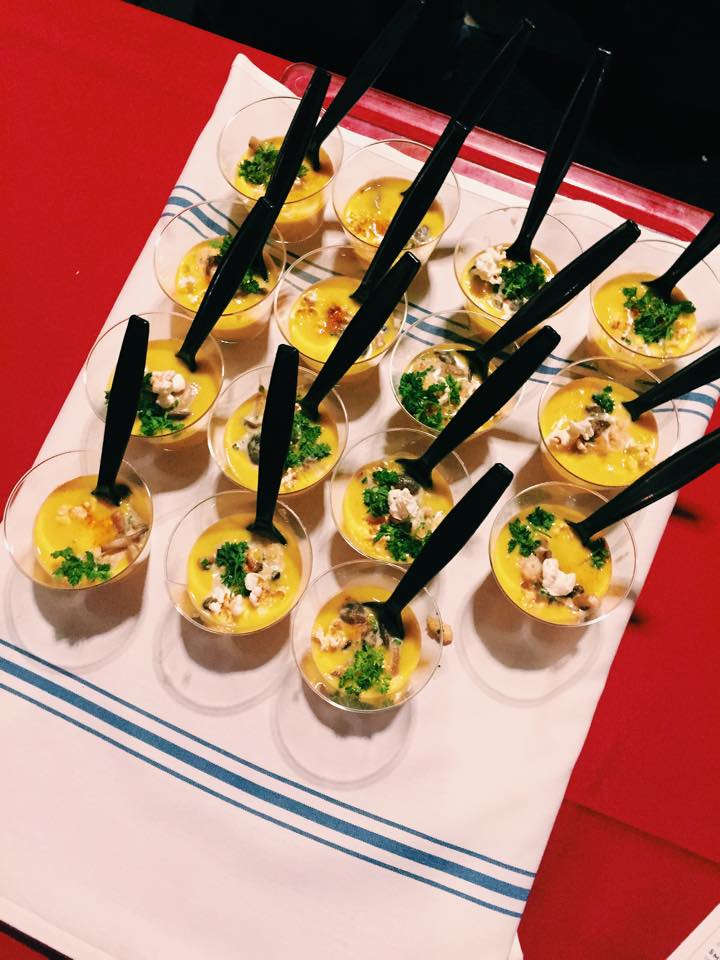 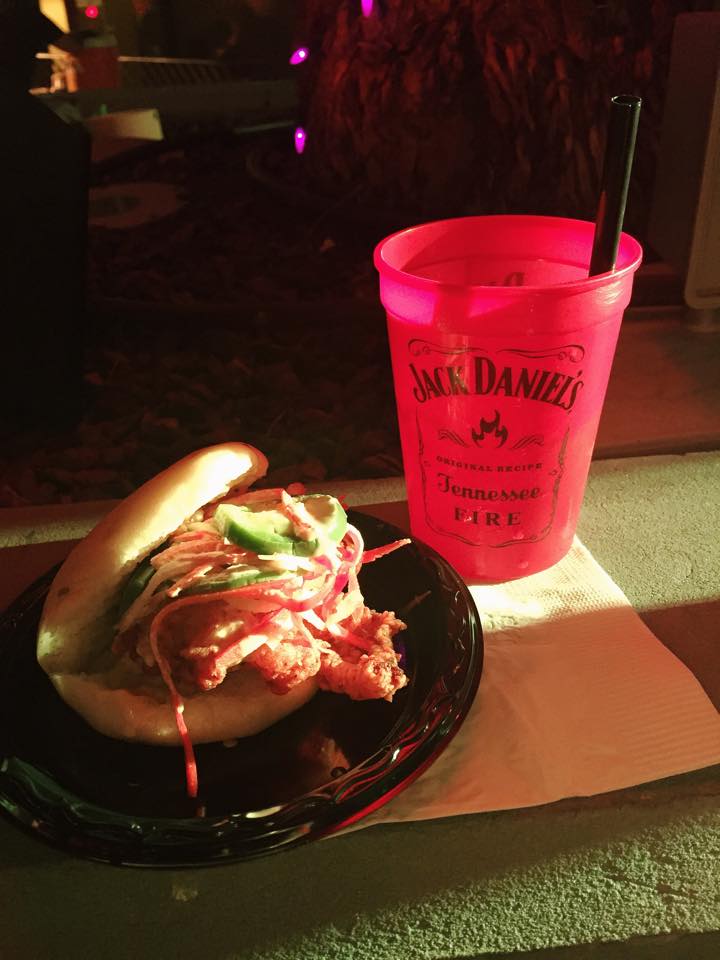 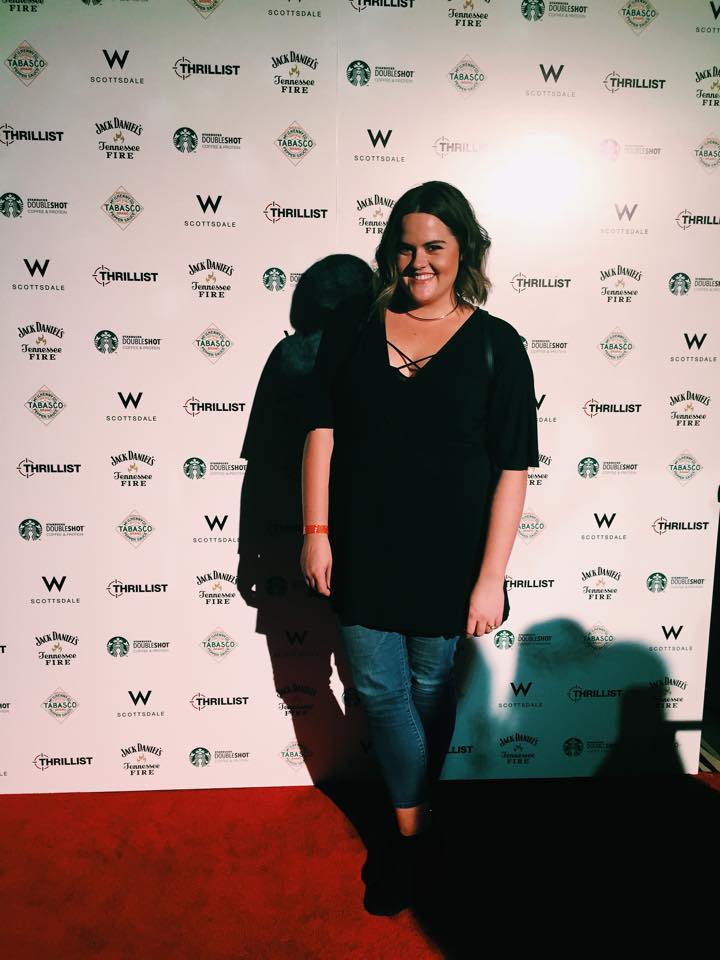 Did I mentioned there was a freakin’ Chocolate-Spiced TABASCO® brand fountain? It was so delicious. They had an array of strawberries, marshmallows, rice krispies and other yummy treats to dip into the chocolate fountain. 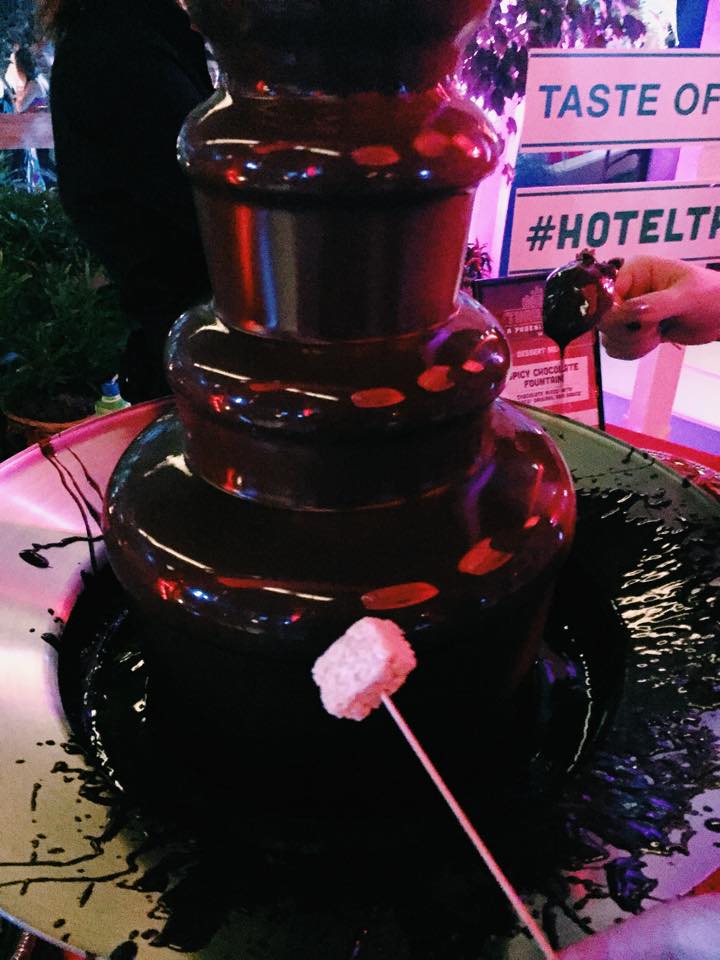 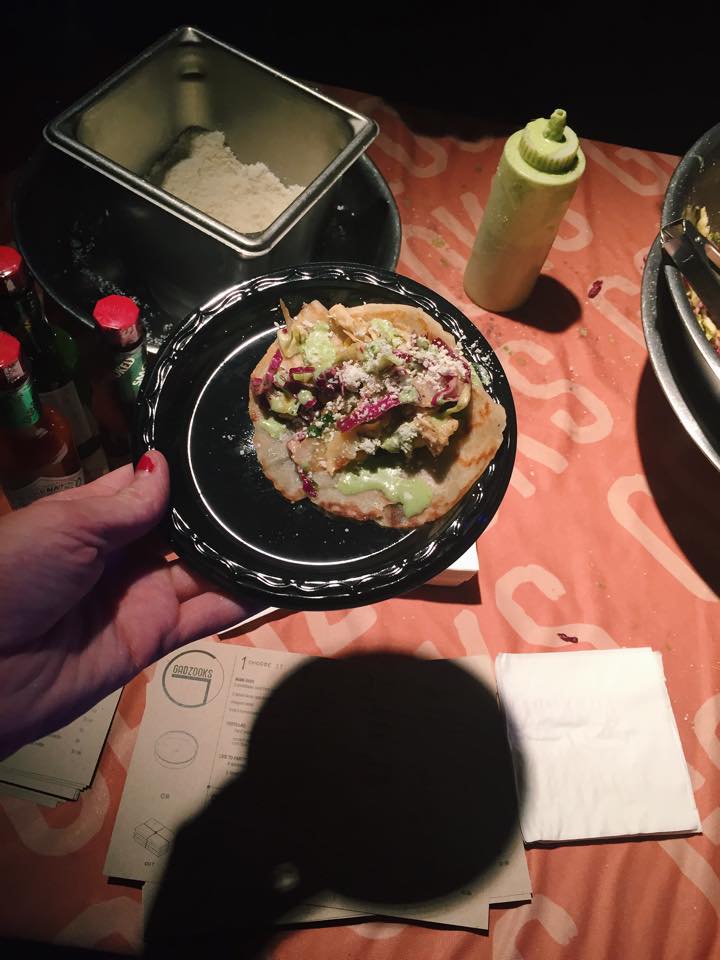 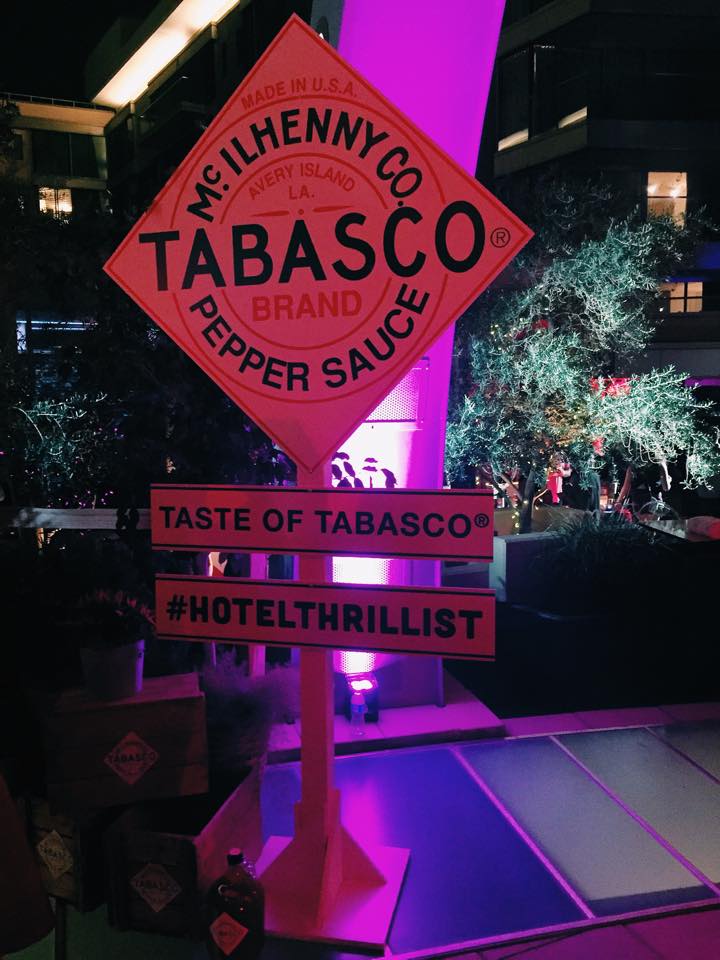 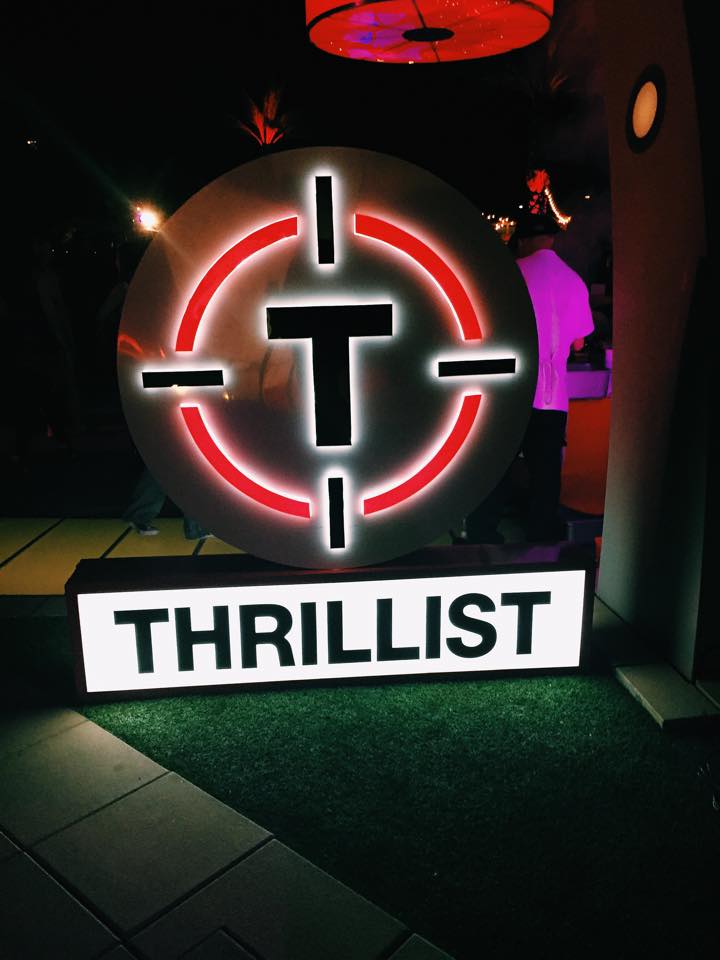 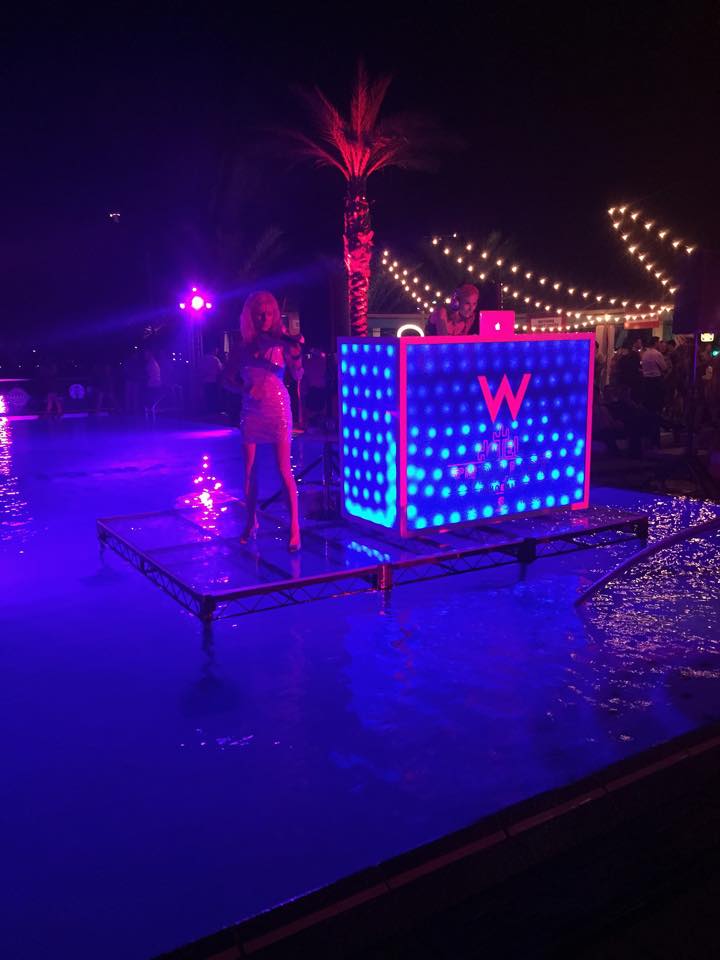 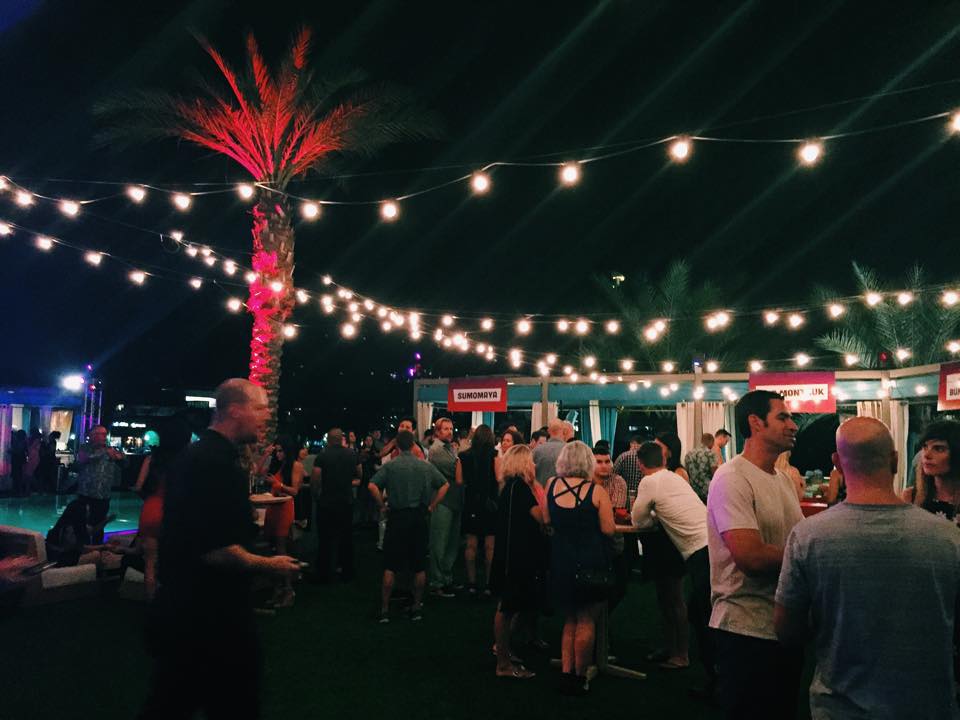 This event, as I am sure you can tell based off of the pictures, had a really great theme. It was a very ‘neon sign’ inspired event; meaning, bright colors and that night life vibe. It was hosted on the roof top pool at The W Scottsdale. There were actually mermaids swimming in the pool during the event, a DJ with an electric violinist and at the end, to get everyone out and on their way to the after party, they had a marching band led by a fire breather. It was such a fun event and I am so glad I was able to go to represent Girls on Food.

The District All American Burger Bar

I was born and raised in Phoenix, Arizona. I have always considered myself a foodie, but in my adult life my palate has truly matured. I went from a “ketchup only” girl, to a “let’s see how THIS tastes girl…” My husband and I love to try new restaurants and with the ever evolving culinary world in Phoenix, we can always find somewhere new to go. Whether it’s a taco shop, the newest burger place or even a local winery, we are up for the culinary adventure that Arizona has started offering us desert dwellers. My husband and I own a small company; Tremaine Ranch. We are a staging, design & furniture rental company that specializes in all things unique. We offer custom built furniture, event styling & staging, as well as run a private estate in Chandler, Arizona where we host private events and weddings. With a recognizable aesthetic and a keen eye for design, my creative direction and styling has created what Tremaine Ranch is most recognized for. Throwing parties and events has always played a huge part of my life. Whether it was planning a circus themed birthday party or just inviting friends over for a Greek themed dinner party, no detail goes unnoticed. Not only do I spend time planning inspiration photoshoots or dinners to throw at their ranch, I also run a lifestyle blog with my husband featuring our own favorites in the world of style, DIY, travel, recipes and entertaining at Tremaine Ranch. I am thrilled to be a part of the Girls on Food blog and can’t wait to share with you all what Phoenix, Arizona has to offer. Cheers!