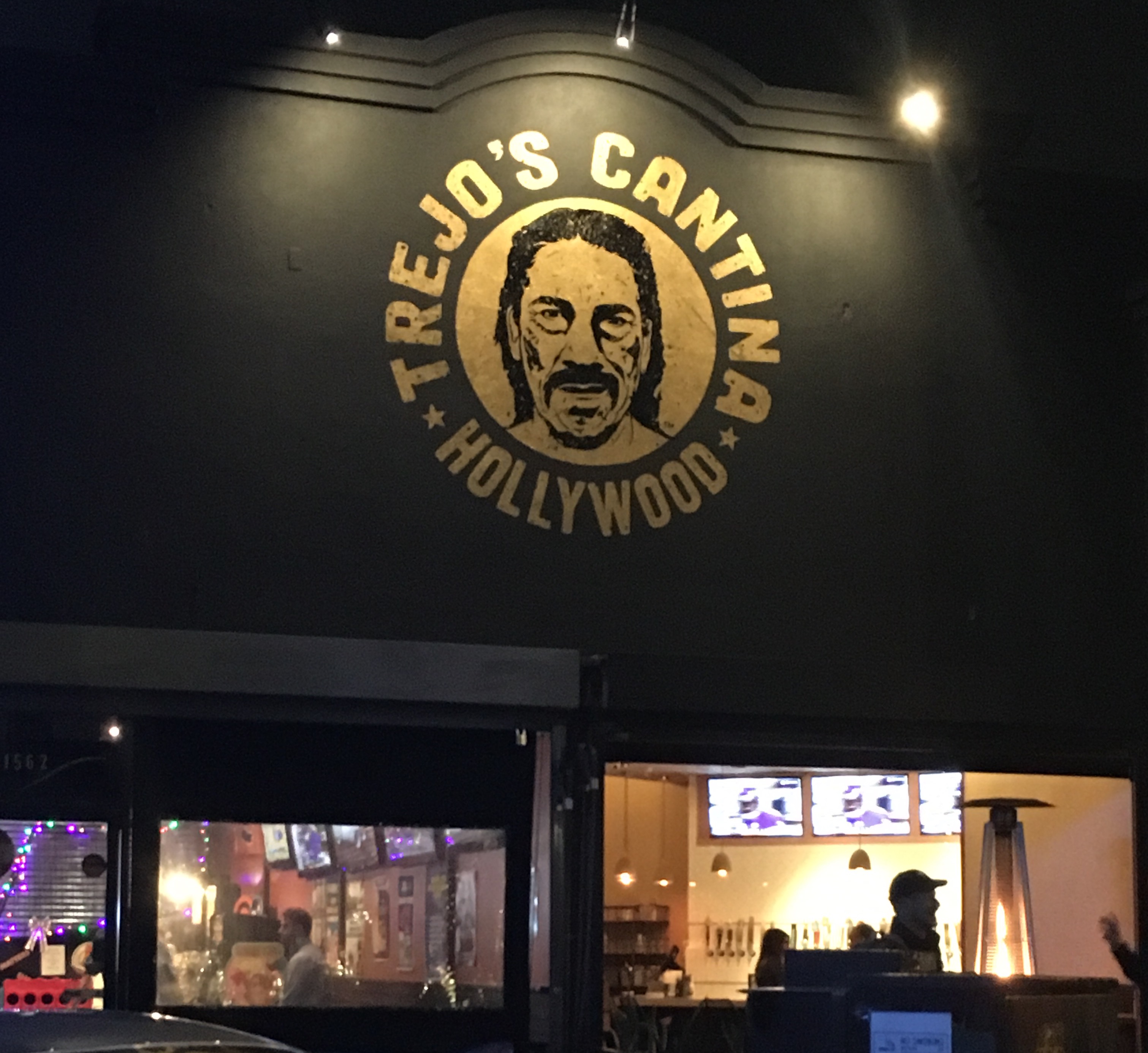 A Hollywood Take on #TacoTuesday

A while back, Girls on Food founder Julianne had the opportunity to visit Trejo’s Tacos Truck and posted an interview with Danny Trejo. I drooled over the taco shots! So when the Hollywood spot opened up, I jumped at the chance to give their new menu a try. 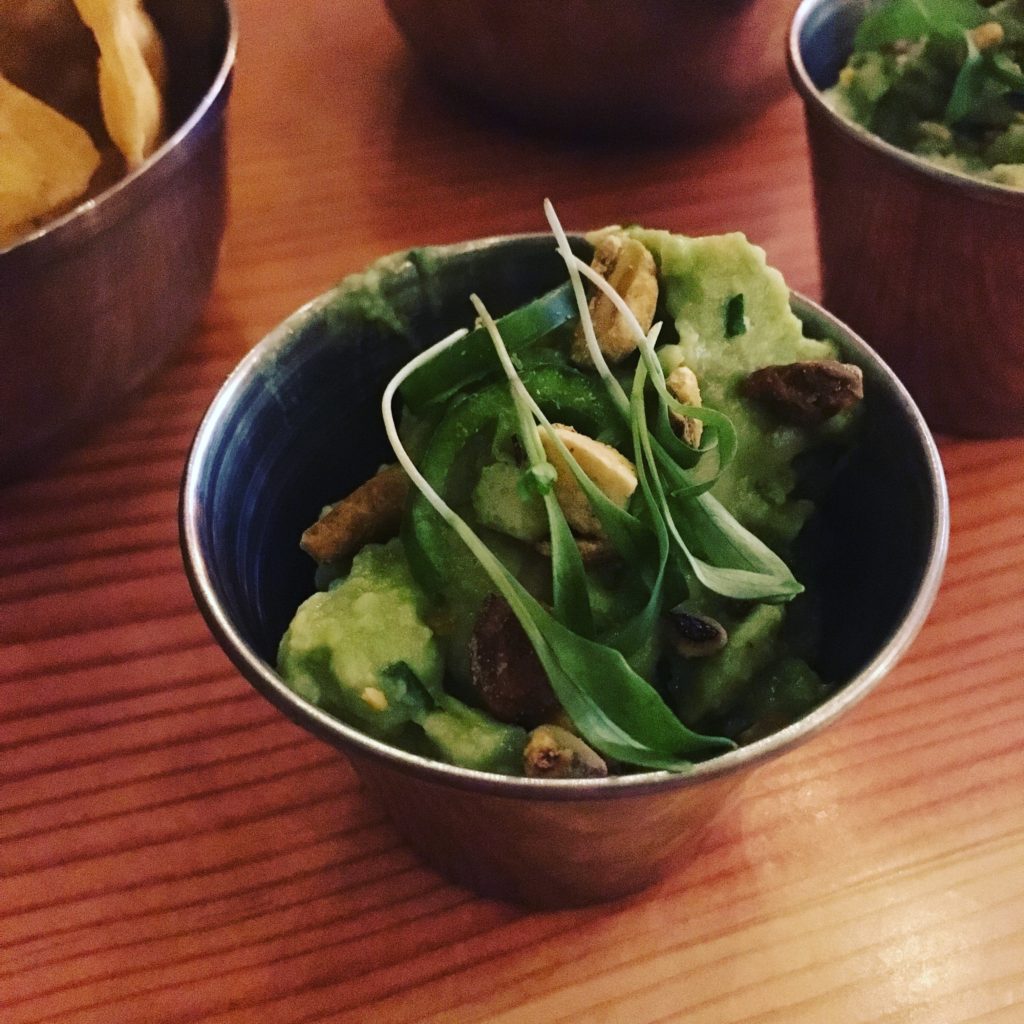 Trejo’s Cantina takes a modern spin on traditional Mexican favorites. I began the night with a delicious guacamole and iced cochata (cold brew coffee and horchata). Packed with flavor, the guacamole featured pistachios, lime, and Serrano chilies, which gave it a tangy kick with a smooth finish.

The cochata was also a winner in my book. I love horchata, so I was interested in trying it with coffee. I wish I had waited to get it for dessert because it went well with the churros but more on that later! 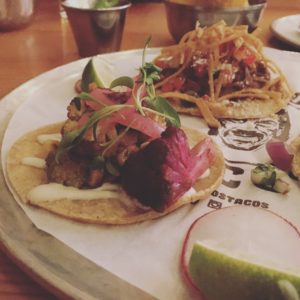 I tried several of the tacos including the rainbow cauliflower taco, mixed with corn, cashew cream, pickled onion, and cilantro; this taco offered a range of flavors that I wasn’t expecting in a veggie dish. I don’t usually like cauliflower because it’s sometimes too soft but to my surprise, the cauliflower was firm and full of flavor. I also enjoyed the carnitas with grilled pineapple taco. It was spicy, but the pineapple offered sweetness to balance out the kick.

I also tried several burritos, not offered at the La Brea location and received another surprise. The chicken burrito was delicious. I typically sway toward steak and carnitas when it comes to Mexican food, but this chicken was juicy and flavorful. The beans were also delightfully seasoned and meshed well with the rice. If you’re into spicy food, I would recommend the spicy shrimp burrito. I struggled to get through it because I’m a cry-baby when it comes to spicy foods but if that’s your thing then that’s your dish. The shrimp was super good, but I had some tears swelling up by the end of the plate. 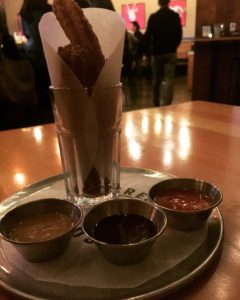 Now for the sweet finale – Trejo’s offers three different desserts and I went for the churros. As I mentioned before, the churros go well with the iced cochata. Because the coffee-based beverage has sweet notes and coffee in it, it pairs well with the churros. The churros came with cajeta, strawberry, and Mexican chocolate sauces. I’m usually a chocolate gal, but the strawberry sauce was the real MVP of this dish.

Trejo’s Cantina offers more than good food. The restaurant brand has expanded to serve craft beers to pair with each taco and burrito. Be sure to ask your server for recommendations for beer to pair with your meal. They have tons of beers, including an award-winning dessert beer, to go with each menu item. Just be sure to keep it safe and leave the car keys at home because you’re going to want to check out a wide variety of the craft beers and maybe even finish the night with a spicy margarita! Cheers!

Harry Potter Butterbeer (For 21+ Wizards and Witches Only)