The LA Food Bowl, a premiere month long food festival, presented by the Los Angeles Times, is in full swing in Los Angeles. All things pertaining to food and beverage, including various markets, tastings, workshops and even documentary screenings, are taking place in multiple locations all over LA and surrounding areas.

In addition to celebrating the best the Los Angeles food scene has to offer, LA Food Bowl is making a point to promote awareness on food waste and hunger.

I know everyone is gushing over the Night Market, but I don’t like outdoor events with a ton of people waiting in line for small bites (sorry guys!) I’d rather take a workshop and learn new skills.

When I heard Electric City Butcher, a butcher shop in Santa Ana’s 4th Street Market, owned by Michael Puglisi, Richard Lu, Steve Sabicer and Shelia Anderzunas, would be hosting their signature Pork 101 workshop for Food Bowl attendees, I jumped at the chance to take it. I had never stepped past the deli counter at my local butcher, so it was an opportunity to learn more about what goes into my meats.

*This workshop can also be taken at Electric City Butcher outside of  LA Food Bowl.

This workshop, led primarily by Puglisi, starts with the basics of butchery; tools/equipment, basic anatomy, food prep, and care. Along the way, attendees learned why purchasing meat from the whole animal is better, the process of raising, slaughter, and sales.

Then attendees watch Puglisi, Lu, and Sabicer broke down a 10-month-old half pig to demonstrate butchery and also to educate them on signs of poor treatment and health to look out for in their meat purchases.

They walked attendees through how to slaughter the most common cuts are the pork chop, tenderloin, belly, shoulder, cutlet and ham (the hind leg). This class was fast-paced, due to keeping meat at a proper temperature.

Puglisi showed attendees that he is able to look at areas such as the ribs and organs to determine if an animal was ill, or even mishandled from a farm.

Not going to act like a tough guy here- this was tough for me to watch and I’ve sat through The Green Inferno! Puglisi and his crew were encouraging me to go hands on, like the other attendees. Although I held out for a while, they finally talked me into cutting the sirloin. It was easy at first but gets very tough around the skin.

After the workshop, we were served one of Lu’s favorite dishes, a Soy Ginger Braised Pork Shank with rice and veggies. We also got to try Chorizo Handpies. Both items were cooked with Electric City Butcher’s meats.

We were also sent home with various cuts of meat. My favorite cut was the pork belly, which I fried up at home with five spice powder and kaffir lime leaves. 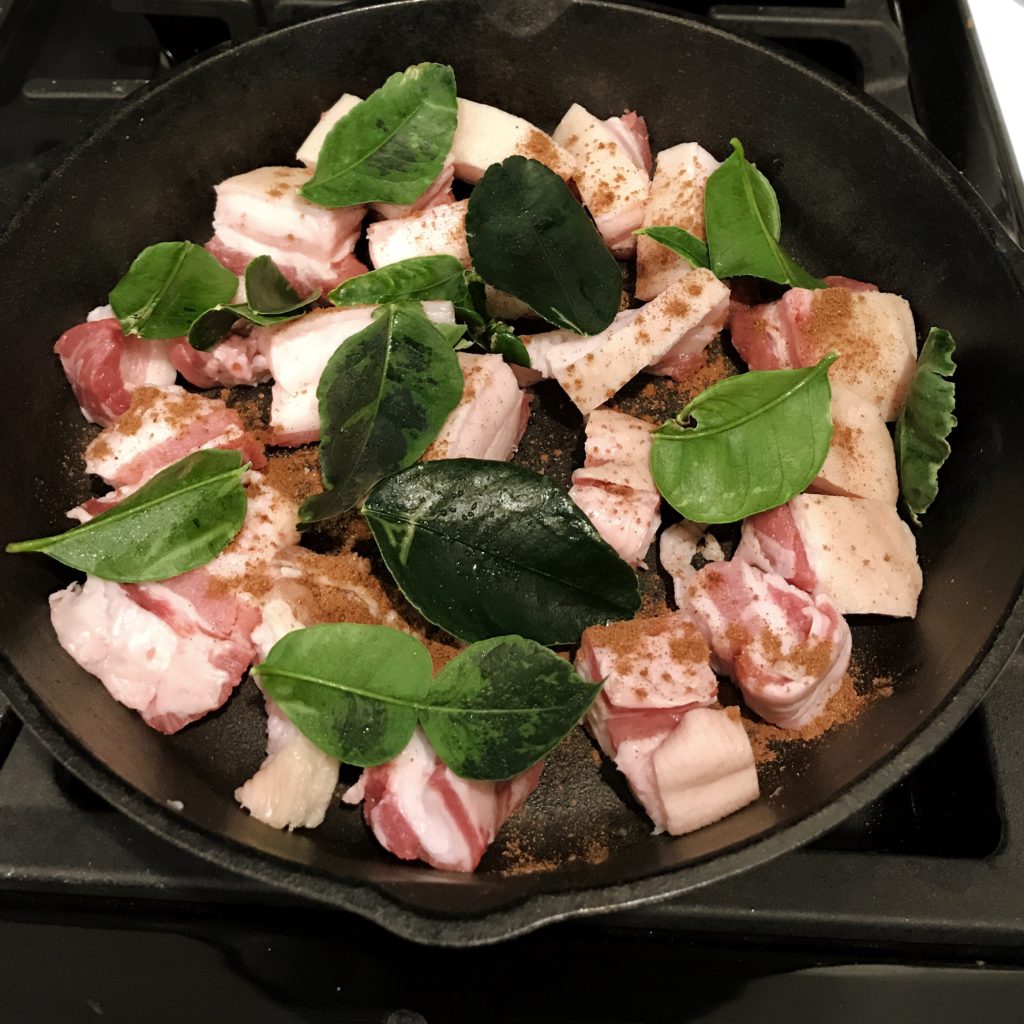 How does this tie into LA Food Bowl’s mission to educate on food waste? Electric City Butcher uses every cut from their animals for sale. And every cut butchered in the workshop was taken home by attendees, so they got a taste of practicing whole animal consumption. Electric City Butcher is also supportive of the MaxLove Project, a non-profit organization founded to help childhood cancer survivors. A portion of sales of their MaxLove Project Mixed Bone Broth goes to the MaxLove Project, which Puglisi is deeply passionate about.

Although I was a bit squeamish during this workshop, we should all better understand where our food comes from and how much hard work it takes to get it on the table. If you can make it out to Electric City Butcher for a workshop, I highly recommend it.

2 comments on “Butcher a Pig, Without Squealing Like One: LA Food Bowl’s Pork 101 Workshop Hosted by Electric City Butcher in Santa Ana, CA”