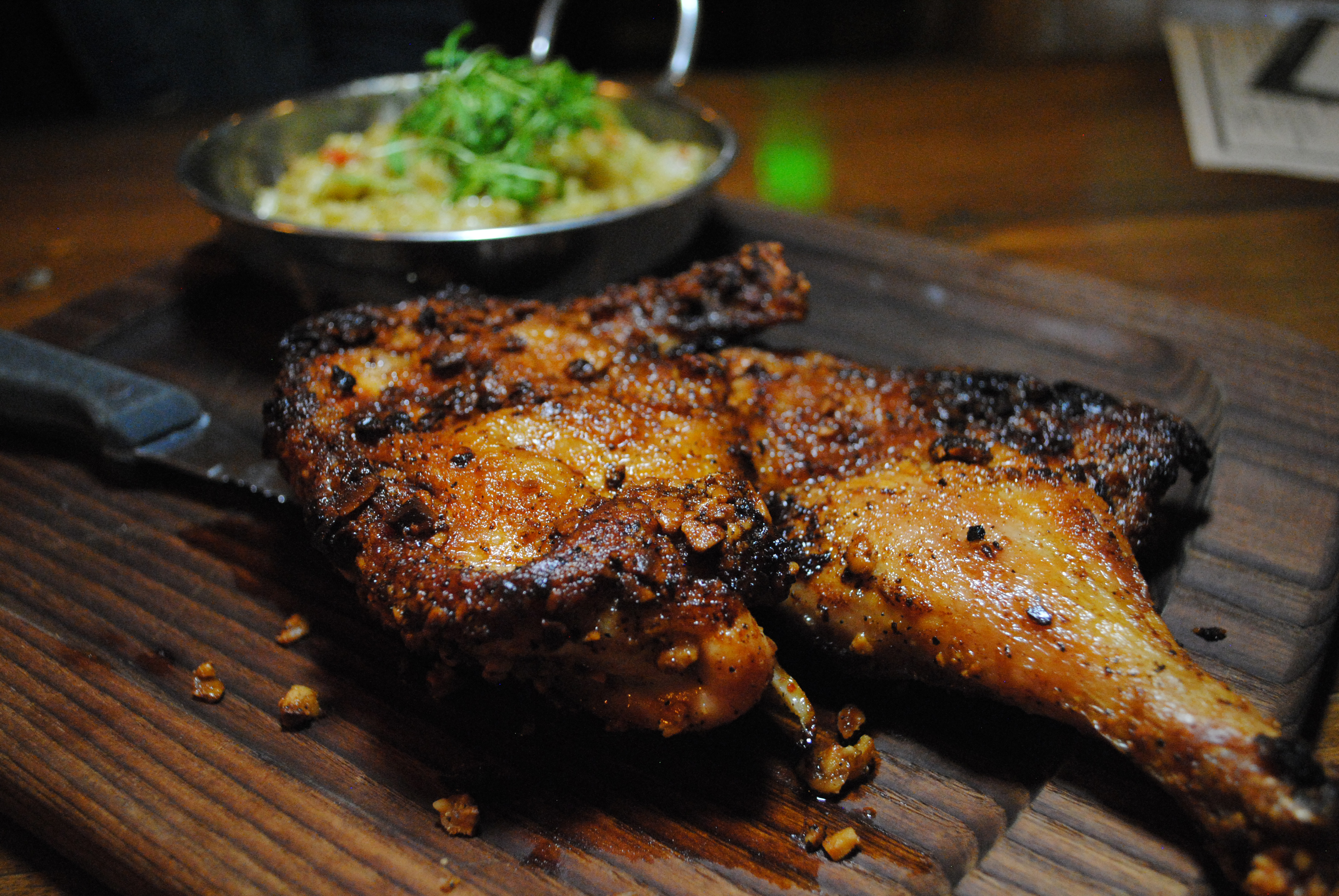 Just in time for Fall, The Rockefeller in Hermosa Beach has a new seasonal menu!  The Rockefeller is a modern-meets-rustic gastropub with craft beer and boutique wines served alongside American fare, located up the hill from Hermosa Beach pier!  With the expert opinions from Chef Michelangelo Aliaga of Primo Italia, the new additions will give you yet another reason to travel down to the South Bay of Los Angeles. 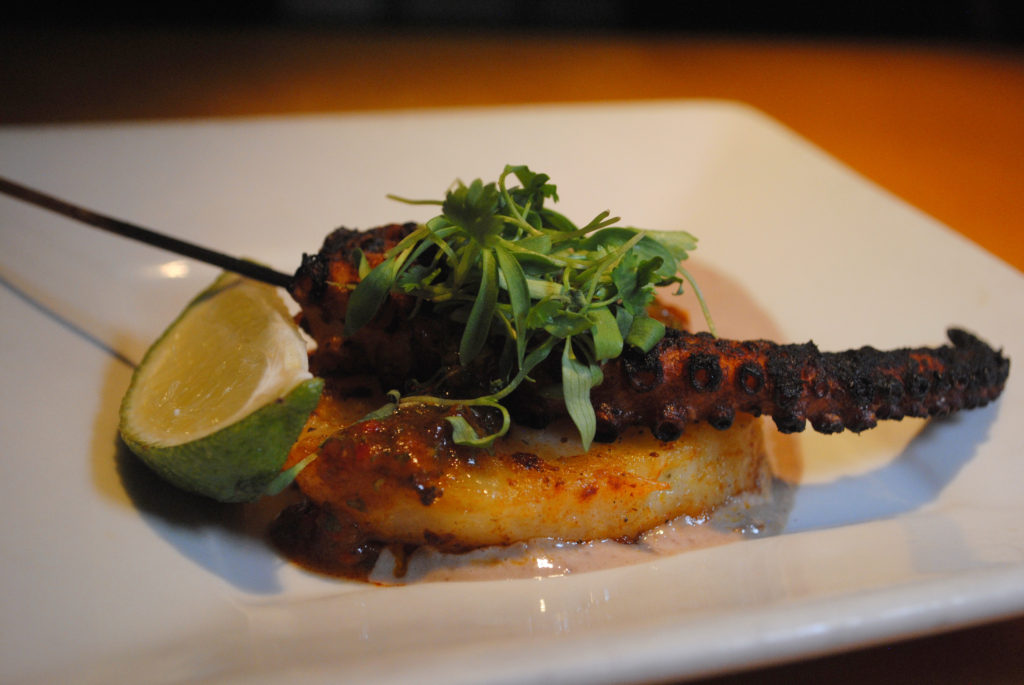 1. Char Grilled Octopus Lollipops, with Basted Potato, Rocoto Peppers, Salsa de Panca, Microgreens, Kalamata Aioli, and Lime
Hot, hot, HOT!  Spicy-food fans, listen up, and don’t let the charred black exterior of the octopus fool you; it’s perfectly cooked with amazing texture!  While the octopus is fully charred on the outside, it’s extremely moist and tender inside, and is perfectly complemented by the basted potato.  You can tell it’s extremely fresh by the lack of salty/overwhelming-seafood taste that can accompany less-premium octopus.  If you want it as an appetizer for yourself then you can simply eat it on the stick, as you would a corndog or lollipop, but it’s also easy to cut and share with a friend.  Even as someone who doesn’t typically go for octopus, this is a strong recommend. 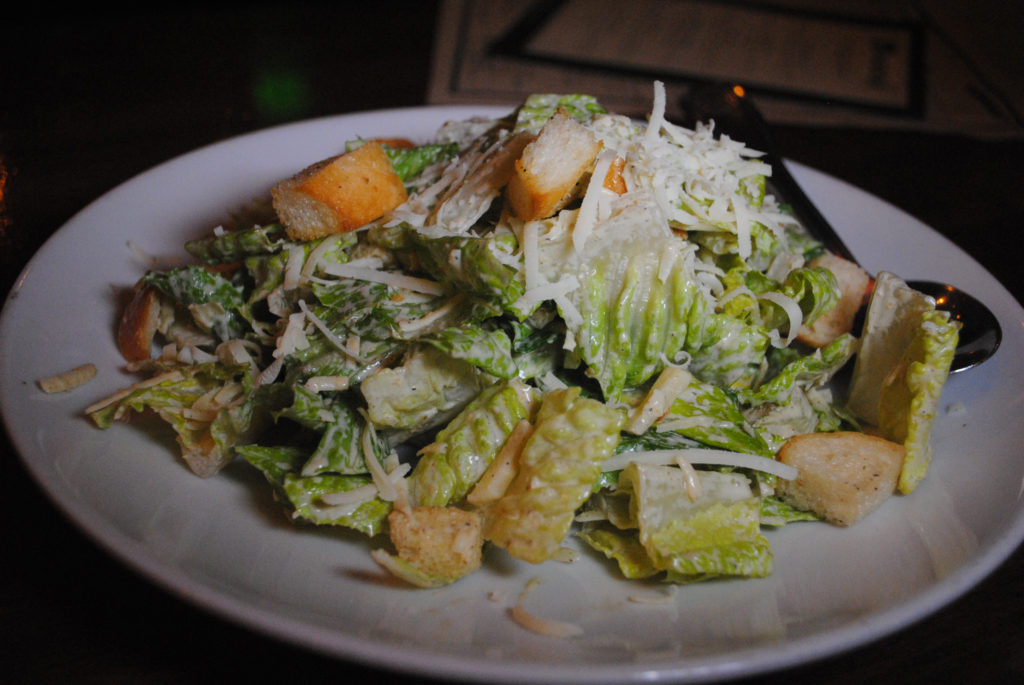 2. Caesar de Cardini, with Caesar Dressing, Romaine, Parmesan, and House Baked Croutons
Typically I steer away from Caesar salads, as they are often underwhelming and less flavorful when compared to other salads with more colorful and diverse toppings, and yet I finally found the Caesar that makes me understand why people have them on the menu or order them in the first place.  The croutons were baked to the perfect level of crunchiness, and when combined with the dressing made in house and fresh parmesan cheese you end up with a worthwhile Caesar salad.  While I enjoyed this salad plain, you can also order it with grilled chicken or a flat iron filet to turn this starter into an entree.  A solid Caesar salad is hard to find, and I am happy to say that The Rockefeller’s received my stamp of approval. 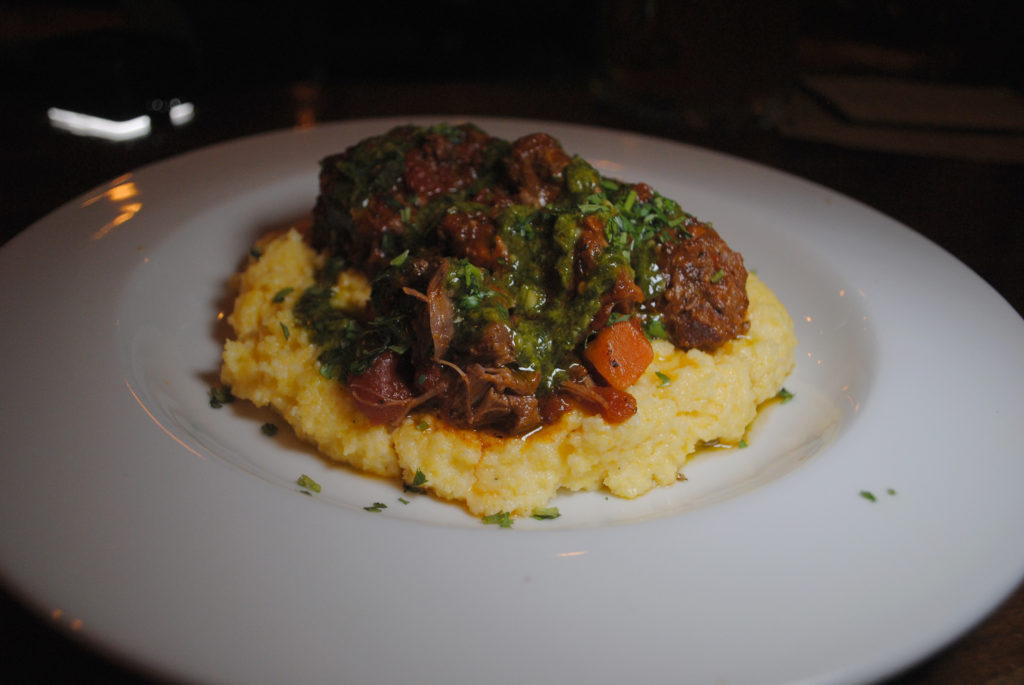 3. Chipotle Braised Pork Cheeks, with Mirepoix Roasted Tomato, Creamy Polenta, Chimichurri, and Cilantro
My favorite item from the new Rockefeller fall menu was by far the braised pork cheeks.  The pork cheeks are browned and then braised for approximately two hours to achieve the perfect level of tenderness where it falls apart and melts in your mouth.  The lean, savory pork pairs perfectly with the sweet, creamy polenta below, which is made with sweet corn, butter cream, salt and pepper.  While much sweeter than normal corn, it wasn’t distastefully sweet for a dinner entree. 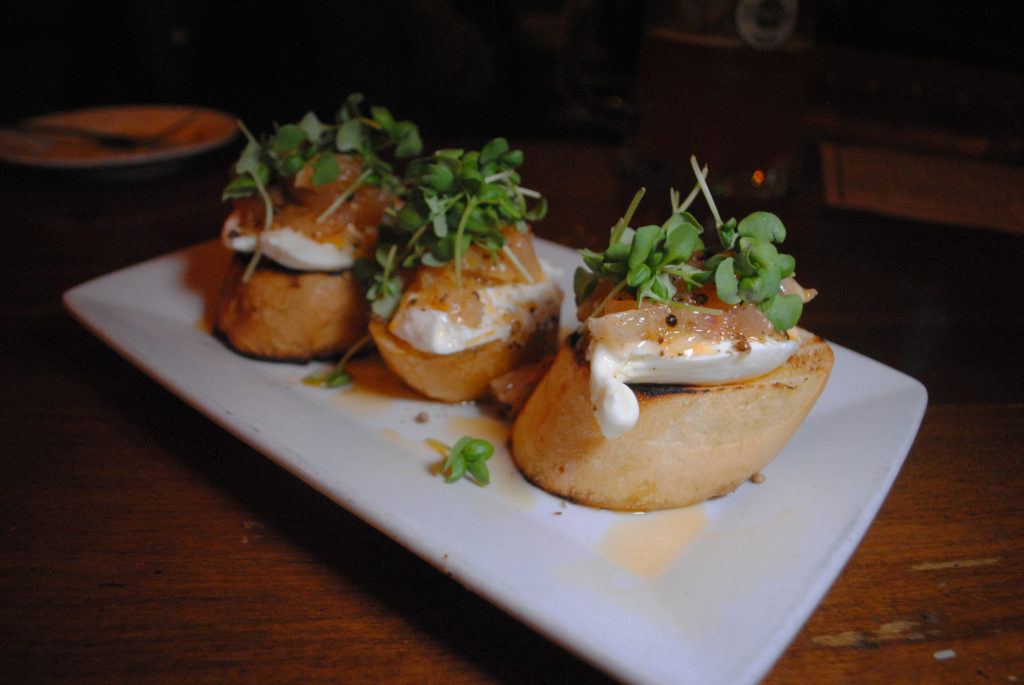 4. Citrus & Burrata Bruschetta, with imported Puglia burrata, ruby red grapefruit, aleppo oil, crushed toasted coriander, and roasted garlic crostini
Trick or treat; am I seeing grapefruit or albacore sashimi?  This play on savory and citrus is the perfect trend for fall and winter citrus, and with burrata being one of my favorite cow-milk based cheeses, I was extremely excited to try the citrus burrata bruschetta, which I’m happy to say that it exceeded my expectations!  The grapefruit is more sweet than sour, almost tricking you into believing you’re eating a mild albacore sashimi upon first glance and taste. You can only tell it’s grapefruit when you separate it from the delicious, creamy fresh bursts of flavor that come from the burrata imported from Italy. The coriander balls also deceive the eye, as it appears as an un-ground peppercorn, but in fact is as floral as cardamom. 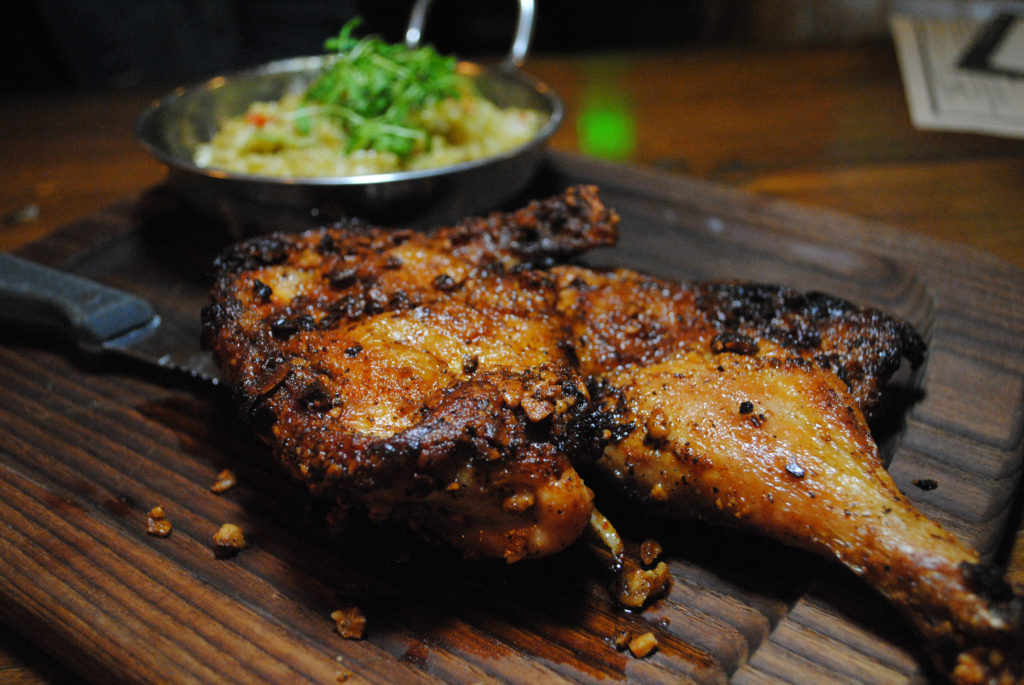 5. Pan Roasted Chicken, made with half of Mary’s chicken, house preserved lemon, crushed almonds, aleppo pepper, served along with cilantro arborio rice with green beans, red bell pepper, and lemon char.
Mary’s Organic Chicken has always been my favorite brand of chicken, and the crushed almonds fried on the skin only enhanced the flavors.  This was a play on Peruvian roasted chicken and green cilantro rice, and given that it was served in an American gastropub, I would say this was a success at diversifying the menu!
Beach Cities Bruschetta burrata Caesar Hermosa Beach Mary's Chicken Octopus Pork Cheeks Rockefeller Seasonal South Bay The Rockefeller

Sing to Us Paolo: A Look Back at the Fatbois in Rome

I unknowingly discovered my love for food in 2nd grade when I decided to take over the lunch-making responsibilities for the household, ensuring the crust was always cut off my peanut butter sandwiches. From there, my love of food guided me to restaurant marketing and culinary consulting, and now I'm living the dream as an Account Manager for Thrillist!  A coffee connoisseur who usually orders red wine, oysters, sashimi, lamb, barbecue ribs, pasta, and/or anything with goat cheese, I'll never turn down a Moscow Mule in a copper mug. My favorite blogging topics include third wave coffee, tastings, and foodie events, especially when there's natural lighting for my DSLR!