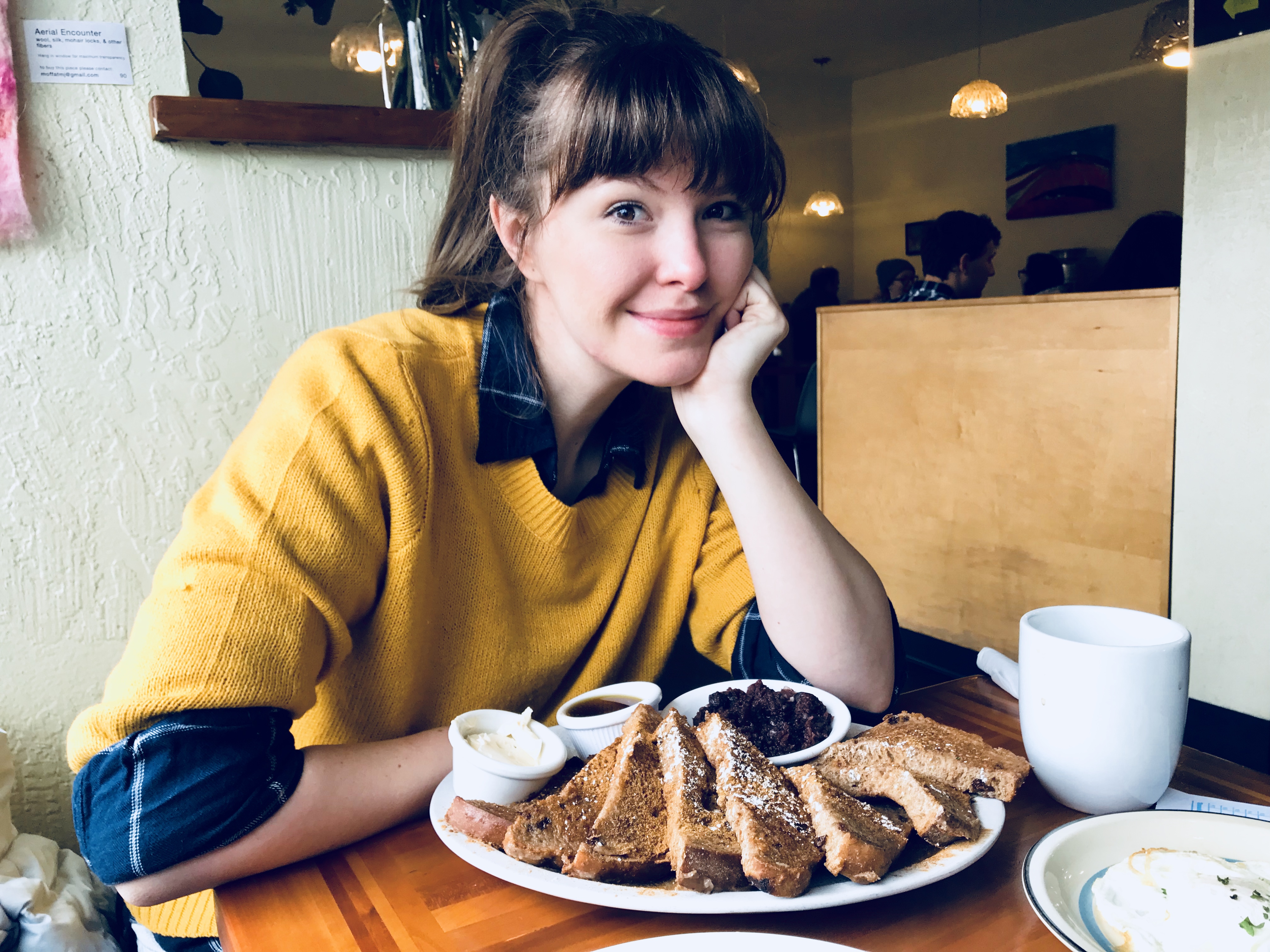 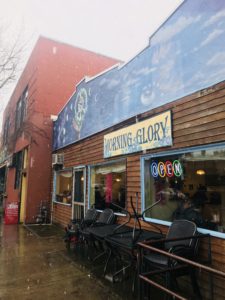 On the brisk snowy mornings of the Pacific Northwest there is nothing that warms the soul more than a big, hearty, and savory breakfast. Being a vegetarian, though, it can be difficult to find such a meal to exclude bacon, sausage and eggs without ultimately settling for a mediocre bowl of oatmeal. Luckily, there is a place in Eugene, Oregon that offers delicious and wholesome breakfast and lunch options that also checks off all the boxes of a mostly vegan diet.

Morning Glory is a small breakfast and lunch café that presents a bohemian atmosphere and vegan/ vegetarian dishes proudly made from scratch and local fresh ingredients. It is the oldest vegetarian restaurants in Eugene. Due to this reputation it is a very popular spot, especially on a weekend morning, so keep that in mind before you visit and expect to wait. Thankfully, this wait will be worth it. 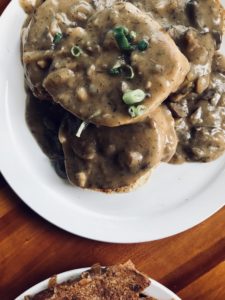 The Vegan Biscuits and Gravy

The dish that I highly recommend is their Vegan Biscuits and Gravy. This was the first thing I ordered during my first visit to Eugene and I can not confirm nor deny that it may have been an influence on my decision to move here from California. Biscuits and Gravy is a breakfast meal that I often crave but can not enjoy due to the gravy being traditionally made with sausage. At Morning Glory, however, they make their gravy with a mushroom base, seasoned heavily with dill, and when it coats the warm and fluffy biscuits it is a great vegan alternative that keeps me coming back. This is a menu item I order every time but on this most recent visit I wanted to change it up and try one of their sweeter options, the Vegan French Toast.

The foundation of their French Toast is the thick slices of cinnamon-raisin walnut bread. Instead of an egg batter they use a cinnamon nutmeg mixture. The toast is then served along with a blueberry-apple compote, organic maple syrup, and vegan butter. 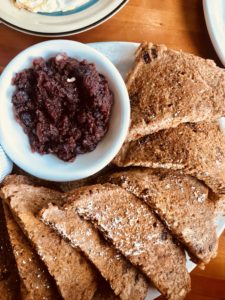 I’ll be honest, their interpretation of the French Toast into a vegan substitute is not as successful as their other savory dishes. The flavors where there, especially in the sweet fluffy texture of the bread that includes the crunchy surprise of the walnuts. Even the thick blueberry-apple compote was a nice fruity compliment for the toast. However, that moist and creamy element that is synonymous with French Toast was lacking due to the bread not being soaked in some kind of a diary and egg mixture. This plate was still delicious but, for me, it wasn’t entirely convincing as a French Toast.

Although a vegetarian restaurant, Morning Glory is still satisfying for the carnivore’s palette. Their food is so good that the average American eater is willing to forgo meat for at least one meal. My Husband was accompanying me this morning and he is a self-proclaimed eater of the meats. He ordered the Biscuits and Gravy for himself but because he loves me, and because he knew I was going to ask anyways, he allowed me to finish his plate. Ladies, find yourself a man who is willing to share his biscuits with you, and then take that man to Morning Glory.

Me, seconds before inhaling the plate in front of me.

Kinilaw For a Mom-To-Be

Tips for Keeping Your New Year’s Resolutions for Longer

Whenever asked “What one item would you want with you when trapped on a deserted island?” my answer is always “a wheel of Parmigiano-Reggiano”. That’s how much I love cheese. In fact, I gave up a solid two year stint of Veganism just so I can get back to consuming the creamy goodness. I do, however, remain a vegetarian. It is my mission in every city I visit to find the best, hearty, and fulfilling vegetarian dish available. When I lived in Los Angeles this task was easily accomplished due to the abundance of healthy options. Now that I am in a new city, Eugene, OR; I have to start my food mission all over again. Moving to this part of Oregon complements my other passion, BEER! There is a micro-brewery on every corner. Eugene is also surrounded by beautiful and tasty wineries. Along with the healthy dose of drinking establishments there is a sprinkle of small, artesian coffee places. It’s simply a dream. When I am not out learning about the food culture of my new home, I usually will cook a healthy meal for myself and my husband, Jake. We currently are brewing our own Kombucha, experimenting with making our own bread, and will be starting the process of brewing our own beer in 2017. Along with eating and drinking, I also enjoy doing photography and art. Looking forward to sharing my Pacific Northwest adventures with you guys.