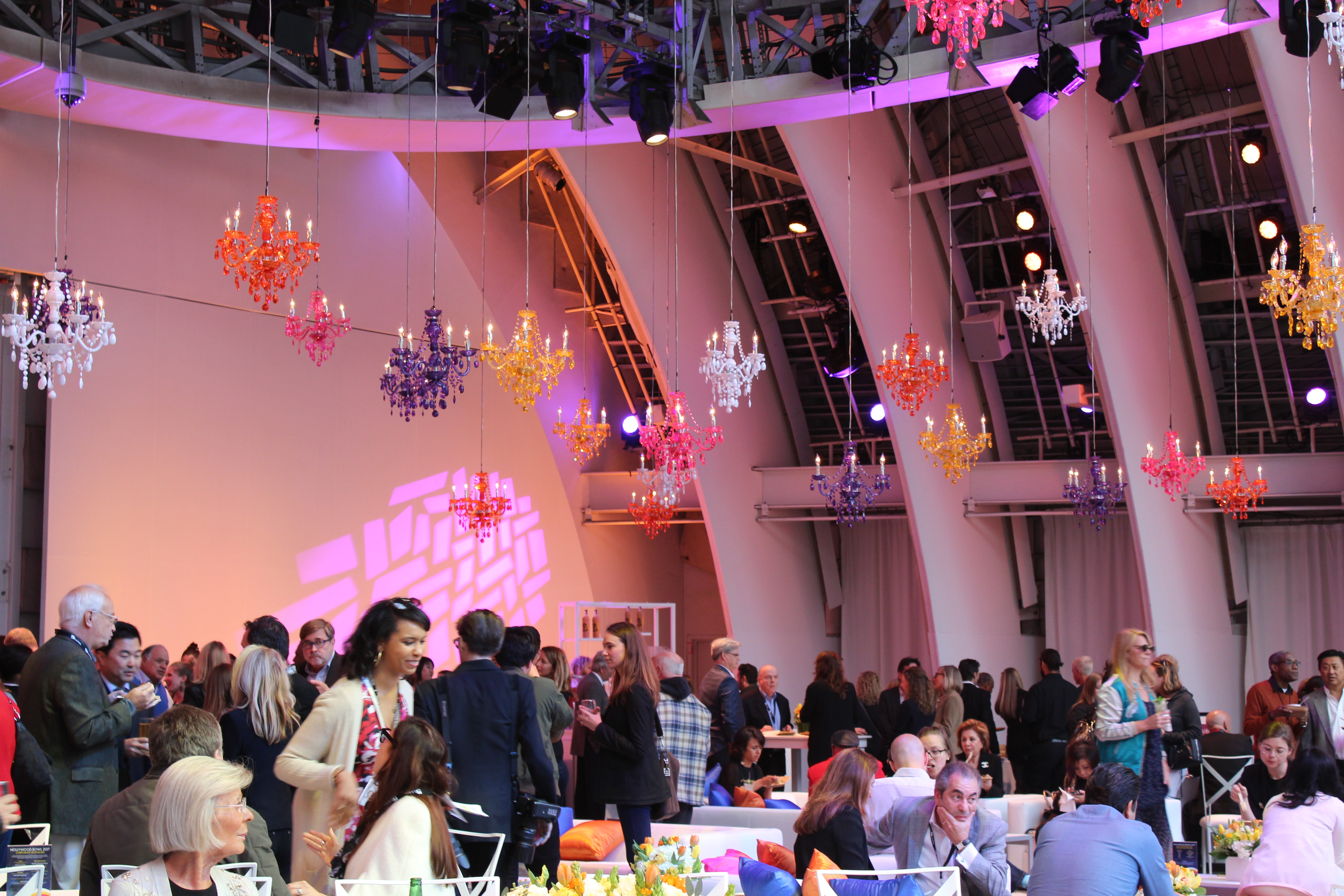 I’ve been living in LA since 2013, but I’m still considered a newbie. There’s so much to do, so much to see, my bucket list is endless. One of those items is to see a live show at the legendary Hollywood Bowl. 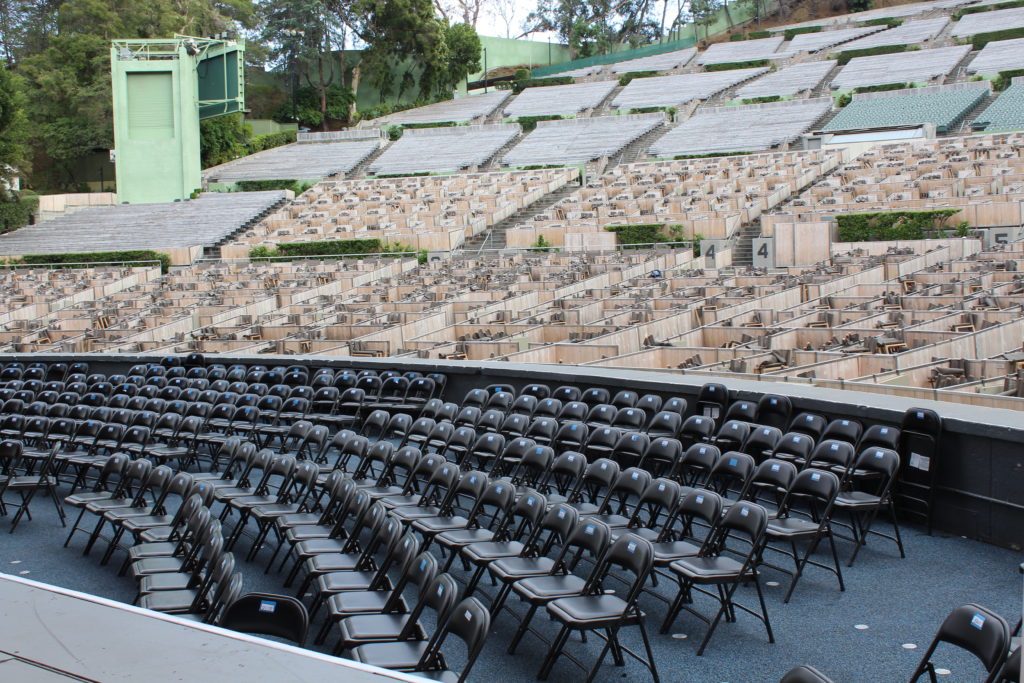 The view from the stage

The Hollywood Bowl, the iconic amphitheater, is the summer home of the Los Angeles Philharmonic and the host to hundreds of musical events each year. I had to pinch myself to see if I was dreaming when I received an invite, on behalf of Girls on Food, for their summer season preview held last night. While it wasn’t a musical performance, there was a DJ spinning tracks from their summer line up.

The craziest part of this event was- I had no clue it was actually going to happen in the famous shell! I imagined we’d be in the seating, not participating as the starring act on stage! 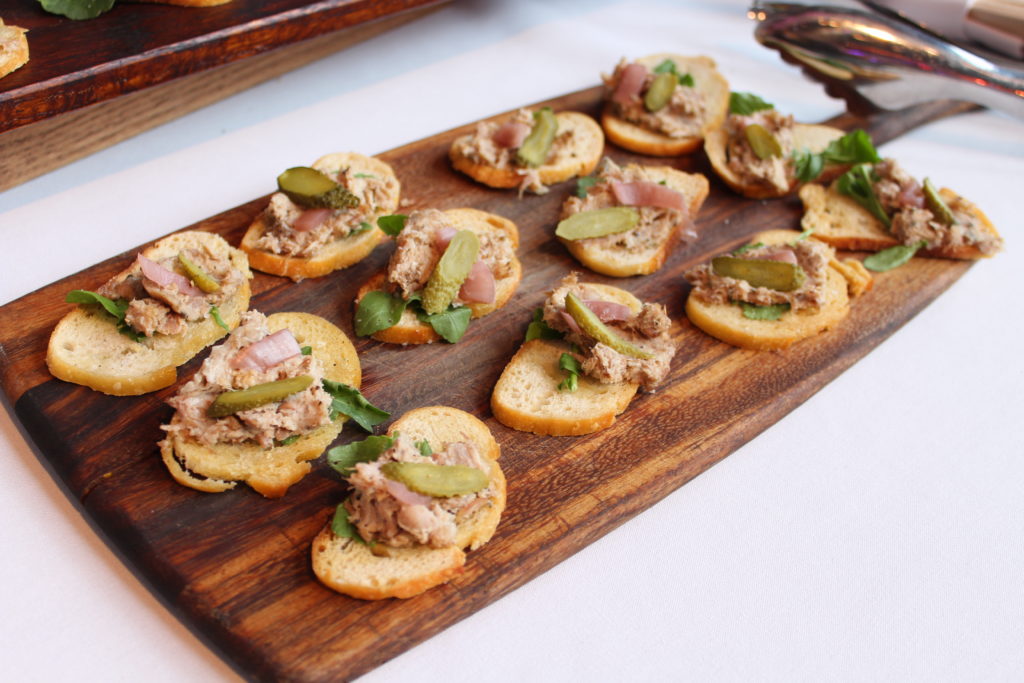 Pork Rillettes by The Wine Bar by a.o.c.

Now, we’re still Girls on Food, so I couldn’t get by without showcasing the bites and sips. The most notable food and wine options for the Hollywood Bowl were provided by Suzanne Goin and Caroline Styne, the ladies behind Larder Baking Co, which I recently took private a tour. In this amphitheater, these celebrated ladies own The Wine Bar by a.o.c., Lucques at the Circle and Sweet Shop. 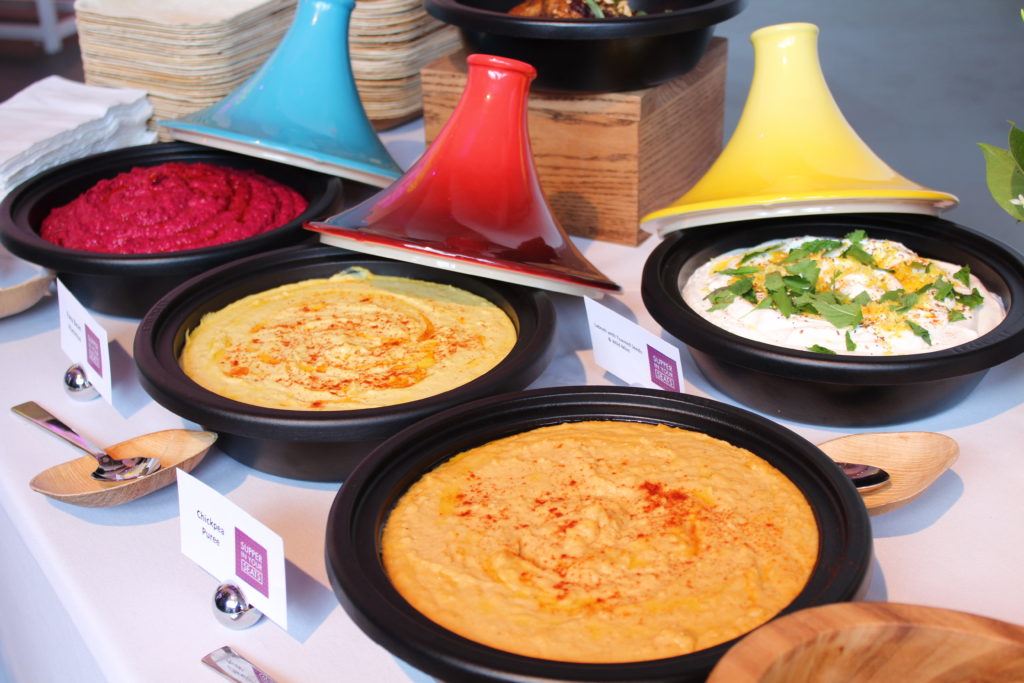 Various dips by Supper in Your Seats 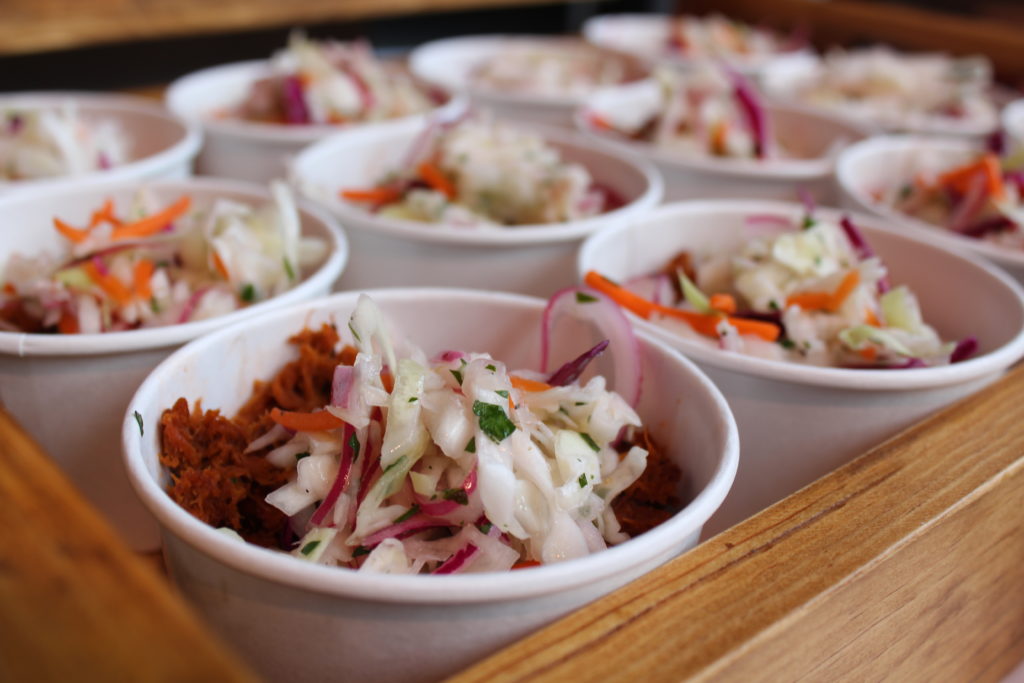 BBQ Pork with Slaw by The Wine Bar by a.o.c. 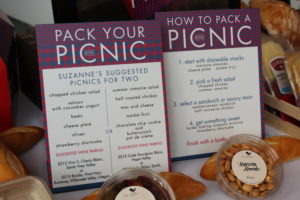 Many concert-goers are able to picnic in the hills surrounding the theater. Did you know you can reserve a spot with food and wine included too? Click the link here to learn how.

Suzanne Goin, of a.o.c., actually has a suggested menu that you can choose to follow. I sampled from this menu, and I can confirm, if you’re picnicking, it’s the way to go! 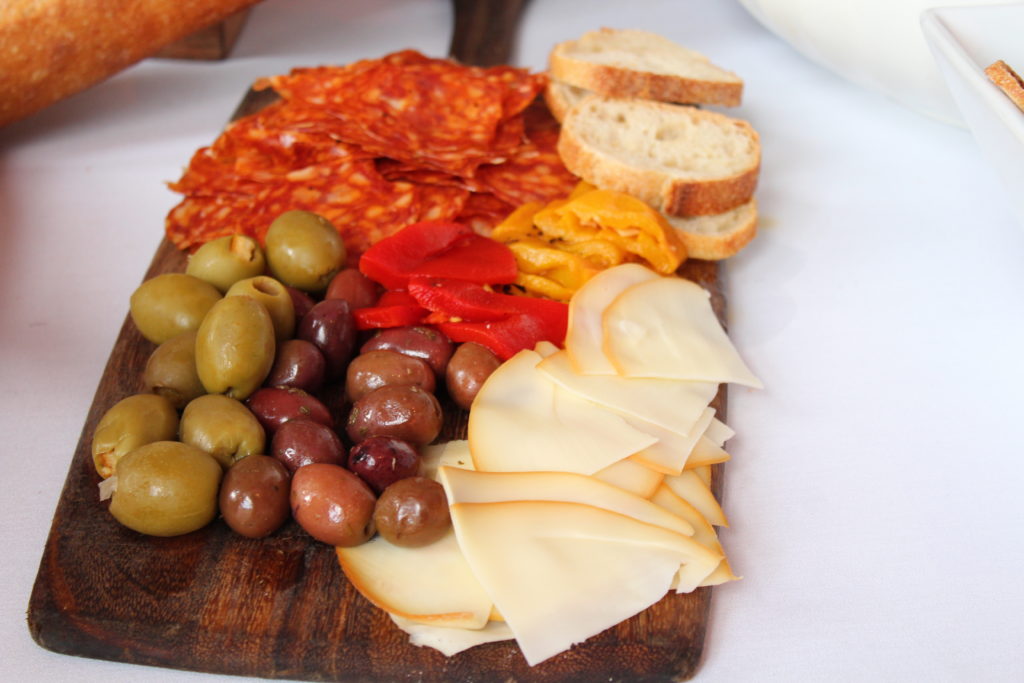 I’m a gigantic fan of Roxy Music and Bryan Ferry’s solo career (no joke, I listen to the Avalon album practically every day). He mastered 70’s/80’s sophisti-pop and was incredibly sexy while doing it. I would gnaw my right arm off to see him live. Buy tickets here.

This is the ultimate #girlsnightout concert! Talk about three different generations of talented women in rock! Since I’m a lover of late-70’s punk and 80’s new wave, seeing Debbie Harry rock out with her boys on stage would be incredible. Shirley Manson live would also be a treat; I was recently reminiscing about “#1 Crush” from the Romeo & Juliet soundtrack. Buy tickets here.

Tony Bennett’s music is truly timeless. My mom has actually seen Tony Bennett perform at the Hollywood Bowl in 2000, with Diana Krall, so fingers crossed I can take her to this show! Buy tickets here.

This is going to be one 70’s funk packed night! Listening to a live version of “Summer Madness” by Kool & the Gang in the middle of an LA summer sounds fantastic. For those of you still mourning the loss of Prince, come out and support his top protégé Morris Day & the Time. Buy tickets here.

I never thought I’d be referring to a cappella group as “a hot ticket,” but Pentatonix is huge and judging by their TV appearances, I bet they would put on a fantastic live show. The Hollywood Bowl is also famous for their 4th of July fireworks. Buy tickets here. 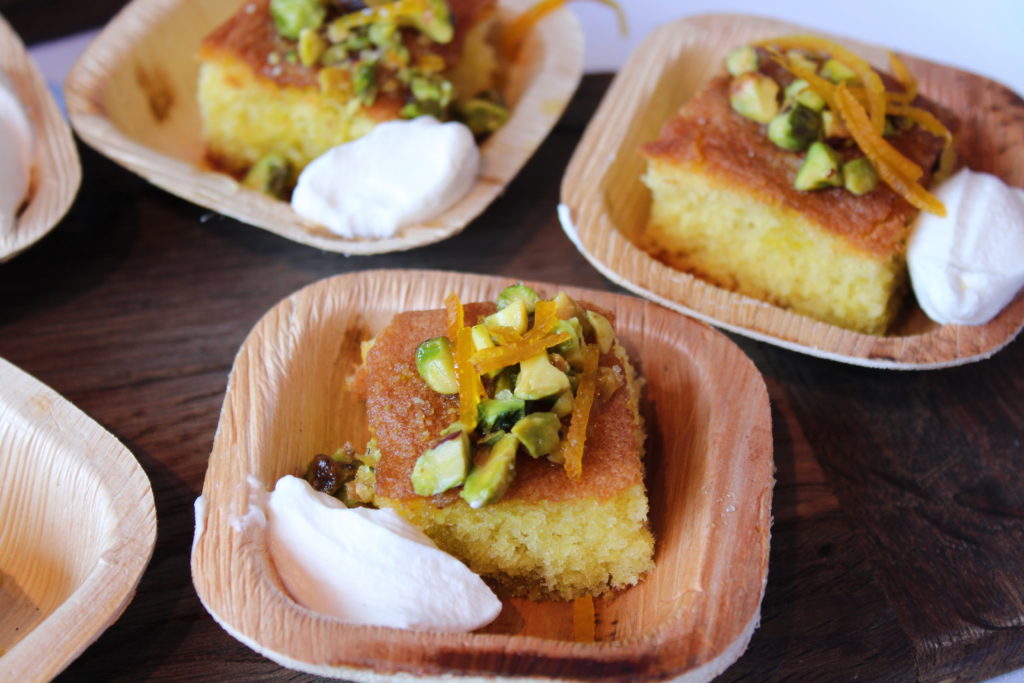 This is one of those Hollywood Nights I’ll never forget!

Special thanks to Jannis Swerman, Scott Wetherby and Andrew Schwartz for making this night happen. 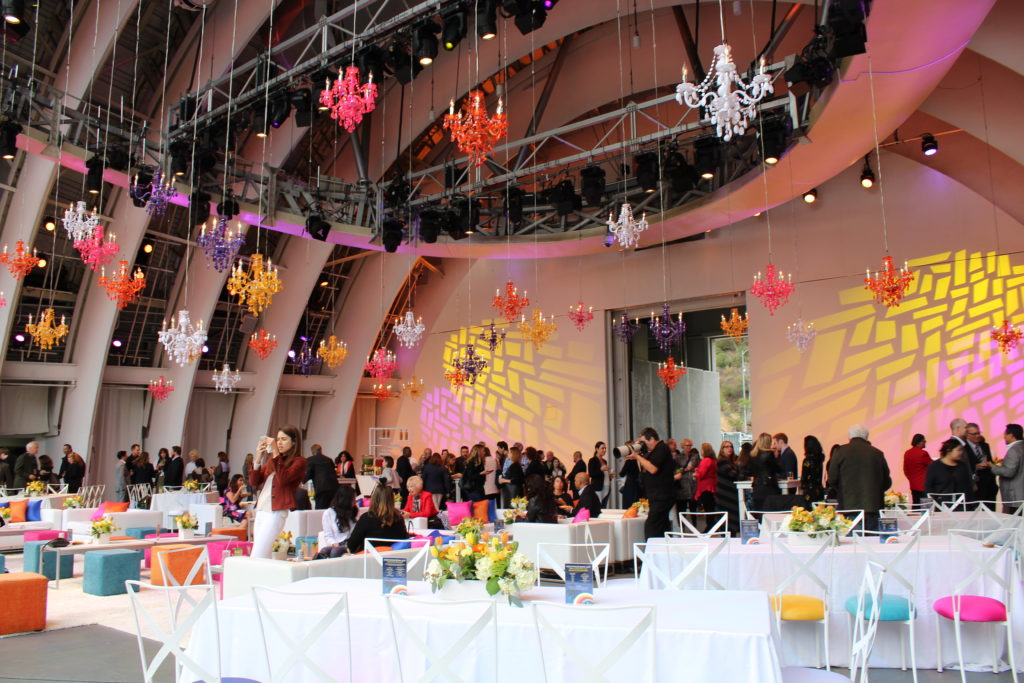 Garden to Table Dinner: Independence Gardens Hosts Dinner For a Good Cause